Turismo Prerrománico > DAYS OF PRE-ROMANESQUE, ROMANESQUE AND TOURISM IN ALLARIZ

DAYS OF PRE-ROMANESQUE, ROMANESQUE AND TOURISM IN ALLARIZ 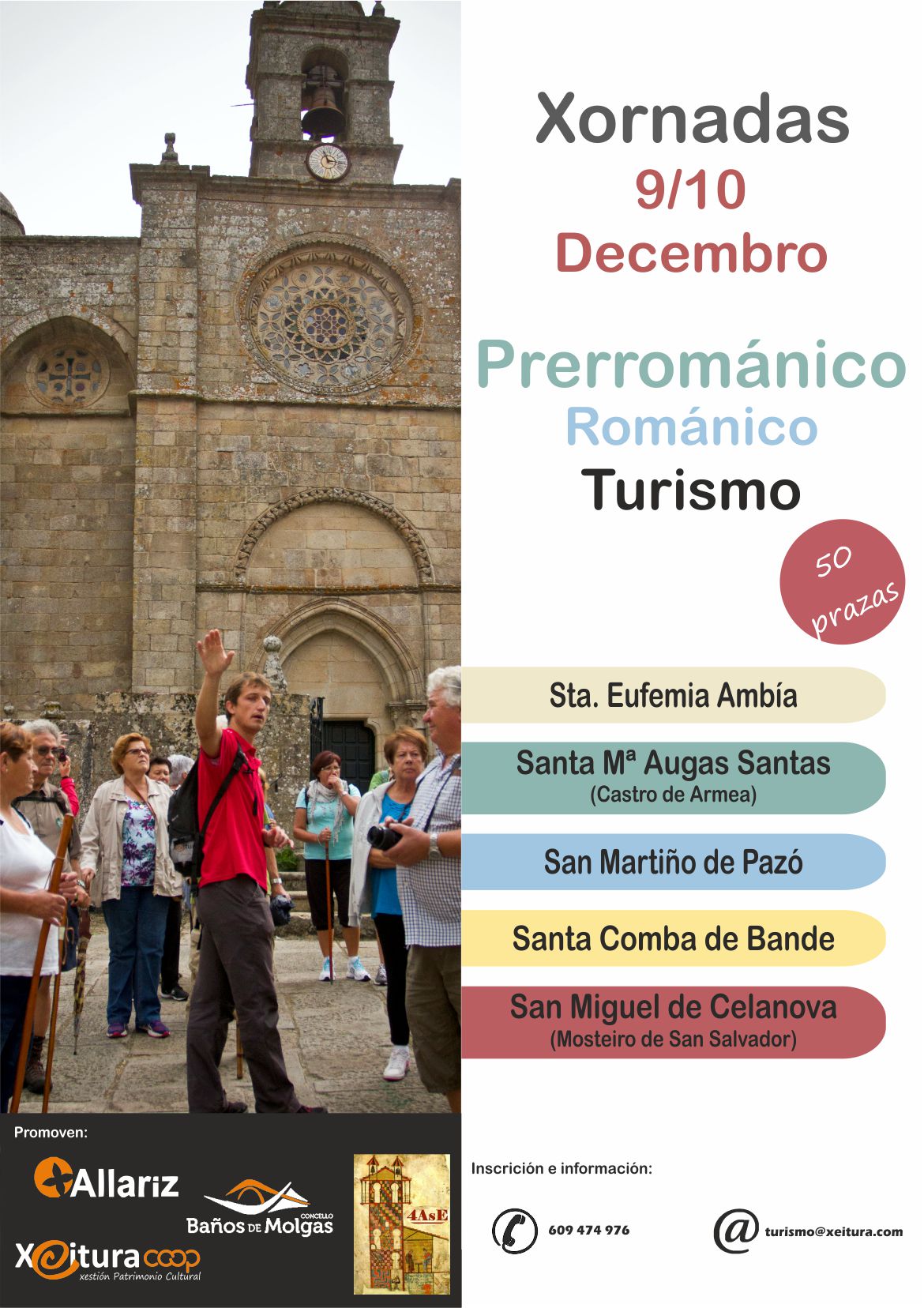 We have participated in the “DAYS OF PRE-ROMANESQUE, ROMANESQUE AND TOURISM IN ALLARIZ”

The Association of Friends of Art Altomedieval Español has collaborated in this initiative of Xeitura (Xestión Integral do Patrimonio Cultural S.Coop.Gal) participating in the organization and attendance of this event that seems to us an example of the interest that begins to exist for the promotion of Medieval Art as one of the engines of Rural and Cultural Tourism, primary objective of our Association.

Orense is one of the provinces of greatest interest for both Pre-romanesque and Romanesque Art in Spain, and the beautiful Villa de Allariz is a very appropriate geographical center to visit eight pre-Romanesque monuments, from Santa María de Mixós, to San Fructuoso de Montelios, and the whole Romanesque of the Ribeira Sacra, so we consider this initiative of Xeitura very interesting.

On the first day, 9-12-2017, after a presentation of the “Jornadas”, and of our information system and trips to Medieval Art, the whole day was dedicated to visiting four pre-Romanesque churches, a Visigoth [ Santa Comba de Bande [ and three Mozarabs [ San Miguel de Celanova, San Matiño de Pazó and Santa Eugenia de Ambía -. As a complement we also enjoyed a visit to the Monastery of San Salvador de Celanova, including an interesting lecture on organ music, a large Galician stew in Allariz and finally a snack in Santa Eufemia. 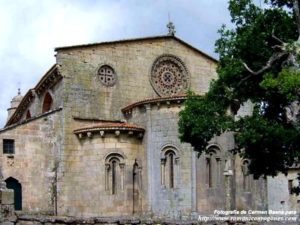 The legend of Santa Mariña, martyr of the second century a.C tells us that as a child she was given by her father to a Christian woman who educated her in that faith, and was repudiated by her parent. Turned into a beautiful young woman, Olibrio, high Roman office, tries to seduce her without success despite many torments from which she is miraculously saved. In the end, Olibrio had her beheaded. Three springs with healing properties sprouted up in the places where she dumped her head: Aguas Santas. 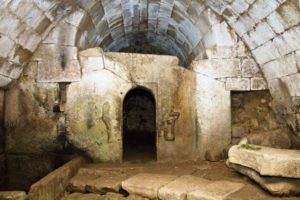 We have toured with Xeitura the church that was built in his memory, the Forno da Santa, where he suffered martyrdom, and the first part that has been excavated from the nearby Roman Fort of Armea recently appeared, in which an estimated 4,000 people were able to live.