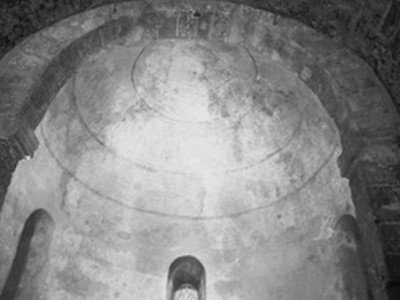 Considered as the cathedral church within the Episcopal Ensemble. It is the building at the south end that has survived 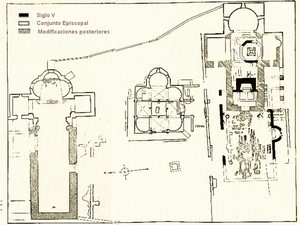 very much modified with regard to what is supposed was its original structure. It was built largely upon the previous basilic and paractically upon the same axis but enlarged to the east so that the basilic and the baptistry of the 5th century had been left within. Originally it was a three nave basilic of 18.5m long. Its northern side reached probably the church of San Miguel, with one door to communicate between them. It had one only apse, still preserved, of square plan externally and very pronounced horse shoe arch shaped internally, very similar to those of San Fructuoso de Montelios, Santa María de Melque and later in several Mozarabic churches like San Cebrián de Mazote, Santiago de 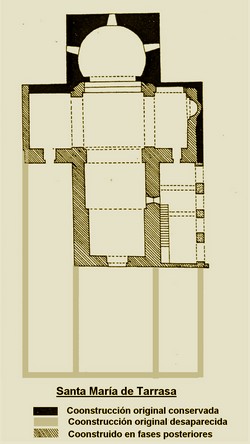 Peñalva and even San Miguel de Escalada, although all of them had an apse for each nave in the chevet, whereas in this case there were three naves and one only apse. The access arch to the apse of the central nave, the only one that exists today, although rebuilt, is also horse shoe shaped upon imposts that would have leaned upon columns and capitals that today have been replaced by a poor quality filler in the lateral walls up to the end of the imposts.

From its initial construction, only the apse an part of the first stretch of the naves still remain. The disappearance of the two lateral ones left a sort of a crossing in front of the present nave that corresponds to the central one of the original basilic, although shorter because the two lateral naves have disappeared, what generates in the present church a plan with the shape of a Latin cross, very different to what must have been its original appearance. Besides this nave, in the reconstruction of beginnings of the 12th century the present crossing was completed and a dome was added upon its intersection with it, that supports a bell tower, all Lombard type.

As in everything preserved of the initial construction in the other two churches; the kind of bond is very regular, based on small ashlars sometimes 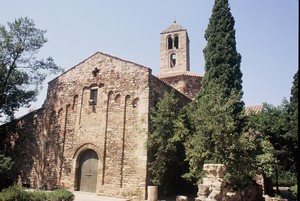 alternated with bricks and using larger stones in the corners and in some cases, probably reutilized, well squared ashlars. In the sanctuary a triangular pediment of the same kind can be seen, but with stones of a different colour. The only covering preserved from this phase is the apse’s, that is vaulted dome shaped. Two Roman amphoras showed up inside. The covering is two pitched, flat tiles interspersed with curved ones. Covering the whole apse’s dome, a set of pictorial decoration can be seen., distributed in concentric circles, similar to those of the dome of Centelles, but with religious motifs that recall the Mozarabic miniature and that, from our point of view, would belong to the 10th or beginnings of the 11th centuries, although several authors consider it is from the 9th century.

The doubts about the building date of the basilic are generated because, all the structural features, with the apse’s plan, the access arch and the horse shoe shaped widows, and a kind of vault that 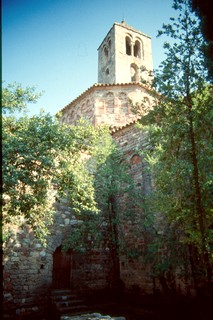 already existed in Spain since the Roman period, lead us to place it in the Visigothic or in the Mozarabic periods, we find that the kind of bond used, although also known since Roman times, recall more the Carolingian art, relating it, for example, with Germiny-des Prés. In principle it is clear that they seem two contradictory features that compel a very complete analysis from the artistic as well as from the historical point of view, in which we find several circumstances worth bearing in mind: 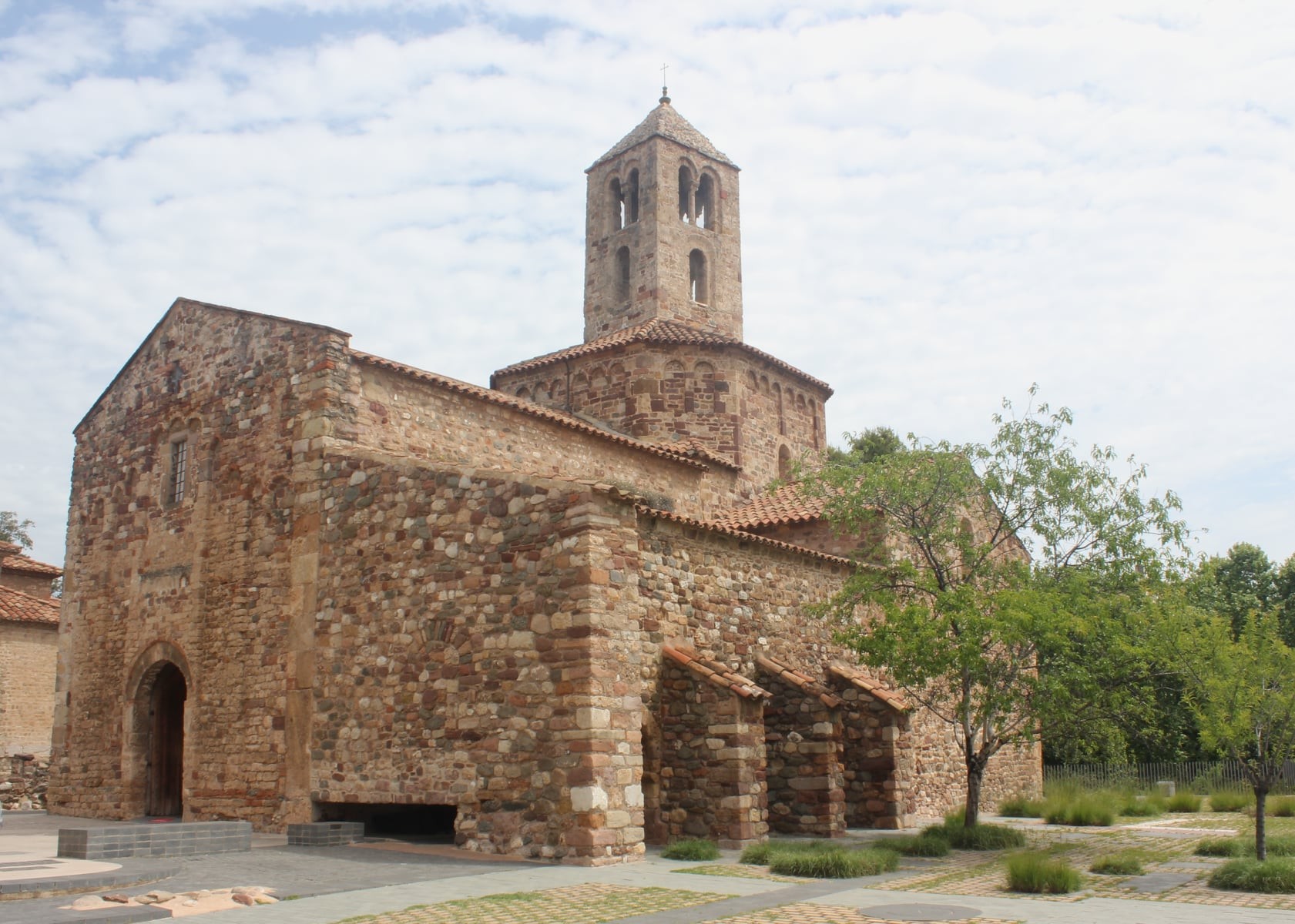 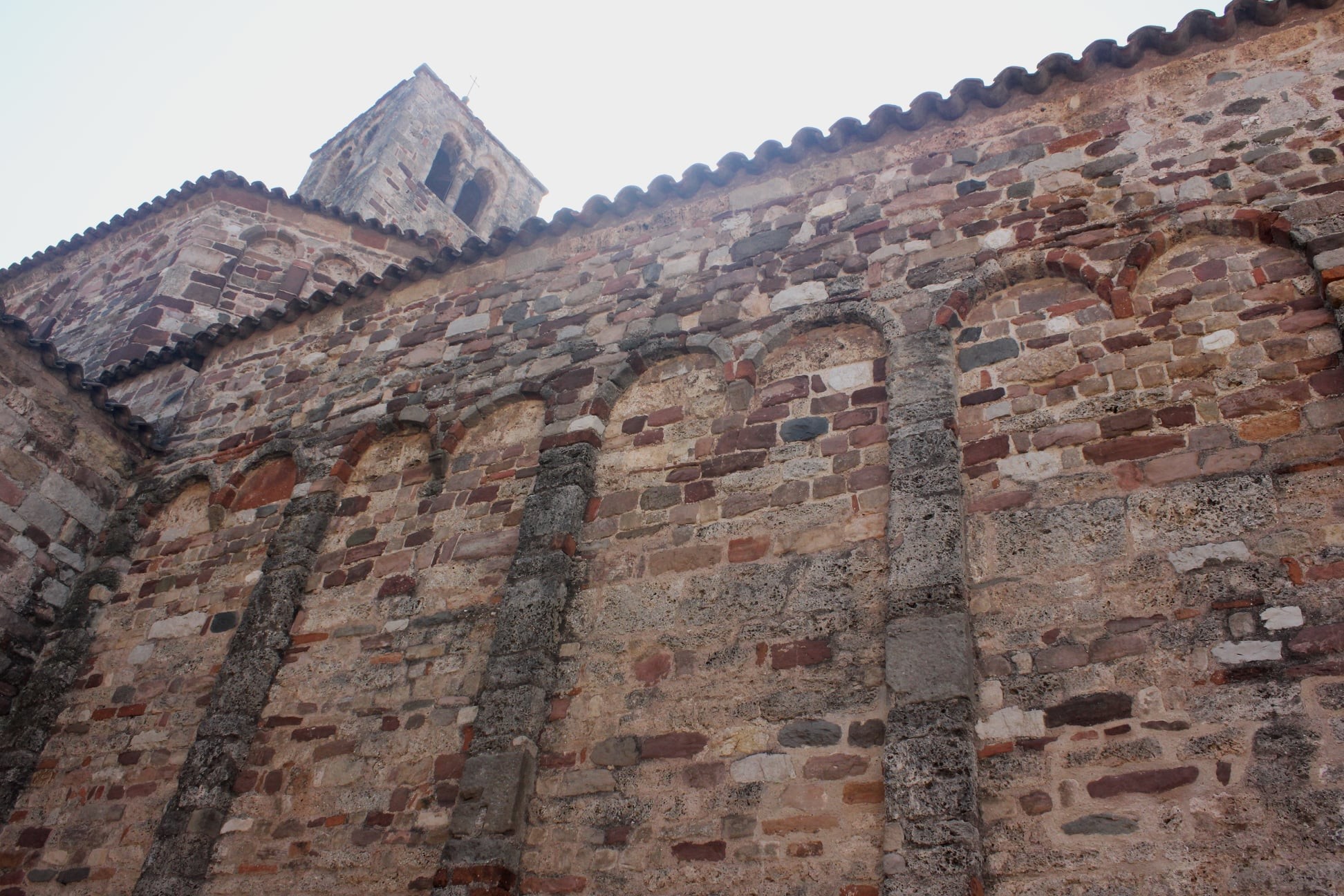 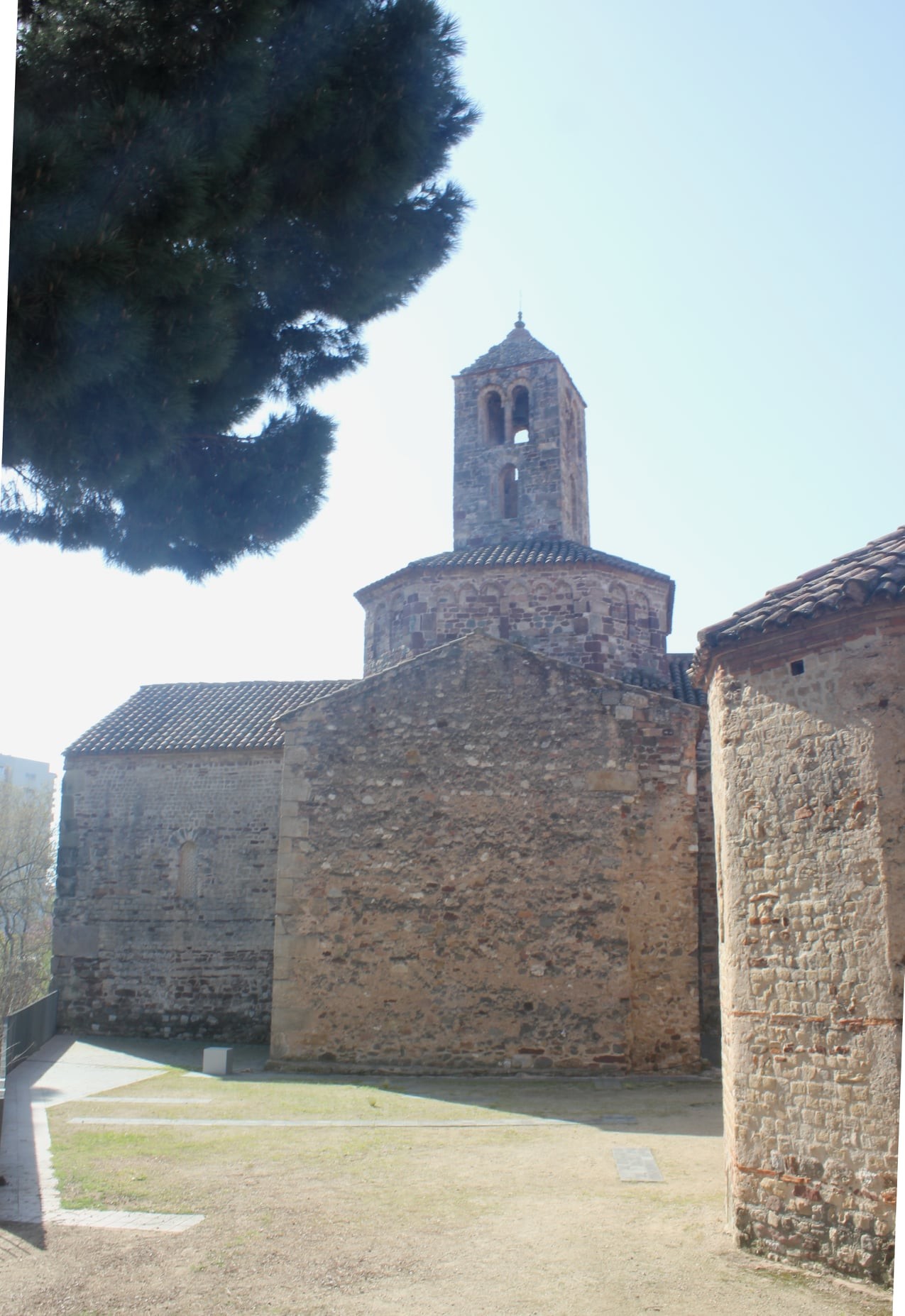 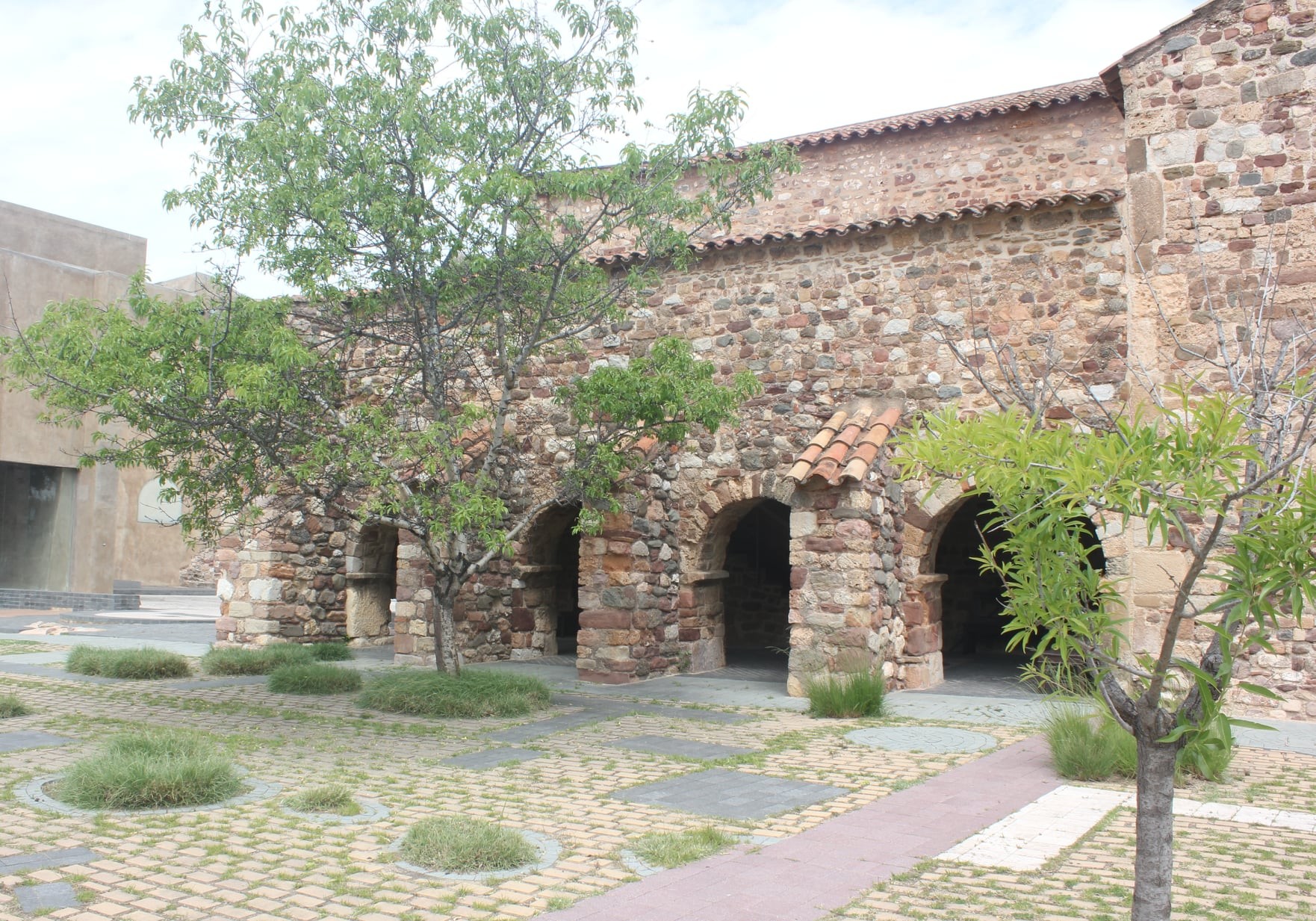 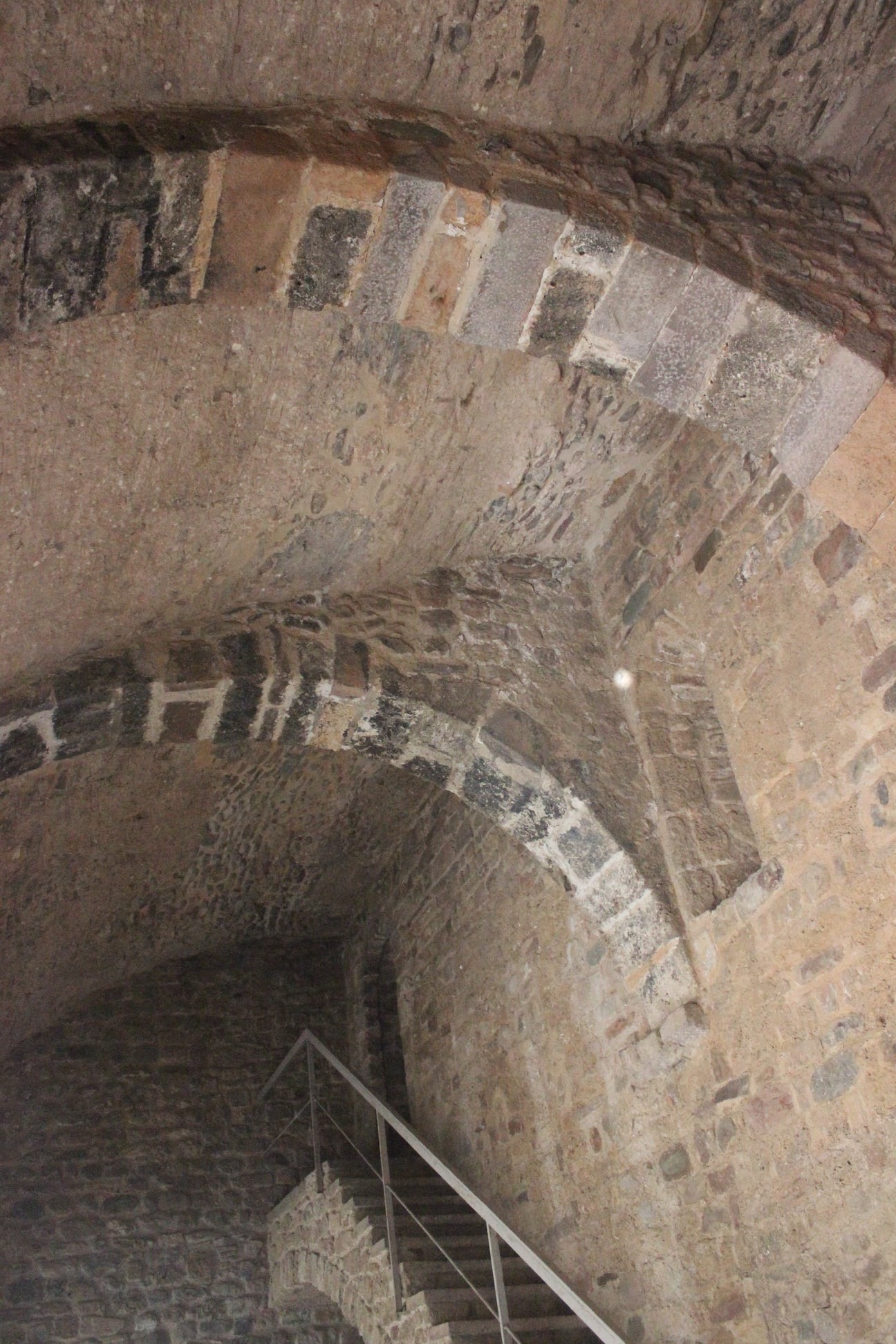 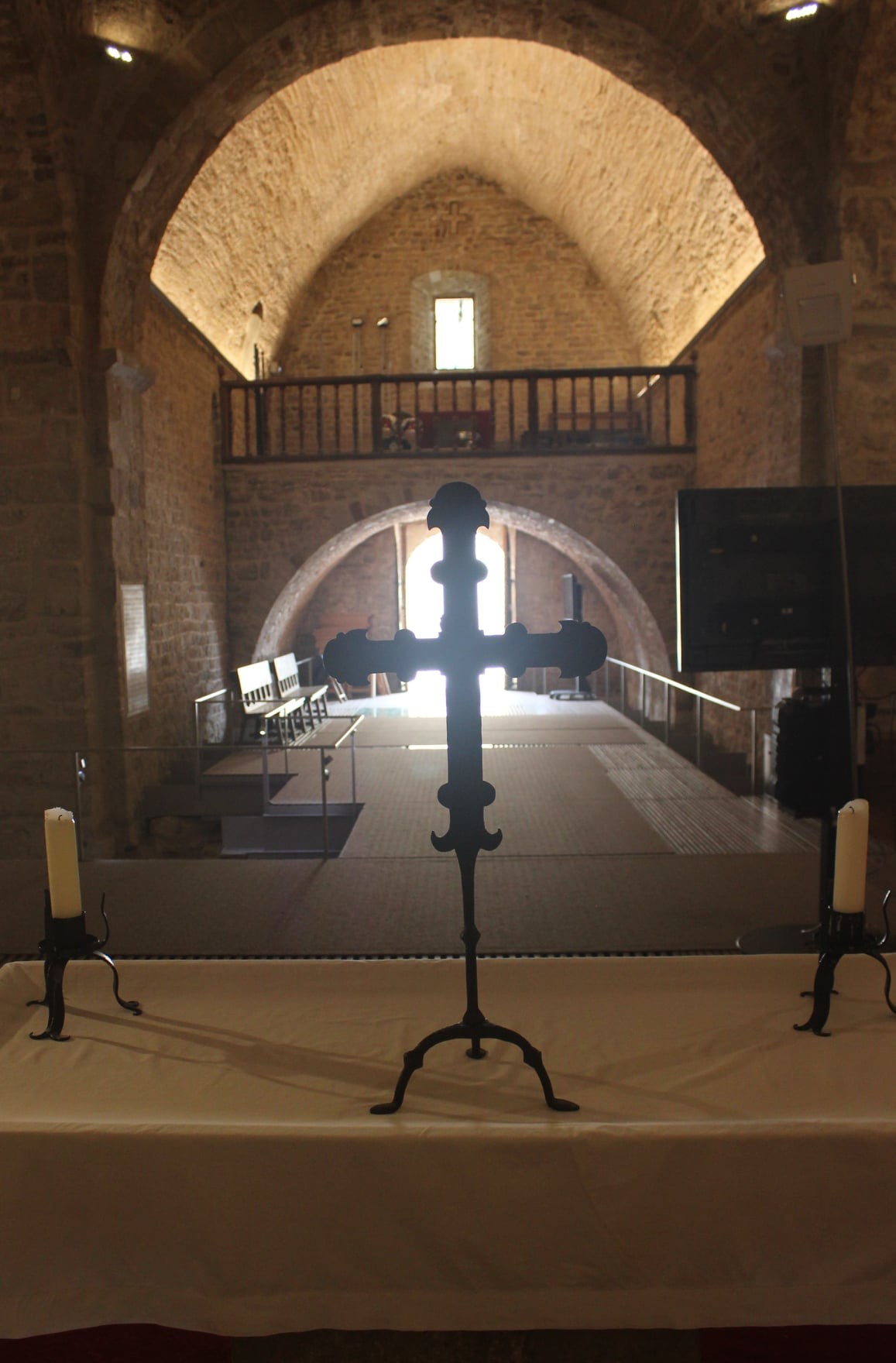 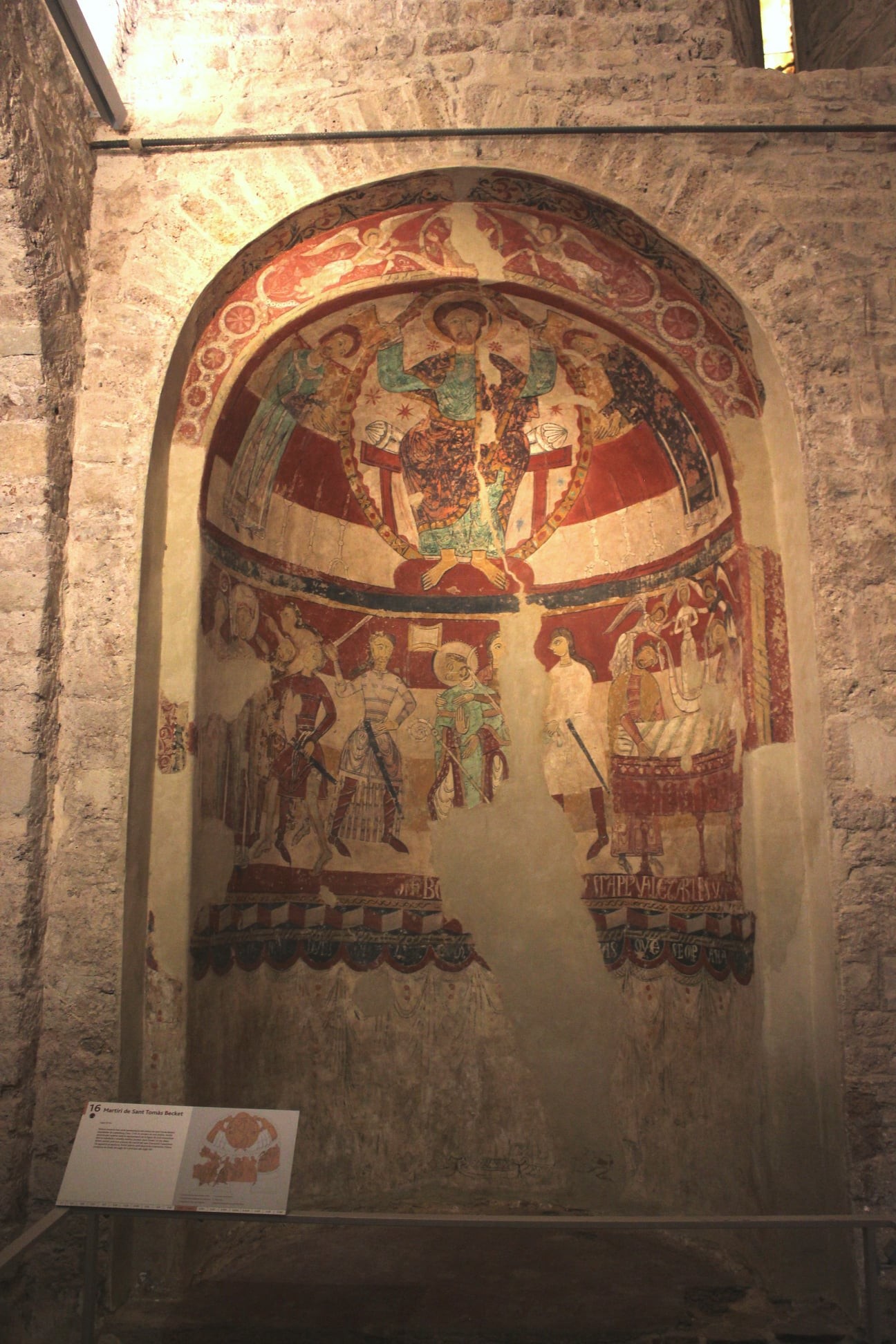 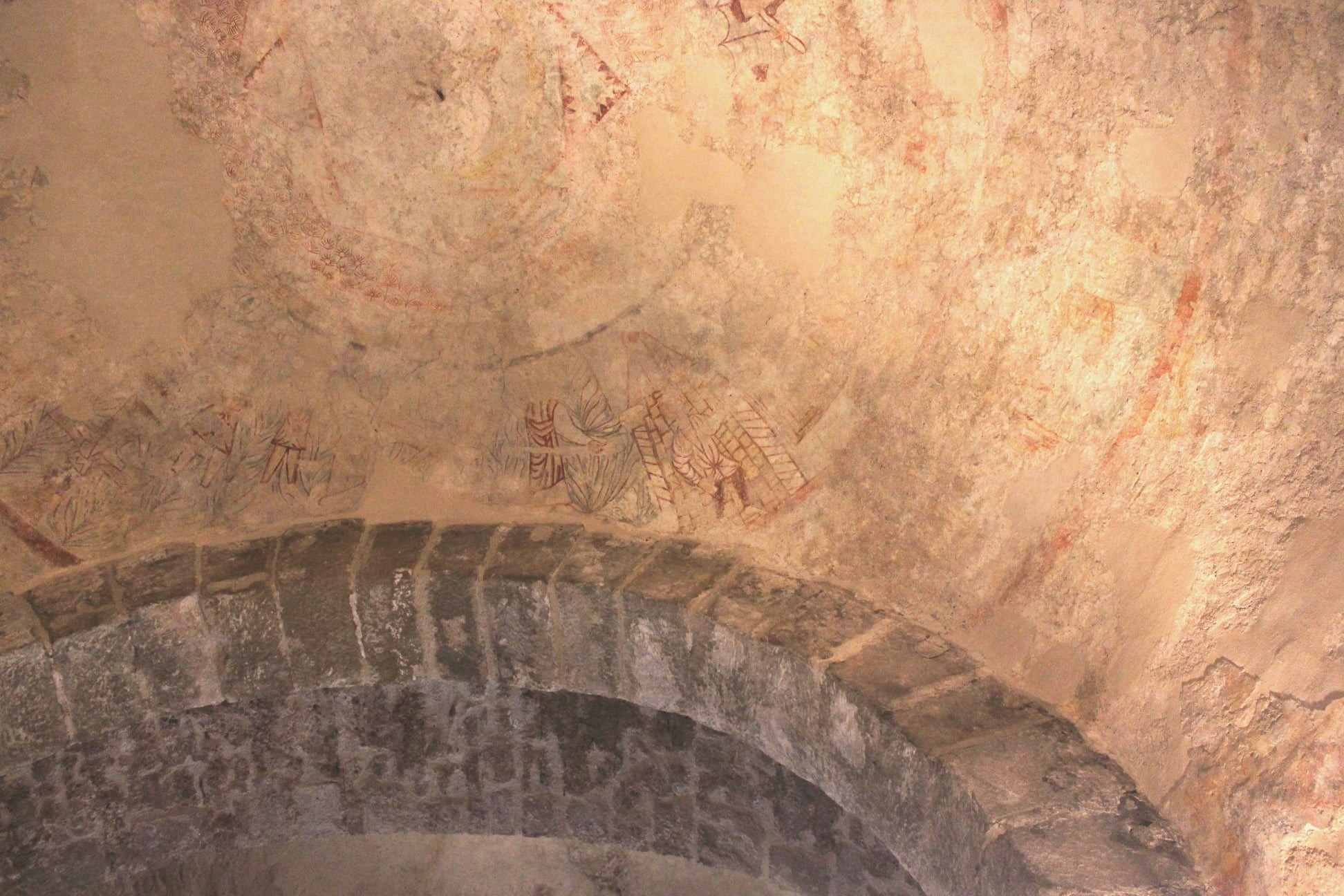 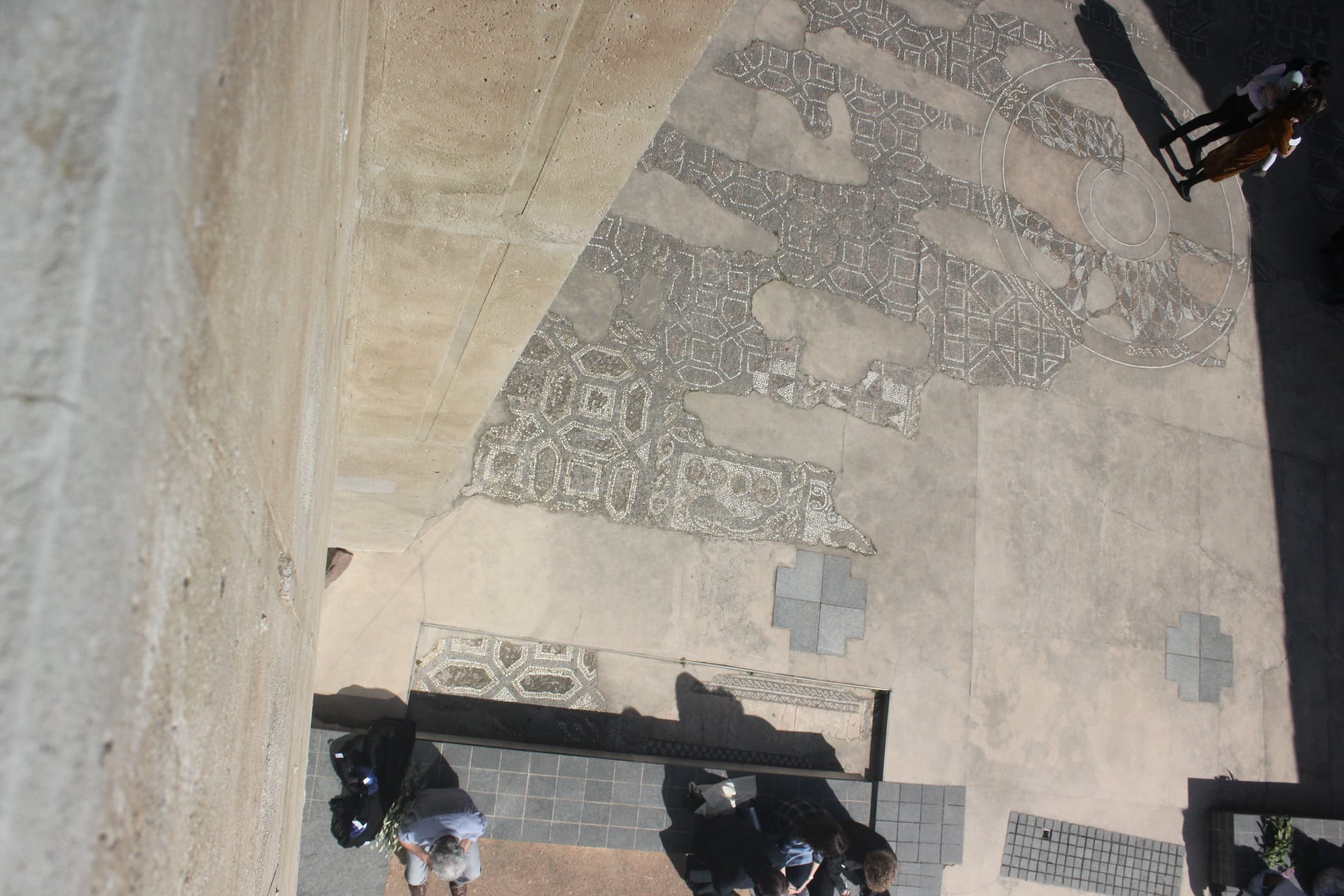