Different to the rest of the monuments in our files, we
recommend our readers not to visit it for the time being.

In fact, after the church was excavated in 1967 by the German
Archeological Institute in Madrid 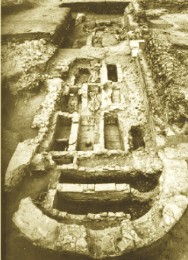 , founded by Helmuth Schlunk, and the Leonés Institute
of Romanesque-Visigothic Studies, and declared historical-artistic-archeological monument by Royal decree of 1979, becoming Cultural Interest Different to the rest of the monuments in our files, we recommend our readers not to visit it for the time being. In fact, after the church was excavated in 1967 by the German Archeological Institute in Madrid, founded by Helmuth Schlunk, and the Leonés Institute of Romanesque-Visigothic Studies, and Element in 1985, it has been practically abandoned for 40 years, so the last remains of the paintings have been lost and there has not been any acting on it except a protection railing by the Town City Council of Villaturiel. Possibly because they were afraid that something like that could happen, when the excavations were over, the remains were covered with earth and sand to avoid its eventual decay, and part of the pieces found in the excavation are exhibited since a year ago in the Provincial Museum of León. Now, only among the weeds, rests of a part of the walls up to a level of 1m high in the nave and 2 meters above the ground level in tha apse, may be recognised, but absolutely nothing of what was excavated in the sixties.

After the Junta de Castilla y León in June 2005 turned down the development of a master plan to save and record the site, in October of the same year the Council of León approved a budget to cover the zone and later, in 2006, the Fundación del Pastrimonio de Castilla y León finally approved a subsidy that covers 80% of the plan presented by the Council for works in the basilic. This plan has two phases: the first one foresees to raise a building that would let visiting the site, walking on pathways over the remains, and also record the whole ensemble. Its surface would be around a thousand square meters. The second phase comprehends the creation of an archeological hall in the vicinity designed to investigate and spread the findings of the excavation of the perimeter under the building. But unfortunately, after almost two years, nothing has changed; the monument continues to be lonely and only protected by railings, despite the clear purpose to start up of Mr. Antolín Martínez’ projec, mayor of Villaturiel, whom we thank for his interest to let us visist the remains so as to thus include the Basilic of Marialba among our files of Spanish Pre Romanesque Art. We are looking forward to receive the news that the works have started and that we will soon be able to enjoy the Archeological Park of Marialba.

For the time being, the moment of analyzing the monument, we must base ourselves in the information about its special features obtained from the excavations of last century and for that we have to bear in mind that a great part of the Christian buildings that we know from the 4th and 5th centuries correspond to funerary constructions, among which we can distinguish three types:

The ruins of this building are located in one of the zones most quickly christianized in the peninsula, a few kilometers from León At the beginning the construction was a cemeterial basilic built in the second half of the 4th century, but that at the end of the 6th century was turned into a martyrial basilic. It was formed by a rectangular nave of 23.44m by 13.60m with a horse shoe shaped apse internally and externally at the southeast of 9.55m diameter, extended a bit more than 1/3 of its radius, where remains of the staircases are still there, what indicates it had two levels, a lower one, where thirteen tombs were found, and the upper one for worship. The nave ended in a sort of an elongated nartex with a door to the outside and the other one towards the nave, face to face in the middle of the longer 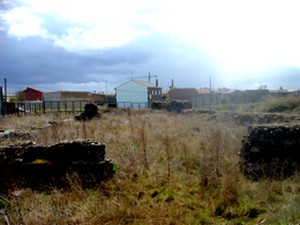 sides and closed in a horse shoe shape not much pronounced at the extremes, quite similar to the one of the church of the basilic of Carranque. Besides, it had two other doors on the right side of the nave, from which the one more to the north gave access to a rectangular baptistry with a circular immersion baptismal font with three descending steps and three ascending ones, frequent in worship of that period.

The whole building was made of masonry, with small stones, pebbles and some ashlar, with layers of brick with joints that show on the external walls as stripes that somewhat stood up forming small rectangles. In 1967, remains of red paint were still preserved. It was accomplished in two stages. One, around the year 350 and the other one probably at 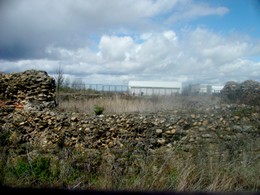 the end of the 6th century. In the first one it would have been formed by the nave with flat wooden gable roof, the nartex and the apse at the same height as the nave. For the amount of tombs that have shown up in the nave and outside the church, it seems evident that it was a cemetery basilic, serving for funerary purposes throughout all the Middle Ages.

The church was modified in the 6th century, a change related, according to some hypothesis, with the martyrdom suffered in that period by San Ramiro, the prior, and twelve monks of the Benedictine monastery of San Claudio de León in the 6th century, by order of the Swabian king Recilano. The twelve tombs are supposed to be theirs. They appeared in the lower plan of the apse of Marialba during the excavations of 1967-1969, although there has not been found any reference to the persons buried there. 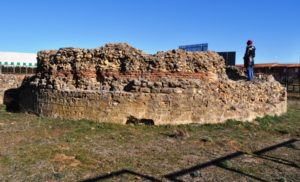 In this new phase, already turned into a martyrial church, the existing apse was used as a martyrial zone, adding a second plan for worship and the corresponding access staircases. Also the baptistry was built with its service area and access to the nave, and the whole covering system must have been remade, for what a set of buttresses was added, also in masonry, in the interior of the apse and the nave upon which it seems that the transverse arches would lean to support a sort of vaulted cover that, according to J. Fontaine, considering the placement of the supports forming a square over the centre of the nave, it could have been a dome. This transformation from cemeterial basilic to a martyrial building is unique among the monuments known of that period and makes it the most important Early Christian construction in the north of Spain and the largest construction of this kind that we know of in the Iberian peninsula.

Access: Leave León towards Astorga until the Puente de Castro. Take there CV-161-16 towards Villarroañe. You will see the rests of the church surrounded by a metallic fence within Marialba de La Ribera, at the right of the road. Total distance: some 9Km.
GPS Coordinates: 42º 32′ 7,69″N 5º 32′ 37,06″W.
Information telephone: Ayuntamiento de Villaturiel: 987 31 32 09.
Visiting hours: The fence of the monument is closed but it may be visited by calling the Ayuntamiento de Villaturiel. 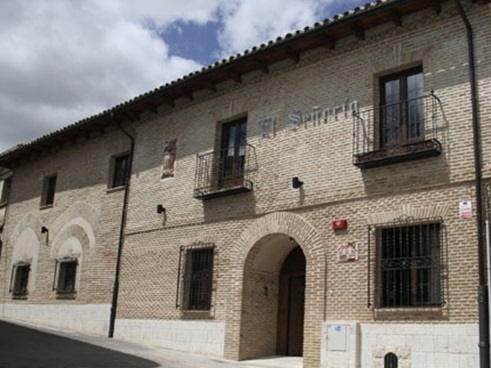 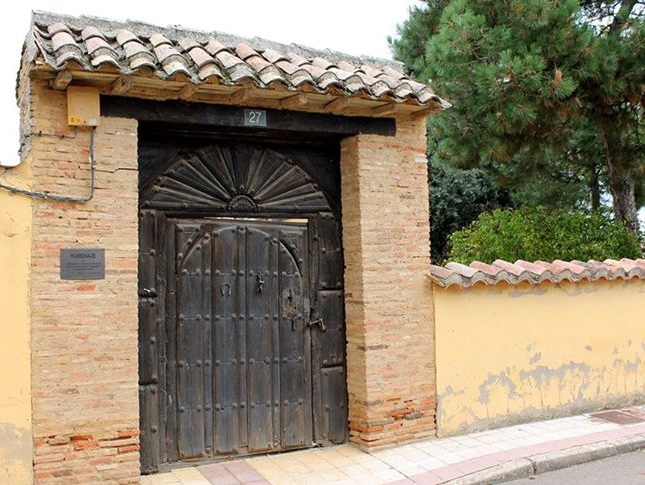 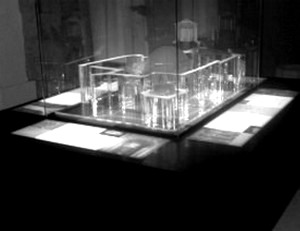 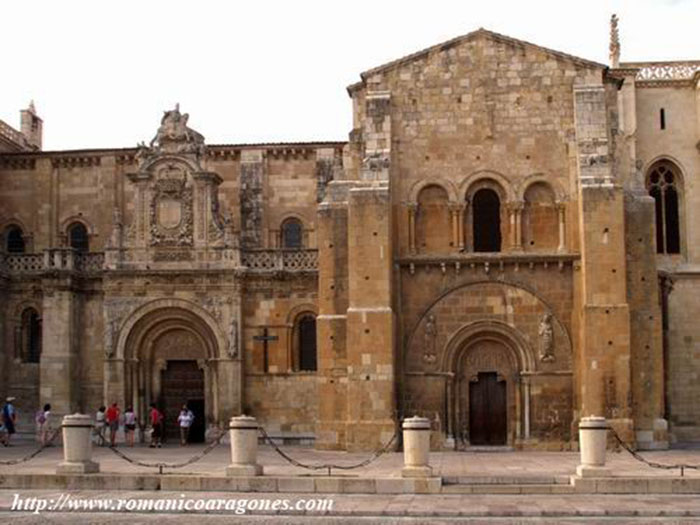 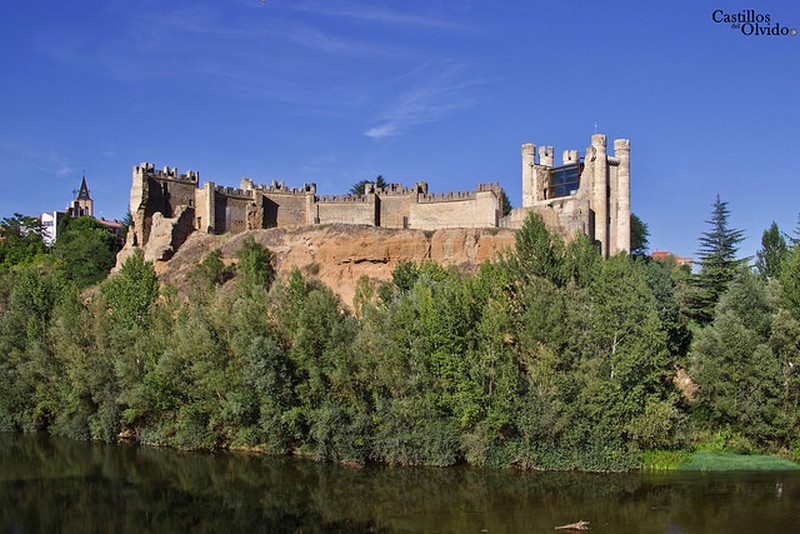 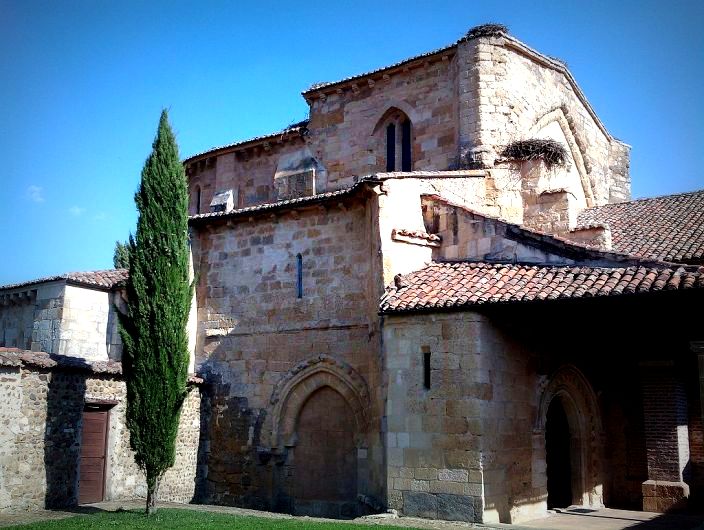 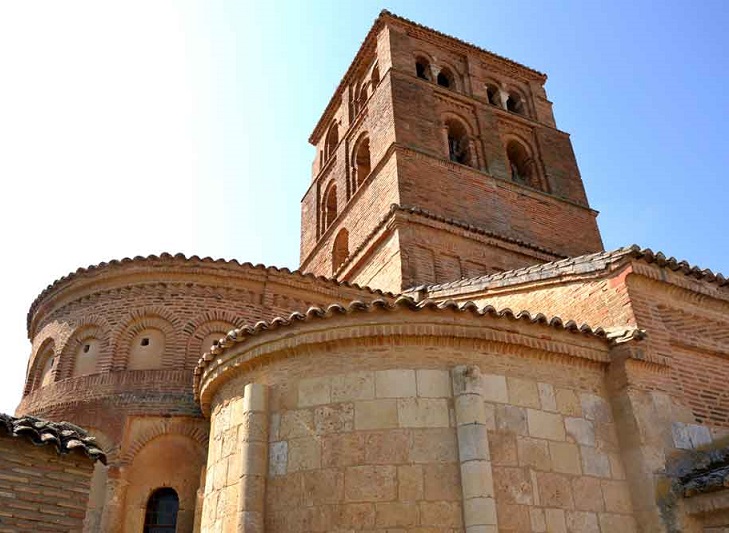 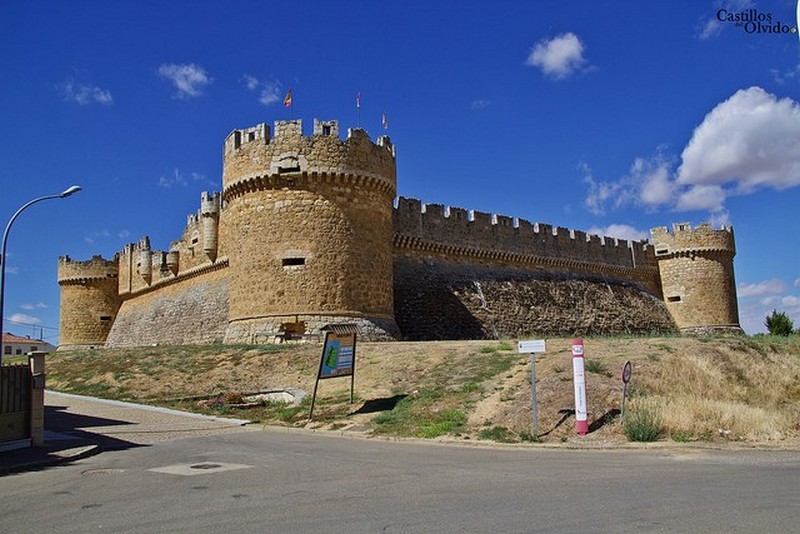 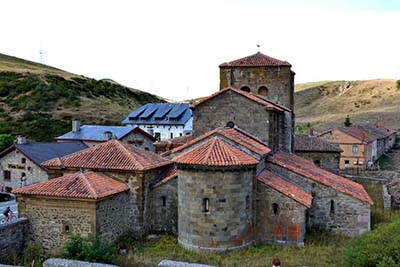 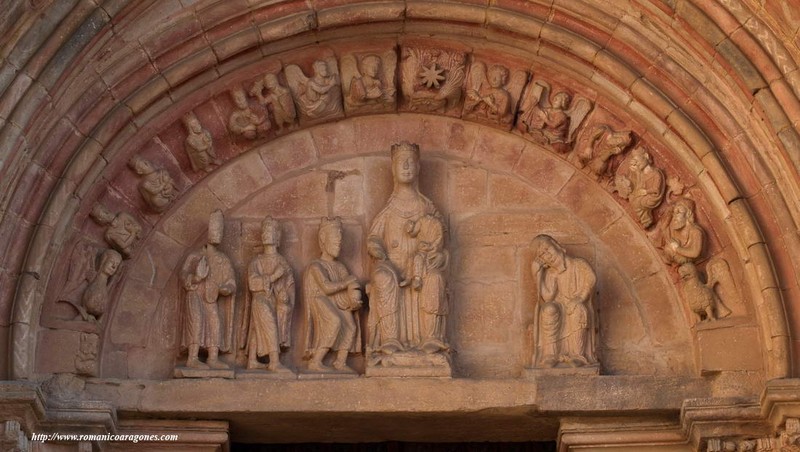