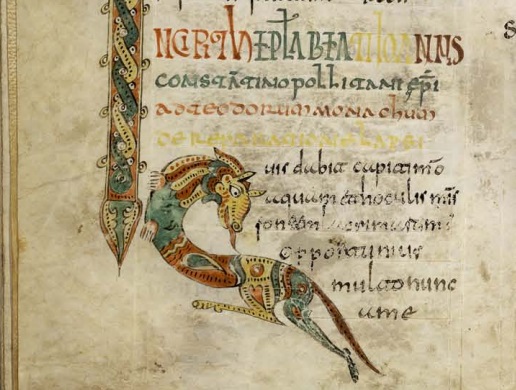 The environment of the Montes del Bierzo was an area of great eremitic activity in the second half of the seventh century, to the point that this area, with center in the Valley of Silence, is usually defined as “The Tebaida Berciana”. In it, Saint Fructuoso created several monasteries, such as Saint Peter and Saint Cruz de Montes, for which he defined a monastic rule. When Saint Fructuous took over the episcopal see of Braga, his disciple Valerius continued his work in the same area, but not only did he take care of the communities that were being formed in that area, but he also wrote a 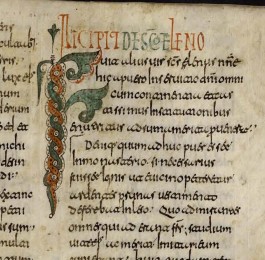 book on the life of Saint Fructuous and compiled in a Vitae Patrum the biographies of saints of various authors and epochs.

We have no news of what happened to these monasteries in the early days of the Arab conquest, but the Bierzo was one of the first areas reconquered and like the rest of the environment of León was a priority area for the repopulation that Alfonso III promoted, facilitating the settlement of people from the Christian north as well as Mozarabic escaping the worsening conditions.

We know that at least since the end of the ninth century hermit life again had an important activity in the Valley of Silence when a monastery as important as Santiago de Peñalba the year 913.

In this context, in one of the monasteries in the area, Abbot Trasamundo ordered a copy of the Vitae Patrum of Saint Valerius which was completed by the copyist Armentario in 902. This copy, which is the oldest known Spanish manuscript with completion date, has been preserved and is currently in the National Library.

The copy of the Vitae Patrum of San Valerio written in the Bercian eremitic environment in the time of Alfonso III, is possibly something before the Biblia de Titteni, with which it has important differences in its conception and structure, since the Vitae is written in two columns per page instead of the three columns of the Bible, and while in the former almost all the decoration is in a precious uncials created from sophisticated and very beautiful forms of animals and vegetables, in the work of Danila the decoration, in addition to in the capitular letters, also very interesting, focuses on the frontispieces at the beginning of each book and on a large use of the cross as the most significant element of the manuscript, as it was also of the Asturian monarchy since more than a century before. 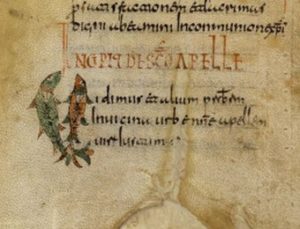 However, we also find common points between both manuscripts, which somehow come to define what was the miniature in the Kingdom of Asturias at the beginning of the tenth century. The first, its aniconism, because while in the whole Bible no human figure appears, in the life of the saints only three of small size appear, one of them as an independent image of the text and the other two as part of a uncial letter, which shows, as we indicate in the analysis of that, that as in the sculpture and painting of that period, in general the Asturian miniature was continued without representing the human figure, since at the Council of Frankfurt in 794, which presided over by Charlemagne, the prohibition was maintained despite the fact that the Council of Nicaea had allowed those images again after several phases in the eighth and early ninth centuries of strong aniconism in the eastern church. However a few years later – Blessed Emilianense is estimated to be around 930 – the Mozarabic miniature would completely discard that prohibition. On this subject it would be very interesting to know if the original Blessed, of the eighth century, already had images or if they were added in any copy after the year 900.

Another common point is the uncials of both codices, decorated with vegetal ornaments and 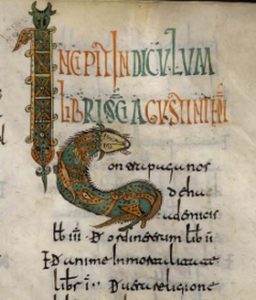 zoomorphs, in the case of Armentario smaller, but of great beauty and originality in which he composes stylized and sinuous figures to represent each uncial letter. As you can see in the gallery of images that we include in this file, human figures are used, birds in some cases faced, mammals in postures that compose the desired letter, Visigoth pilasters very decorated that sometimes ends with animal heads,…

It seems that Armentario in these uncials, whose colors treated in many cases as enamels of the Visigoth goldsmithery, could inspire Juan and Vimara for their Biblia Sacra de León, travels a long route from the late Oroman and Visigoth decoration, with some reflections of the Irish and Carolingian miniature and the inevitable influence of Muslim art, towards a new miniature that would develop later in the magnificent Mozarabic manuscripts.