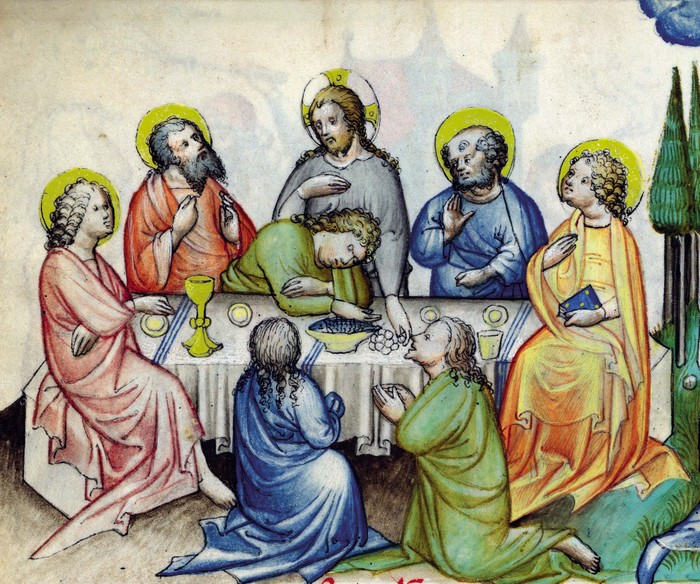 The Speculum Humanae Salvationis or Mirror of the Salvation of Humanity, is a famous illuminated manuscript, based on the medieval theory of typology, according to which the

events in the Old Testament predicted events in the New. The original version is in Latin verse, and contains a series of events from the New Testament each associated with three from the Old Testament that prefigure it, before which the medieval viewer could see the reflection of a biblical scene in others and draw conclusions about how he must act accordingly.

In the Middle Ages, very few people read Latin, so a text on Christian doctrine in this language had to be accompanied by images that would facilitate its understanding. Along these lines, in the Speculum each event is accompanied by four images that explain it, which made it the most successful religious book in the Middle Ages, competing with the Bible pauperum and the Ars moriendi. Of which multiple copies were made, since more than 350 Latin manuscripts of very different quality are preserved, and there were versions at least in French, English, German, Dutch and Czech,

in addition to the multiple printed editions, both xylographic and incunabula that were made after the appearance of the printing press.

The original version is dated between 1309 and 1324, when the Papacy was in Avignon, and the author, who in his preface indicates that out of humility he does not want to give his name, was undoubtedly a clergyman, possibly Dominican, and considers himself as likely to be Ludolph of Saxony.

The copy of the National Library that we studied, made in Innsbruck, in the year 1432, as recorded in the codex, is one of the highest quality that is preserved and the only one in Spain.

The manuscript consists of 43 sheets of parchment, with one story per page written in two columns

The codex is decorated with high quality miniatures enriched with gold, from the German school with some Italian influence, which

cover the top of each page, with scenes highlighting the richness descriptive, especially as it has to do with clothing, weapons and armor, furniture and everyday belongings that so well reflect what historians have described in their research on this fascinating time. They represent passages from the Old and New Testaments richly illuminated with gold. The evidence stands out that its production was destined for a luxury market and, therefore, for a rich and demanding owner. 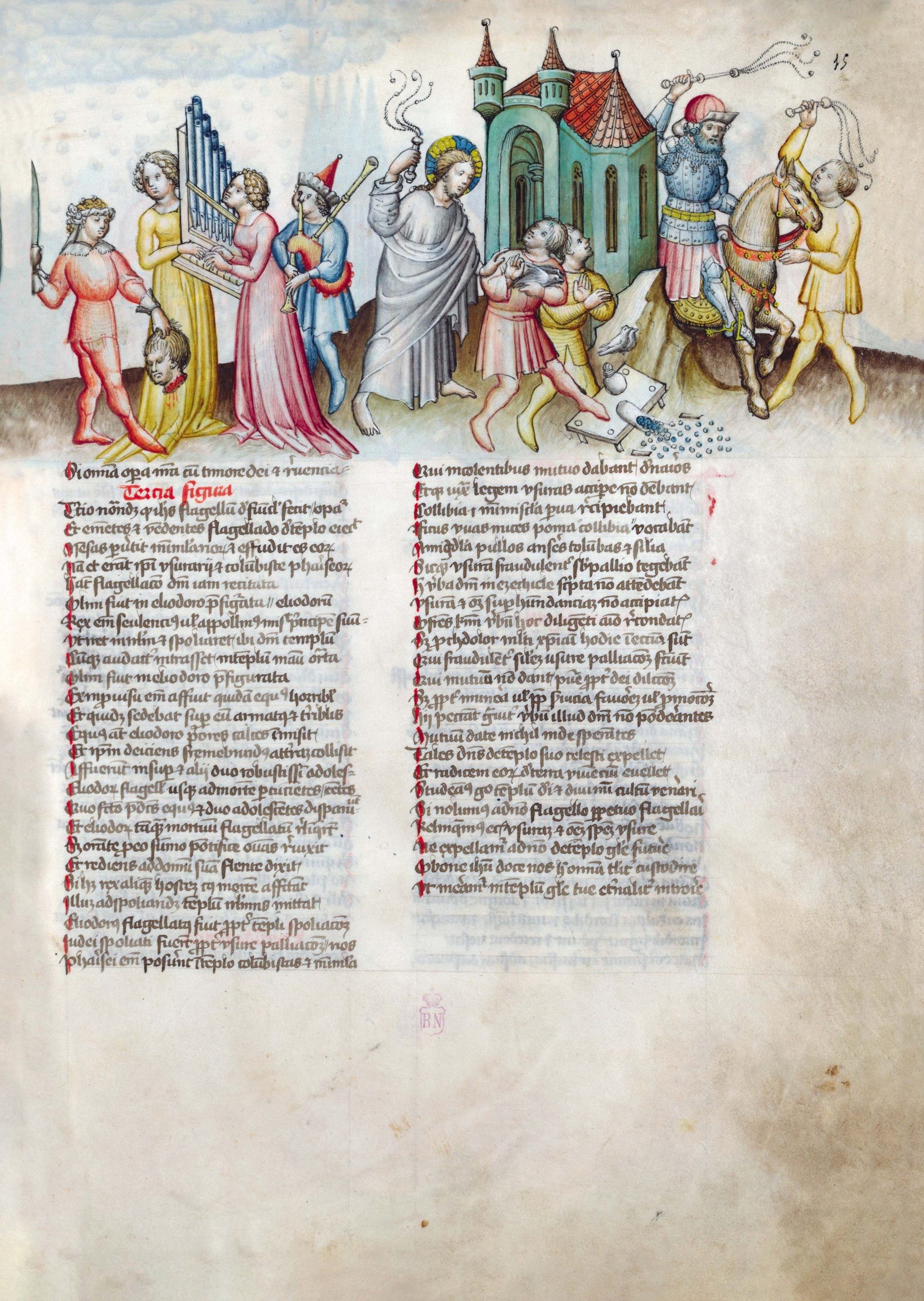 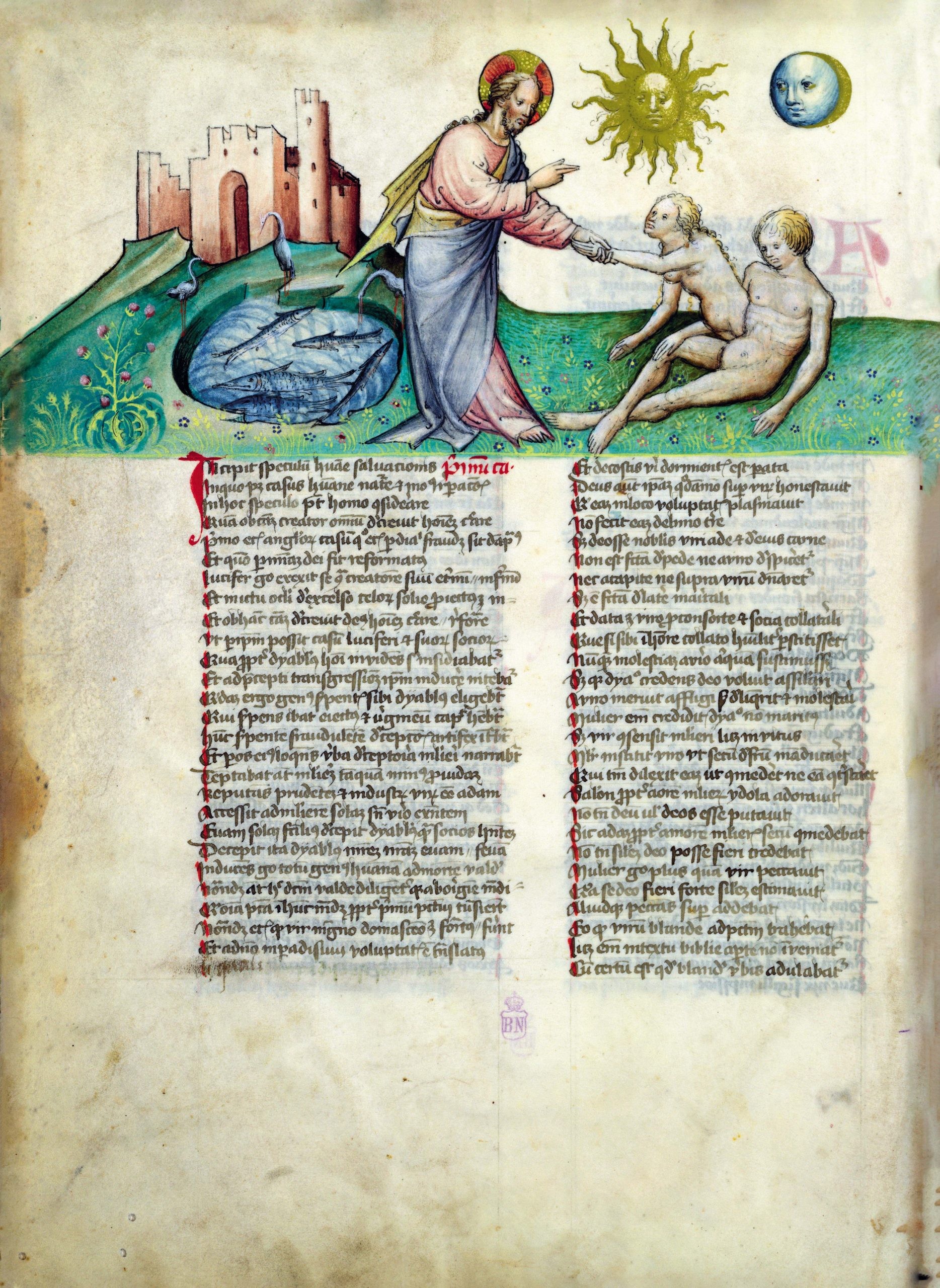 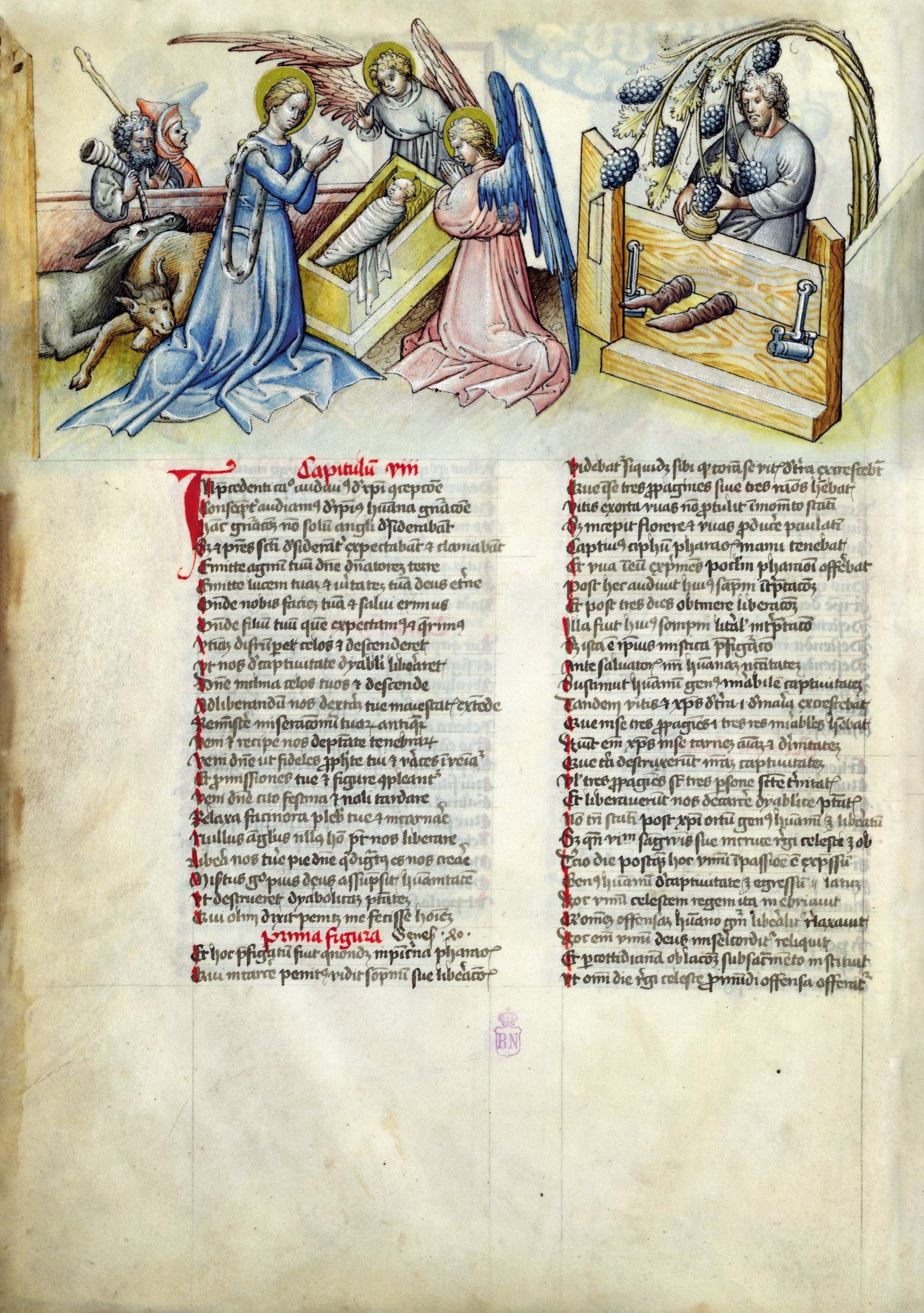 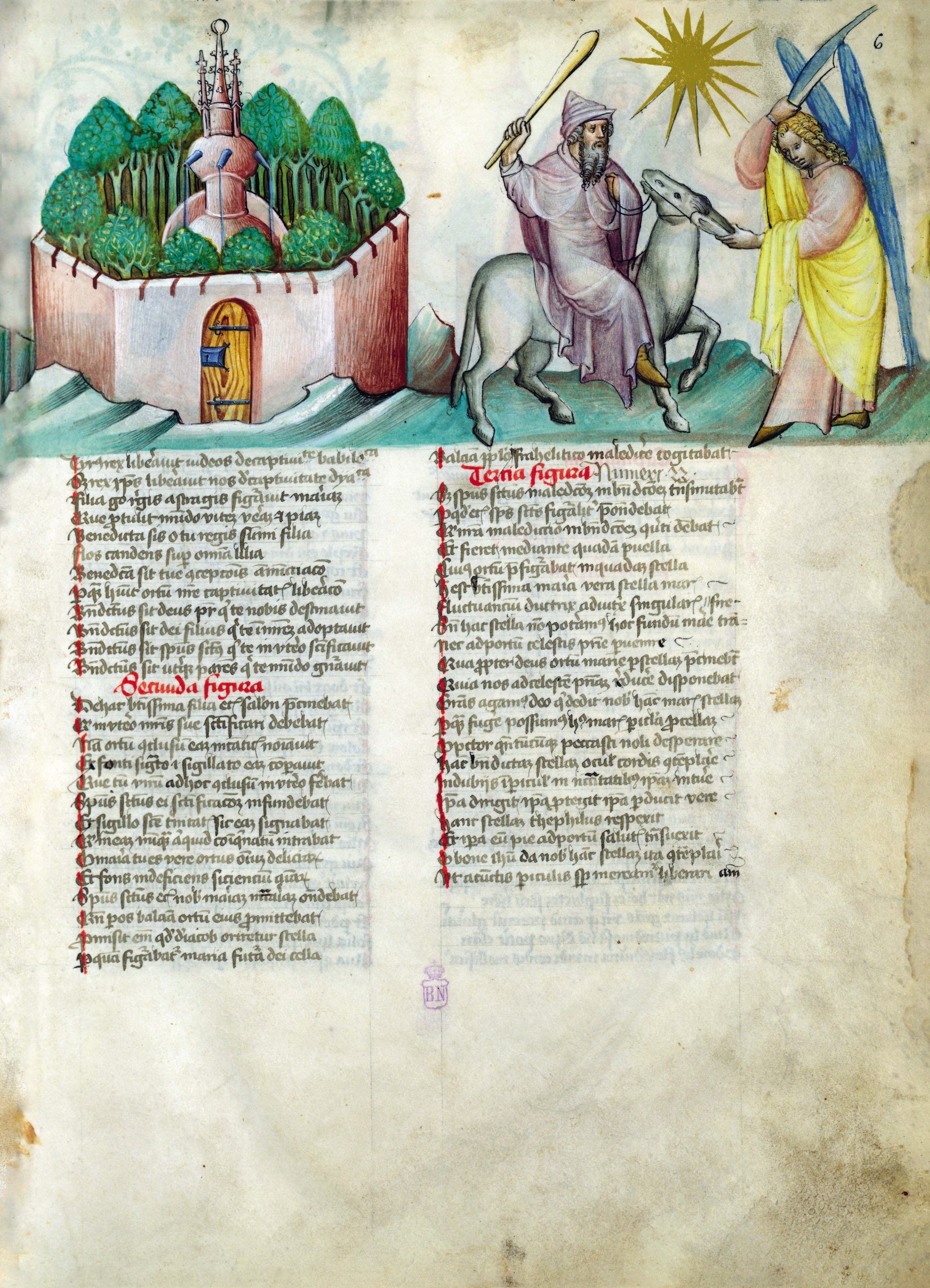 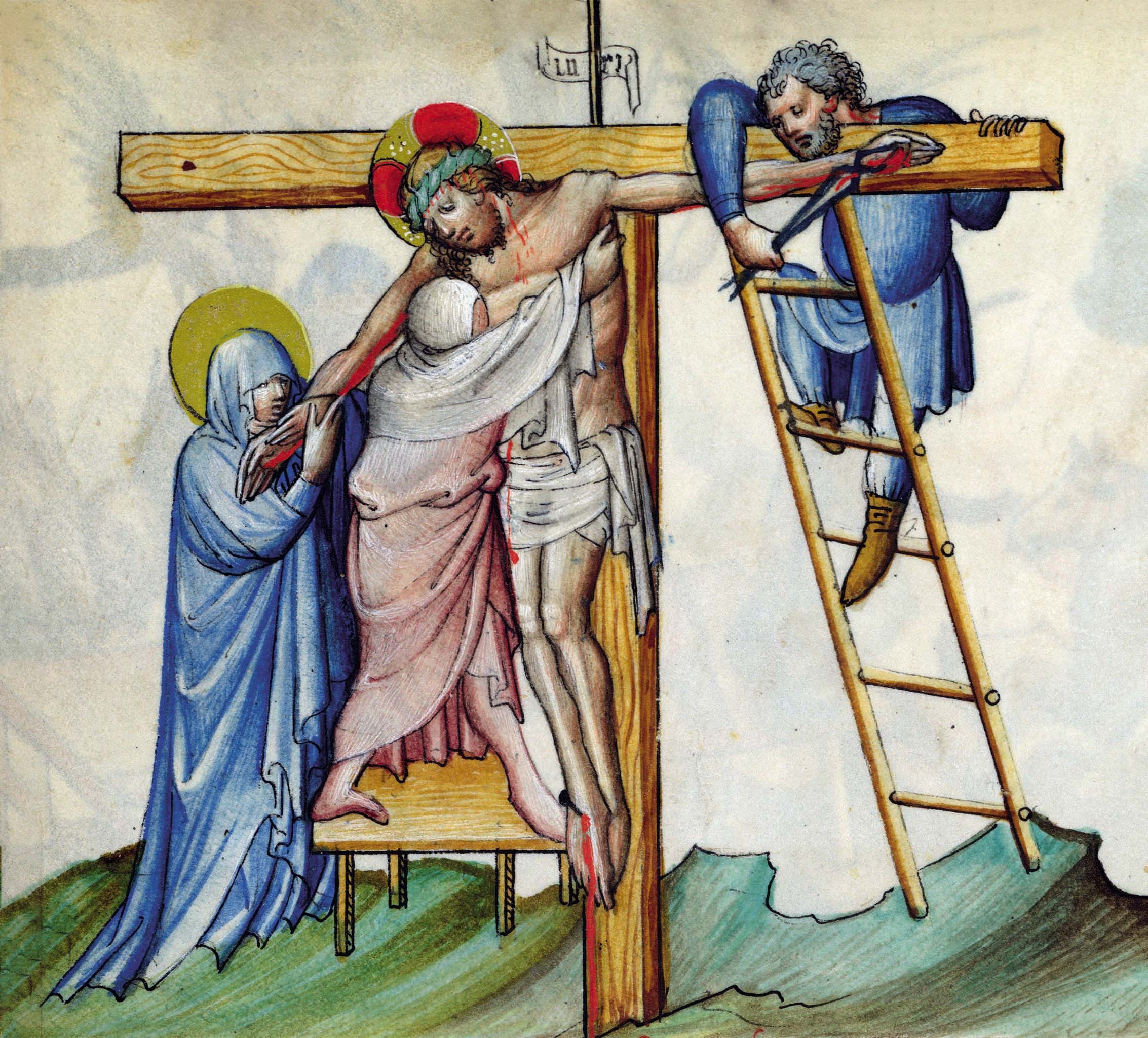 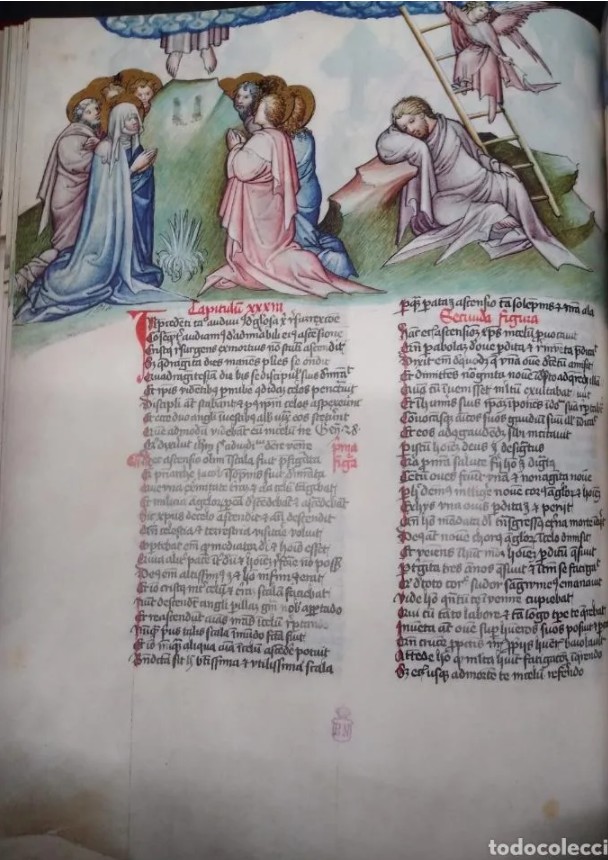 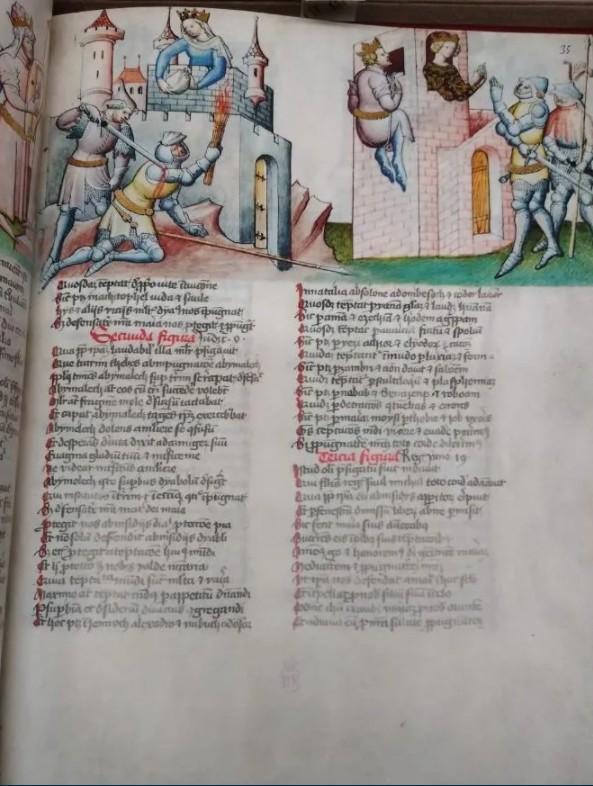 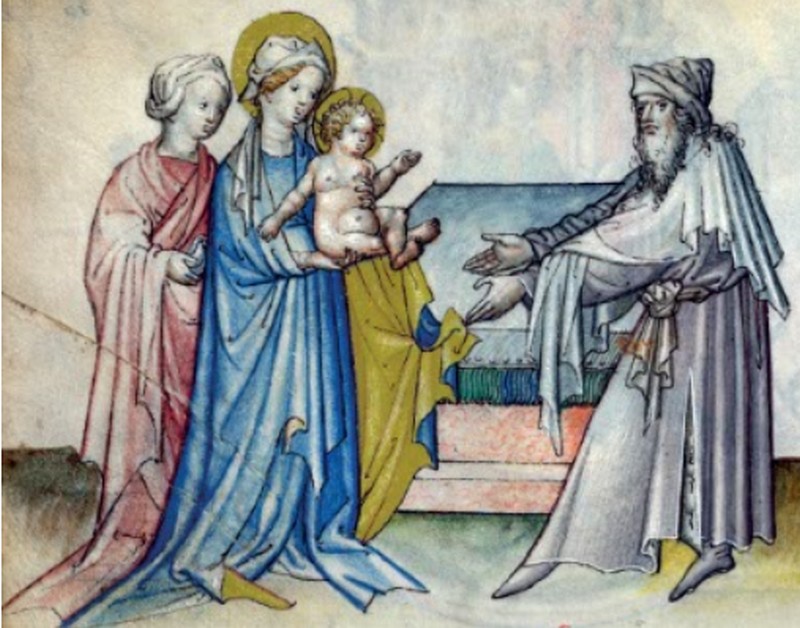 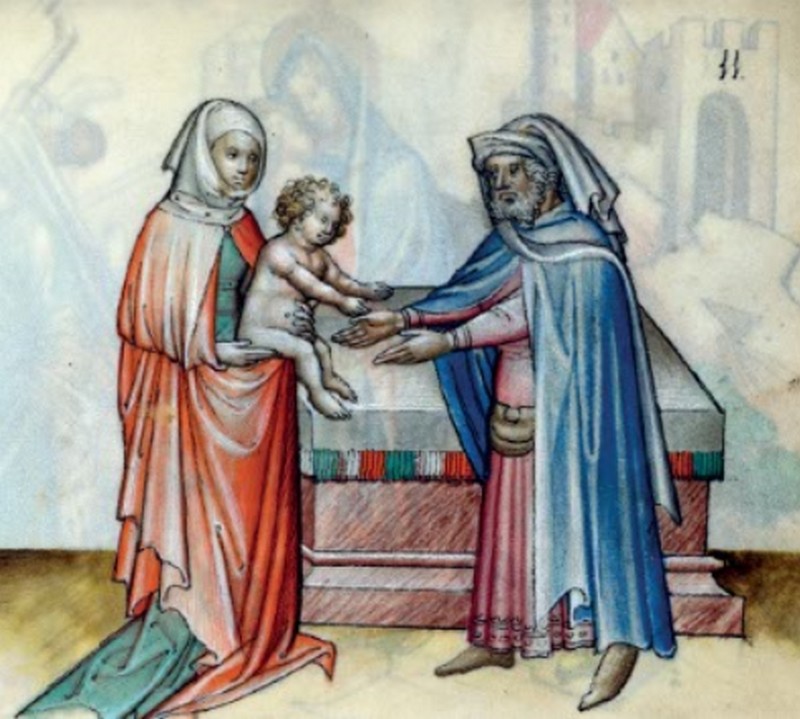 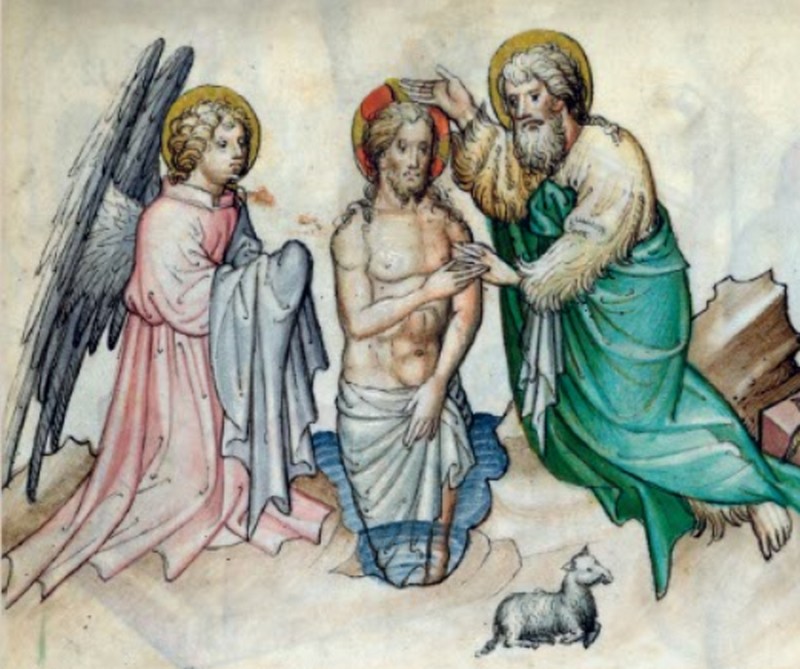