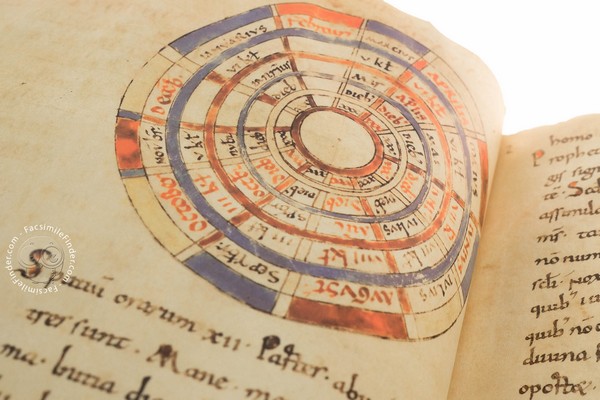 Saint Isidore (ca. 556-636) is one of the most important figures of the entire European Middle Ages. Hispanic-Roman father and Visigoth mother from Cartagena,

When this city passed to Byzantine power they moved to Seville with their three eldest sons, where Isidore was later born. His three brothers, all of them also canonized, were always related to the church; Fulgencio was bishop of Cartagena and of Écija, tradition says that Florentine was abbess of forty convents and Leandro, bishop of Seville, position that occupied Isidro at his death, was a person of great political and religious importance during the reign of Leovigildo, participating in the conversion of Hermenegildo that generated the confrontation with his father.

A highly cultured man, author of numerous books covering theology, liturgy, history, geography, astronomy or biography, whose aim was to adapt astronomy knowledge to Christian cosmography and whose culminating work was The Etymologies, a panoramic and systematic view of knowledge in his time, which sought to make an encyclopedic compendium of all sciences, arts, man’s relations with God and social customs, based on the etymology of words, organized later by San Braulio in twenty books. It is considered as the first encyclopedia, recognized as the most important work in all the high Middle Ages and its copies were immediately extended by the European West.

The Liber Astrologicus is the product of Saint Isidore’s friendship with King Sisebute, a monarch who surprises us with his erudition and knowledge of astrology, while still leading with a strong hand the political and military affairs of the kingdom, which he had dedicated to Isidore the “Carmen de eclipsi lunae”, a poem that offers the scientific explanation of sun and moon eclipses. The Liber, dedicated to the monarch, is Isidore’s answer to the detail of Sisebuto. 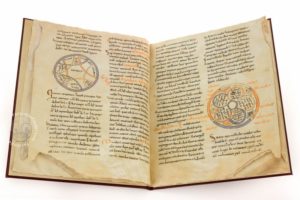 The “Liber Astrologicus”, consists of 16 folios in which it is reported on topics related to the natural sciences as the characteristics of the days, of the years, of the earth, the sun,…

This work, of which seventeen copies are still preserved before the ninth century, was one of the most widespread works during the High Middle Ages, spreading very quickly since in France copies of the seventh century are preserved, while in Italy its appearance is somewhat later. The Isidorian work was also widely spread in the following century in part thanks to its use by Beatus of Liébana and by Alcuin of York in the refutation of the Adoptionist heresy, Later by the Mozarabic Christians in all the reconquered Christian territories and in the XI acquired a great importance when their remains were moved from Seville to León and when later the Royal Collegiate Church of San Isidoro was built in this city. 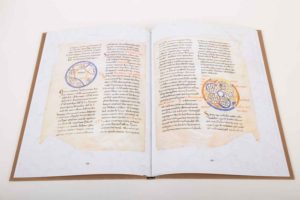 and Episcopal Library of Vic occupies its first 16 folios of 335 x 220 mm, with a writing area of 265 x 215 in Carolingian letter to two columns of thirty lines in black ink with rubrics in red. The author is Canon Ermemir Quintillá in 1064.

The manuscript is illustrated by circular figures to facilitate its understanding, which represent time and space as days, earth-years planetary orbits and the wind rose, so it is also called “Liber rotarum”, although it is possible that these images are only a very reduced version of those that would exist in the original version of the seventh century.

Such schemes can be highlighted:

In conclusion, the “Liber Astrologicus” is a good example of the level to which scientific knowledge reached in Hispania in the seventh century and of the efforts to adapt them to Christian beliefs to transmit them through the formation of clergy and civil society elites. 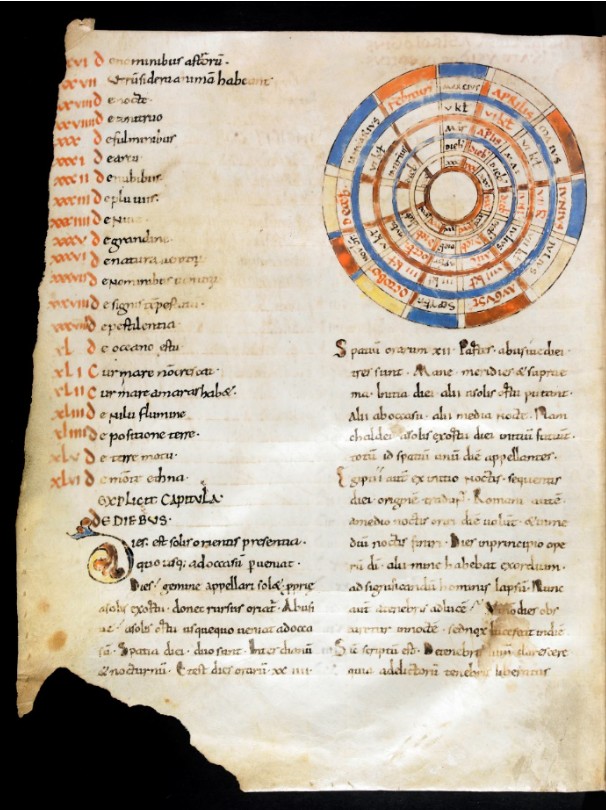 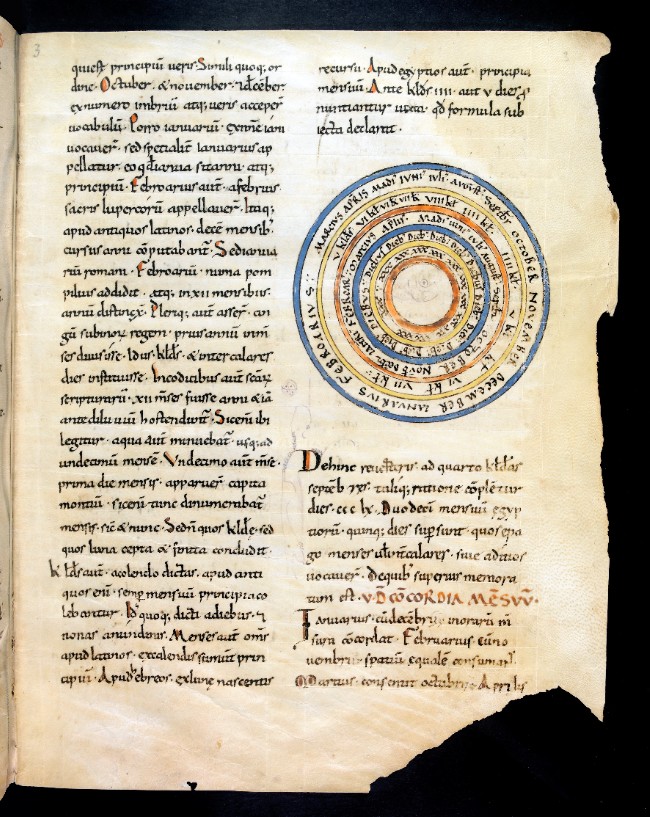 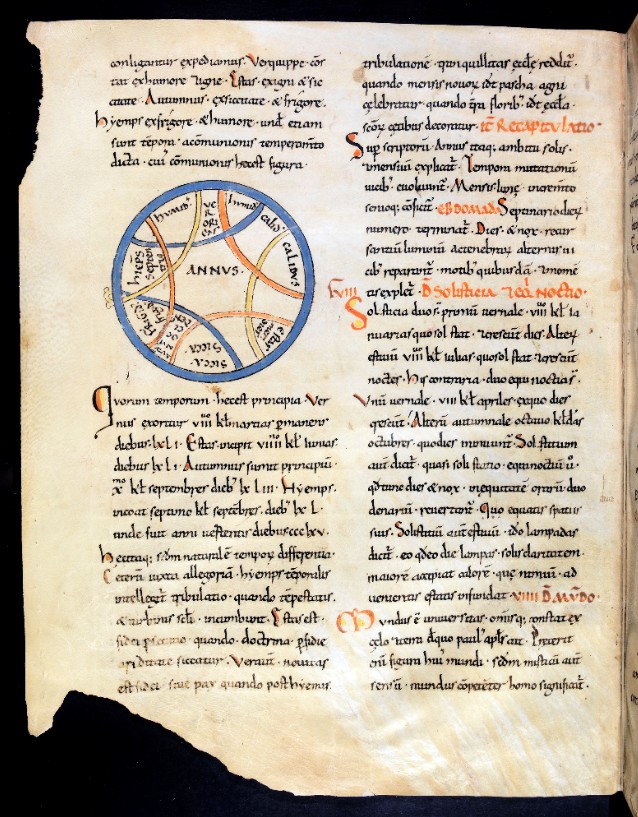 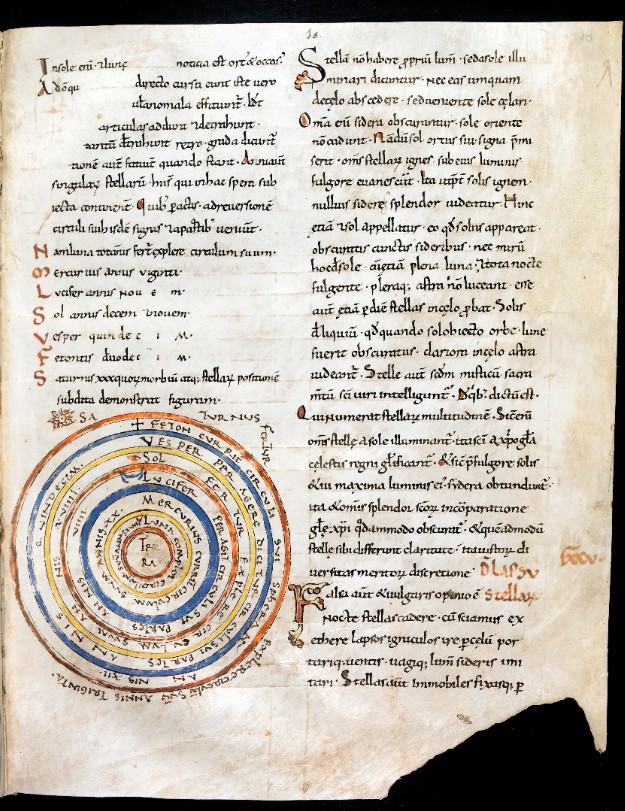 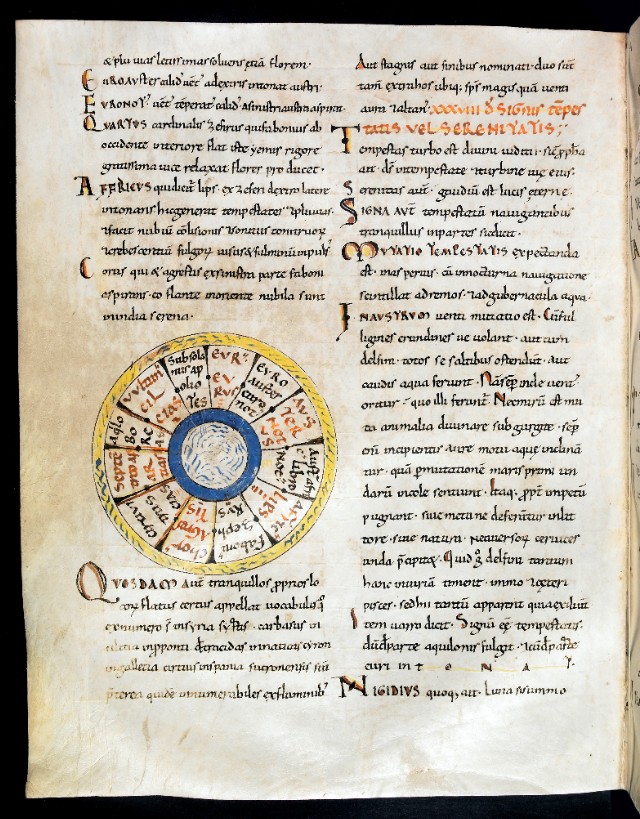 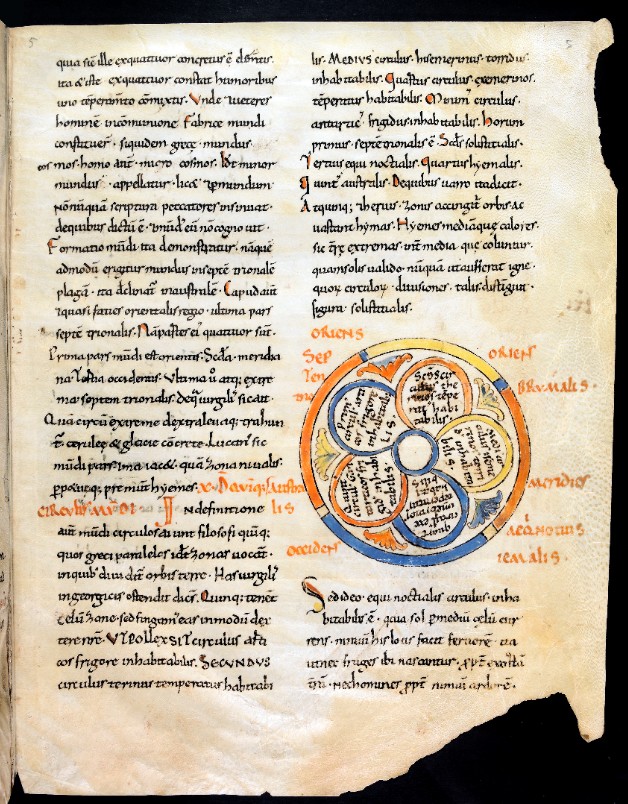