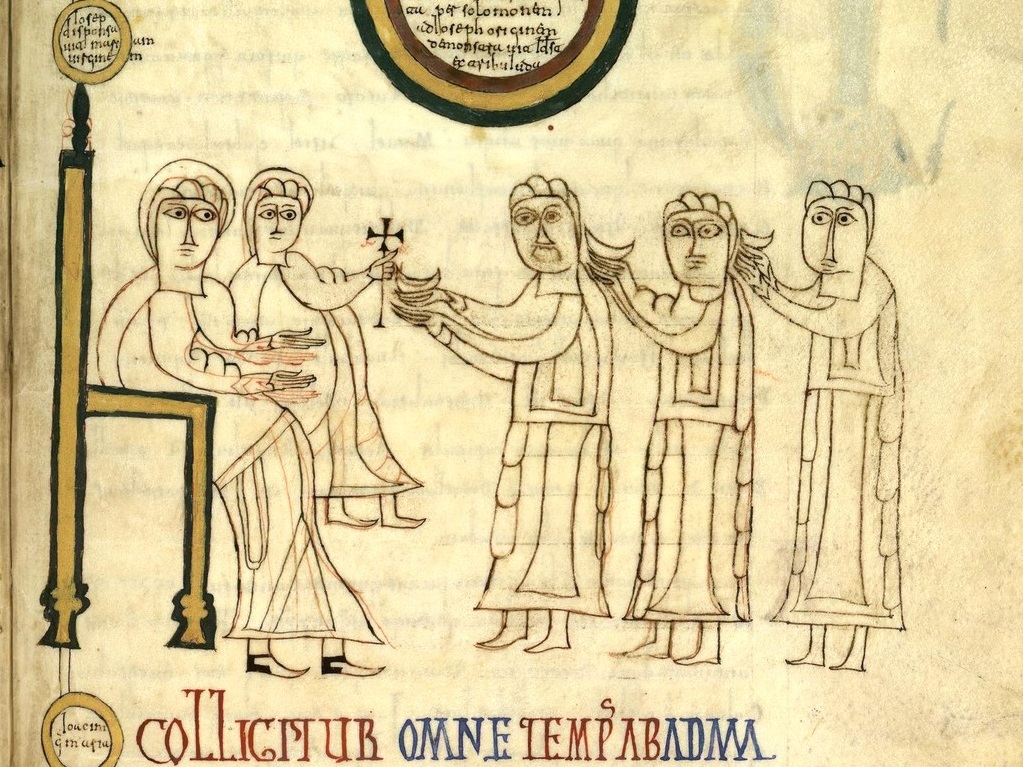 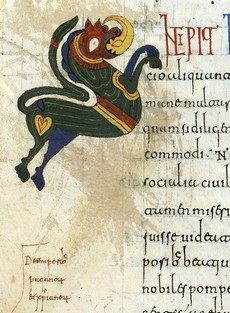 at the court of Nájera commissioned by Sancho Garcés II (970-994). It consists of two distinct parts.

The first, from the end of the 10th century, is supposed to have been made by a previous monk of San Millán de la Cogolla since, according to all experts, his style is considered to be very similar to that of the most significant works of this monastery. It was continued several decades later, well into the eleventh century, in the same scriptorium navarro, where it seems to be still preserved in the twelfth century.

Later it passed to the cathedral of Roda de Isábena (Huesca), where it was preserved until the seventeenth century, to which it owes its current name. It is known that it was later lent to the chronicler Diego Joseph Dormer and that on his death it was bought by the abbot of the monastery of Santa Maria de Meyá. From then on he lost his track until he appeared again in 1927, date in which it was acquired by the State and deposited at the Royal Academy of History, where it is preserved today.

The codex, which has been digitized and can be studied on the website of this institution, has lost some folios, in others there are mutilations and suffered some damage when treated with reagents that blackened the affected pages.

The first part of the Codex of Roda, which extends from folio 1 to 155r, contains the Chronicle of Orosius. It is written in very careful and high quality Visigoth letters, in a single tone 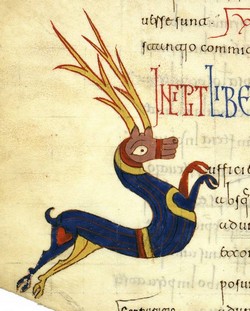 dark, except for the polychrome initials and chapter titles, in which blue and red inks were used. Contains marginal notes and small images that on some pages decorate the left margin of the text.

The second part, in which the same type of letter and presentation is maintained, although the format of the lines is more irregular and in the text the color red is also used. Marginal notes and images continue to exist, although they are simpler and of lower quality. However, the capital and capitular letters are more decorated than in the previous phase, including laceries, zoomorphic intertwining and the most varied animal species and fantastic beings. It also includes a series of illuminated pages with pen drawings, containing the Genealogy of Christ, a world map in the usual format of the maps of Saint Isidore, an Adoration of the Magi, and the image of several cities, most of them inspired by some Blessed of the family II.

Its content consists of a wide range of texts from different sources. Among those of religious content include various collections of epistles and gospels, a passion of Christ, the Smaragdus of St.Michael, the Genealogy of Christ already mentioned and various writings on the creed and the tree of science.

Much greater interest presents historical texts. One part is devoted to the copy of earlier codices, such as the Chronica of San Isidoro and its stories of the Vandals, the Swabians and the Visigoths, the Chronicle of Alfonso III or the Chronicle 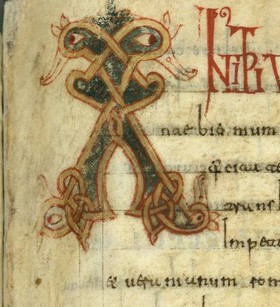 Prophetic. But its most interesting content is formed by its own texts that include the relations of the Arab kings and those of Asturias-León, as well as genealogies of the kings of Pamplona and the counts of Aragon, Pallars, Gascony and Toulouse. It also contains a chronicle of the kingdom of Navarre and a dated list of the bishops of Pamplona. The ensemble closes with an epithalamic poem in honor of Leodegundia Ordonez, a character difficult to identify, who according to the Roda Codex was the daughter of an Ordoño king of León -possibly Ordoño I- and wife of a king of Pamplona, who may have been García Íñiguez after the death of Urraca, his first wife.

This part of the manuscript is considered fundamental to know the genealogies of the dynasties that ruled on both sides of the Pyrenees for five generations, from the beginning of the ninth century to the middle of the tenth century. In the kingdom of Pamplona includes the families of the Íñiguez and the Jiménez, from Iñigo Arista to García Sánchez I.

It is also of great interest, as expressed by Mr. Manuel Gómez Moreno, the information he offers about the Arab world, that according to various authors could be obtained for this codex from the studies on the different Muslim territories in Spain developed by the Almerian historian and geographer Al Udri, who resided several years in Zaragoza and wrote a geographical compendiumHistory of the Al-Andalus Upper March, including the Annals of the Marca.

Datación: Second half of the 10th century 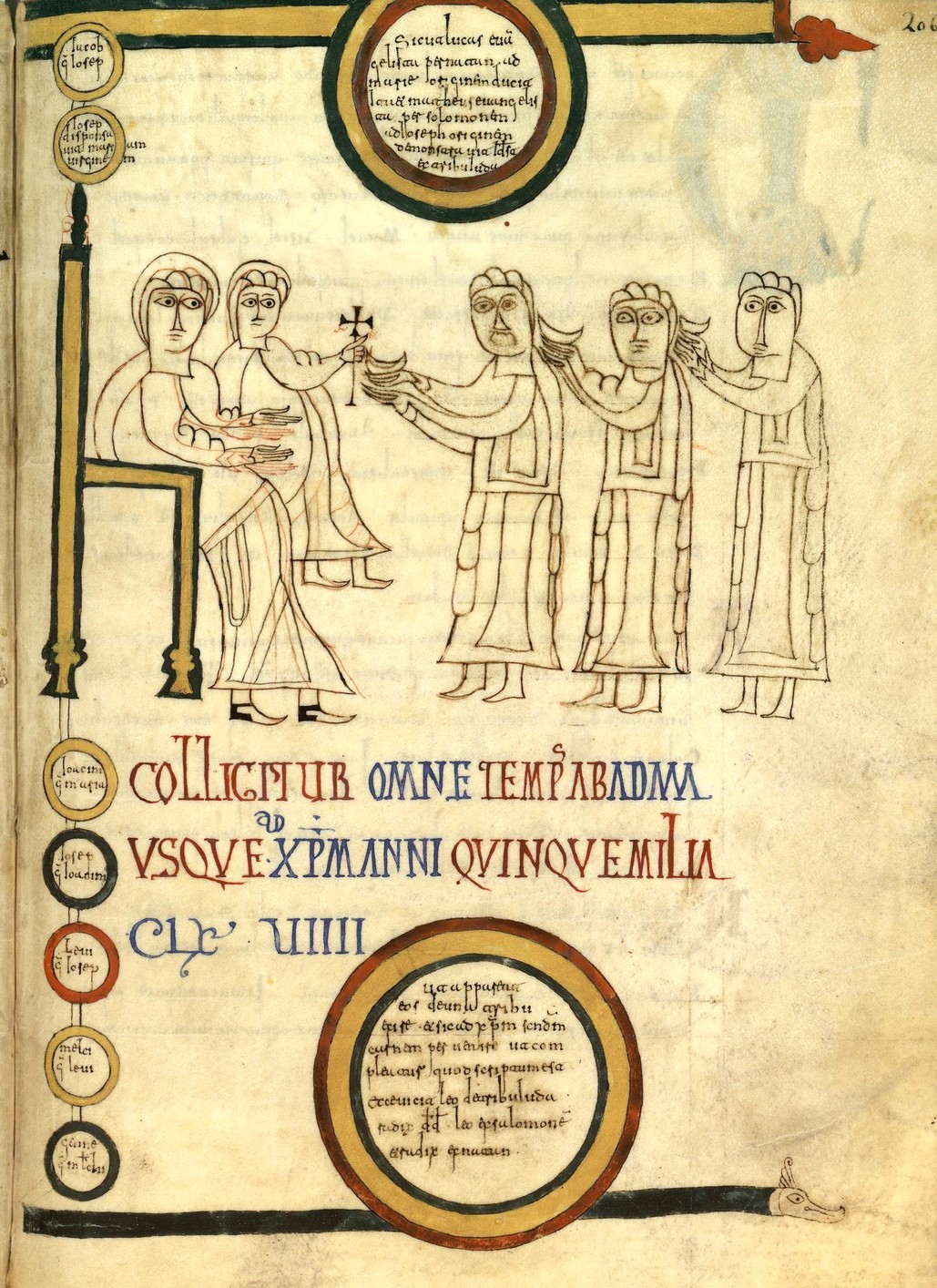 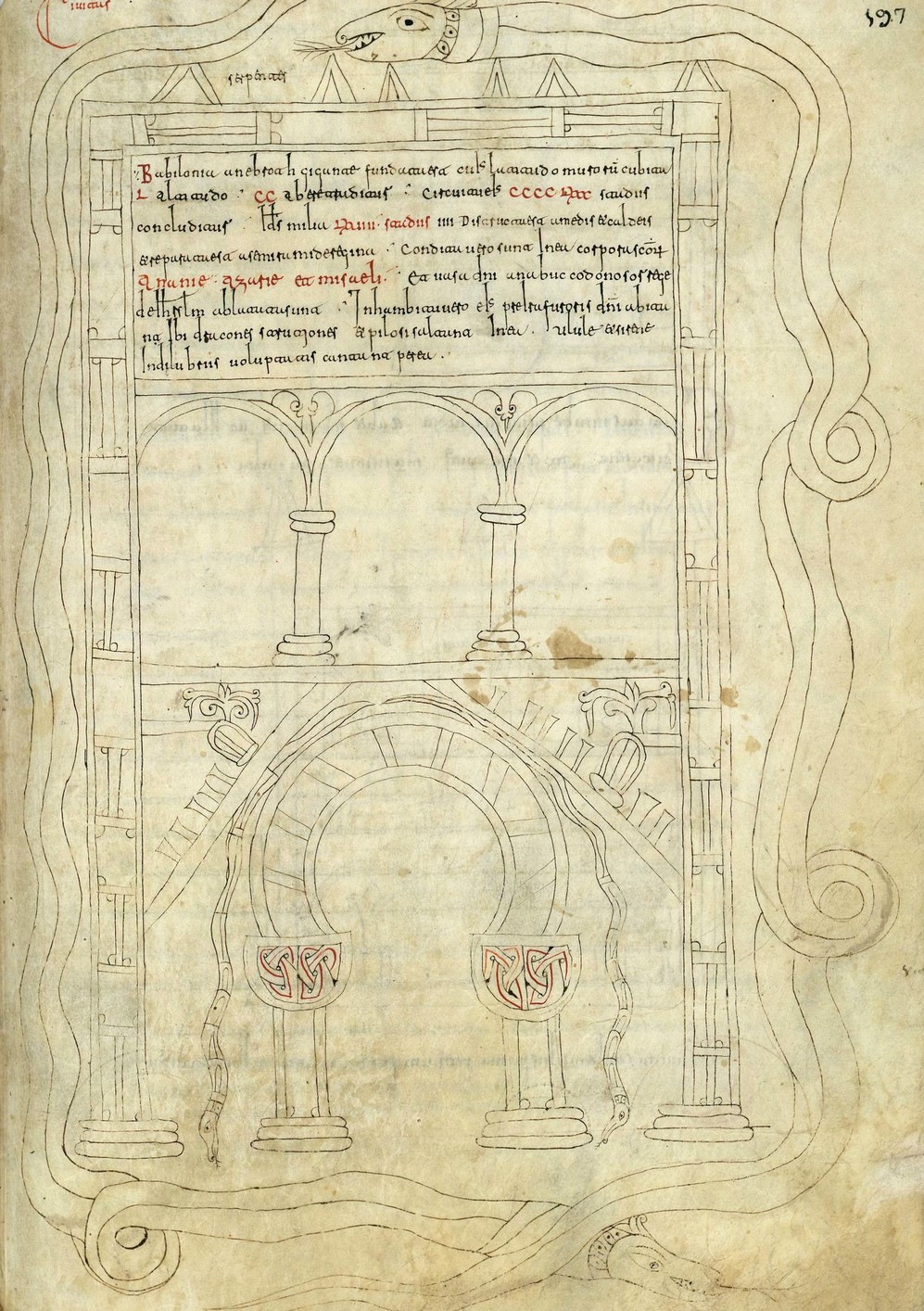 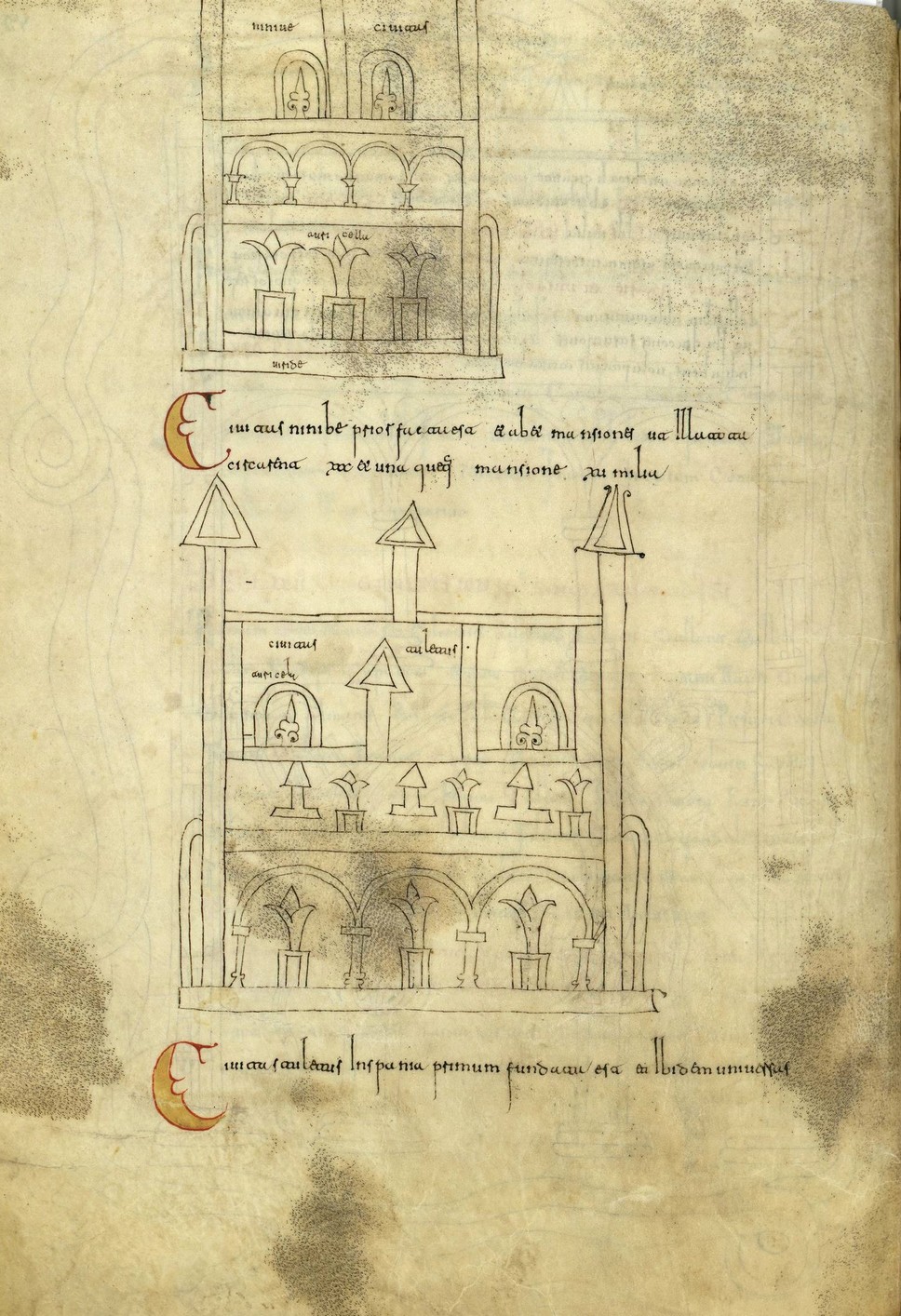 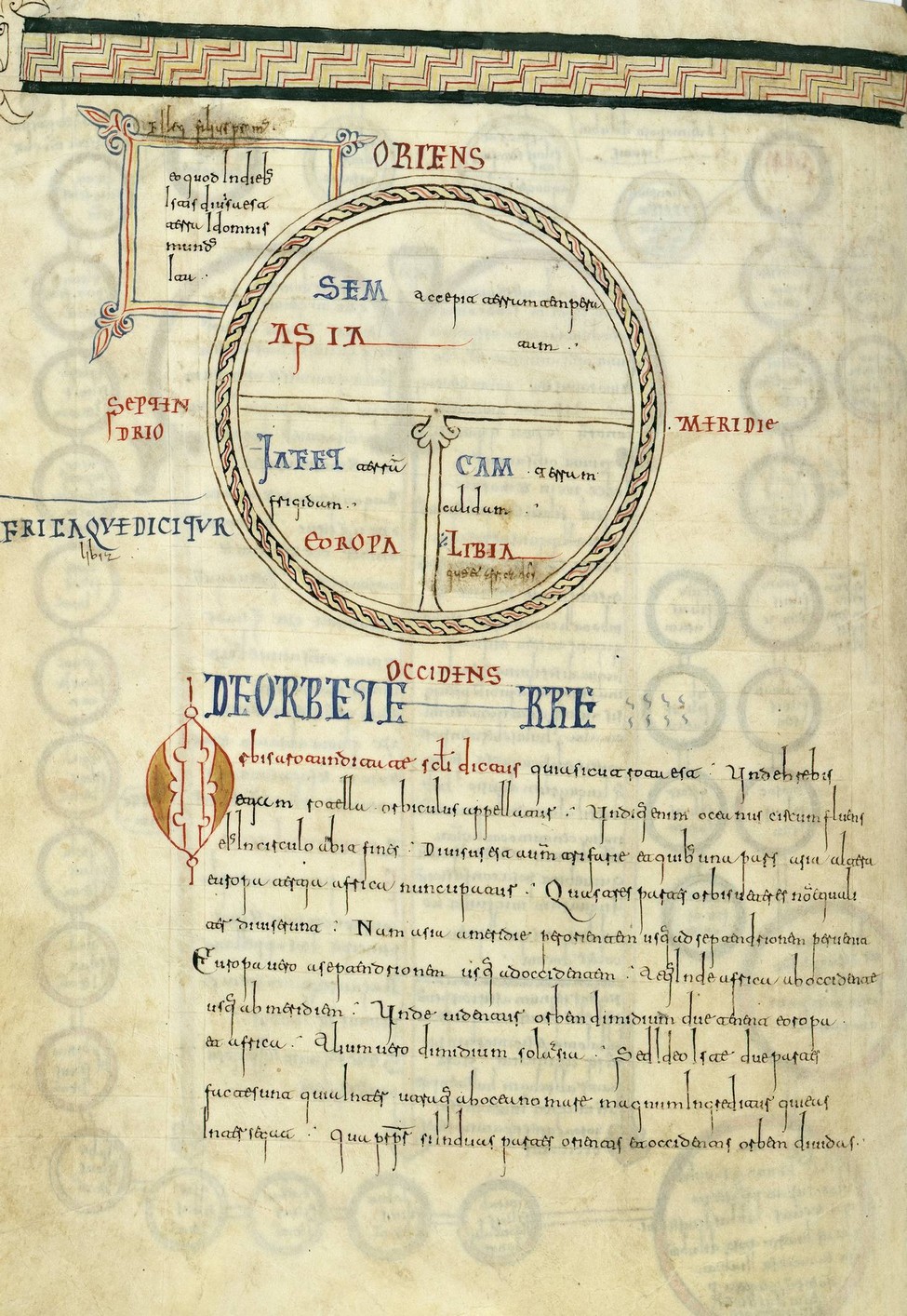 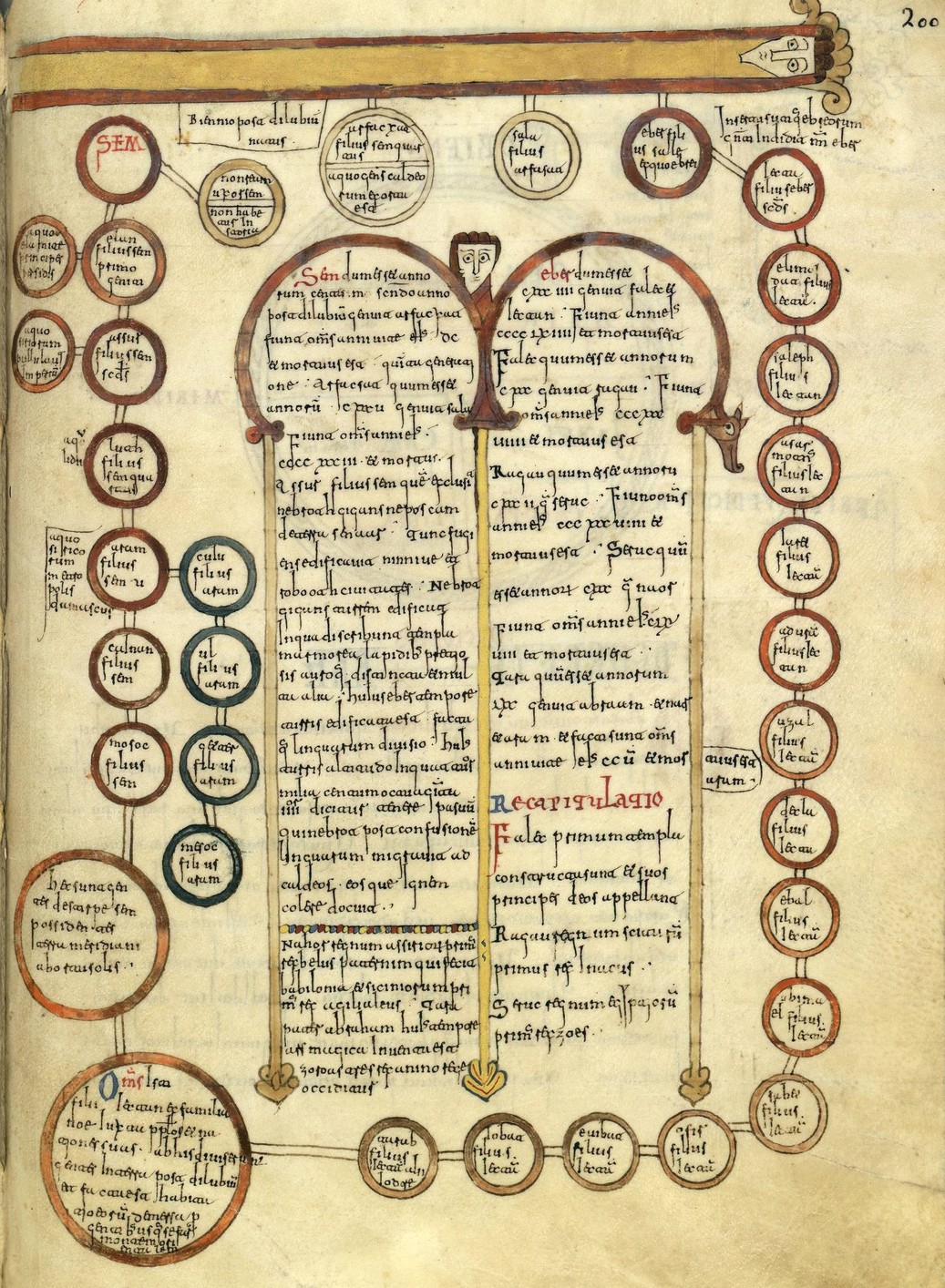 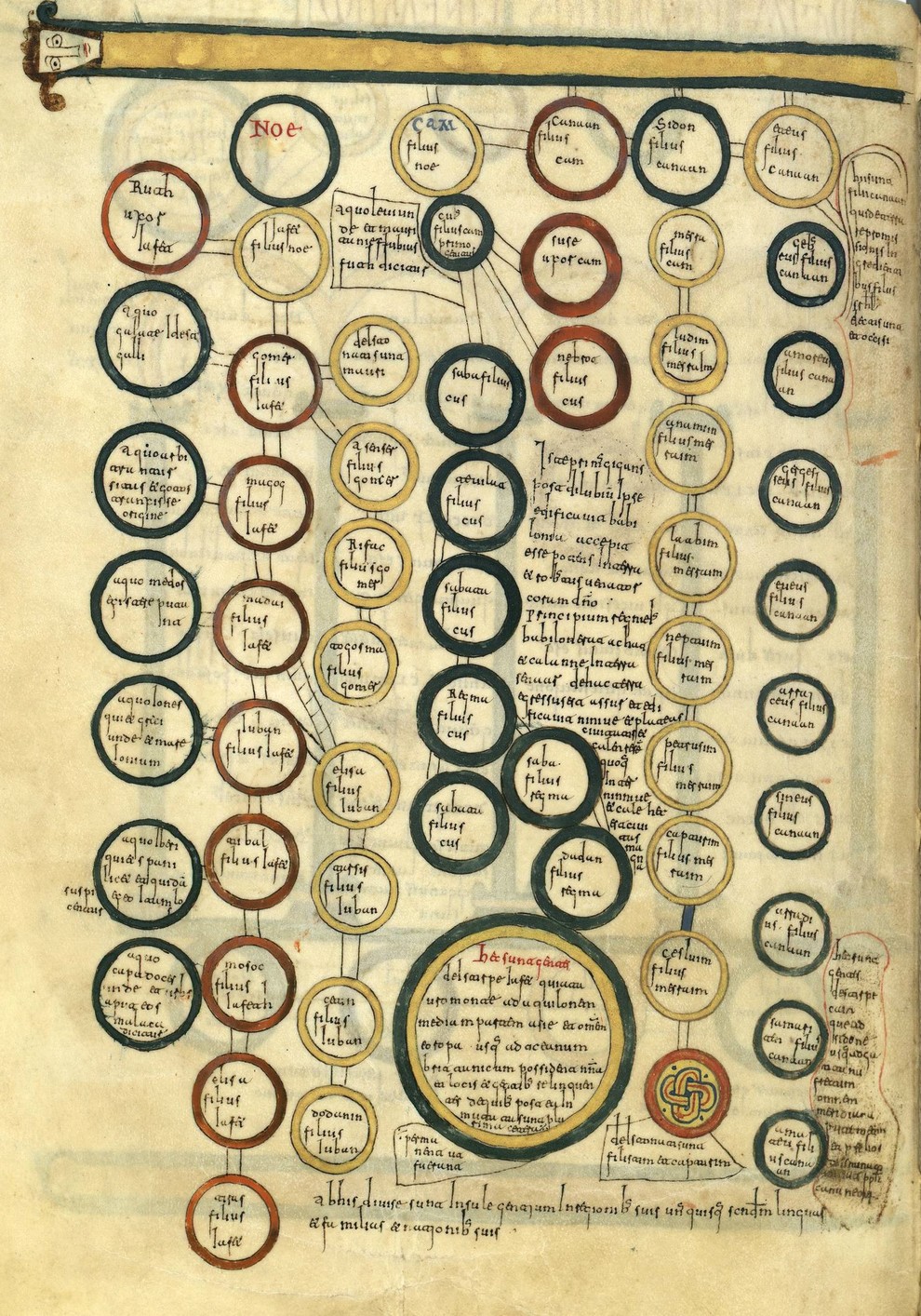 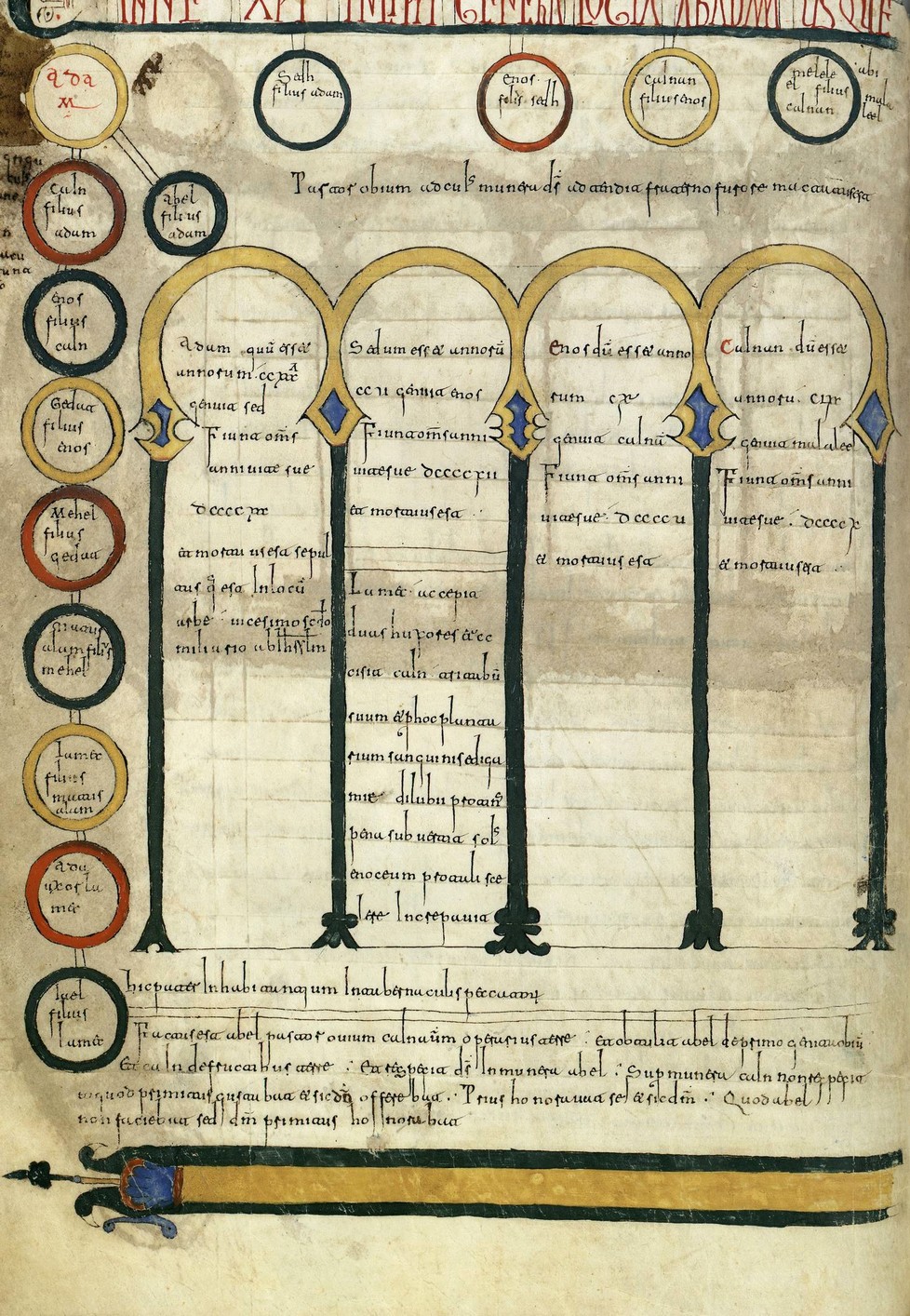 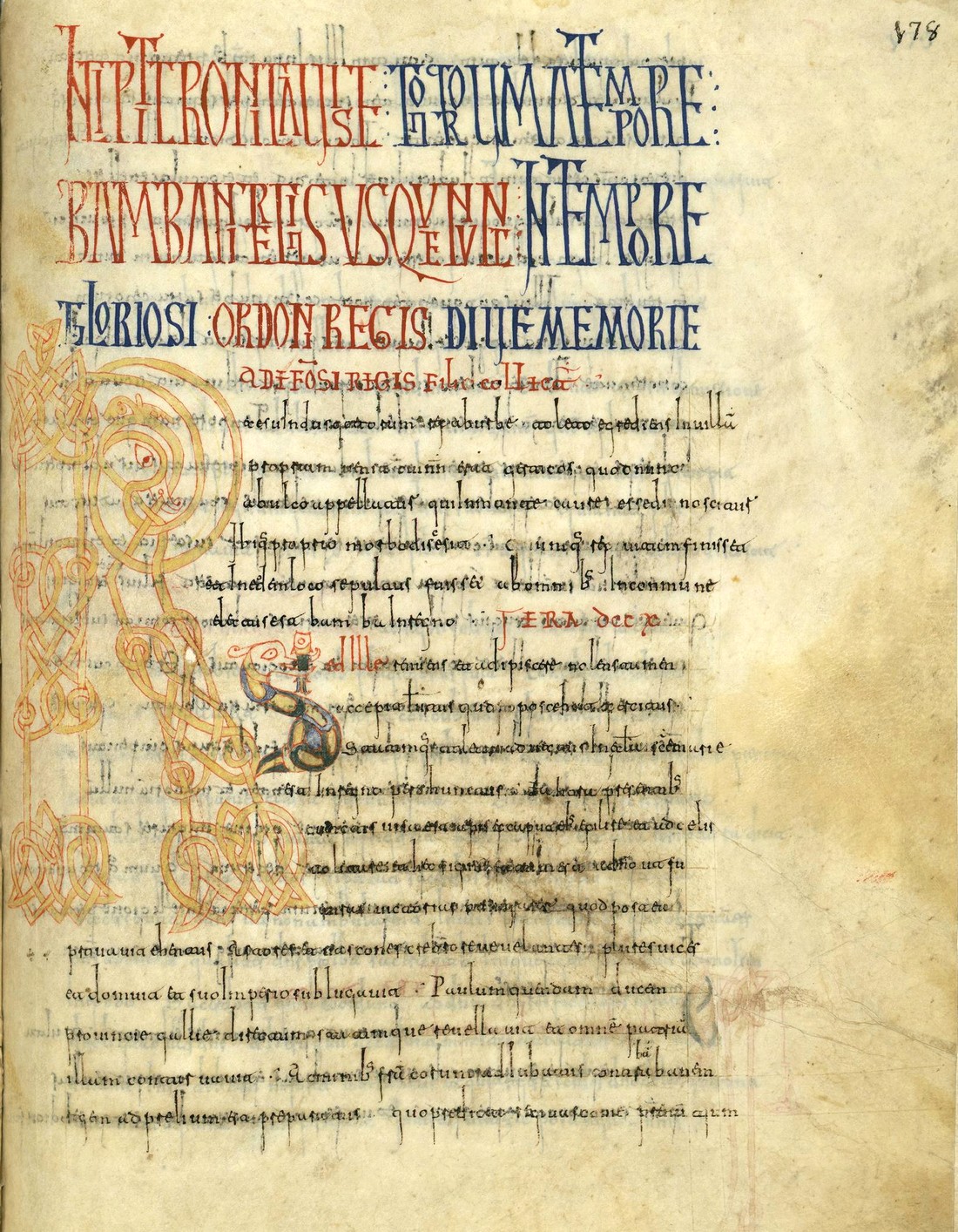 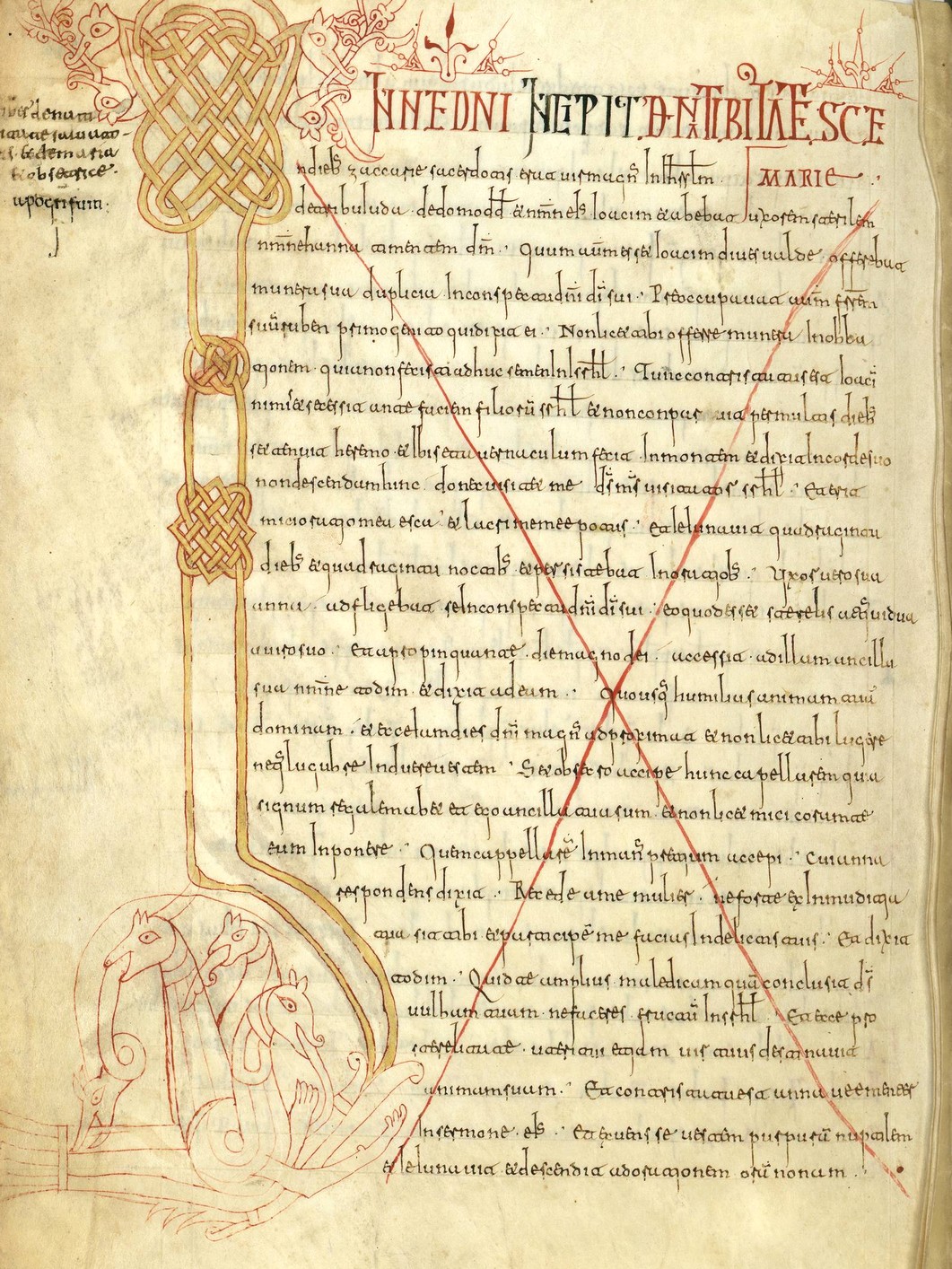