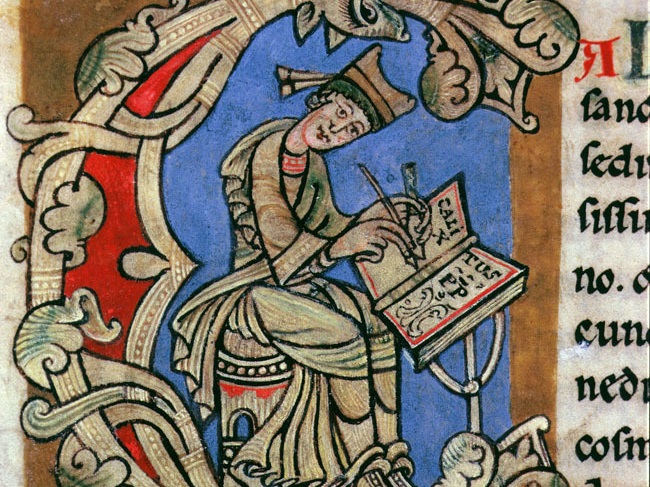 At the beginning of the 9th century, the “discovery”of the tomb of the Apostle Saint James the Greater occurred in the western part of Europe, who according to tradition had participated in the evangelization of the Iberian Peninsula and later from his martyrdom in Jerusalem his body was brought by sea to the vicinity of Finisterre.

His tomb immediately became an important Christian pilgrimage center. At the beginning of the 12th century it seems that Pope Callistus II, mentioned several times in this codex, uncle of Alfonso VII of León and with a good relationship with Archbishop Gelmírez, transferred to Santiago de Compostela the title of metropolitan see that had hitherto belonged to Mérida, held by the Arabs, and established the Jacobean Holy Year, which was essential to turn the tomb of the apostle into the largest pilgrimage center of Christianity with Rome and Jerusalem.

It seems that Callisto II also commissioned a French clergyman, perhaps Aymeric Picaud, to walk the French road to Santiago to write a book defining all aspects of the journey for future European pilgrims.

This book “of the journey”, around 1140, was joined by four other books by various authors and on various subjects, all on the cathedral headquarters of Compostela, after subjecting them to a final revision, possibly carried out by Aymeric Picaud, to form the Codex Calixtino. Currently, there are several copies of the original codex, among which the Cathedral of Santiago and the Cathedral of Salamanca stand out. The first, which we analyze here, is the work of a Ripoll monk and was deposited in Santiago in 1175.

The Liber Sancti Iacobi [or Codex Calixtinus] is a compilation of Jacobean texts, of different origin, date and author, made during the 12th century, we do not know exactly where or by whom, to make known the most important facets of the Compostela headquarters. , its history, its liturgy and the Jacobean pilgrimage from France. 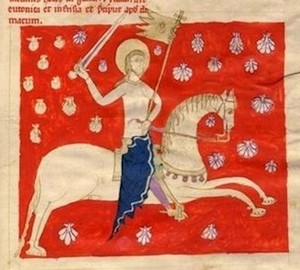 The original manuscript consisted of 27 notebooks, a total of 225 double-sided folios and a single column of 34 lines per page, distributed in five books with disparate characteristics and content, plus a letter from the Pope Callistus II as an introduction and two appendices, the second from a later period.

I- Book of Liturgies.

It is the most extensive, it contains the liturgy typical of the celebrations of the Cathedral of Santiago de Compostela. In thirty-one chapters it includes an extensive set of masses, homilies, and texts of various kinds dedicated to the glorification of the Apostle. It is written in lowercase carolina letter, with highly decorated capital letters and profusion of ornaments and images forming a homogeneous set.

It is the best known and possibly the oldest part of the codex. Twenty-two miracles are described with a foreword by Callistus II, eighteen of them written by Callistus II, attributed to Santiago the Apostle and related to protection, both physically and spiritually, that the Saint offers to pilgrims during their journey.

III- The Transfer of the body from Jerusalem to Galicia

It is described in four chapters:

Chapter I: The translation of the apostle James begins, brother of the apostle and evangelist Saint John, which is celebrated on the thirty day of December and in the way that he was taken from Jerusalem to Galicia.

Chapter II: Begins the letter of Pope Saint Leon about the transfer of Santiago Apostle, which is celebrated on the thirty day of December. 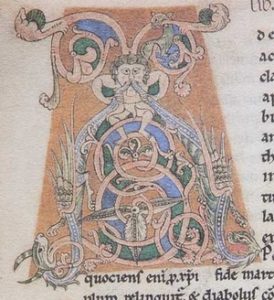 Chapter III: Callistus, pope, about the three solemnities of Santiago.

Chapter VI: About the conches of Santiago. On how the sound of the shells that the pilgrims carry increases their devotion.

Attributed to the Archbishop of Reims, Turpín , collects various accounts on the legends of Charlemagne, who had died before the appearance of the Apostle’s tomb, establishing a false relationship between the emperor and the Camino de Santiago, that did not yet exist in its time. This book offers great decorative richness.

The Liber Peregrinationis is the largest book in the Calixtino Codex, its objective is to offer a broad description of the different stages of the journey, with information on inns, hospitals, and on people and populations, roads, bridges, churches and the relics they contain. At the same time, it takes the opportunity to warn the walker of the most conflictive or dangerous points, due to its aggressive people, who abuse pilgrims or for other reasons.

But this book is not only the first travel guide in History; it is also a compendium of historical and social information on the Middle Ages in Spain, not yet sufficiently analyzed, of great use to scholars. 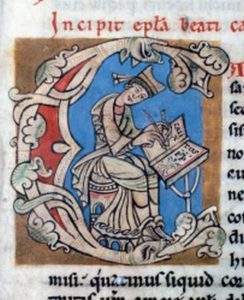 The first thing that stands out about this book is, as we have already mentioned, the great interest in favoring Santiago de Compostela, which was shown by Calixto II monk of Cluny, son of the Count of Burgundy, brother of Raimundo de Borgoña, first husband of Queen Doña Urraca and, therefore, uncle of Alfonso VII de León.

It is also very significant that, although it was given the final form in Santiago de Compostela, it is a French work for the most part, since it was written by a French cleric, by order of a French pope and for pilgrims who come from France. Finally, the final compilation and the final revision were also carried out by a Frenchman.

But its main values ​​were the help that it meant for the pilgrims, which significantly encouraged the trip to Compostela, and the important liturgical, historical and social information about the Apostle’s headquarters and about the structure of the Camino and the characteristics of the lands that it crossed and of the people who inhabited them. 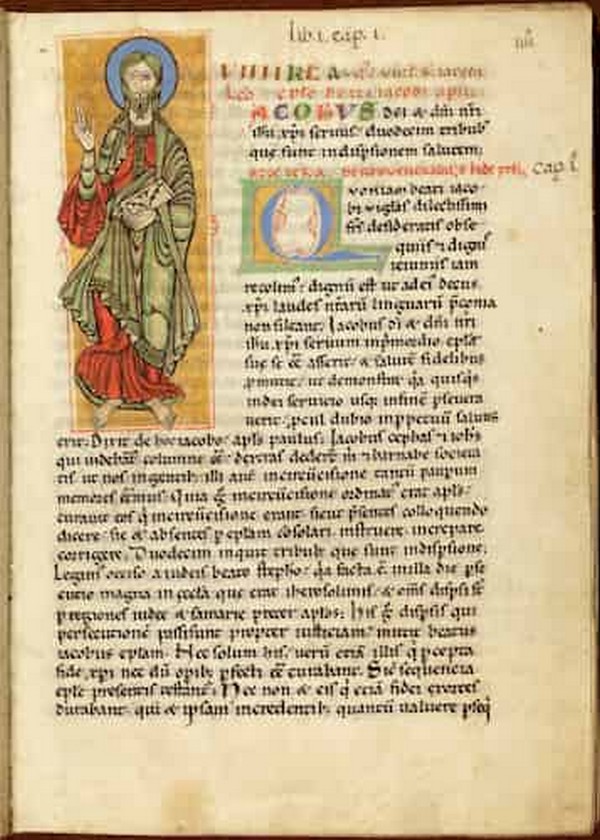 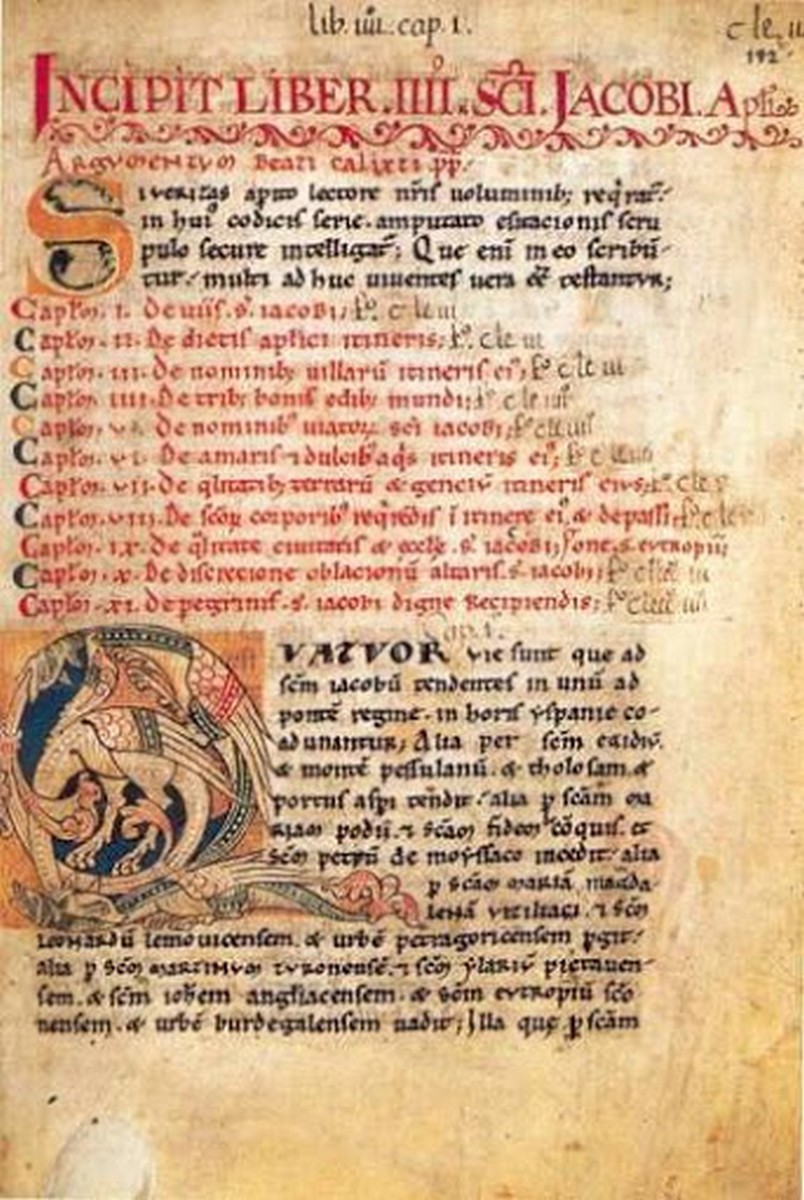 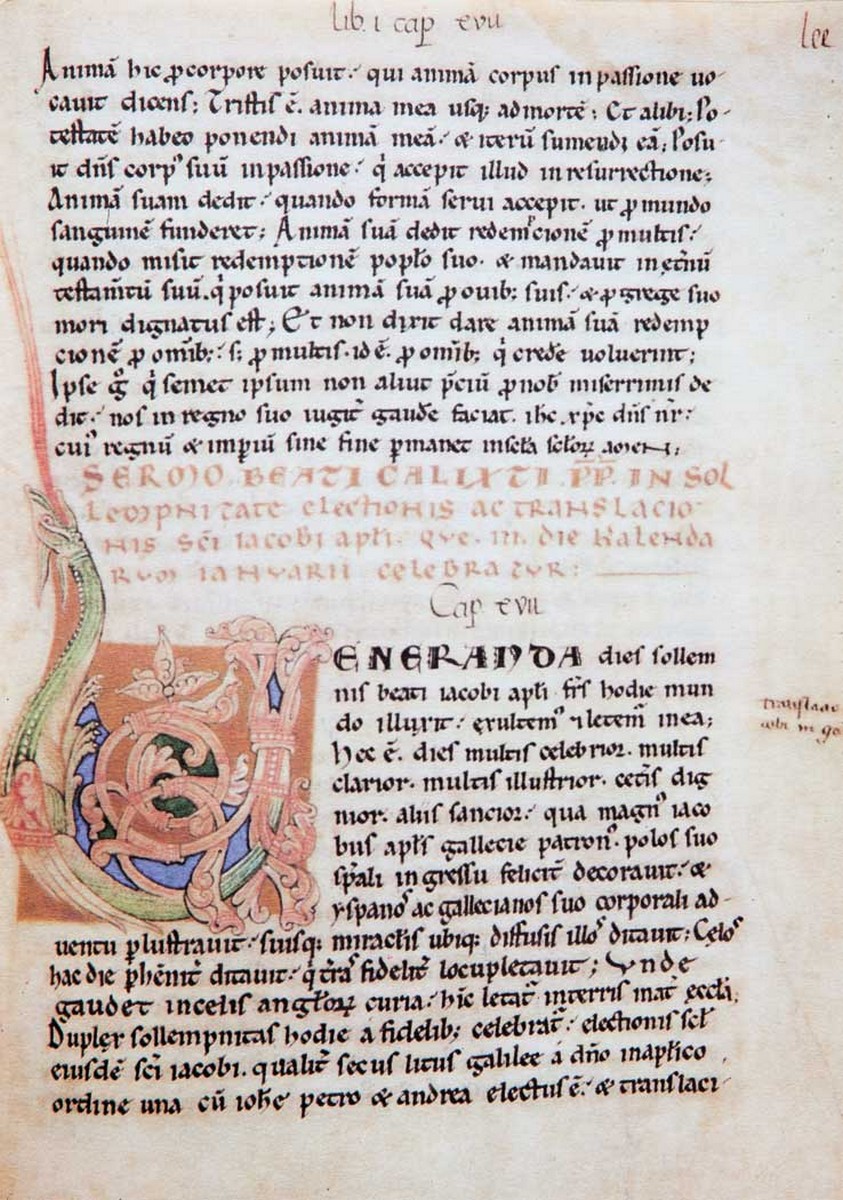 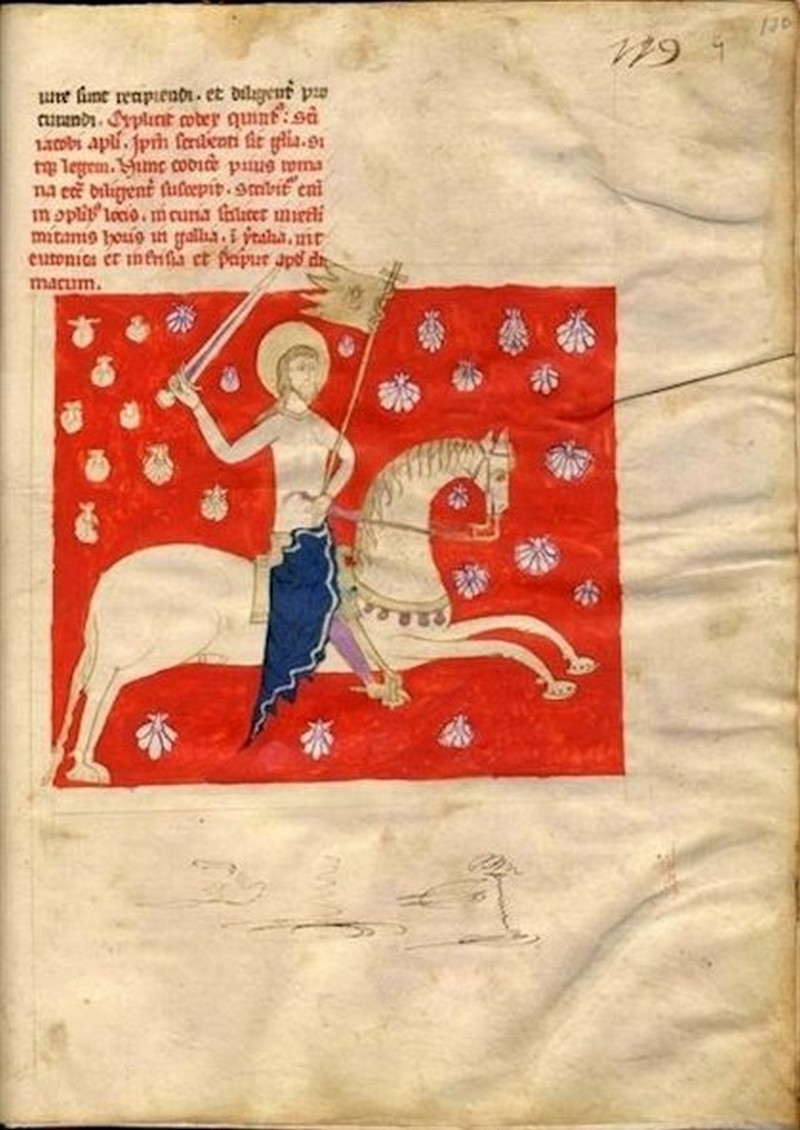 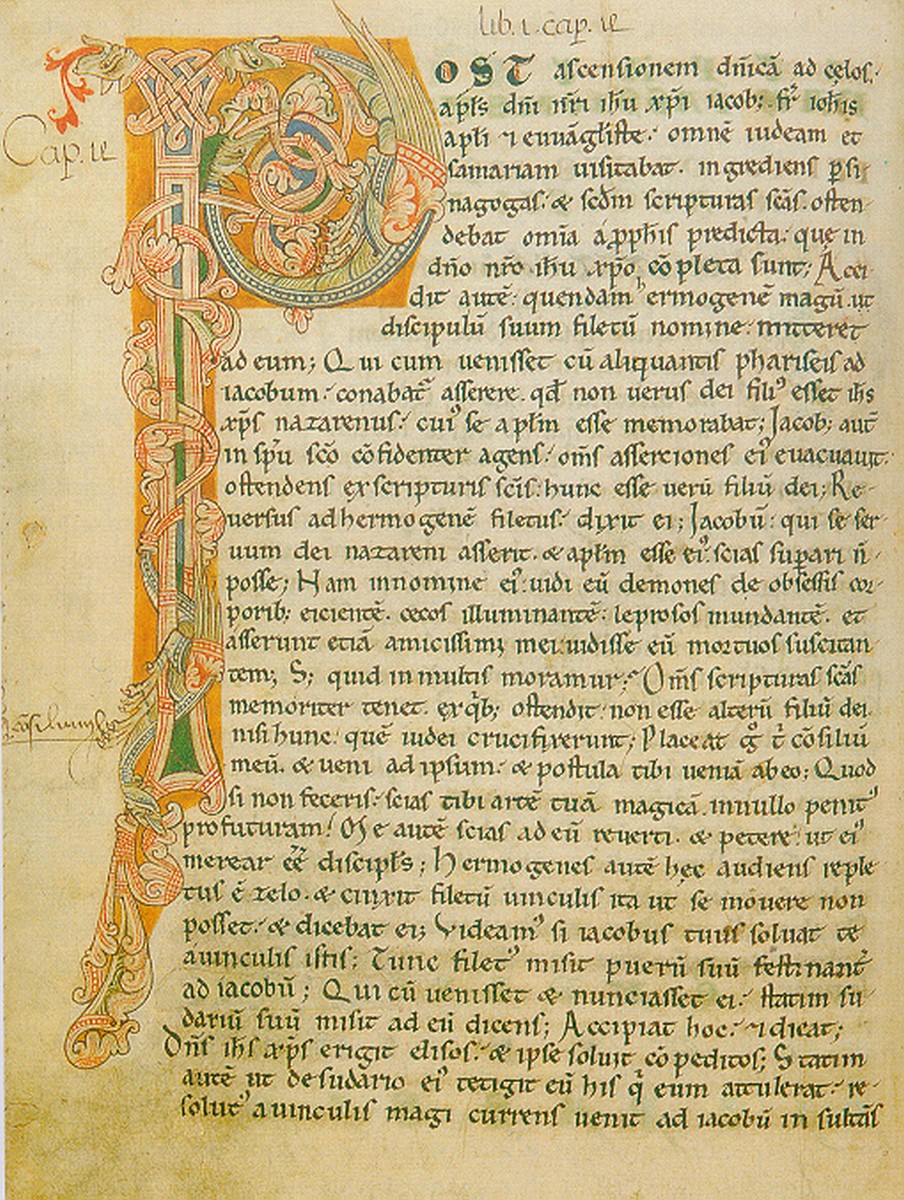 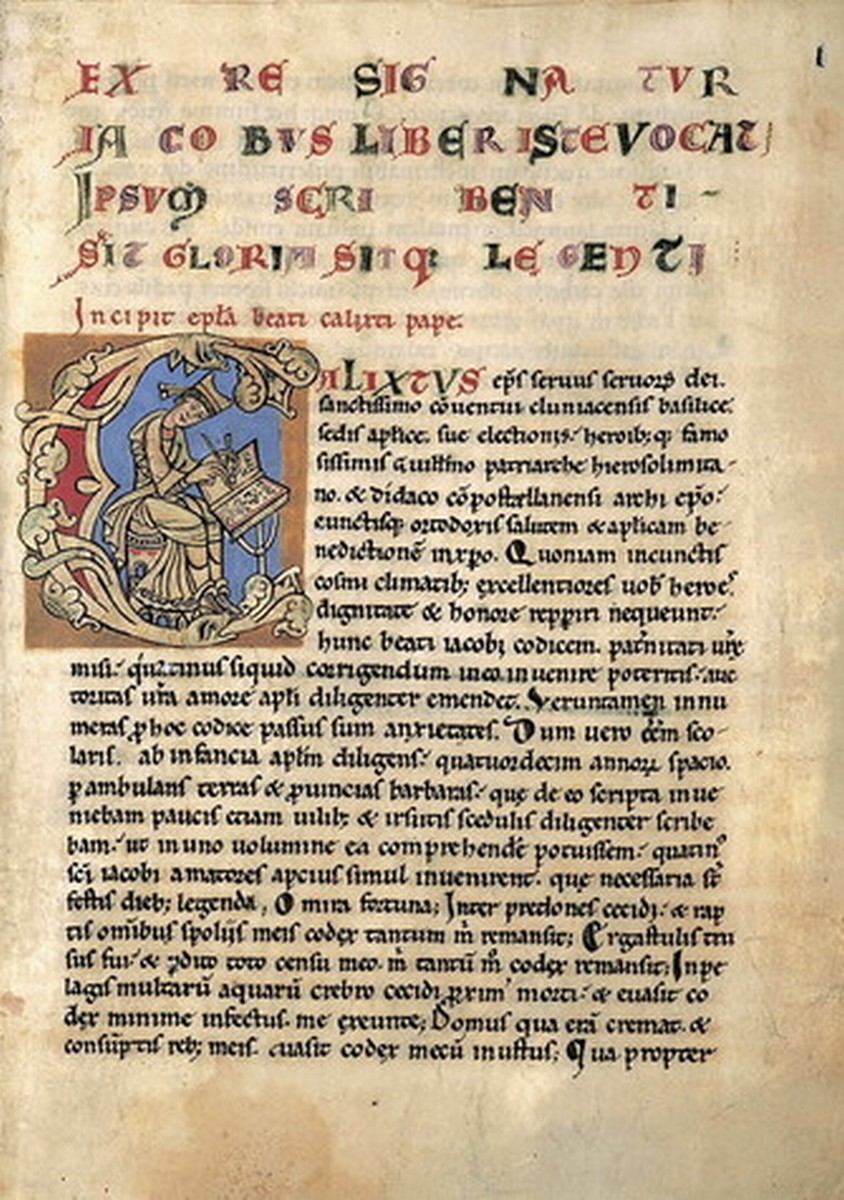