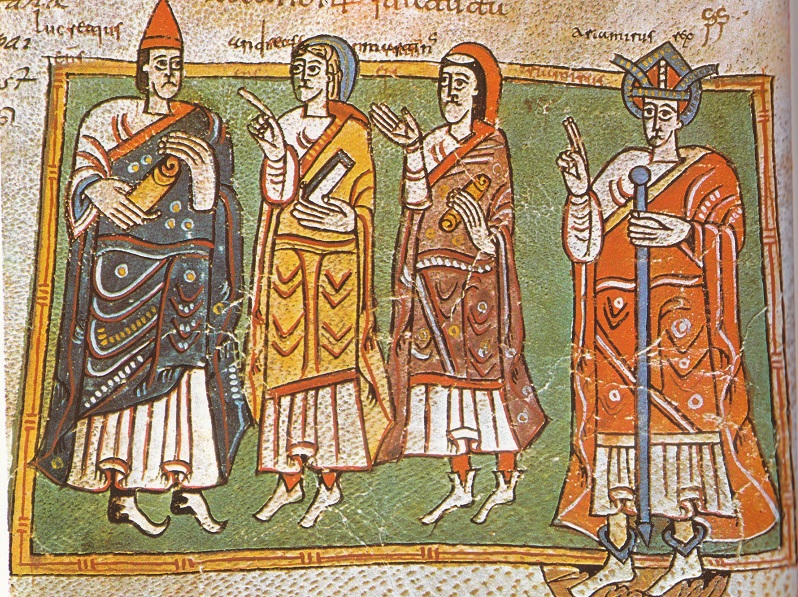 As recorded in its colophon it was completed in 976, after two years of work, in the Monastery of San Martín de Albelda (Rioja), under the reign of King Sancho II of Navarre. 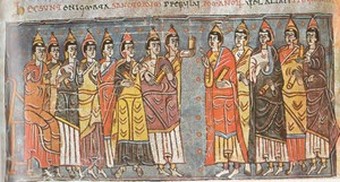 We can also know its authors -Vigila, Sarracino and García- since they appear drawn in folio 428, together with three Visigoth kings -Chindasvinto, Recesvinto and Egica- and three of their successors in Navarra and León -Urraca, Sancho and Ramiro-.

Among many other canonical, juridical and historical contents, includes the copy of the chronicle of Alfonso III, so named because it seems to have been written by the Asturian monarch himself at the end of the 9th century and that it is considered as one of the main Christian sources to know the history of the end of the Visigoth kingdom and that of the Asturian monarchy.
It is currently in the Library of the Royal Monastery of El Escorial, thanks to a donation from the Count of Buendía to Philip II.

The Monastery of San Martín de Albelda, founded by Ordoño II with more than one hundred monks in 921, was during the tenth century a cultural center of first order with a scriptorium of great importance. However, of the large number of books in Gothic script that the Count of Aguilar could still see at the beginning of the 16th century in one of the caves of the monastery, we have only two complete manuscripts: the Codex Albeldense and the Codex of Godescalco which is currently preserved in the National Library of Paris.

The first of them is a fundamental work, not only of the production of this monastery, but of all the Spanish bibliography of that time, both by the number of folios miniados, some to full page, and the quality of their miniatures, as well as the effort to compile historical texts 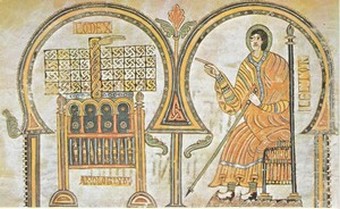 The first of them is a fundamental work, not only of the production of this monastery, but of all the Spanish bibliography of that time, both by the number of folios miniados, some to full page, and the quality of their miniatures, as well as the effort to compile historical texts.

In order to gather the political, religious and historical information of the Christian kingdoms up to that time, the codex contains a complete collection of the Spanish councils and the canons of all the general councils, in addition to a selection of canons and the decrees of the pontiffs up to Saint Gregory the Great, as well as the Liber Iudiciorum, civil code promulgated by Recesvinto in 654 and whose translation was used as “Fuero Juzgao” in Spain until the 13th century and in part to this day. It also included other texts of history or liturgy, such as the Albeldense Chronicle, the Prophetic Chronicle or the Life of Muhammad, all done by one hand and with a certain plot unity.

The volume of information of such different types that it includes leads us to think that for its development it was based on one or several previous codices and copies of the minutes of the councils of the Visigoth church, since it seems very difficult that they could have consulted the originals, three hundred years old at that time, from a monastery so far away from any possible information center. According to Pijoan, Vigila and his collaborators had to copy an earlier text that supposed to be also illustrated, since he considers that they exist in the drawings and in the clothing of the characters details that correspond to previous times.

Highlights its magnificent set of miniatures in which, within a very personal style but clearly rooted in the general characteristics of its Mozarabic environment, special attention is paid to the human figure, 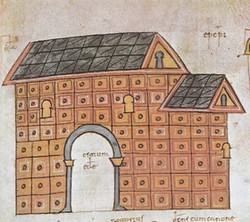 which is elongated, with a certain sense of movement, and appears in many cases forming framed groups, in which each figure is perfectly differentiated in the pictorial space. The treatment of the faces is based on very similar features in all of them, oval profile that in a single stroke that reaches the ear on the other side, the eyes formed by two arches with large round pupils always black, while the eyebrows are two segments ending in the straight line of the nose. The category of characters, to which his name or that of his position is also added, is usually reflected in his clothing, usually very decorated and with one or two folded with vertical parallel lines. Another feature to highlight is the treatment of the hands, which are usually large and in postures that produce a certain sensation of movement.

As it happens with most of the works of the Mozarabic illuminators, in the very rich decoration that we find for example in the capitals, arches and columns of the Albeldense Codex, influences of all kinds have been found, from imitation of models of the Visigoth period, up to multiple details reminiscent of Irish or Carolingian art and those announcing the arrival of Romanesque painting, including various Nordic, Islamic, Syrian and Coptic motifs. However, in all his figures is recognized the hand of an artist of great personality -Vigil- who, although he shares the marked spirit of all the miniature of his time, offers his own characteristics, which make him perfectly recognizable, something common in an eclectic environment in which in most cases we could say each artist created his own school.

A detail of interest to note is that in this codex is found the oldest record preserved in the world where the nine Hindu-Arabic figures, since it does not include zero, are written in the same format that is used today. 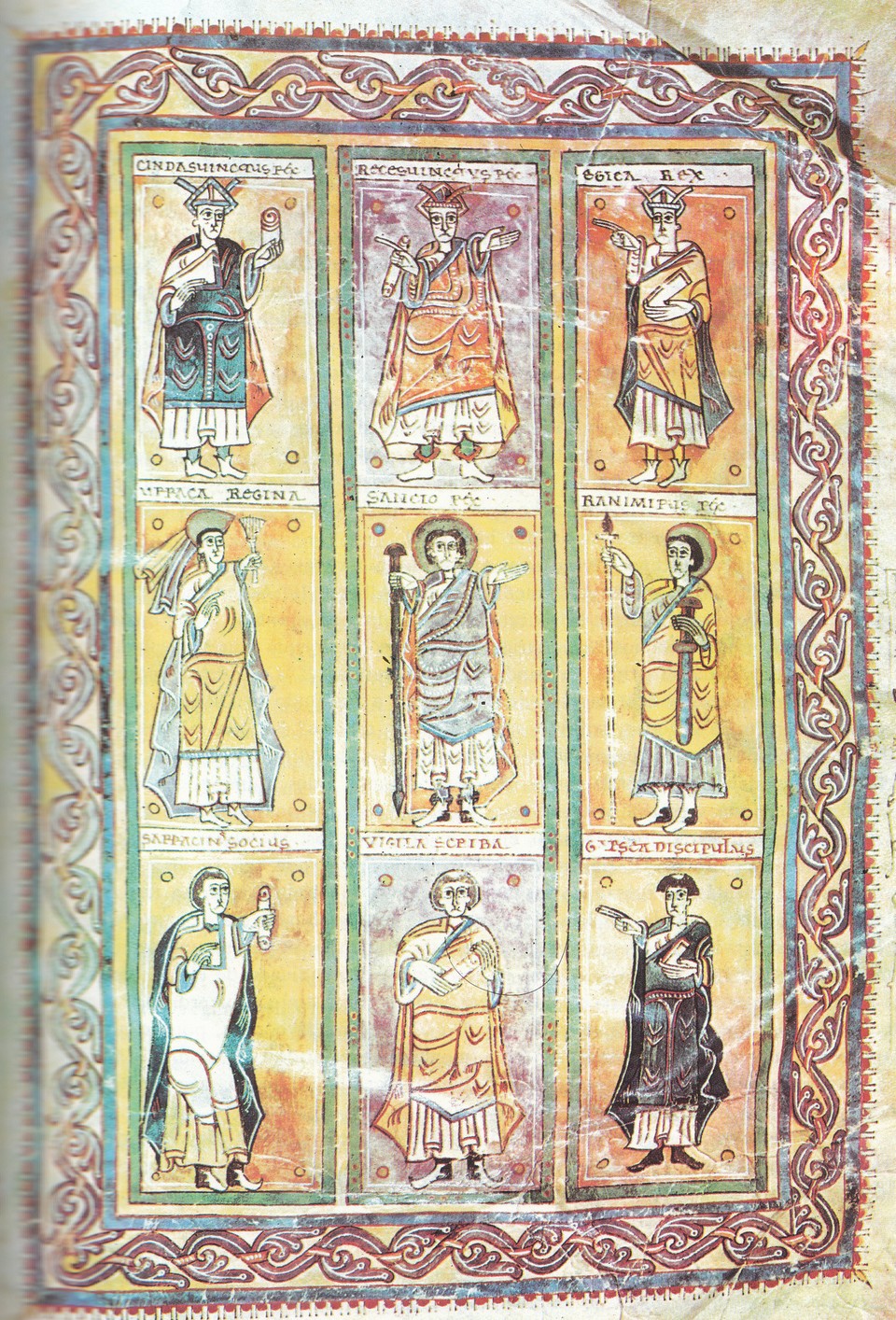 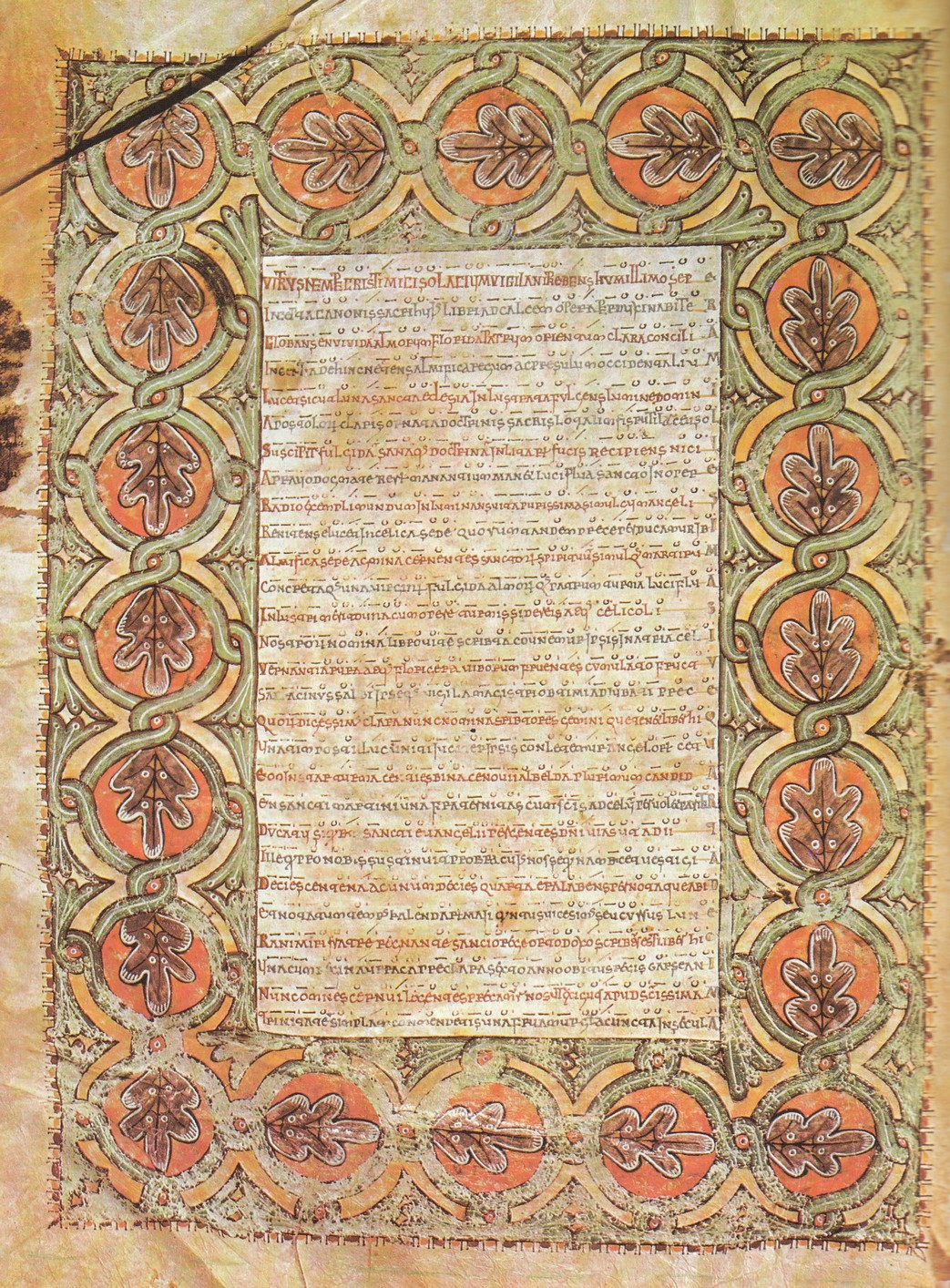 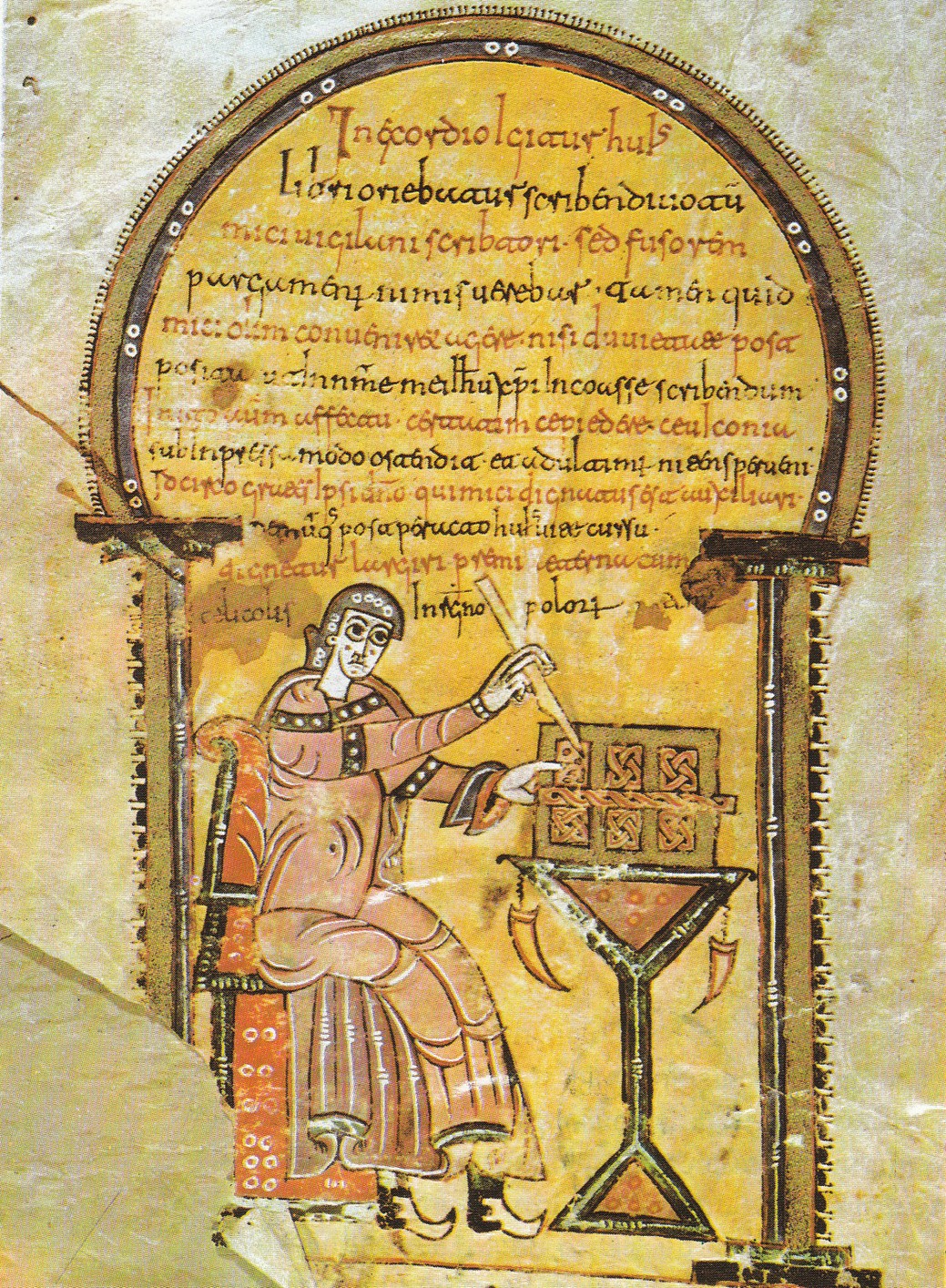 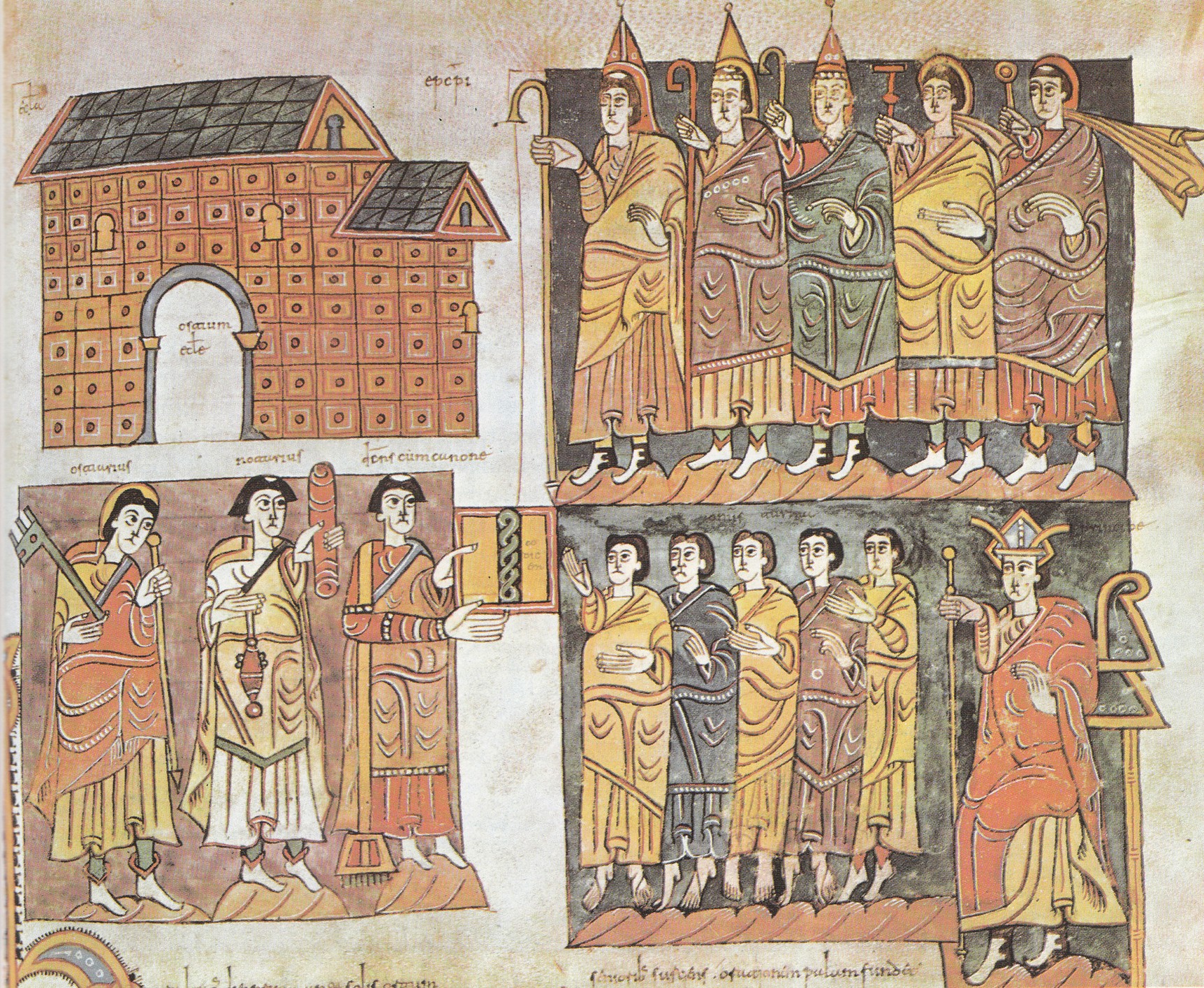 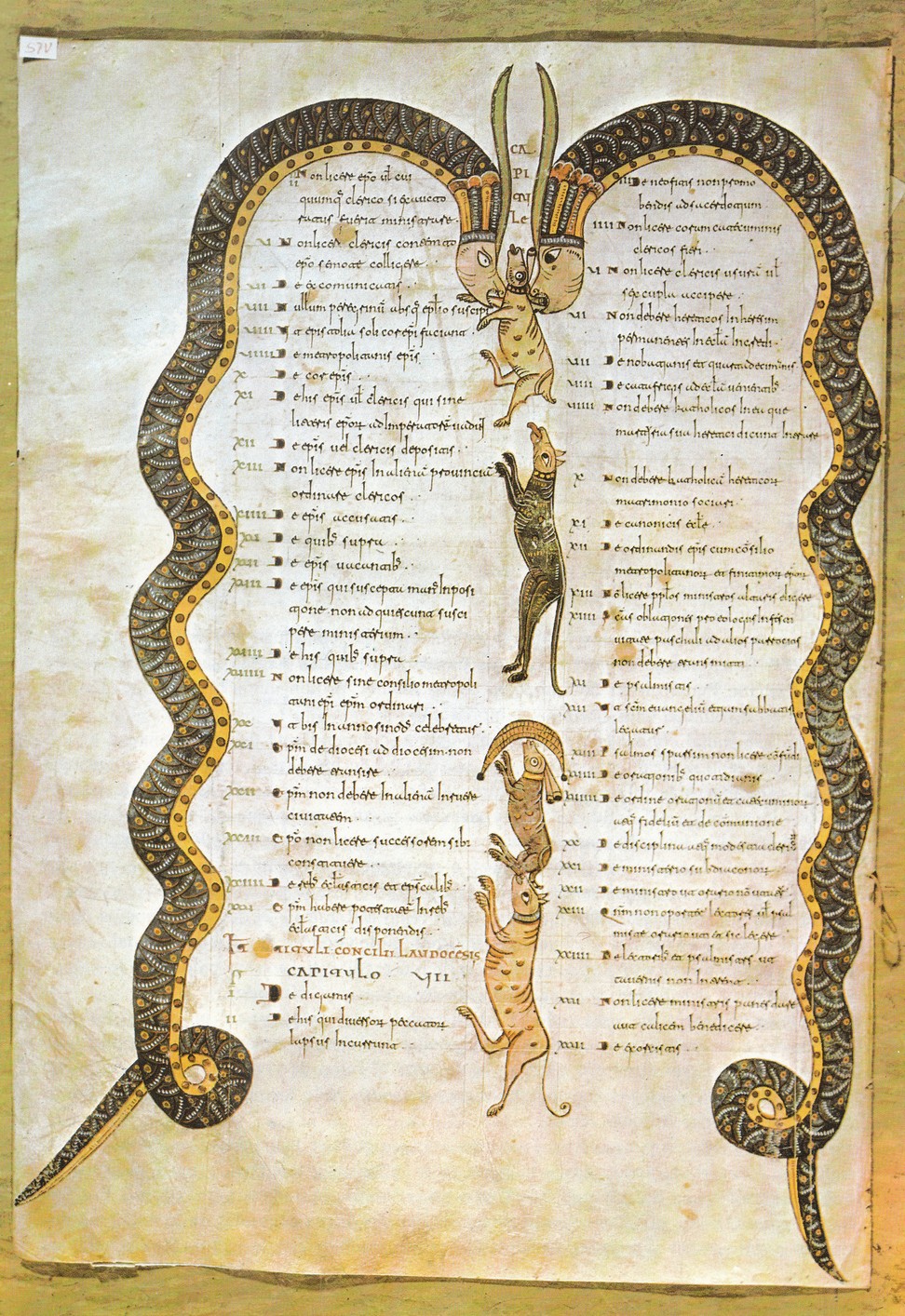 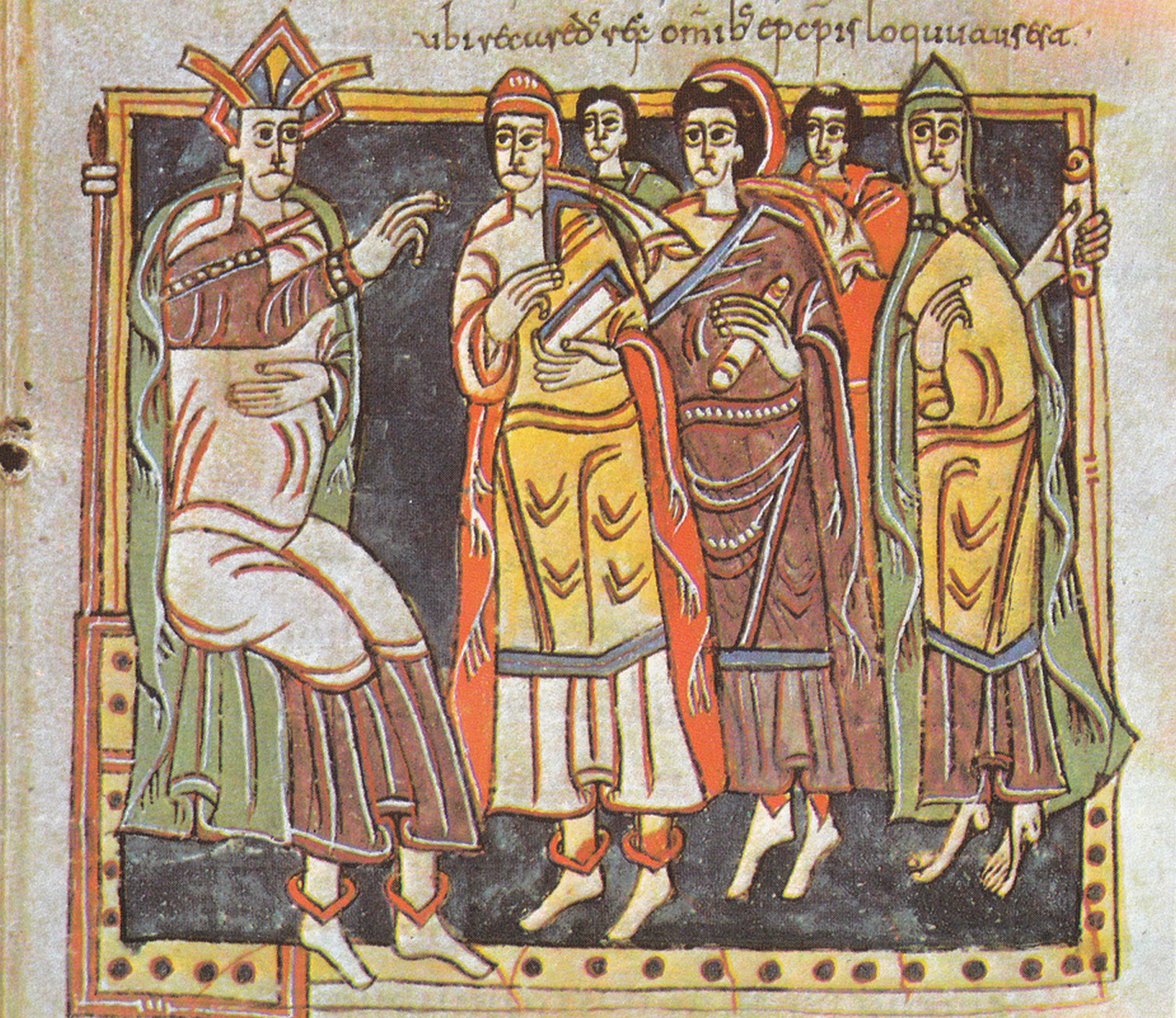 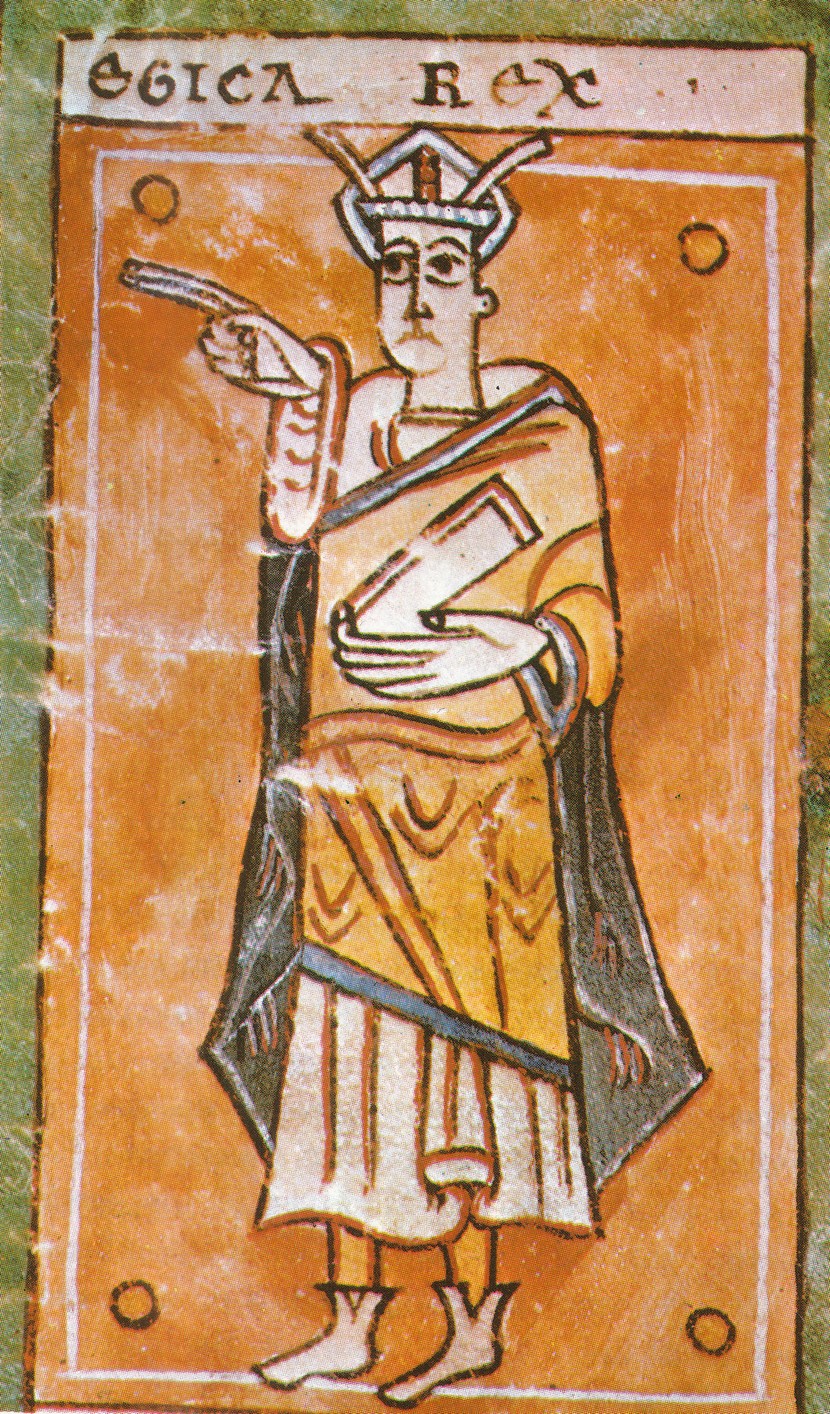