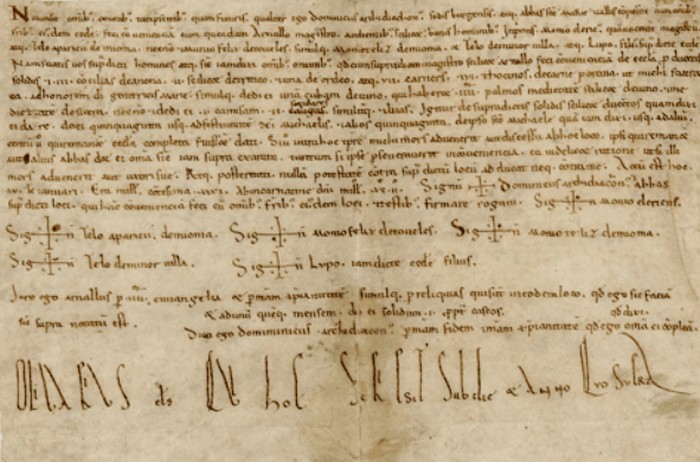 In the year 804, at the beginning of the reconquest, Bishop Juan arrived at the valley of Valdegovía and found in Valpuesta a small abandoned church, dedicated to the Virgin. It rebuilds it and establishes a community of monks inspired by the rule of San Fructuoso and its episcopal see, the second of the kingdom of Asturias after that of Oviedo, created by King Alfonso II. This monastery was for 300 years a fundamental centre in the process of repopulation of northern Burgos, on which many other monasteries depended. After belonging alternately to Castile and the Kingdom of Navarre, Alfonso VI finally incorporated it into the bishopric of Oca-Burgos and at the beginning of the 13th century, when the border with the Arabs was already south of the Tagus, its importance had been greatly reduced.

After being occupied by the French army during the War of Independence, he used the volumes of his library to warm himself, and of the confiscations of the nineteenth century, Today there is nothing left of the monastery and only the two calves that we call “Cartularios de Valpuesta” have been saved and about 30 manuscripts recovered by the Bishopric of Burgos, already in the twentieth century. 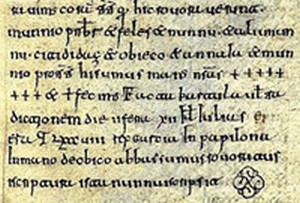 The Cartularies of Valpuesta are two collections of copies of documents from the monastery, between the years 804 and 1190. The first, the “Gothic Calf” is written by many hands and includes originals of some documents and copies of others, while the second, the “New Calf or Galicano”, which also includes some original documents, was transcribed by a canon of Valpuesta. But it is not a complete copy, it is not even a direct copy, because while in the first the documents do not follow any kind of order, in the second it selects only a part of the monuments by modifying their position with respect to the original, now seems to have a certain geographical order.

Its content is very varied, although it highlights the small number of real documents and the absence of foundational documents, privileges or first donations. In quite a few cases only relevant parts of the original document are copied, which leads to think that the object of the first codex would be to group documents from many scattered around the library while the second would be to obtain a second copy of the most important.

A noteworthy fact is that in the Gothic Calf are the first words in romance included in a manuscript although within a Latin grammar, unlike the Glosas Emilianenses that, although later, include complete sentences in Spanish.

In the early days of the reconquest, both monasteries and bishoprics and other bodies kept all the documents of royal or third-party donations, letters, appointments, concessions or any other kind and in many cases, for greater security and because of the need to preserve a reflection of their history and their properties, these documents were copied into codices that were called tumbles, calves or cartulars.

We call “Cartularios de Valpuesta” the set of two of these codices that include copies of documents of this monastery, of which 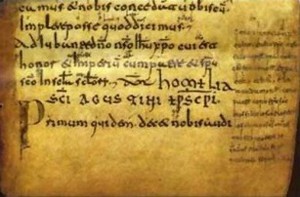 the second is a partial and rearranged copy of part of the first.

The first book, called Gothic Calf because it is largely written in Gothic script, is made up of documents written by 34 different authors, three of them original and the rest copies of different periods between the years 804 and 1190, that in the 12th century united without any apparent order forming a single codex.

Written partly in Gothic script and partly in Carolina, in Latin with some words interspersed in Romance, it consists of 117 folios of 260 x 190 mm parchment, some in poor condition, in which 187 documents are copied to which the three originals are added. It includes 8 documents from the 9th century, 39 from the 10th century, 49 from the 11th century, 90 from the 12th century and 1 from the 13th century, some false and others copied several times, such as the founding document, although two of its copies are incomplete. In general I am surprised by the limited presence of real documents, initial donations and privileges. It is not really a calf, since these used to be codices that included copies of documents of an organism in a period, copied in a short time by no more than three calligraphers; rather looks like a set of documents kept in the monastery library, which at some point in the 12th century was decided to group into a single collection to facilitate its use, but without any sort of ordination.

However, the New Calf or Galicano can be considered as a conventional calf in which in 1236 and in a short space of time, it was written by Rodrigo Pérez de Valdivielso, canon 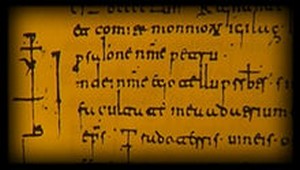 of Valpuesta. It consists of 65 folios of parchment 260 X 190 mm like the previous one, written at 24 lines per page in Latin in protogothic letter. It includes 141 documents, most of them copies of Gothic Calf documents and some originals. The copyist respects the original texts except for some grammatical corrections, as was customary in copyists of that time, replacing the romance words of the original with Latin.

It is not known why these monuments were selected, although it is clear that they do not include those related to the monastery of San Pedro and San Pablo de Buezo that was on the previous calf. It seems likely that as a precaution against the deterioration of the Gothic and the difficulty of understanding the old Gothic letter, this new copy of the most interesting documents was made a century later, but in this second book the order of the documents is modified, appears to be related to some kind of geographical situation, depending on the importance of the place to which they refer.

The cartulars of Valpuesta, that according to the RAE “include terms that are the first vestiges of the Castilian and the oldest found until now”, that appear in diverse documents of the centuries IX to XII, show us the transformation of vulgar Latin to romance in the lands of Castile and its study is fundamental to know the development of Castilian. 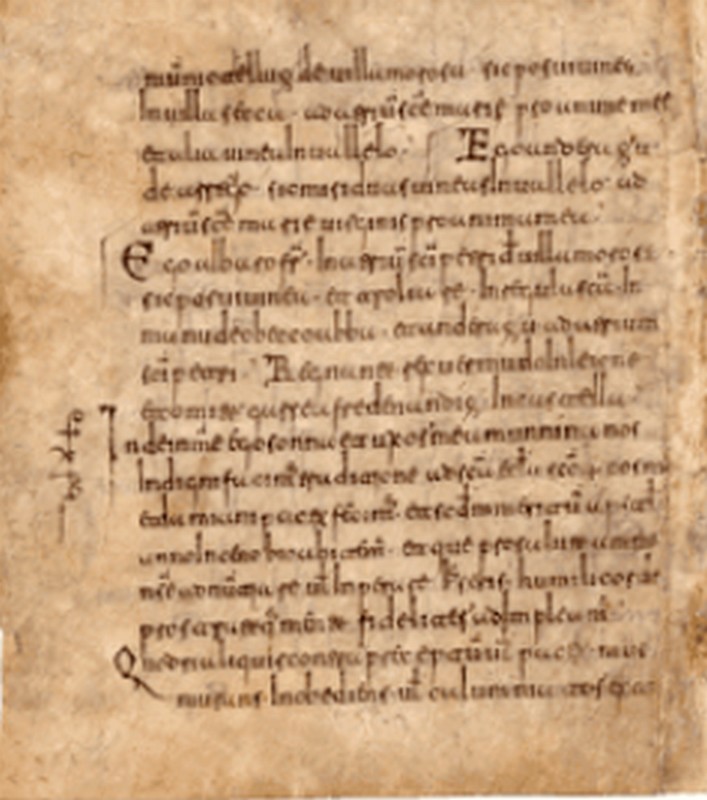 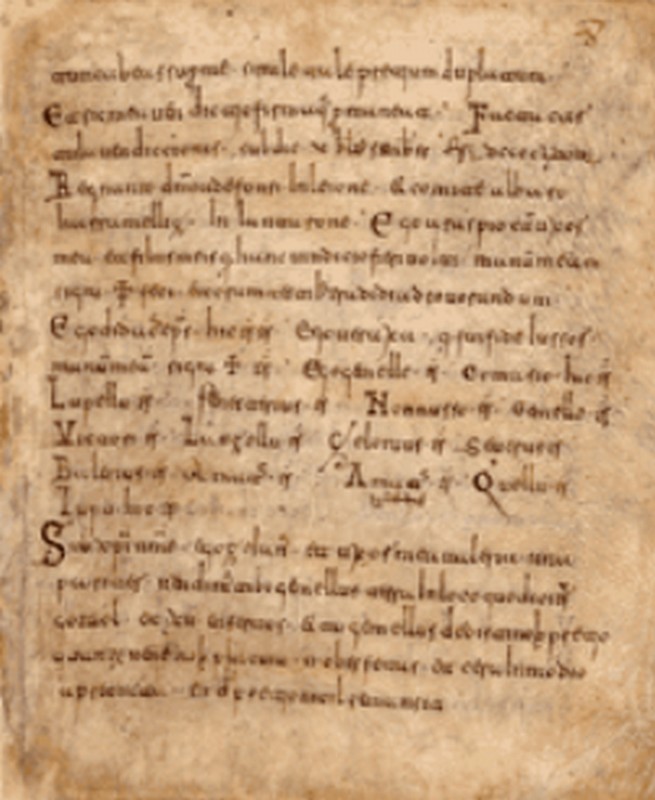 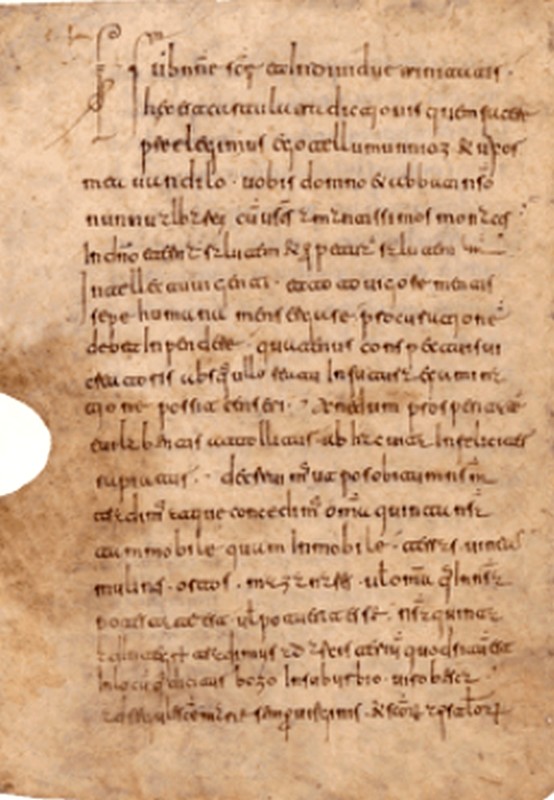 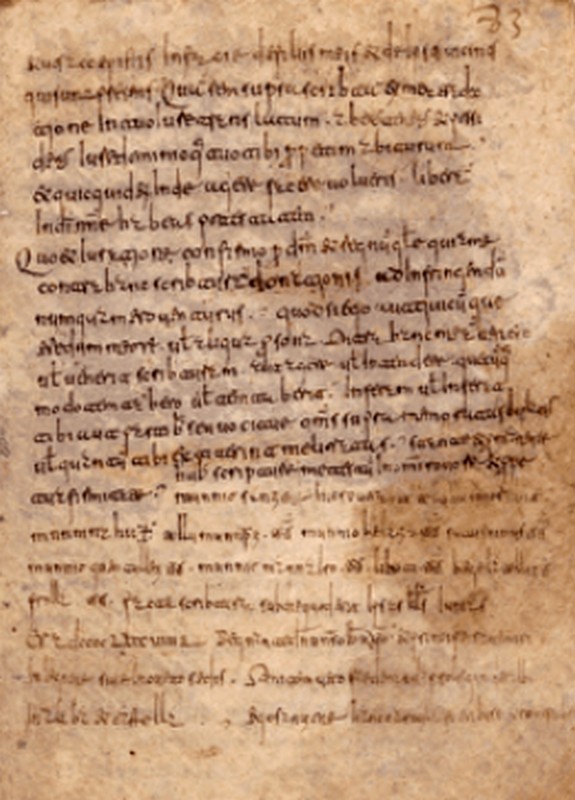 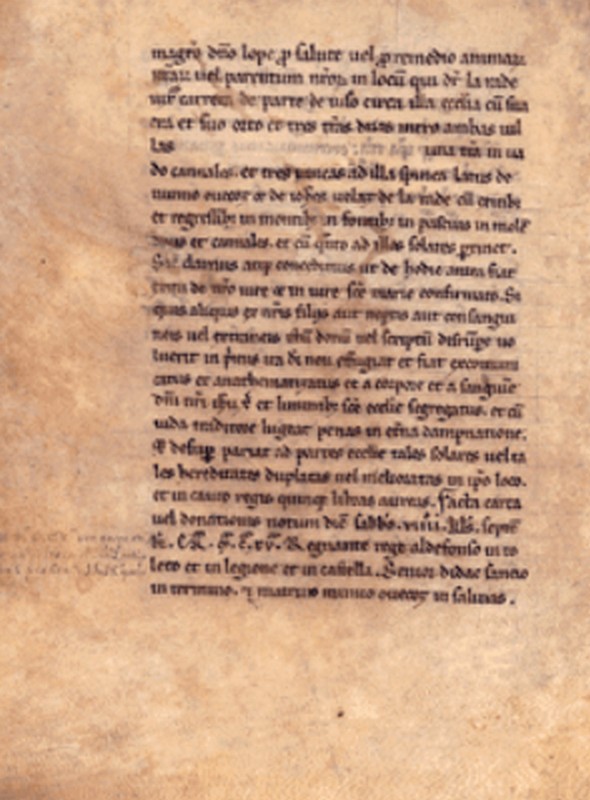 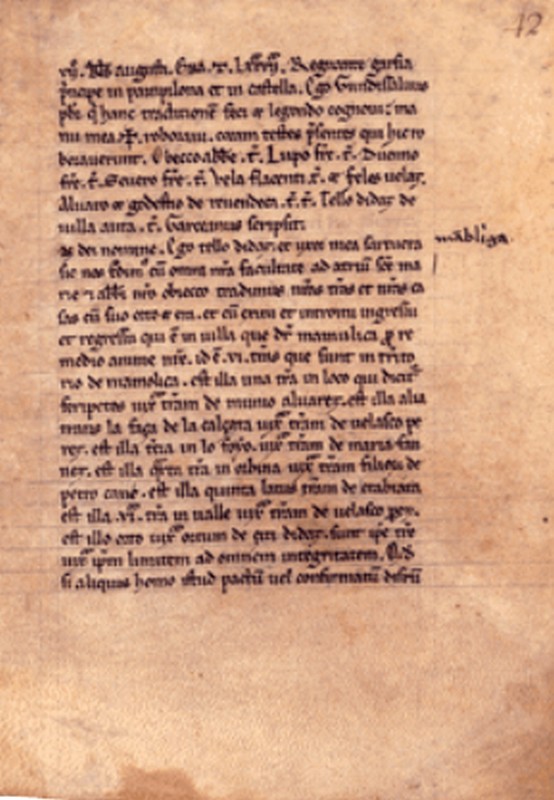 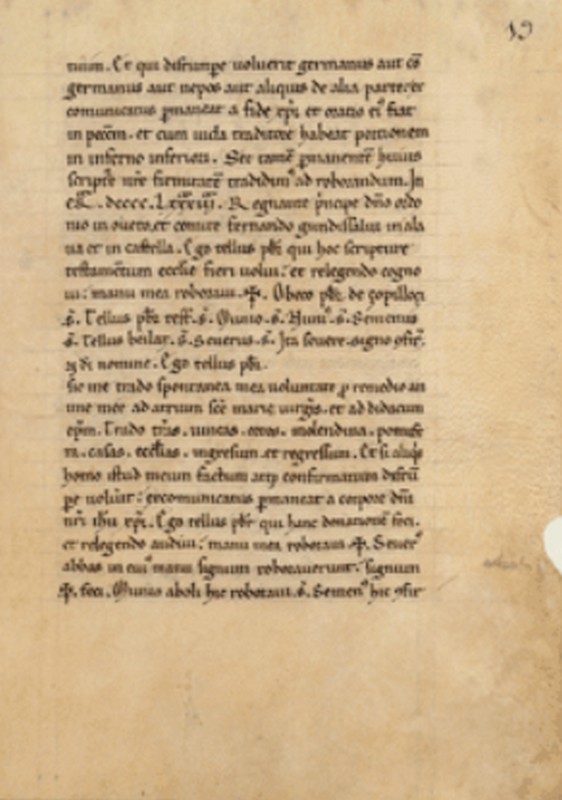