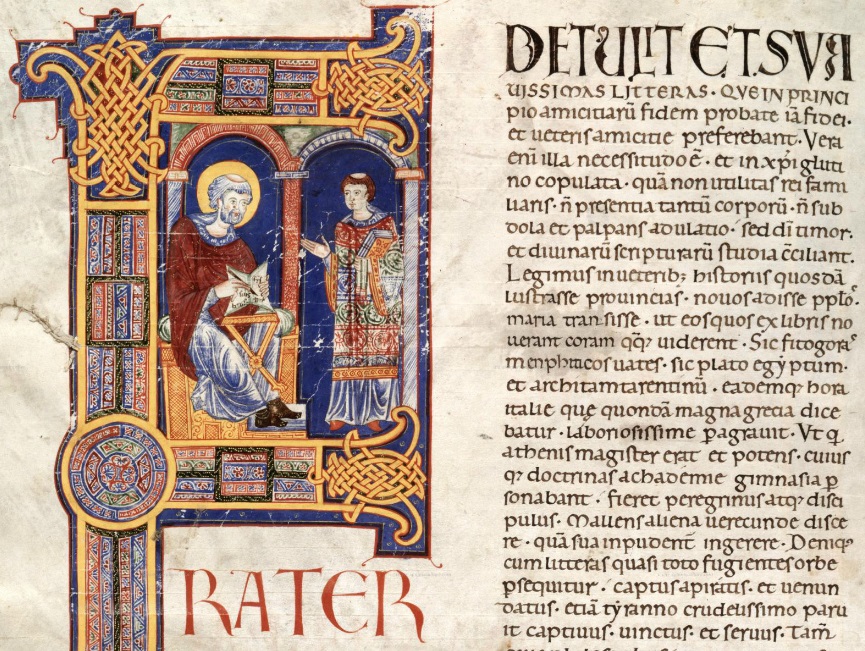 Italian manuscript dated between 1160 and 1170, belonging to the Umbrian-Roman school, transferred to the Cathedral of Avila where 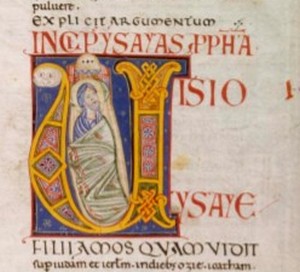 completed their text and decoration. Nothing is known about the manner in which it arrived in Spain, possibly at the end of the twelfth century, nor about its origin, but from the characteristics of the Spanish miniatures it seems that they developed shortly after its arrival, at a time of great artistic activity in the Cathedral of Avila, although until the 14th century there are no references in it to the existence of this codex.

By the decree of seizure of the archives, libraries and art collections, held by cathedrals, town halls, monasteries and military orders within the “Desamortización de Madoz”, it became the property of the State along with 400 other scrolls and codices of the cathedral and since then they have been guarded by the National Library, where it has been maintained since then despite continuous claims to be returned to the Cathedral Chapter.

In recent years the full codex has been digitized, from which they have obtained the attached images.

Italian Romanesque manuscript whose text and images were completed after his arrival in the Cathedral of Avila at the end of the 12th century. 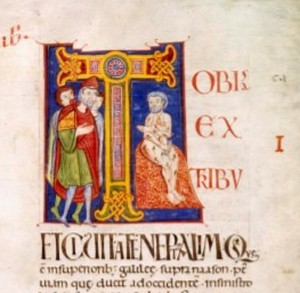 The Avila Bible is a copy of the Latin Vulgate which, due to its large dimensions -842 pages of 580 x 390 mm in parchment and about 15Kg in weight- is considered the best exponent in the group of “Atlantic Bibles”large manuscripts for the liturgical use of monastic communities, created between the end of the 11th century and the end of the 12th century, in the midst of a Gregorian reform and in the geometric style very different from other European models, which was already common in Roman mural painting in the 12th century, and which is characterized in the miniature by the initials that start each Biblical book, with geometric frets and a very sophisticated decoration, which we also find in other Italian codices of that period, especially at the desks in Rome and Milan.

Although there is no record of its initial dating or origin, there is no doubt that its origin would be Italian from the middle of the twelfth century and that it would reach Avila around 1175 where the work was continued, in a style very different from that of the Italian part.

The Italian miniatures reflect the sobriety of the geometric style that drove the reform of Gregory VII, characterized by yellow initials, with grecas of geometric and vegetal motifs inside and with interlaces and palmettes, in which are sometimes included portraits representing the authors or biblical characters.

In Spain the texts of books III, IV and V as well as their decoration were completed, since they include six folios, each with several scenes of the New Testament on childhood, public life, passion and resurrection of Christ, of which five can be seen in our image gallery: 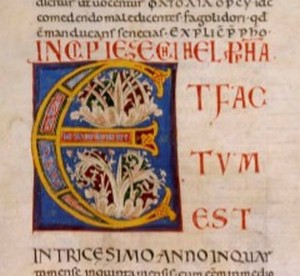 All the scenes, inspired by Castilian Romanesque, give priority to the meaning of the images over their aesthetics or their technical and artistic aspects, using as background the colour of the parchment.

The Avila Bible, as we have already seen with some blesseds created in France and Italy, demonstrates the wide exchange of manuscripts and of experiences and knowledge among the different scriptoria of Europe, favoured mainly by the pilgrimage routes to Compostela and by the influence of the order of Cluny. 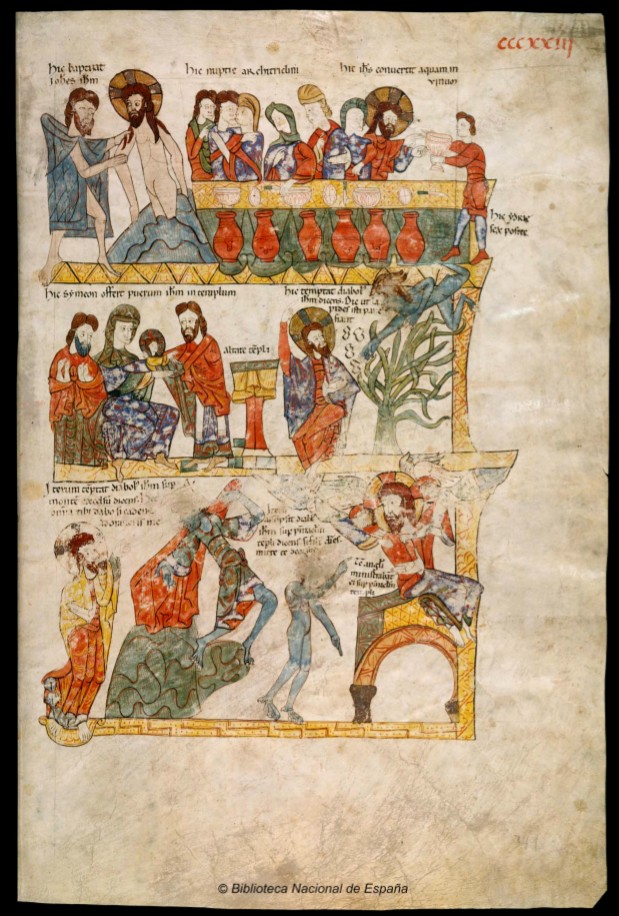 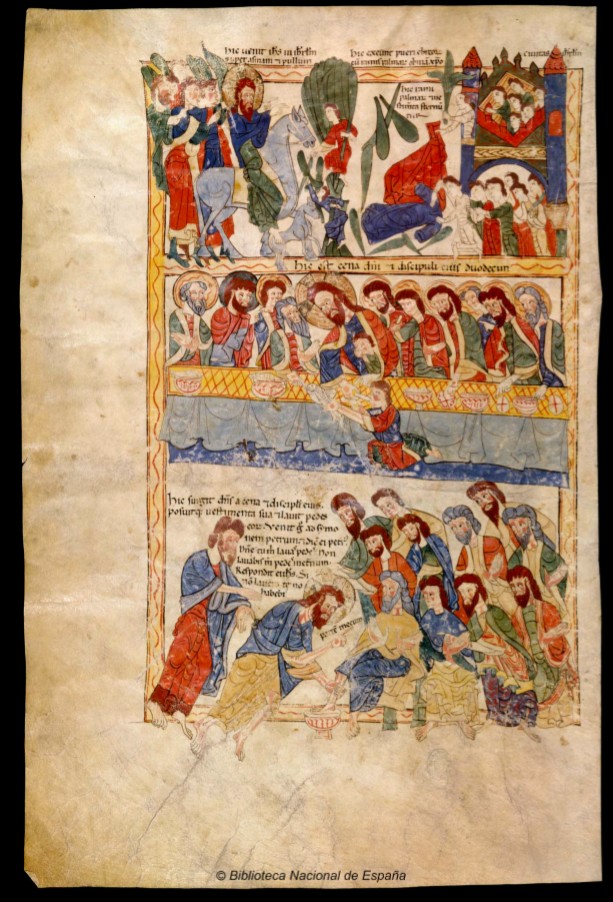 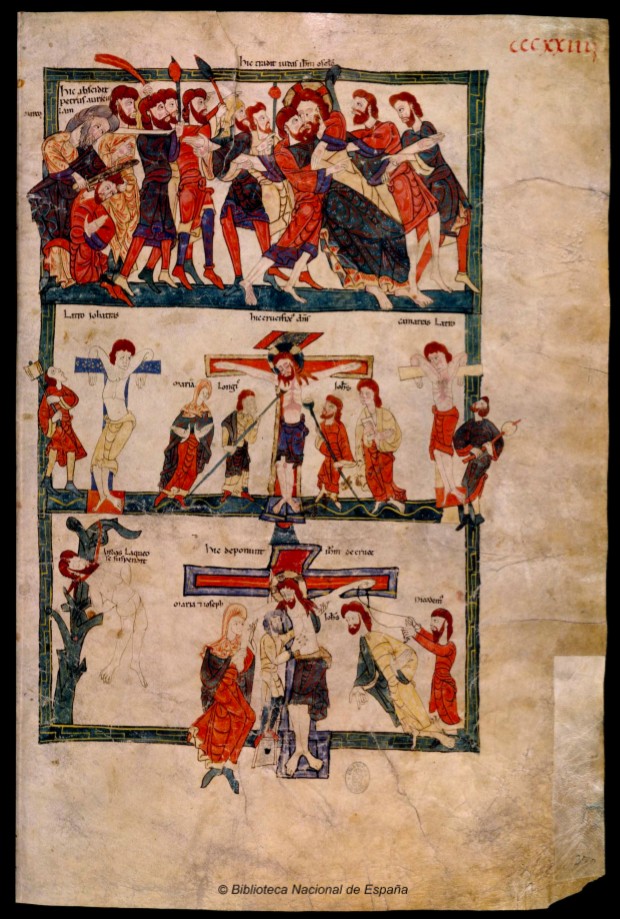 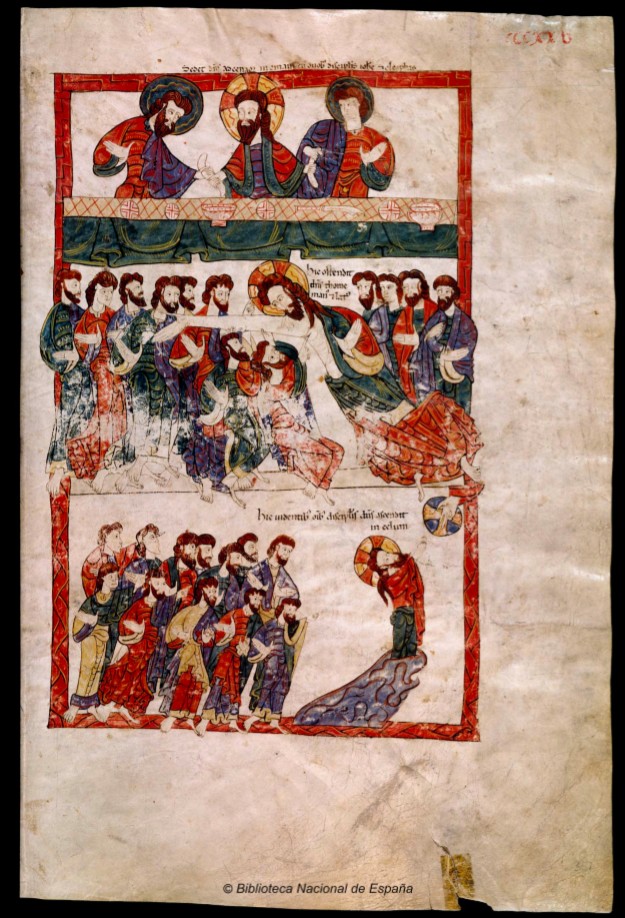 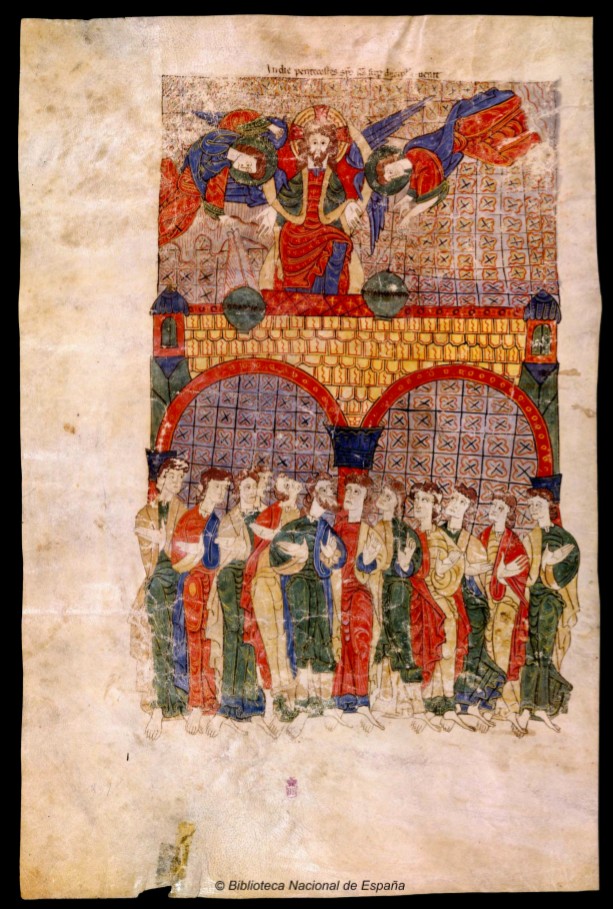 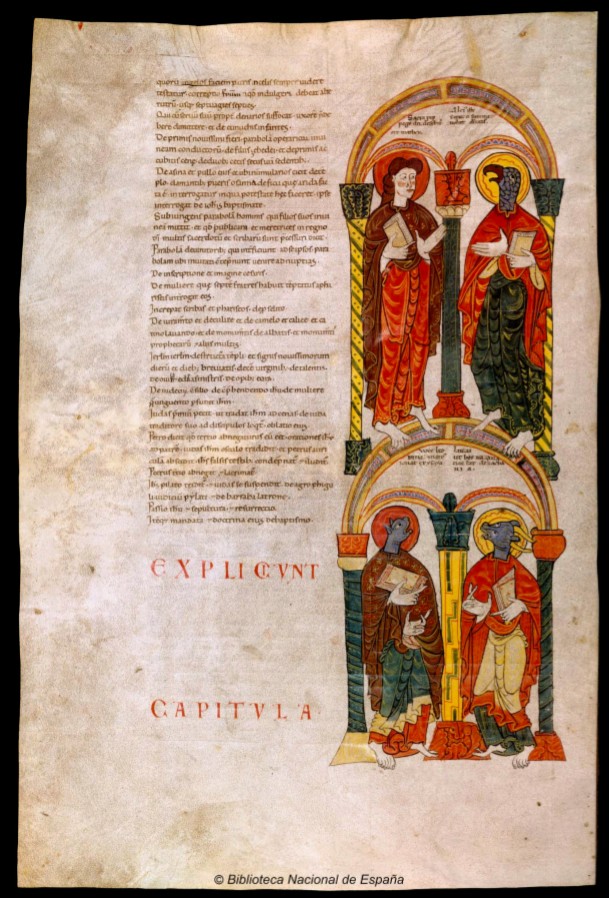 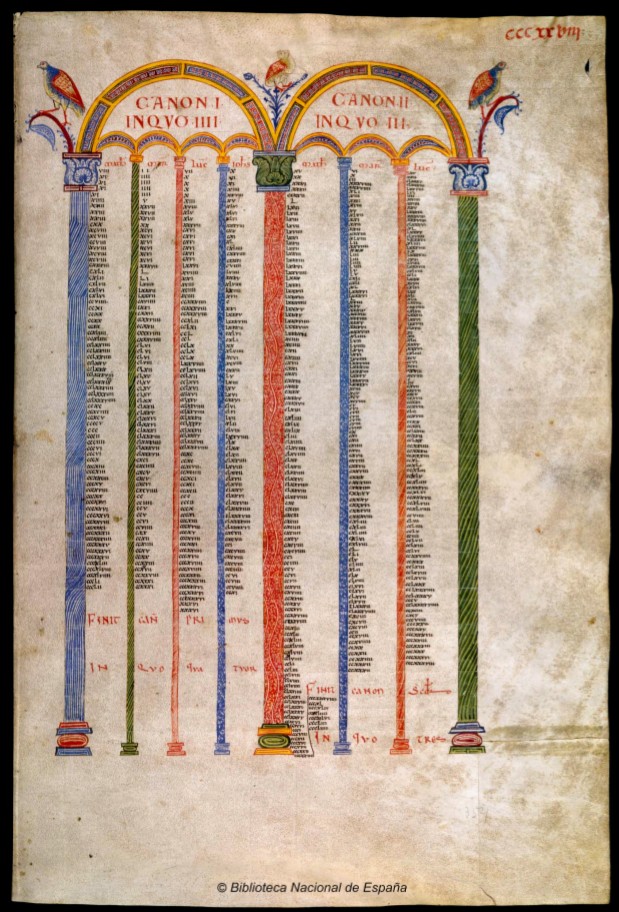 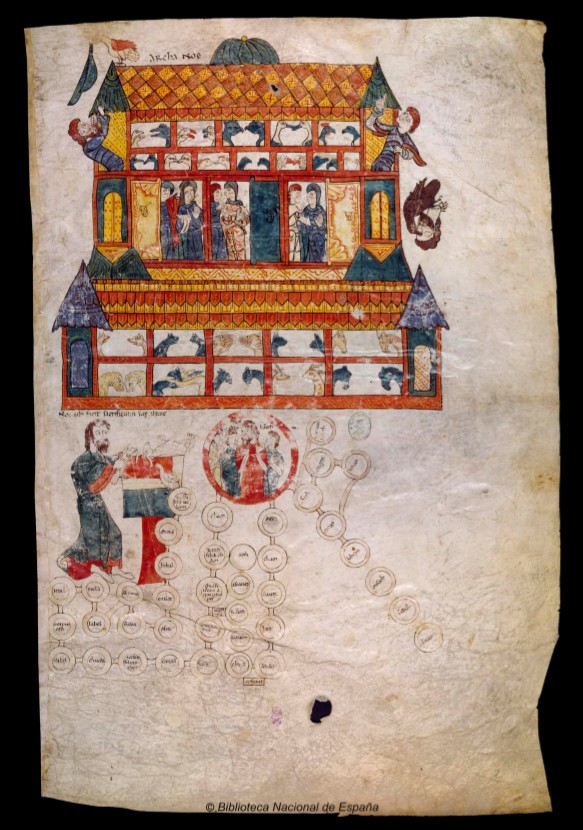 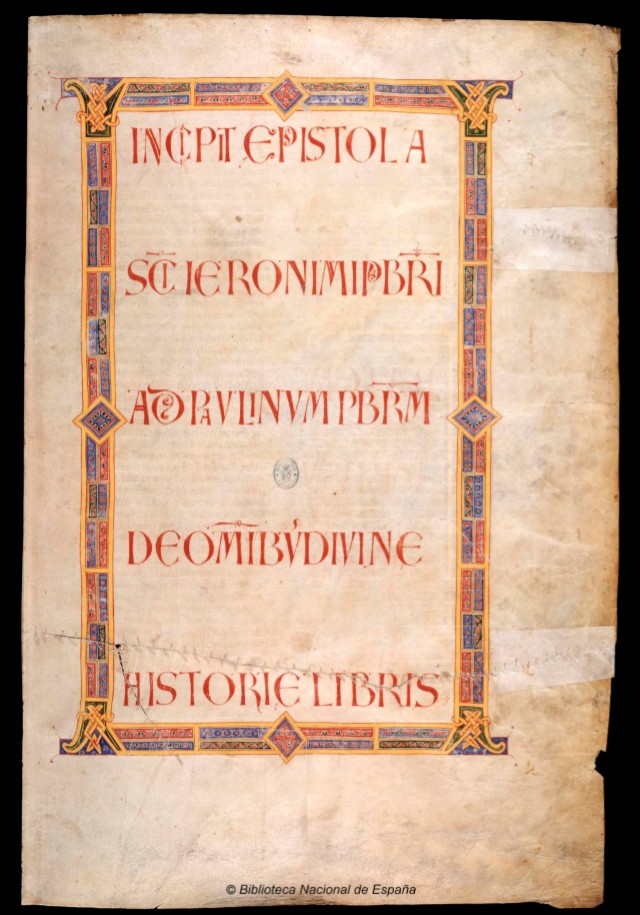