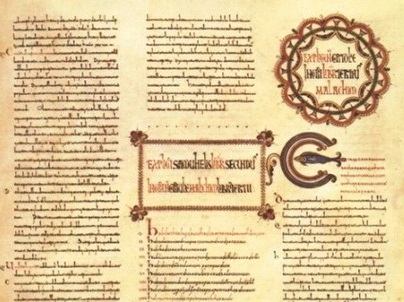 The so-called Danila Bible, by the name of its only known author, or “de Tirreni” because it is preserved since the early twelfth century in the Library of the Abbey of Cava dei Tirreni in Naples, is the manuscript of the oldest Hispania Altomedieval developed with a coherent decorative program, which has reached us.

Alfonso II the Chaste, was a king of long mandate (791-842) and of great transcendence in the consolidation of the Kingdom of Asturias against al-Andalus, in promoting the Christianity in the liberated territories of Islam and in the development of Oviedo as “Urbs Regia” following the model of the Toledo 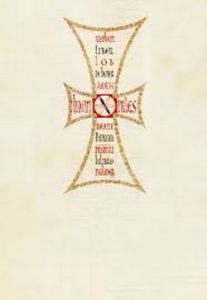 Visigoth, becoming a great promoter of the arts, of which we have examples as important as San Julián de los Prados, the Holy Chamber or this manuscript.

At a time when the Kingdom of Asturias was beginning to be respected by Rome and Aachen thanks to the role that the writings of Blessed de Liébana had played at the Council of Frankfurt in 794, which Charlemagne presided over condemned adoptionism, Alfonso II organized in Oviedo a regional council in 821 to reinforce the importance of the see of Oviedo in front of other bishoprics of its surroundings and, above all, in front of that of Toledo, which remained the metropolitan see despite being in Muslim territory. It seems that on the occasion of that council the monarch commissioned this copy of the Vulgate, which would be completed in the early years of the ninth century and would preside over the meetings of the Council, subsequently becoming the property of the Cathedral of Oviedo, where the council would have been held.

But at the beginning of the 12th century, one of the many monks from Cluny who landed in Spain in the context of the Gregorian reform, Maurizio Burdino, a highly controversial character who, after being a deacon in Toledo, supported Enrique de Burgundy in his policy of separation from Portugal as bishop of Coimbra and Braga, and who became Antipope Gregory VIII, spent a few years in the bishopric of Oviedo, taking the Bible with him when he returned to Italy. Upon his death in Cava de Tirreni, the manuscript remained in the library of that abbey where, with new binding and some cuts in the decoration that did not affect the texts, it is still preserved.

The Bible of Tirreni, one of the first Latin translations of the text of Saint Jerome that there was in Spain, is a manuscript consisting of 303 folios of parchment 360 x 260 mm, which implies that it was considered a work of great importance since it should have used the skin of 75 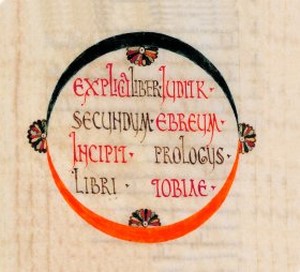 animals in its making; it was decorated by a single illustrator and written by two copyists of whom we know only the name of Danila – hence it is also known as Danila’s Bible -, because it left its signature in golden letters before the book of Ezekiel.

It is the most important preserved codex of the Kingdom of Asturias and has a particularity that can be considered as exceptional because, despite having a very interesting decoration program composed of large capitular letters of varied shapes and colors, a multitude of crosses of varying size and structure, animal, plant and geometric motifs and other Christian elements such as fish or birds, no human figure appears throughout the manuscript.

In this Bible we find two of the main features of Asturian Pre-Romanesque art: its aniconism in sculpture, painting and miniature, and the great importance of the cross as a distinctive element in all his works.

The theme of the human figure in the images, mainly in the religious ones, had been very controversial in the Christian church. In Hispania, after a last period of Visigoth art in which the human figure was used again – San Pedro de la Nave, Quintanilla de las Viñas -, this disappears in almost all Asturian art and perhaps the best example is this Bible. 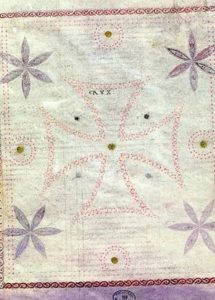 It was possibly also important in the Asturian kingdom that, although at the Council of Nicaea these images were again permitted after several phases in the eighth and early ninth centuries of strong aniconism in the Eastern church, This was not reflected in the subsequent Frankfurt 794, in which the ban was maintained. Nor can we discard the influence of al-Andalus and the radical prohibition of religious images of the Islám, since the relations between Asturias and the Mozarabs of the south are undoubted, that would already be collaborating in the construction of monuments and in the workshops of ivory Cordoba.

On the other hand, the cross was a fundamental element as a state symbol of the Asturian monarchy. We find it in the decoration sculpted in their churches, as in Valdediós, in the multiple occasions in which it appears in the mural paintings as Santullano and in the crosses of Los Angeles and the Victory, authentic emblems of the Kingdom Astur. Symbol that would later be repeated as “Cross of Oviedo” in many manuscripts of the following centuries.

The cross is also the fundamental element of Danila’s Bible, in which this symbol is the main decorative model. They appear with profusion full-page crosses, crosses framing frontispieces, texts written in the form of a cross and other multiple representations of crosses of different sizes and positions in the text.

Very interesting also the canonical tables, the first time that this type of tables appears in Spain, in which the arch of horseshoe is used visigoth that had adapted in the Andalusian art and that will continue to appear, both the boards and the horseshoe arches in most of the later Spanish miniature.

Also interesting are the four pages of the Bible dyed blue and the three dyed purple, whose antecedents can be found in the court of Charlemagne and in the so-called “Blue Quran”, something that we do not find again in the Spanish early medieval miniature.

The Bible of Tirreni, the oldest great Spanish manuscript that has been preserved, is of enormous historical interest besides for its great quality and its good condition, or for the care of its calligraphy and its images, but mainly because it shows us the state of art and the political and religious situation of the Kingdom of Asturias, which in the middle of the reign of Alfonso II already reaffirmed its power by creating great monuments in its “Urbs Regia”, while presenting to its religious environment this great work, which also defined the main characteristics of the art that was being created in Asturias.

The decoration of the Danila Bible: aniconnism as royal ideology in ninth century Iberia. Jesús Rodriguez Viejo.
(Where we obtained most of the images and the text of this file) 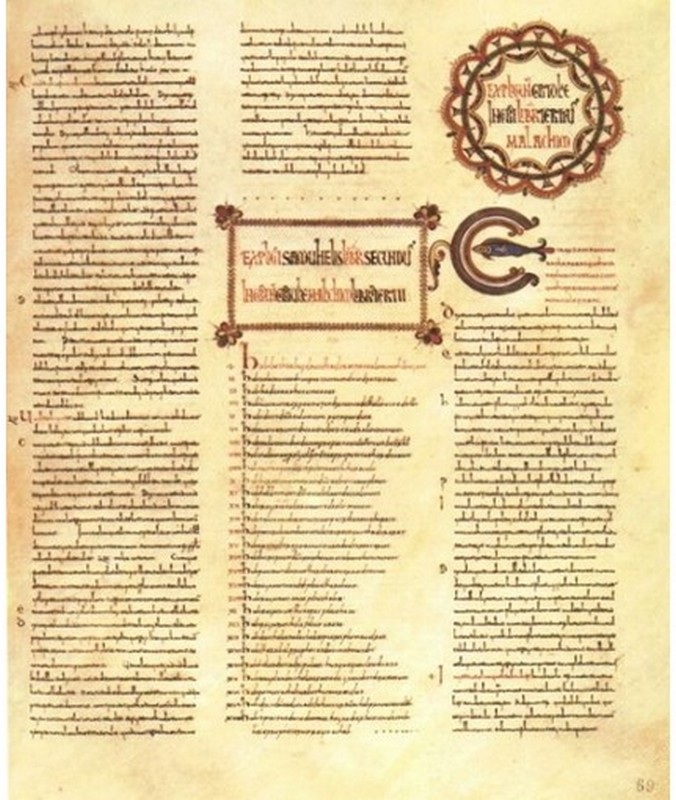 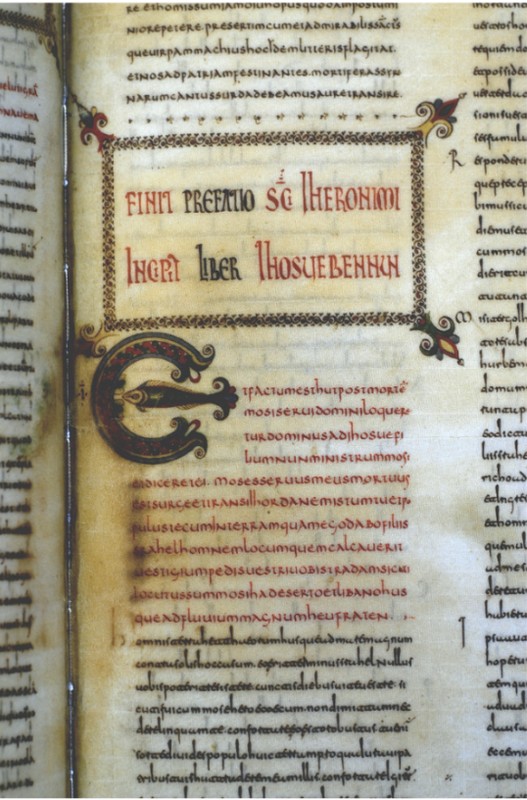 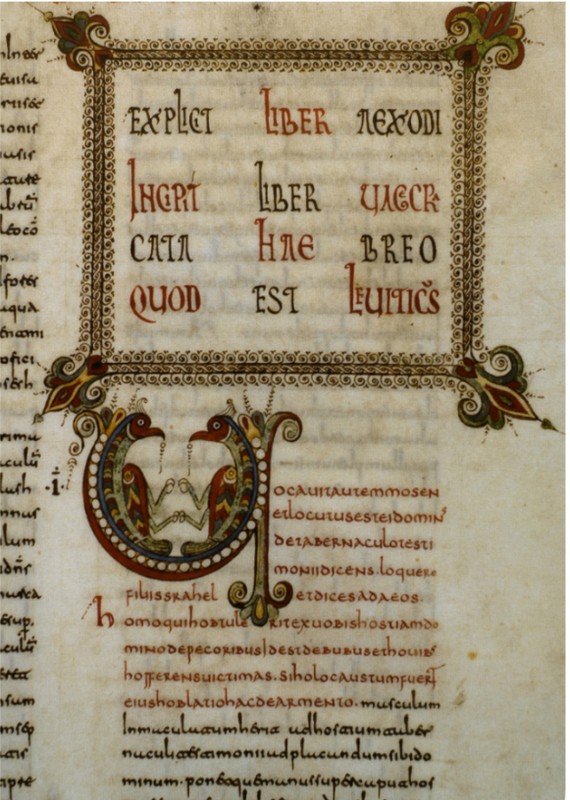 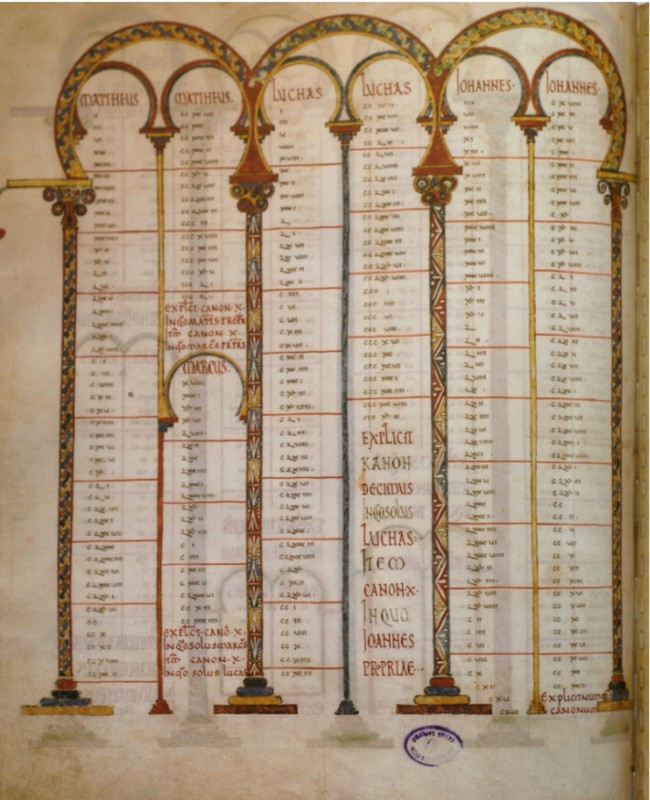 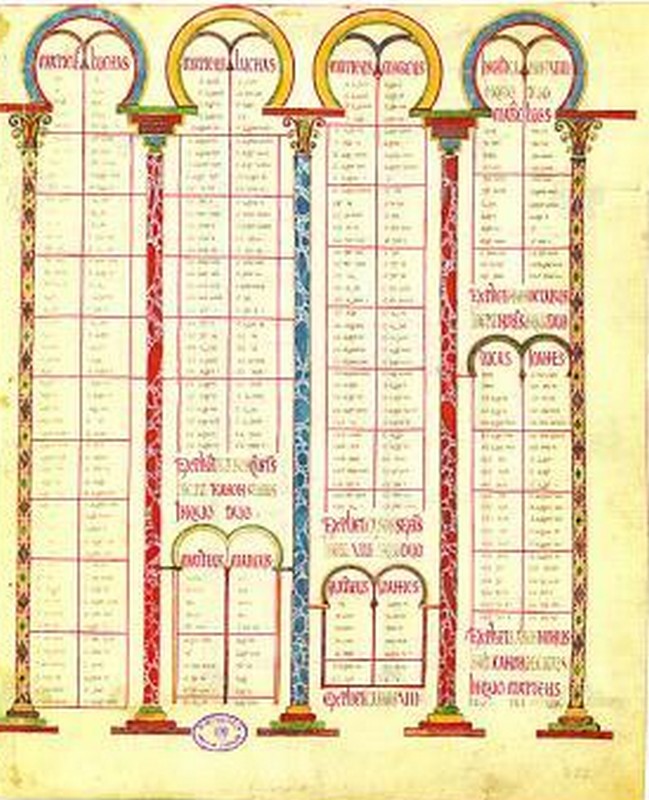 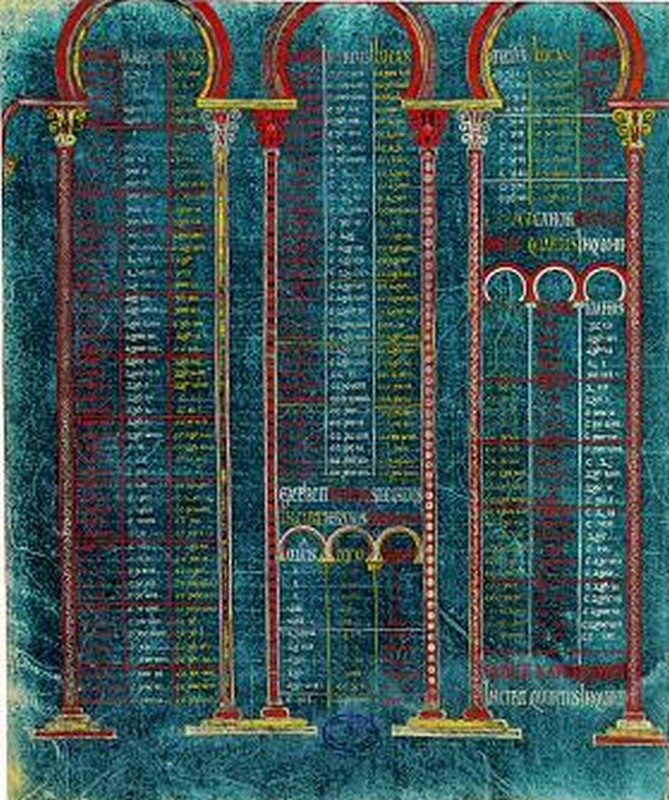 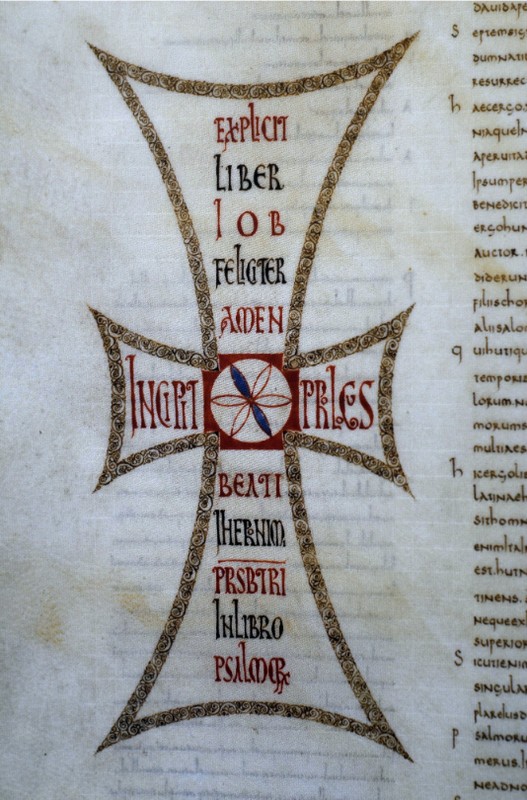 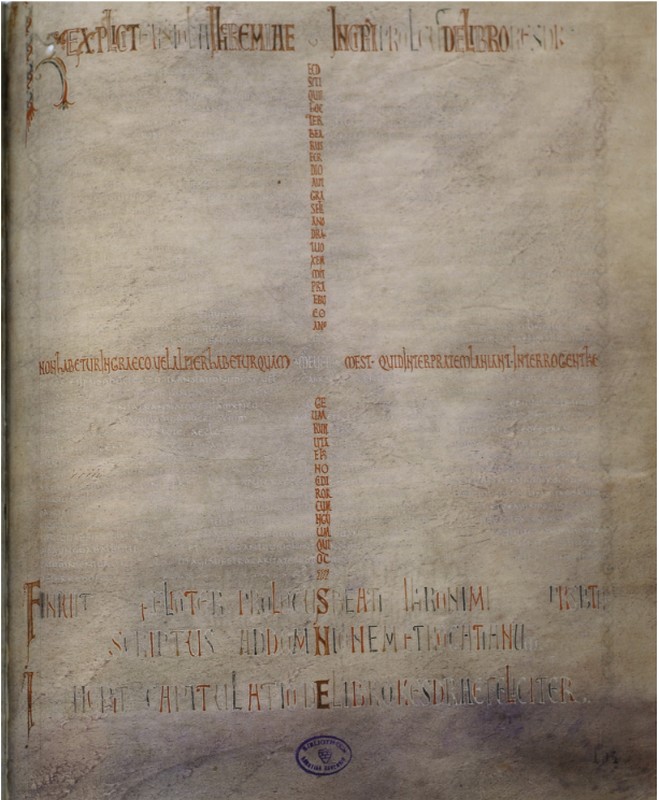 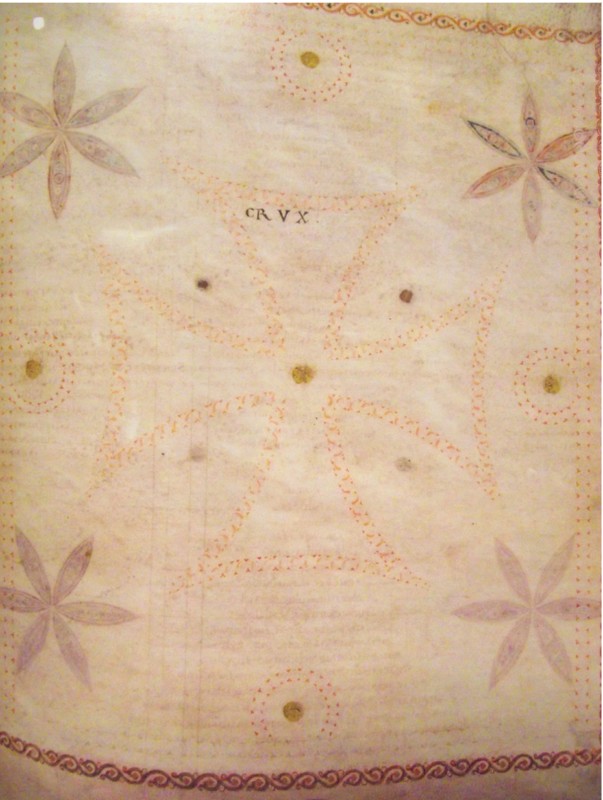