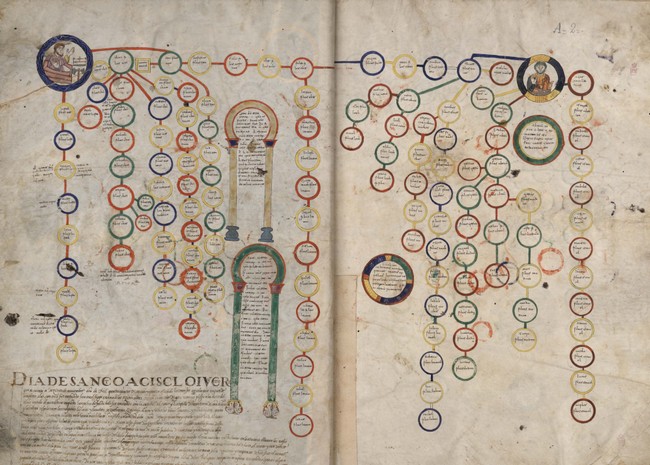 Although it is possible that the monastery of San Juan de la Pela existed since the 7th century, its first reference dates back to 920. It quickly became a very important religious center, protected by the Aragonese and Navarrese kings that became a royal pantheon 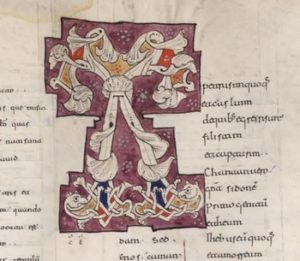 aragonese. Sancho the Major of Navarre introduced in the eleventh century the Benedictine rule and Sancho Ramirez extended the monastery and introduced for the first time in the peninsula the Roman rite eliminating in it the Mozarabic liturgy. Abandoned after a fire in 1675, in the 18th century it suffered the confiscation of Mendizábal. It was restored at the end of the 19th century and since 2012 the Pantheon of Nobles and the wall paintings of the apses of the crypt have been recovered.

The monastery had an important sciptorium from which came annals, stories of kings, chronicles, and histories of the kingdom, such as the Gothic Book with the history of the first Aragonese kings or the Book of Privileges that collects donations and prerogatives. Of all these, one of the most important is this Bible of San Juan de la Peña, dating from the 11th century, which is considered to be the oldest Aragonese biblical manuscript.

In 1626 an envoy of the Count-Duke of Olivares took from San Juan de la Peña almost all his manuscripts, including this one with all probability, «with not little regret from his monks». Later it became part of the heritage of the National Library of Madrid, where it remains and has been digitized. 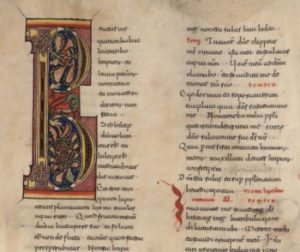 The Bible of St.John of the Rock, is a manuscript dated to the 11th century, composed of 195 folios of 560 x 380 mm parchment, written in Latin, probably in the scriptorium of this monastery, and also includes some titles in Hebrew. The pages are structured in three columns of 60 lines in high quality round Visigoth letters, the usual font in both books and Aragonese documents up to Alfonso I, with a broad layout with strong profiles, with few links and abbreviations.

In addition to the Old and New Testaments, it includes extra-biblical elements, such as a Psalter, legal, historical, and sapiential books of the Old Testament, with prefaces, prologues, and arguments by Jerome and other authors, in some rare cases. 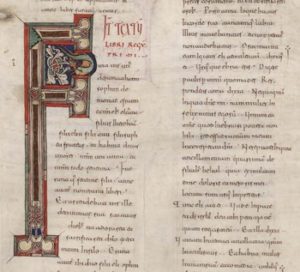 some very decorated large capitals. As a curious note we have observed that in the two capital letters, the same letter always corresponds to the same design.

It has two types of decoration perfectly differentiated:

In the genealogies preserves the traditional Mozarabic, which includes circles with figures inside in some cases or with stories in others, horseshoe arches very pronounced on columns decorated with geometric motifs without capitals but with large bases all very similar to what we find in much of the Mozarabic Castilian-Leonese miniature.

The rest of the decoration, of Romanesque style, is formed by the two types of capital letters, is similar to the usual iconography of the production of this scriptorium, with complicated initials and ornaments in which animals and floral decorations of French type are interspersed. 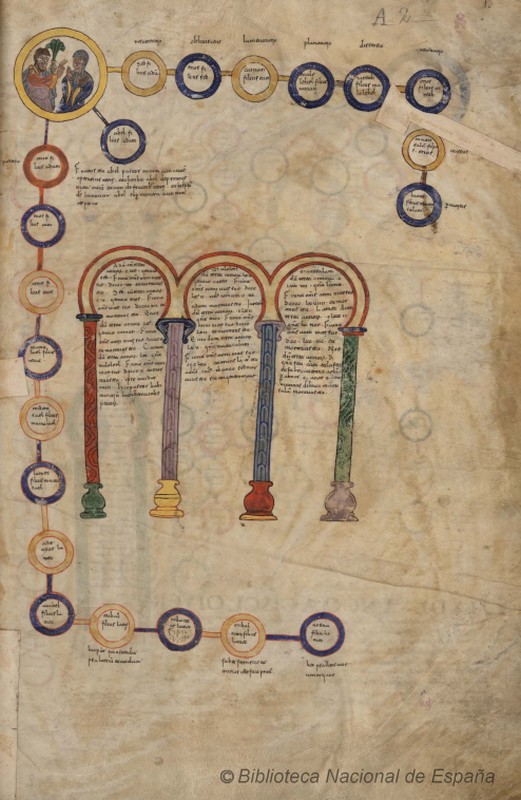 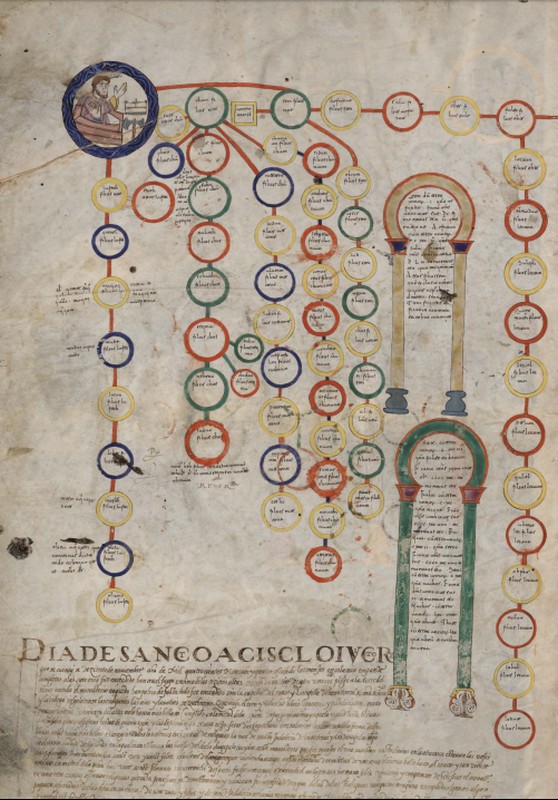 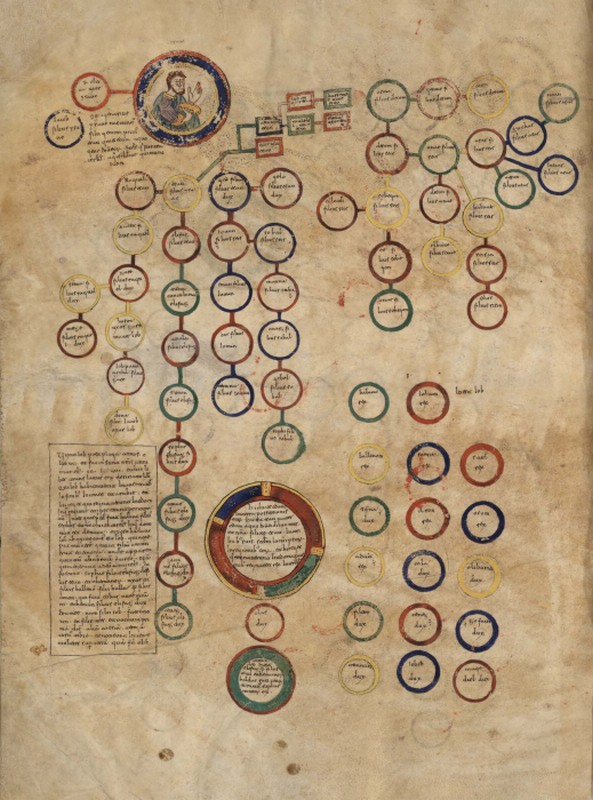 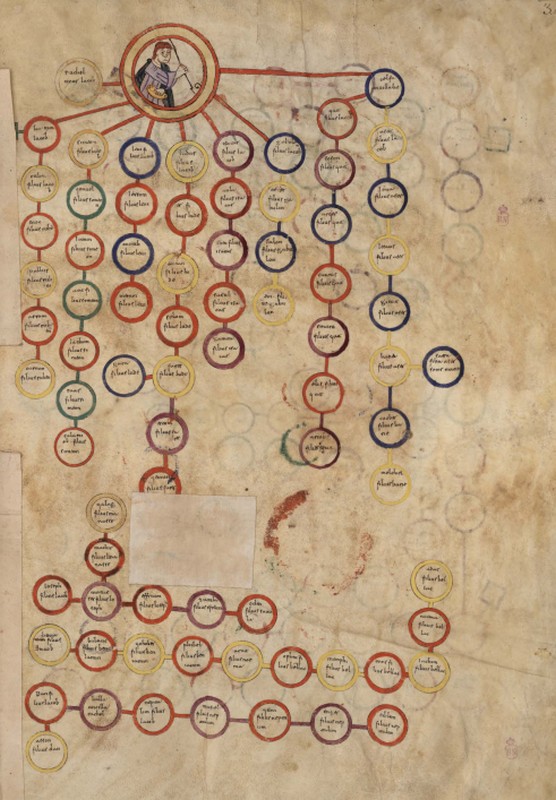 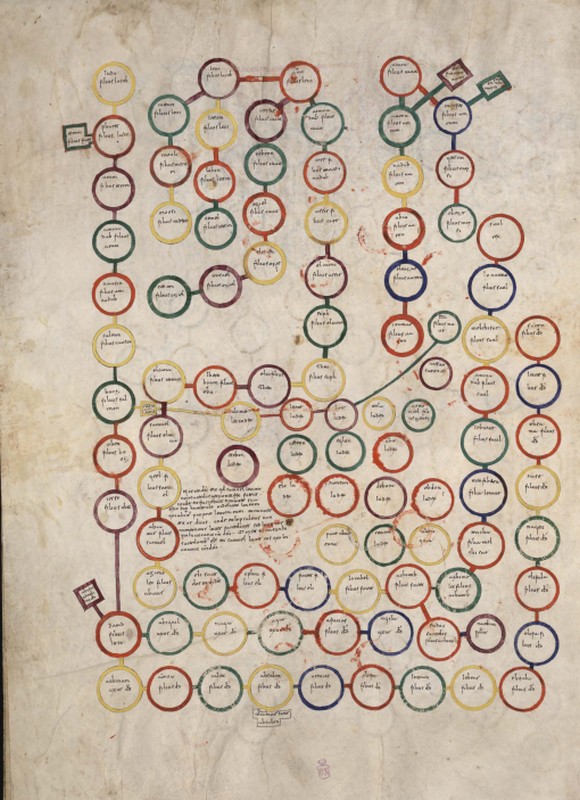 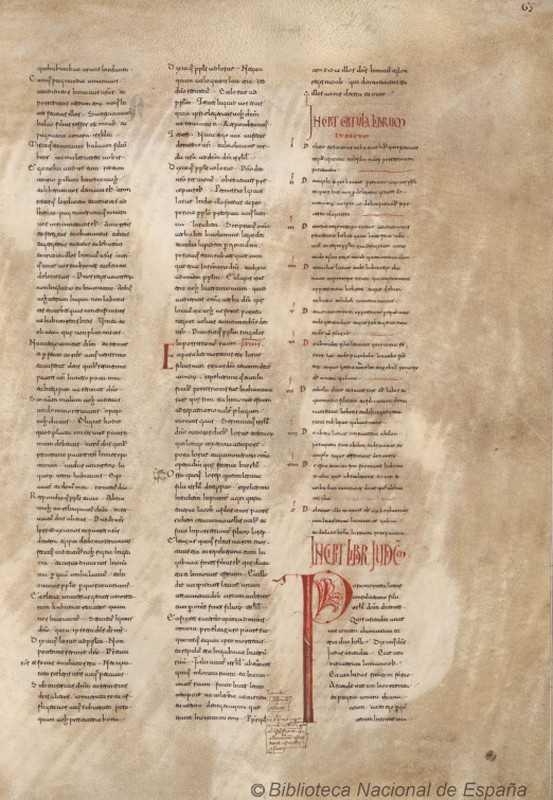 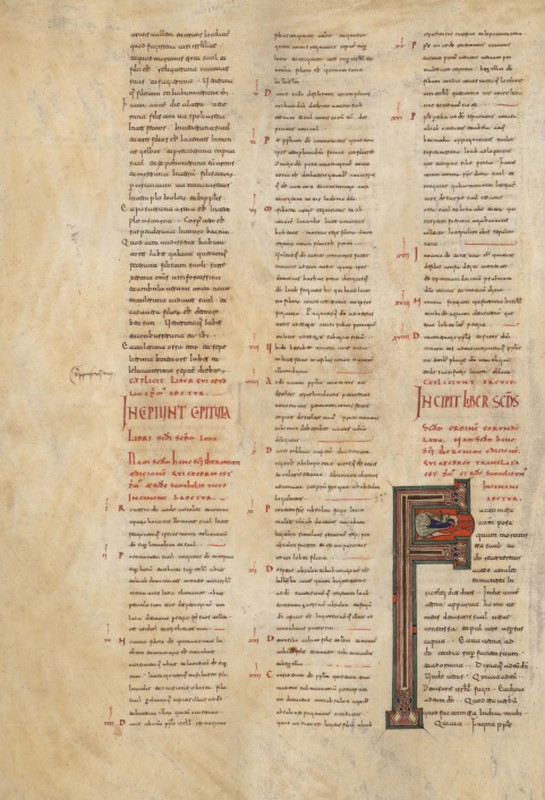 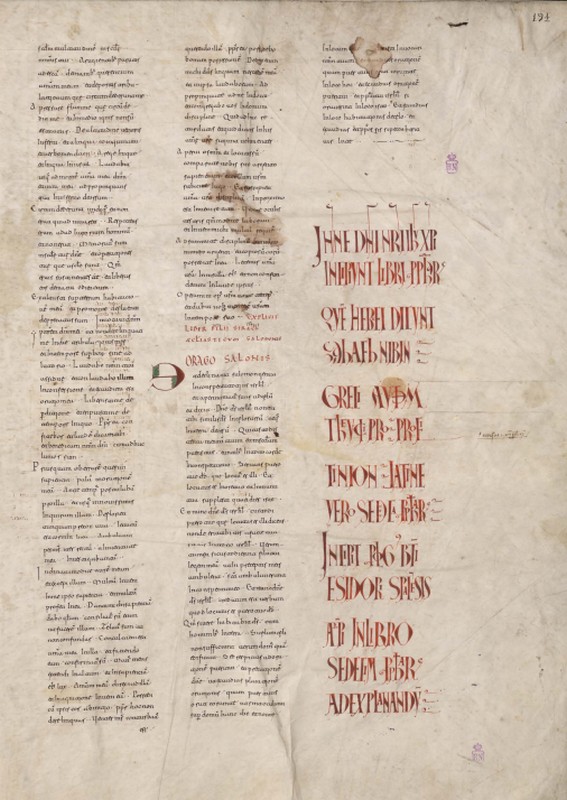 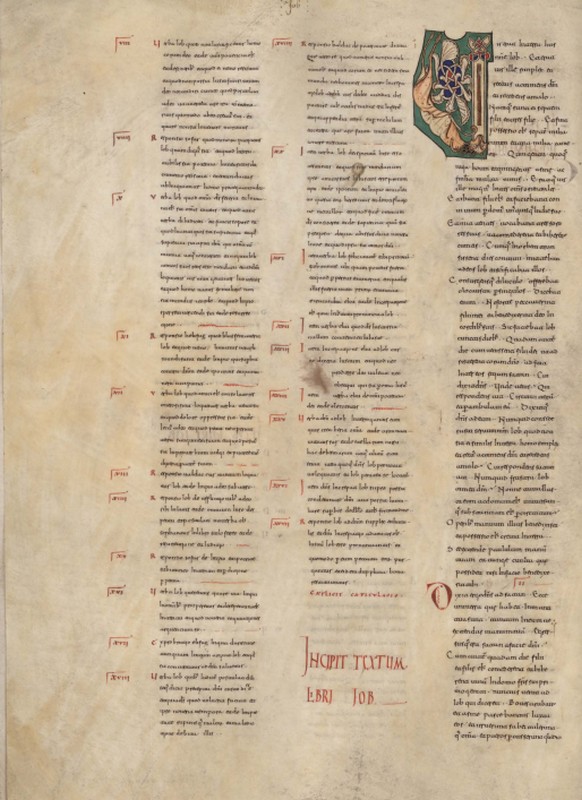 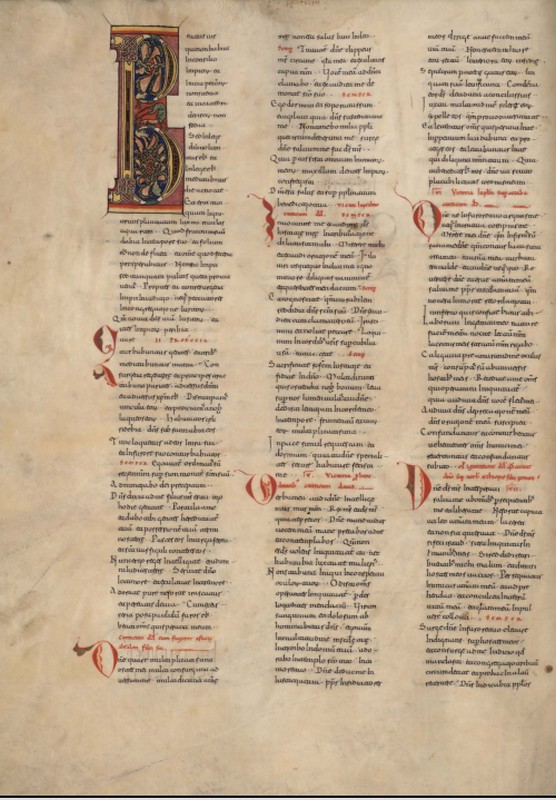