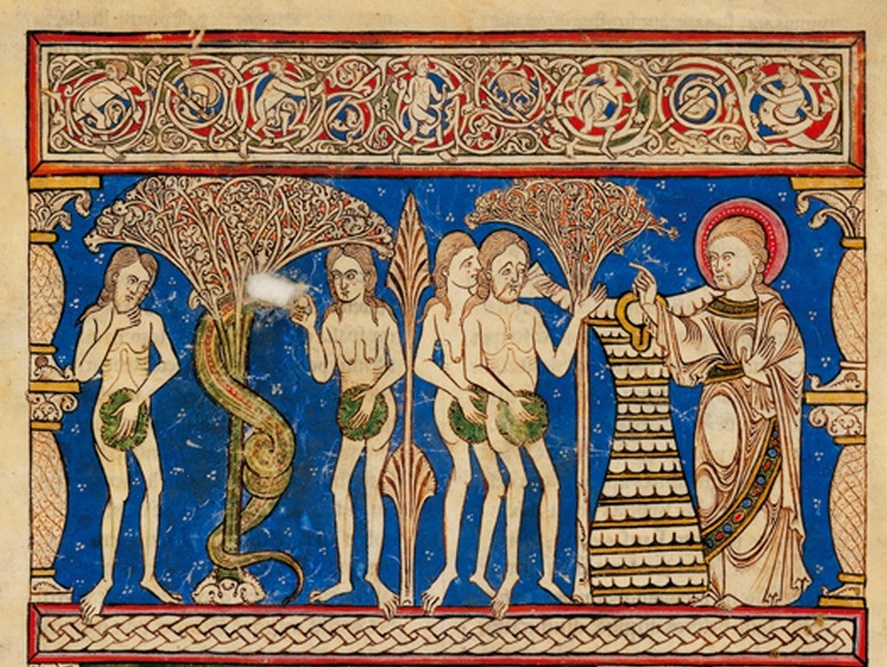 Nothing is known about their 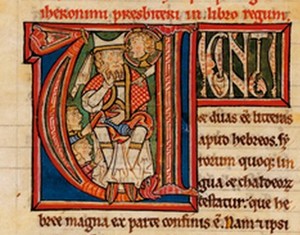 history until it reached the Public Library of the State in Burgos at the time of the Confiscation, in 1870.

It is estimated that it was originally made up of three volumes, although only the first, corresponding to the New Testament, has been preserved. Recently two other fragments of a folio of this Bible supposedly belonging to the third volume have been found, sewn into another biblical codex of the Monastery of Las Huelgas.

As for its origin, there is no doubt that it comes from some scriptorium of Castile, San Pedro de Cardeña according to most of the specialists, who think that one of its illuminators had worked in the Beato de Cardeña, although the palaeographer Manuel Zabalza, which has recently carried out extensive and valuable research work, considers that its origin was the Monastery of Las Huelgas.

The Bible of Burgos is a manuscript full of spontaneity, with touches that we could describe as expressionists who, maintaining many reflections of the Hispanic spirit, presents a 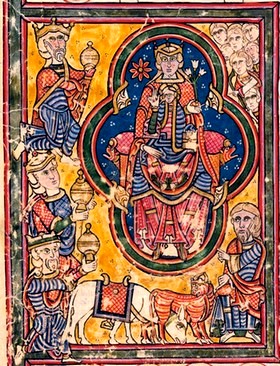 The Bible of Burgos is a manuscript brimming with a very purist Romanesque style, with many of its figures of elongated and shorter canon, but all of them of great beauty. The author demonstrates a great aesthetic sense and compositional harmony, sometimes combining different scenes on the same page.

In it we find both Nordic-type decorations with interlaced, scrolls, naked human figures and images of animals, as well as characters with parallel pleated costumes of clear Hispanic ancestry, although it also includes figures of undoubted Romanesque ascription with lines of harmonious fluidity and even modelled on chiaroscuro that seem to announce the forthcoming arrival of Gothic painting.

It is so homologous with the best Romanesque European of the last phase that, due to a failure in a photographic reproduction of folio 12v, used for its study by some experts, that made appear in the head of the snake the word “lang”, which means “take” in German, it was supposed to be a word Eve used to say to Adam, so it was thought to be a manuscript of German origin. After checking on the original codex that everything had been a photographic failure, this possibility was completely discarded. 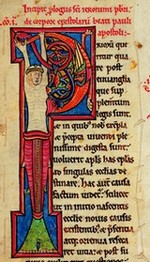 Of unquestionable quality it includes a complex cycle of fall and redemption, based on the texts of St.Augustine and on the Old-New Testament typology. Within this cycle, the miniature on the “Expulsion from Paradise” of folio 12v is considered one of the most interesting of all European art of that time. According to Professor Yarza “it is the most exceptional of all the Castilian biblical scenes of the Romanesque, and constitutes a unicum of the European Romanesque miniature”.

Also of exceptional beauty is his miniature on the Epiphany of the Kings included in one of the first pages of the Genealogy of Christ. On this same page it is surprising the use of horseshoe arches despite the advanced date of preparation of this Bible.

It is written in high quality carolina, in red and black colors depending on the type of paragraph concerned. Also noteworthy are the magnificent sets of capitular letters, which include a fantastic imagery decorating the forms of letters, as well as the different sets of capital letters, with very different characteristics, some of them of great complexity and beauty.

In short, the Romanesque Bible of Burgos, although only the first of the three volumes that formed it has reached us, is one of the most interesting and of the highest quality manuscripts of the last epoch of what we have considered the Spanish Altomedieval Miniature, because although by its style and dating it belongs to the last phase of Romanesque art and announces the transition to Gothic, by its spirit, clearly Spanish, it undoubtedly links with all the previous Spanish miniature.

One thought on “BIBLIA DE BURGOS” 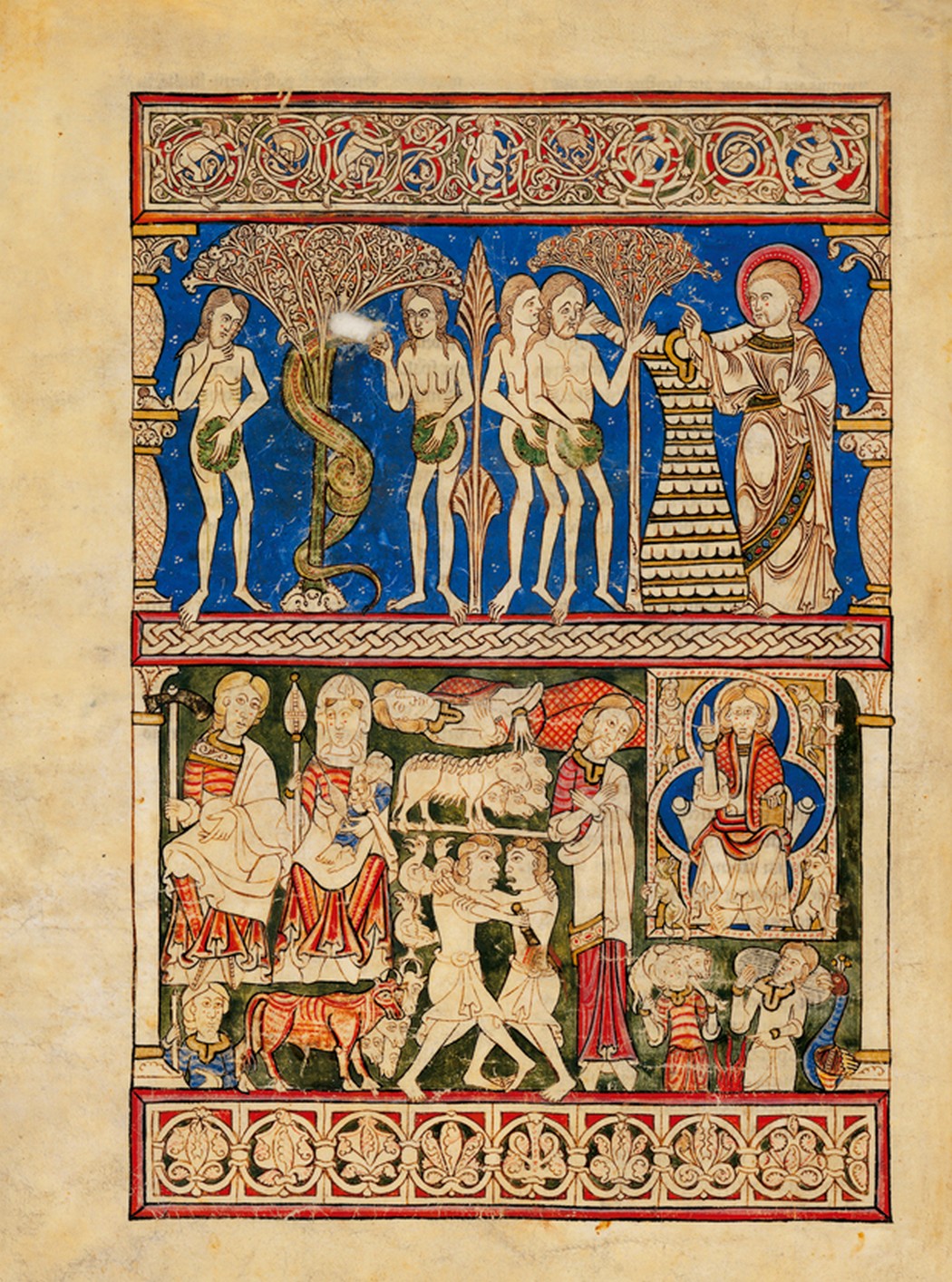 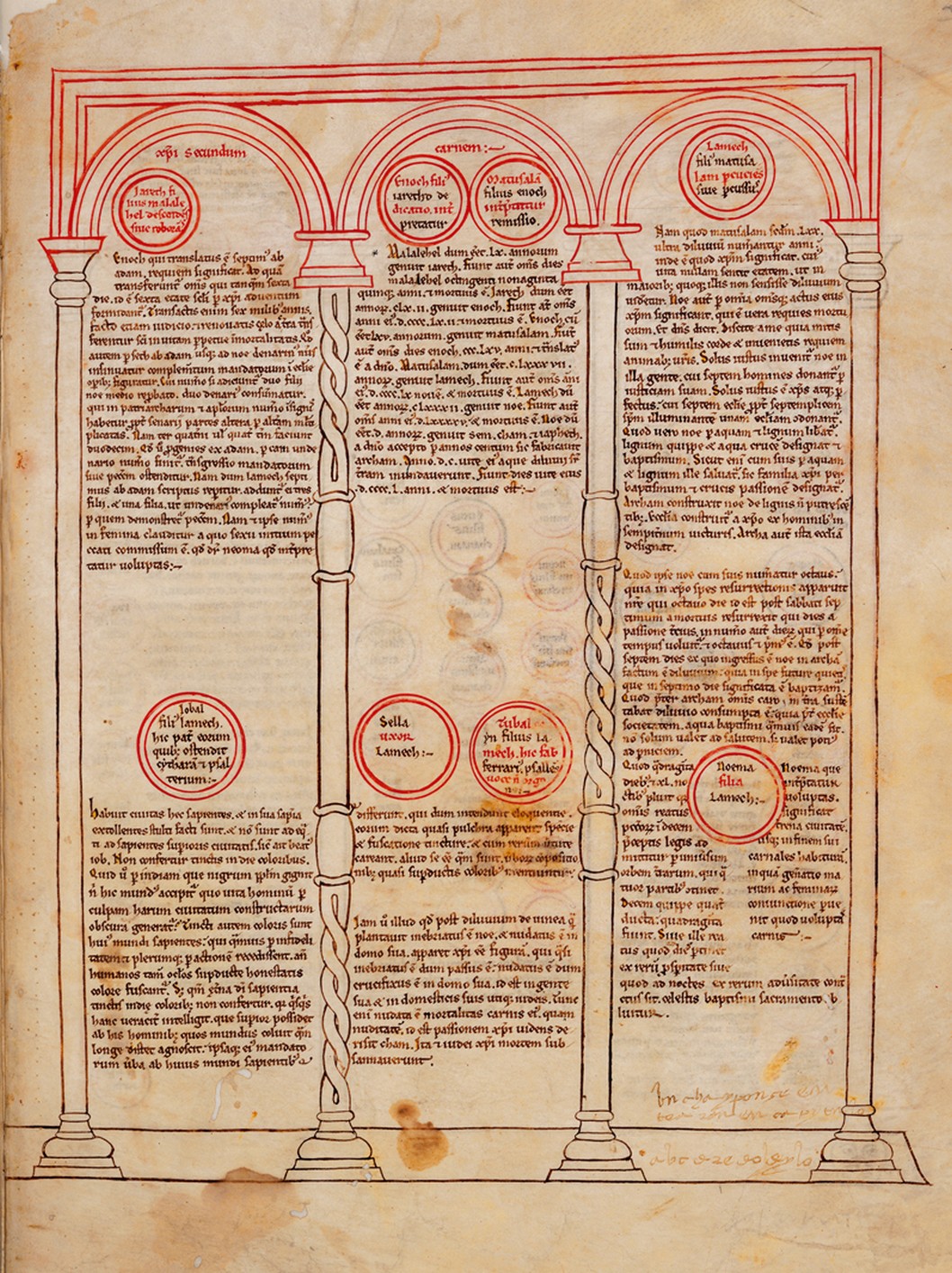 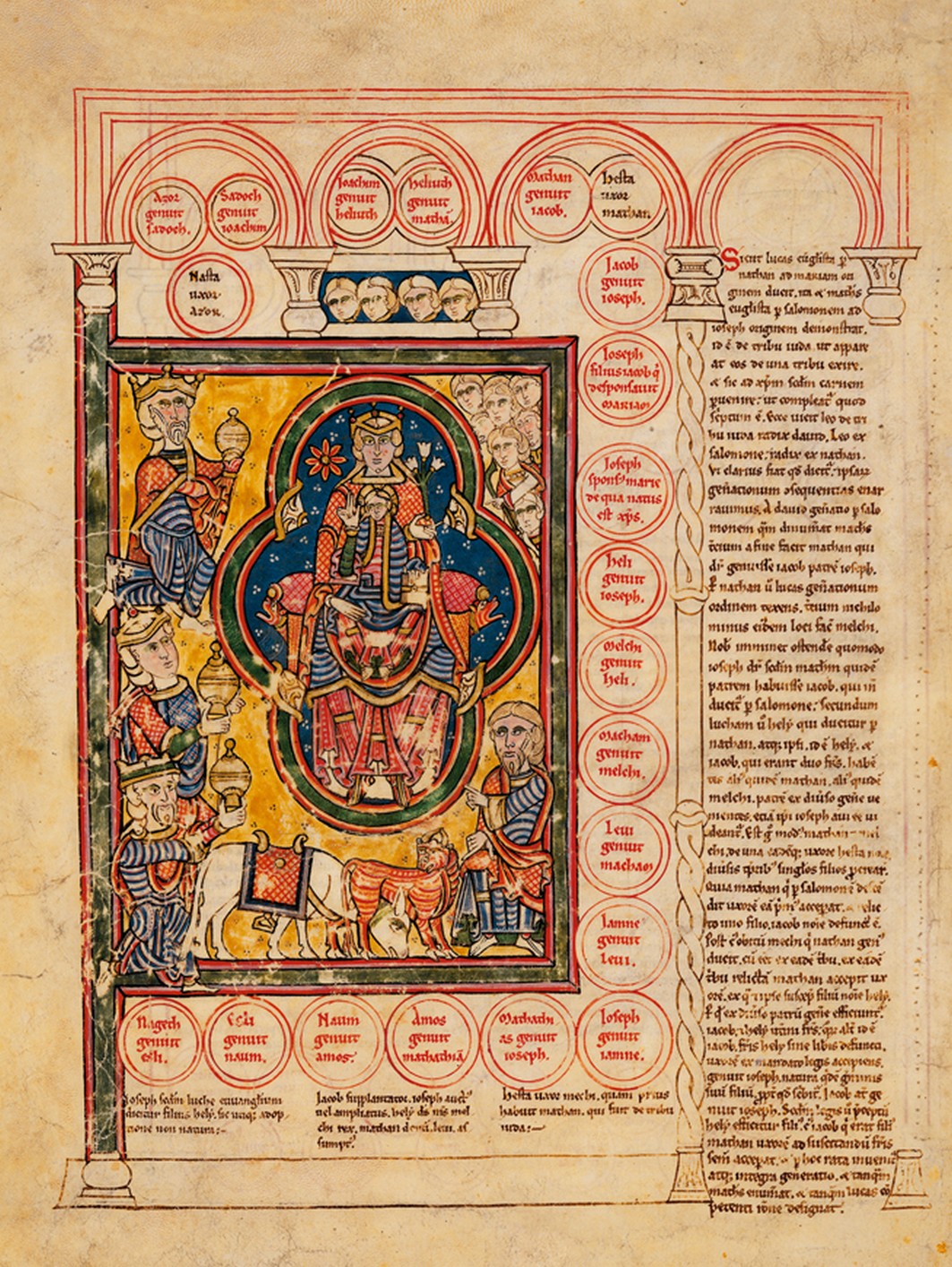 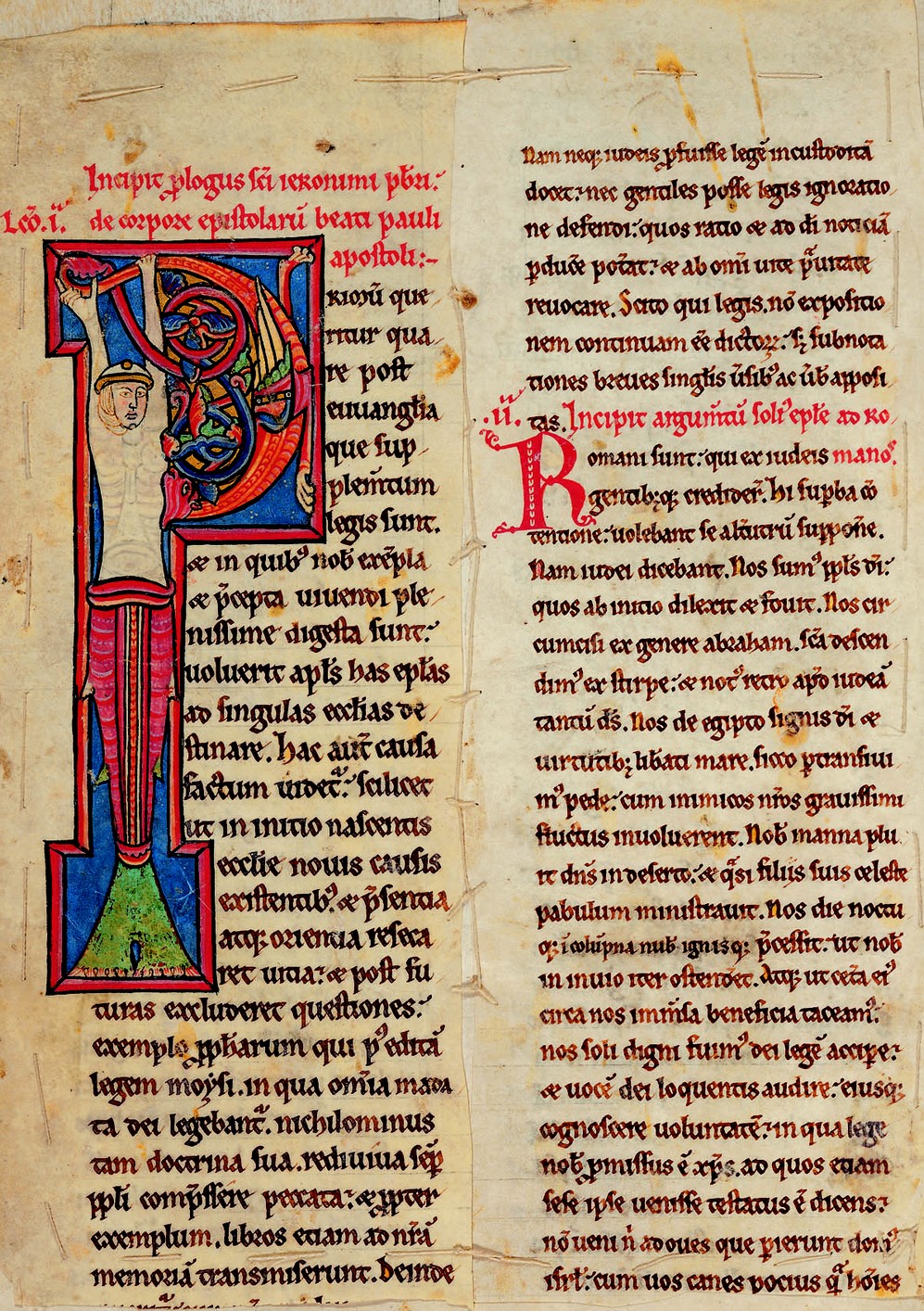 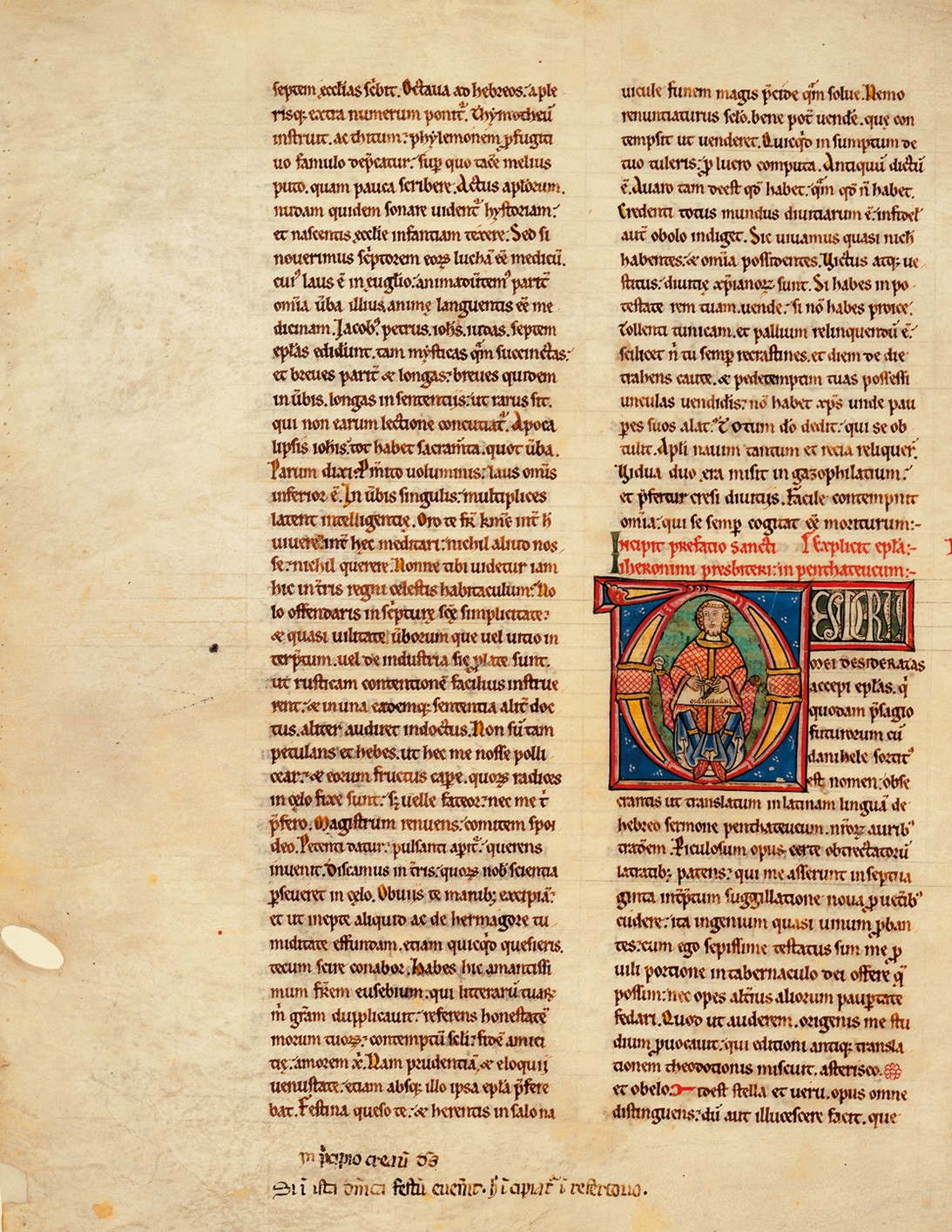 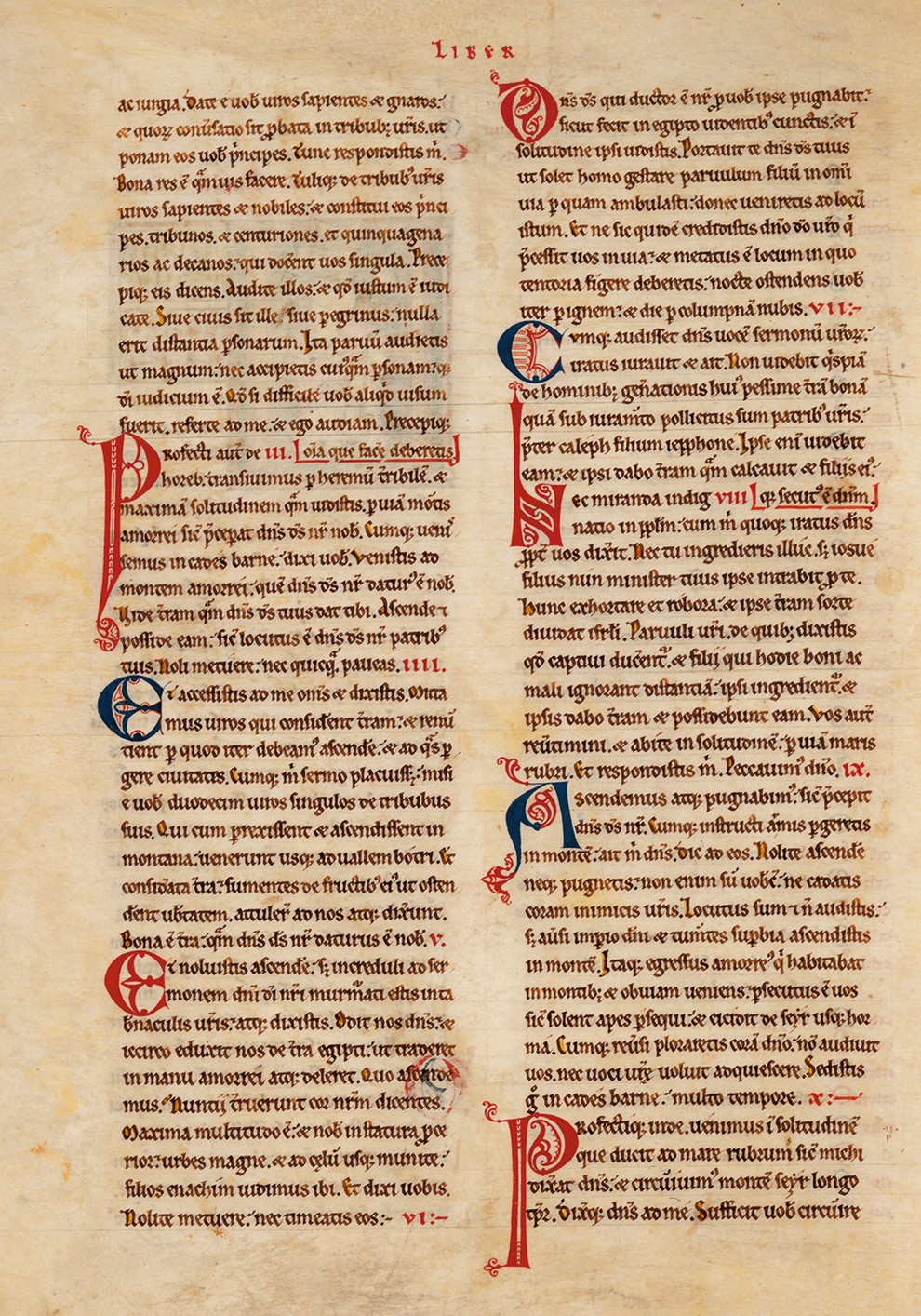 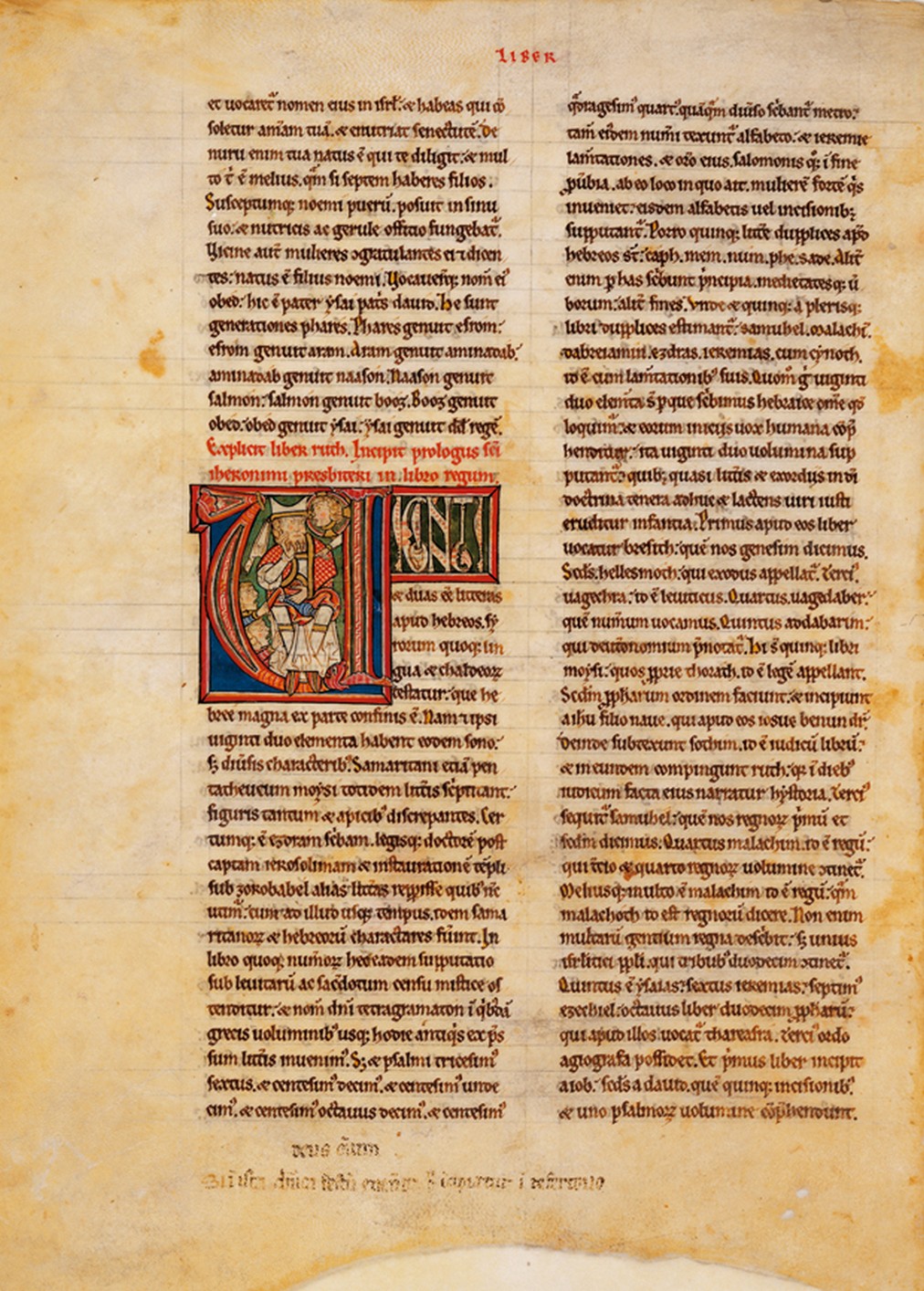