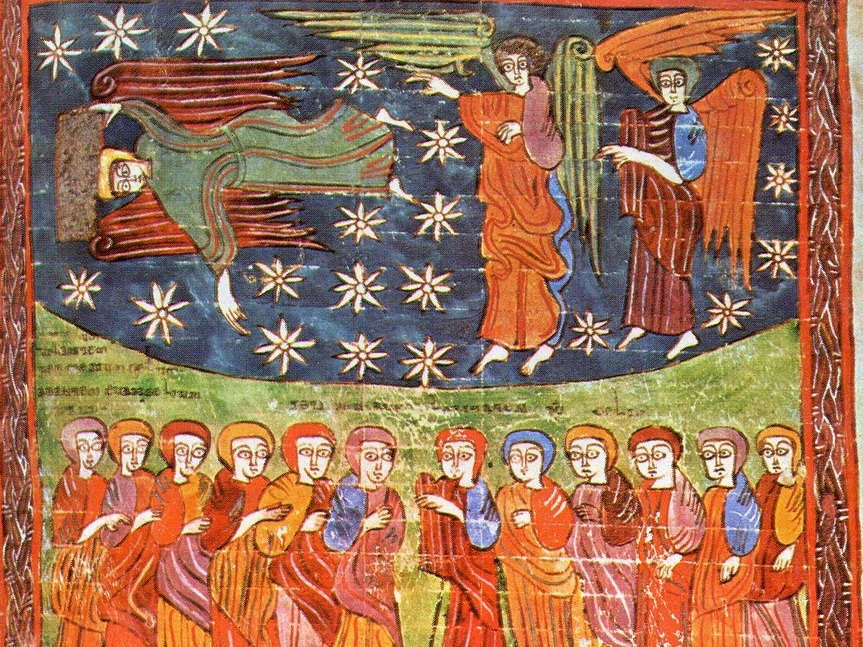 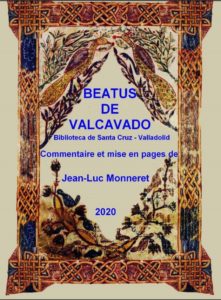 * Approximately 230 folios in parchment, more than 14 disappeared, in round Visigothic typeface.

Study of the Blessed of Valcavado by our collaborator Jean-Luc Monneret in which all the images of the manuscript have been digitally cleaned. Click the image to access.

According to the manuscript itself, the Blessed of Valcavado was copied by a monk called Oveco in the monastery of the same name 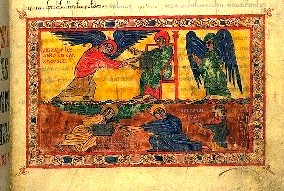 located north of Saldaña, in the province of Palencia, commissioned by its abbot Sempronio, as the inscription shows “SEMPRONIVS ABBA LIBRVM” repeatedly included in the maze in the second folio.

Oveco started this blessed on June 8th 970 and he finished it on September, 8th of the same year, a surprisingly short period of time for a work of this category, as it seems obvious it was created by a single hand.

The course of this blessed is complicated, although known. In spite of the extinction of the monastic community in the 12th century, the manuscript was preserved in the church of the locality until by the end of the 16th century, when Valcavado was almost deserted. Teófilo Guerra, Provisor of the Bishop of Leon and Archdeacon of Valderas, took it to Leon. From there it was taken to Madrid to the attention of a secretary of Philip the Second, being Ambrosio de Morales the first author from which a reference of this manuscript is preserved. At the beginning of the 17th century, Father Antonio Padilla took it to the Jesuit College of St. Ambrosio in Valladolid and finally in 1767, after the expulsion of the jesuits by Charles the Third the whole library of that college passed to the University of Valladolod where it is now, after several changes of building.

The Blessed of Valcavado has 230 folios plus 14 disappeared; besides it is possible that the five folios of genealogies preserved in the display cabinet 14-2 of the National Library of Madrid belong to it. At present, beside the multiple capital letters beautifully drawn, contains 87 miniatures of great quality, some in double folio and others in complete folio, alway integrated in the text as a visual complement of the passage i 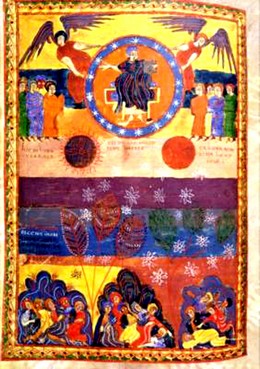 n which it is integrated. They belong to the style of the school of Leon, initiated by Magius, using on a background usually wax varnished, colours bound with new elements, such as egg, honey or glue that generate natural colours similar to those of the Blessed of Escalada, with large glazings and a great chromatic harmony.

Also, as in the referred blessed, the space is treated based on strips of irregular width. This similarity expands in many cases to the content of the illustrations that in general follow a new pictorial tradition opened by Magius in that work and keep the same Islamic influences in the dressing and attitudes of some of the characters.

The miniatures reveal the speed of its elaboration, reducing the drawing to the line that delimits the figures, although this synthetization seems to correspond more to the urgency to finish the work than to a technical scarcity, since, despite that, the images express agility, skill and a great sense of aesthetics in the utilization of colours.

This codex stands out for the vitality of its characters with large almond eyes that show a very exalted attitude, more “apocalyptic” than the rest of the blessed. The colours used by Oveco are more vivid, placing the images on red, blue and yellow stripes. It is also very meaningful for being so indigenous and for the great Islamic influence shown in the dressing of the characters and in the architectures included in its miniatures.

Written on well treated parchment of medium width, with very good handwriting in round Visigothic typeface, the text corresponds to what is considered to be the first group of the second composition of the Blessed of Liébana, like those of Escalada, Ferdinand the First, from Seo de Urgel and the one from Silos, now in the British Library in London.

There are several notes on the margins, the most interesting ones are those that Oveco himself added, it seems in the revision

of the manuscript; of lesser interest are the ones from the 12th century and others from later. As a curious note we underline the cantiga written in medieval Galician discovered in 1918 in one of its first pages dated in the first half of the 13th century and very close to the cantigas by Alphonse the Wise. Initially it was attributed to Ferdinand the Third, although that possibility has been discarded.

A study of the molecular structure of the pigments used in the miniatures of this Blessed has been achieved recently, revealing that its rich range of colours was gotten in fact out of the combination of very few minerals, like azurite, malachite and, specially, cinnabar. The most advanced technology has been used for this study by which a physical and chemical analysis can be achieved in situ without causing any harm.

In summary, the Blessed of Valcavado, both, for its quality -despite the haste- as for the scope of images and the good state of conservation in which it has reached these days, is one of the most interesting manuscripts of the Mozarabic miniature, and includes Oveco within the group of brilliant illuminators of that period, able to achieve a task of that importance in such a short stretch of time and that,  having concern for the spirit and strucrture of the work of the Blessed of Liébana and within the purest Mozarabic Leonese style of the second half of the 10th  century, was able to leave his mark using in a personal way, as was also the case of other artists like Magius, Emeterio or Senior, the different influences and artistic trends that prevailed in Spain in the 10th century.
_ 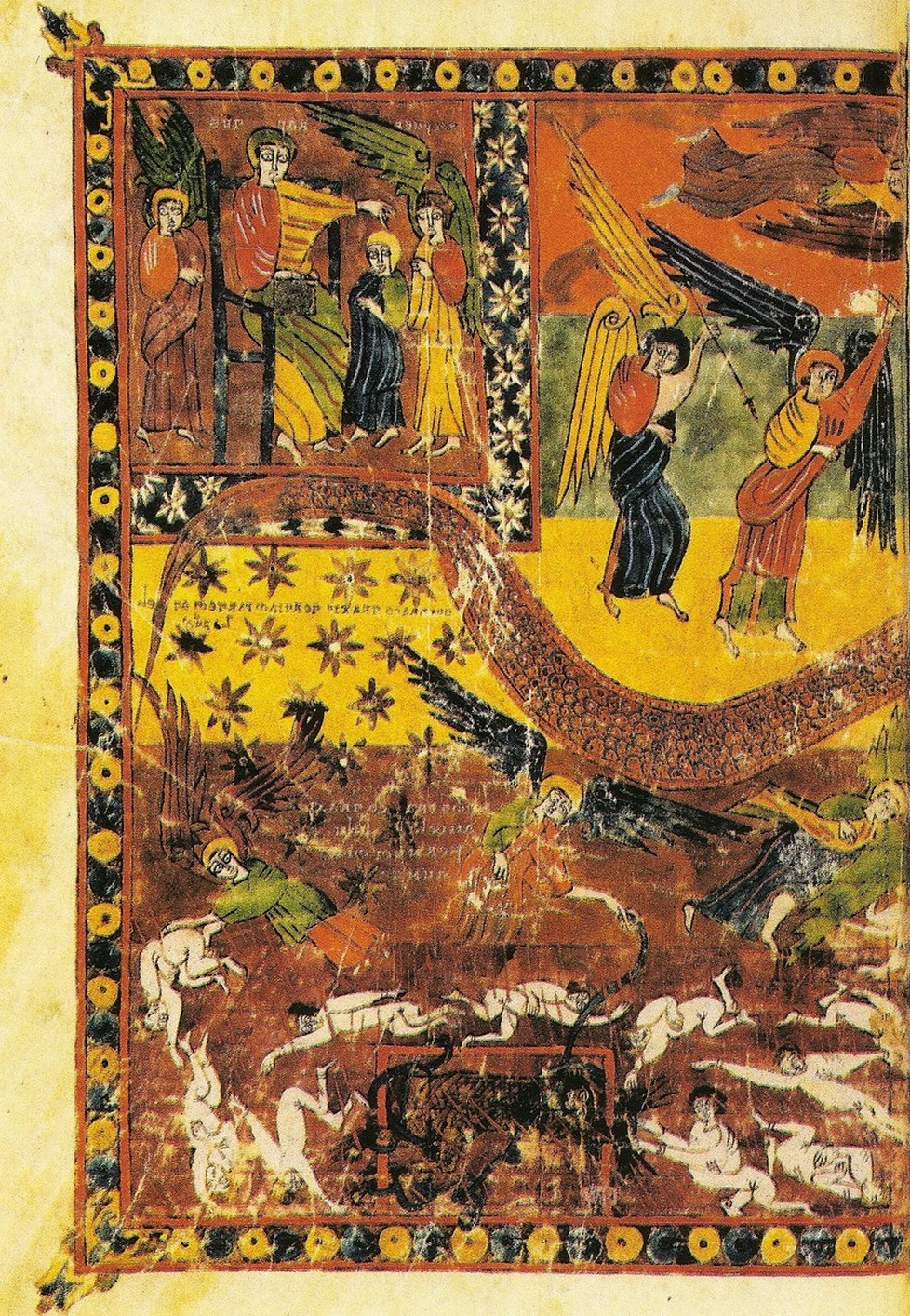 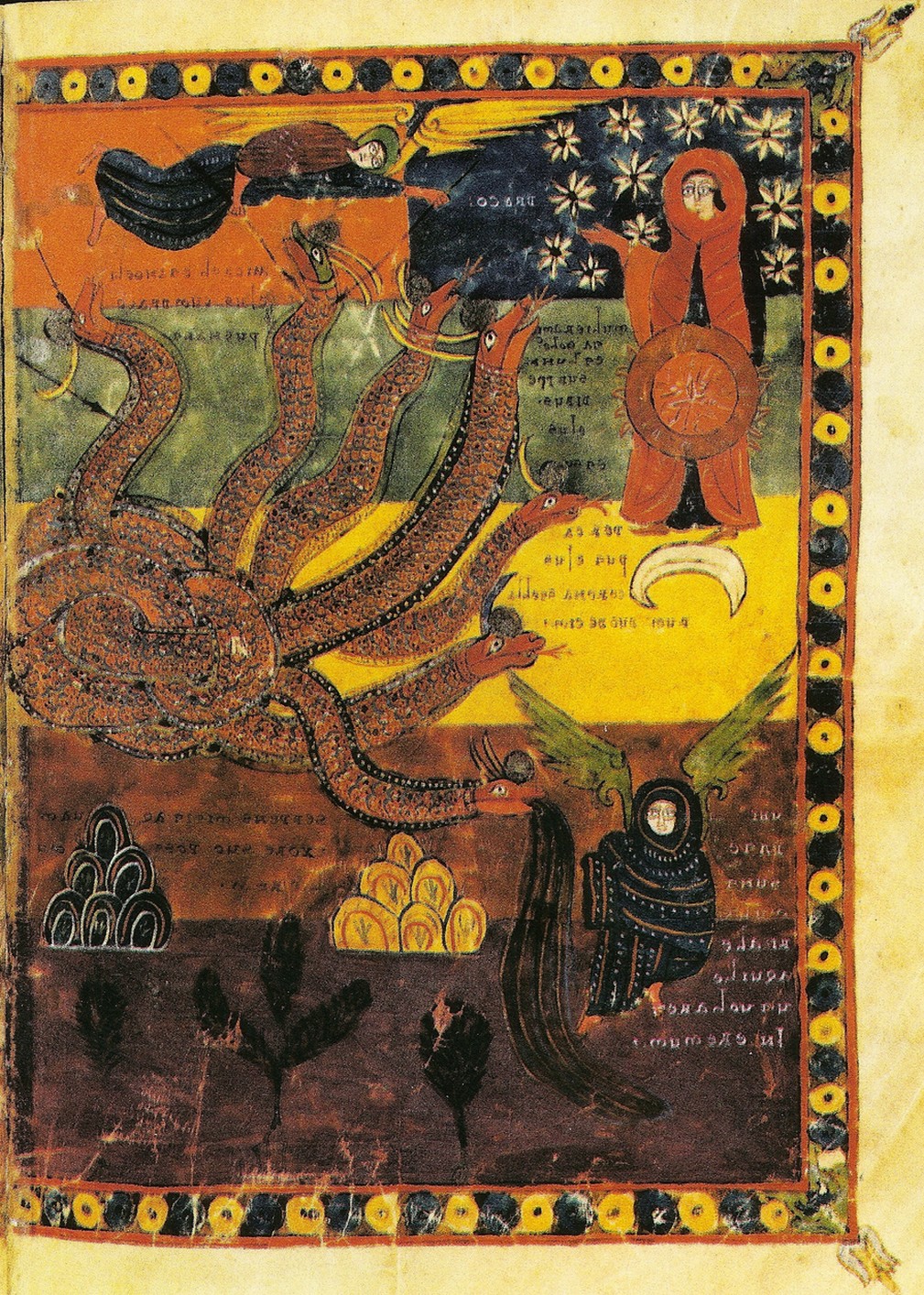 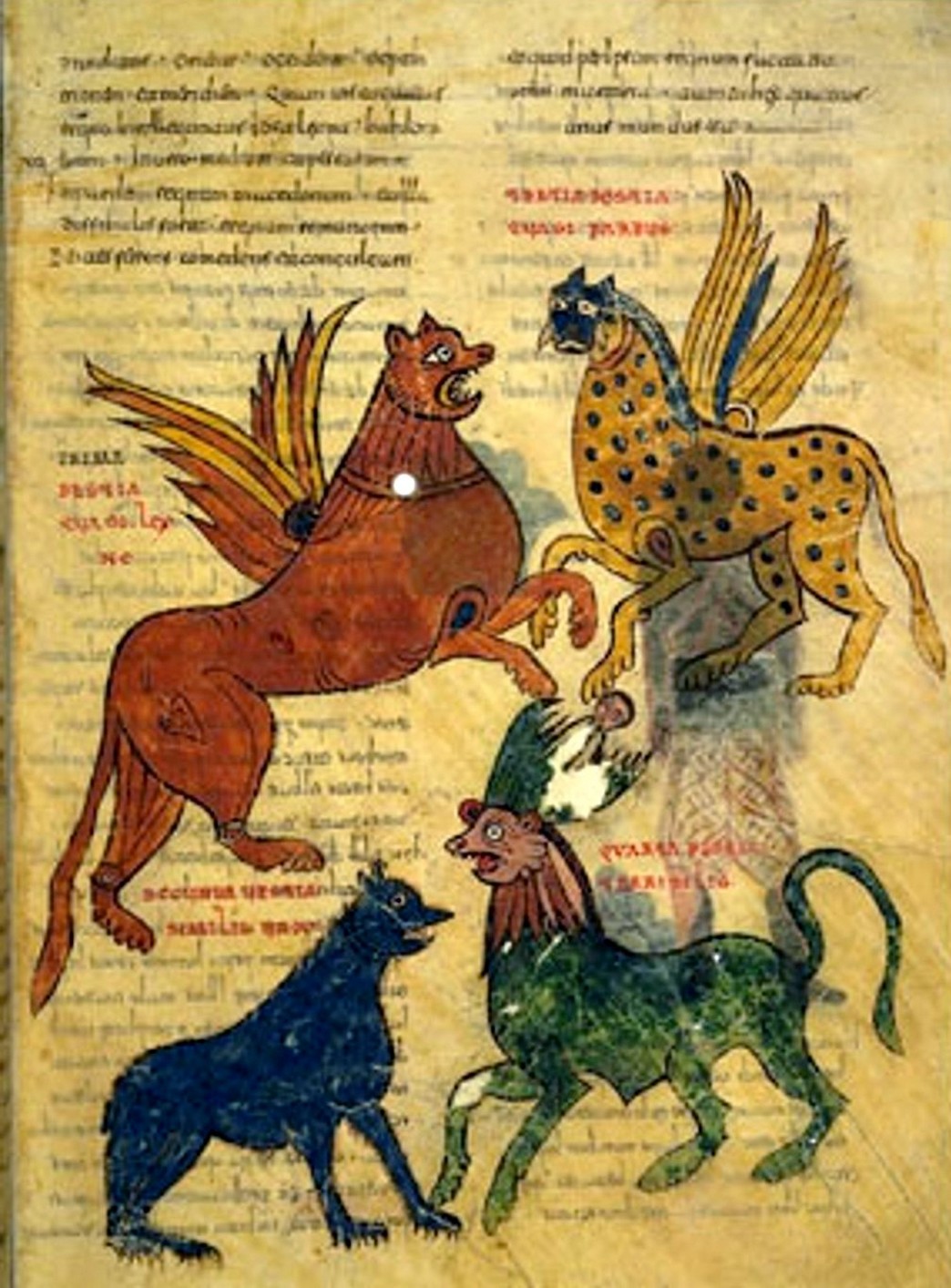 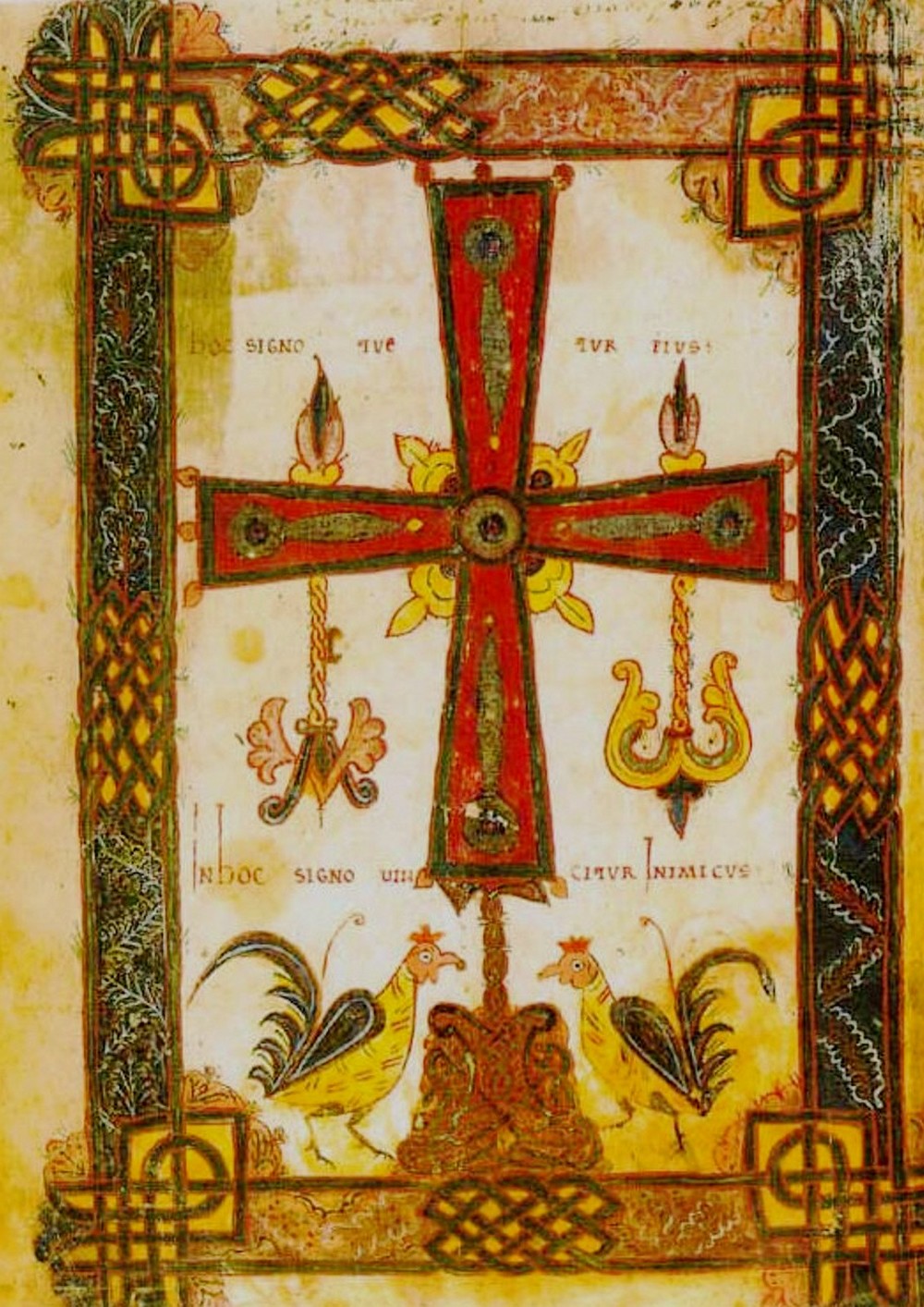 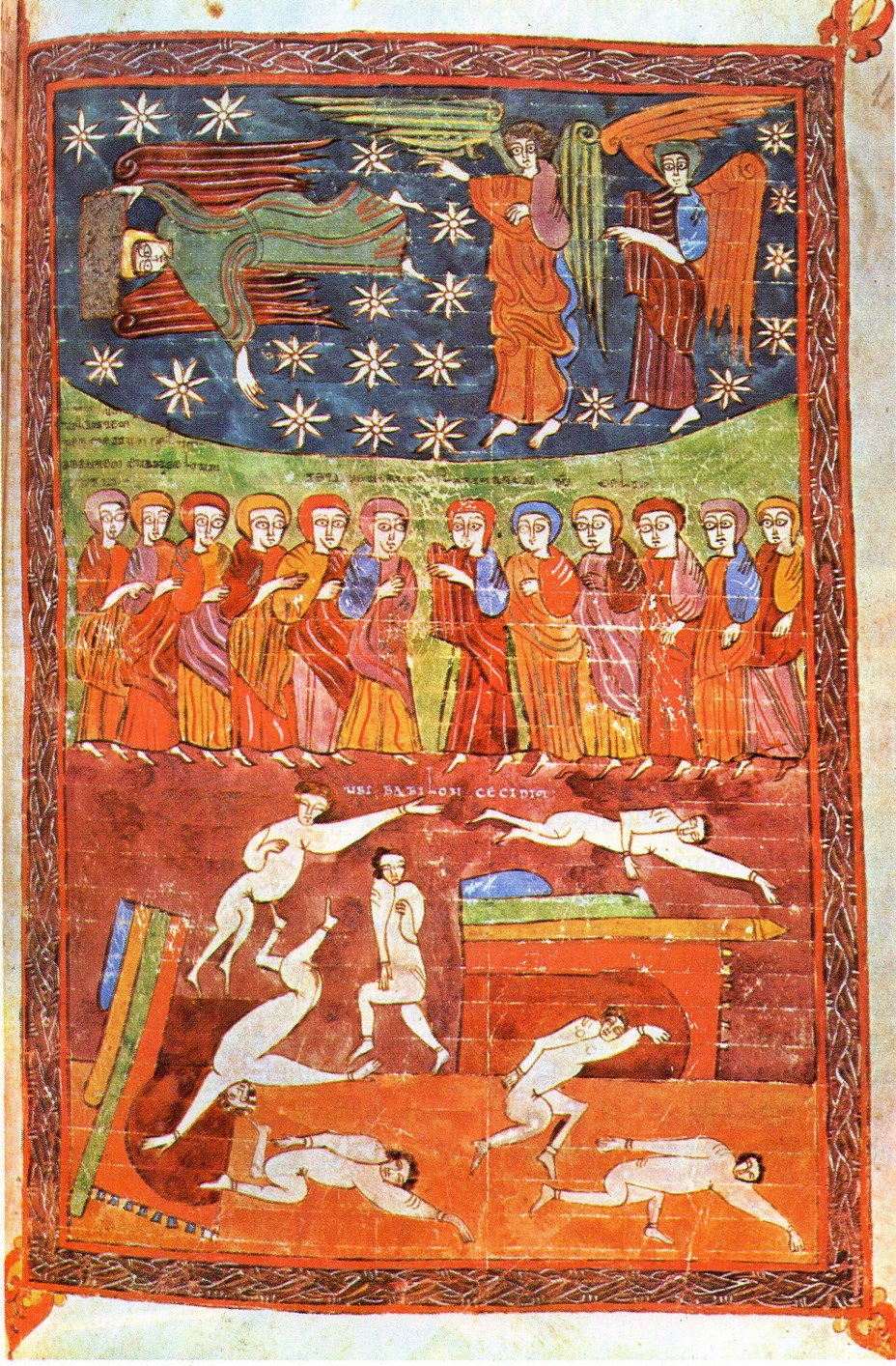 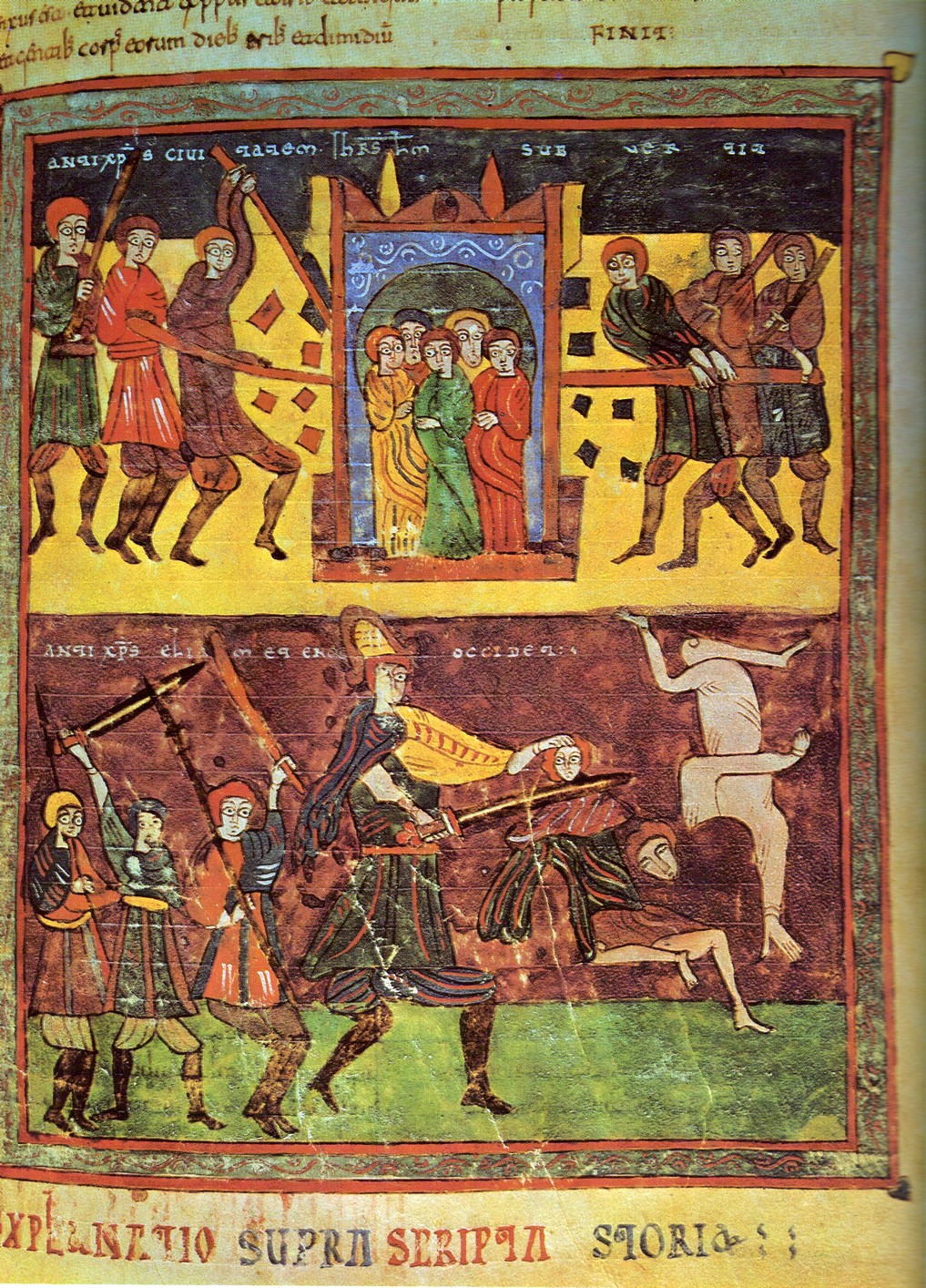 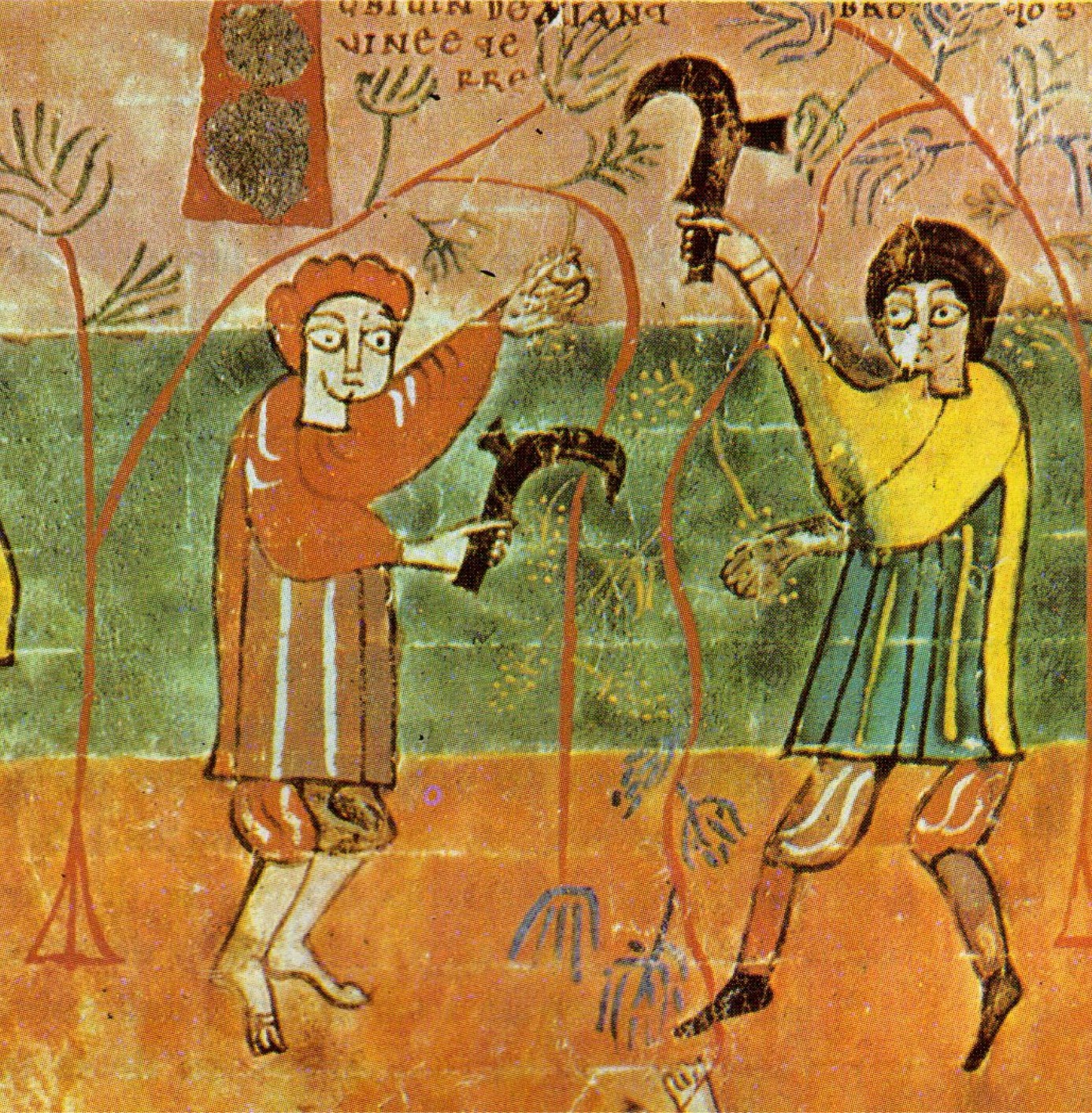 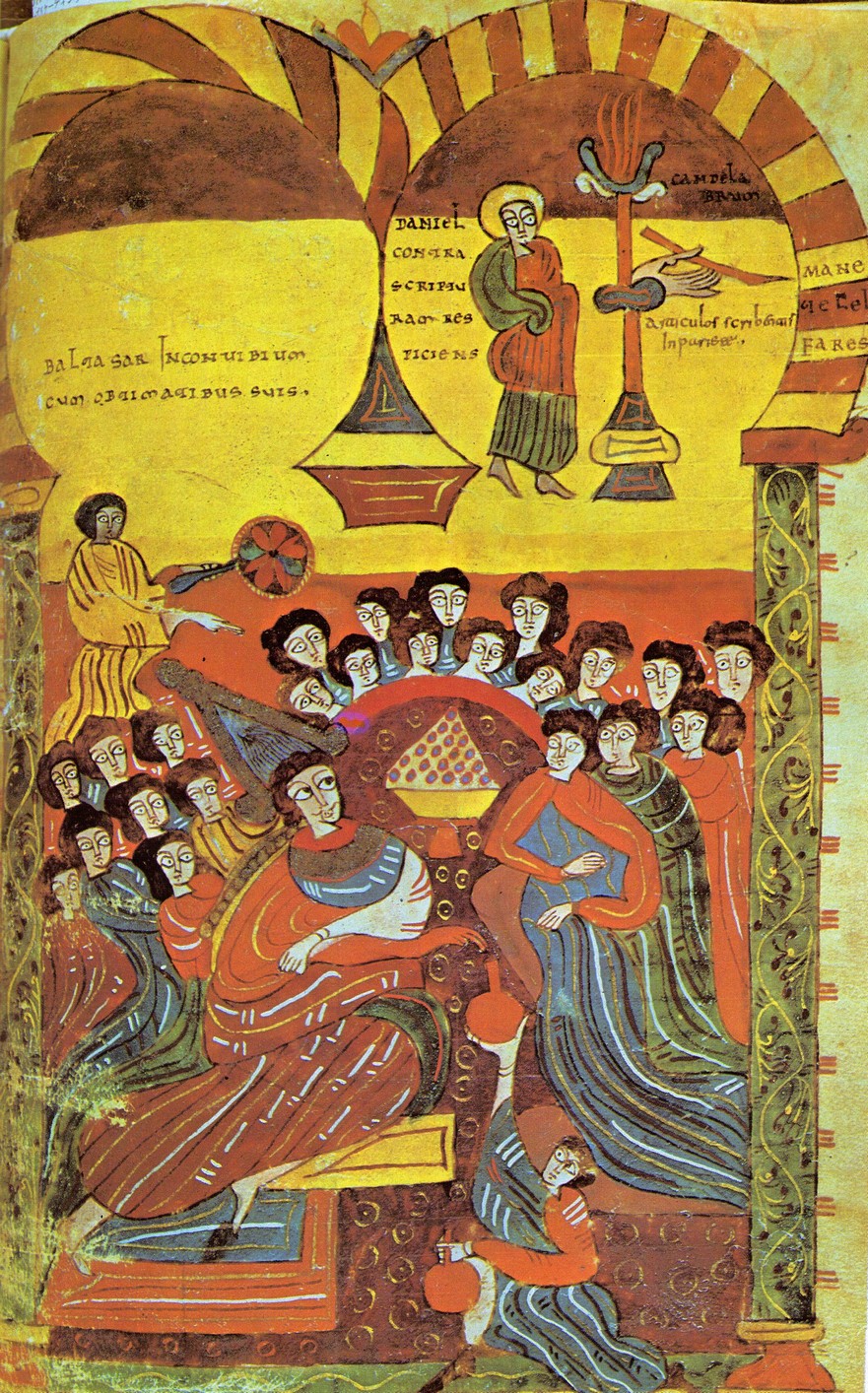