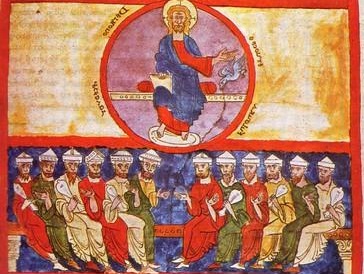 To the magnificent work “El Beato de la Biblioteca Nacional de Turín, copia romànica catalana del Beato Mozàrabe Leones de la Catedral de Gerona” by Carlos Gil and Isabel Vigil in which we have found most of the information in this file and the comparisons of images that we have included in it.

Around the year 970 the monk Emeterio and the nun Ende, disciples and continuators of the work of the “archipictor” Magius, finished the Beato de Tábara that, as they indicate in their colophon, Magius had not been able to finish before his death and they draw themselves working

in the image of the tower of Tábara that exists in that codex and that is the anagram of our Association.Shortly afterwards, towards 975 in a new joint work, although in this case it seems that directed by Ende, created another Blessed, presumably in the monastery of San Salvador de Tábara where they had always worked.

Nothing is known about the trajectory of this Blessed until in the year 1078 the Girona canon Juan, director of the Cathedral School of Girona bequeathed the manuscript to the Cathedral of that city, where it still remains and of which it is supposed that from then, Given the importance of the Apocalypse in Spain at that time, several copies were made in Catalonia, already in a Romanesque artistic environment. Carlos Cid and Isabel Vigil have demonstrated in a thorough study that one of those copies is the so-called Blessed of Turin found in the National Library of that city, although there is no information on how or when it arrived. This manuscript, like most of the Library’s manuscript codices, suffered damage of some consideration during a 1904 fire, but in this codex fortunately it was limited to the edges, except for the first and last folios, later restored, except some missing pages at the beginning and end.

The Blessed of Turin is a manuscript from the first half of the twelfth century, consisting of 216 sheets of parchment of 360 by 275 mm written to two columns of 38 lines per column, in the Carolingian letter usual in Catalan desks in the twelfth century, using ornamented capitals very similar to those of some codices of the 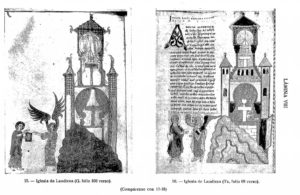 sscriptorium of Ripoll, and consists of 106 miniatures, following the structure of the blesseds of the Iib Family to which also belongs the Blessed of Gerona.The codex is made up of 26 booklets of 16 pages in which includes a Gospel up to page 19, The Prologues and the Commentary of Blessed Liébana on the Book of Revelation are then added to 236 and the Commentary on the Book of Daniel of Saint Jerome is in the following. A noteworthy theme is that in the Blessed of Turin it is observed that the scribe seeks a much superior use of the scroll of Blessed Gerona, respecting the number and position of the images, but sometimes leaving less space than in the original and also taking advantage for text free spaces of the images, to the point to reduce the number of pages of this copy by 20% compared to its original. It seems obvious that in its creation there was some economic limitation since it is also observed that the areas of the drawings that should carry gold, like crowns, altars or books, have been left with the background blank as hoping to complete them later, something that did not occur.

The illustrations belong without a doubt to the Catalan Romanesque art of the twelfth century. Similar to the Catalan codices of that period, such as the Bibles of Roda and Ripoll and the Beda of the Diocesan Museum of Girona, the resemblance of clothes, hairstyles, composition of scenes, buildings, Pantocrátor and many other coincidences make it evident.

Although some authors do not 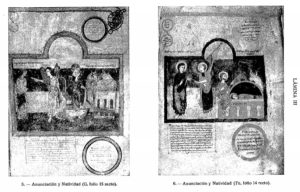 they agree that this codex should be a direct copy of Blessed Gerona, proposing that there should have been an intermediate copy and even that they should have been the two copies of the same previous Blessed, from our point of view after reading the aforementioned study, which we recommend, there is no doubt that it is a direct and very reliable copy of that. In that sense, among many other proofs we can highlight some details that have caught our attention.

We find not only two magnificent examples of the quality of the Spanish miniature between the X and XIII centuries, but also a proof of the importance and

the great circulation of copies of the book of Beato de Liébana in Spain and in Western Europe in that period.. It is also very interesting to note how the work of a monk of a monastery lost in the mountains of the Cantabrian cornice in the eighth century, is respected for four centuries, in which the type of writing and the style of the images are “modernized” in the different copies, but maintaining the spirit and structure of its creator, both in the position of the images and in their content.

The story of these two blesseds, Leonian Mozarabic of the X century the first, which ended in Girona, and Catalan Romanesque the second, appeared in Turin without knowing how they could reach these destinations, both of broad content and of high quality, greatly enriches our knowledge of both the quality and importance of the Spanish High Medieval miniature, and of the maintenance in Spain even long after the implementation of the Gregorian reform of the Christian spirit, the millennial one? started the eighth century in the small kingdom of Asturias. 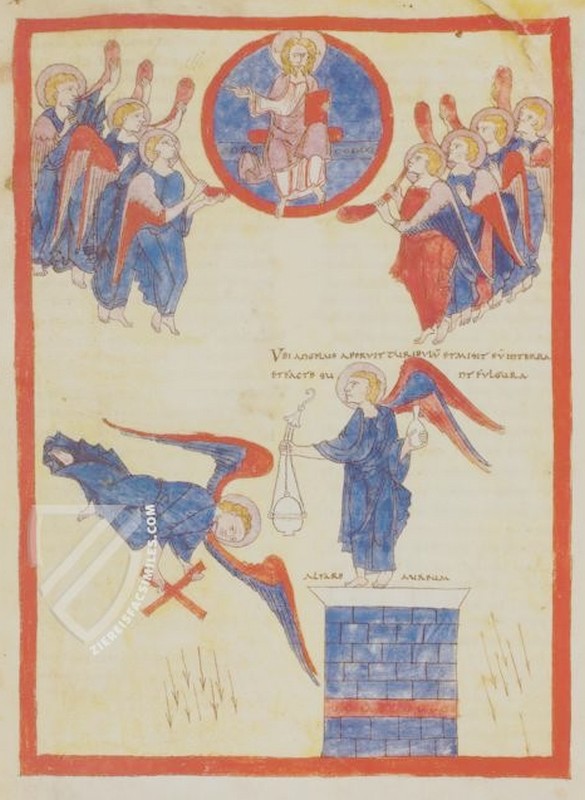 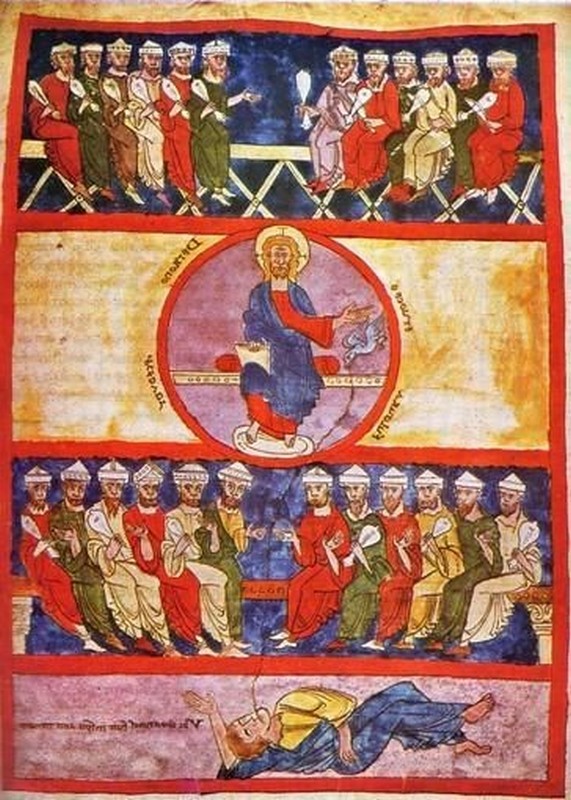 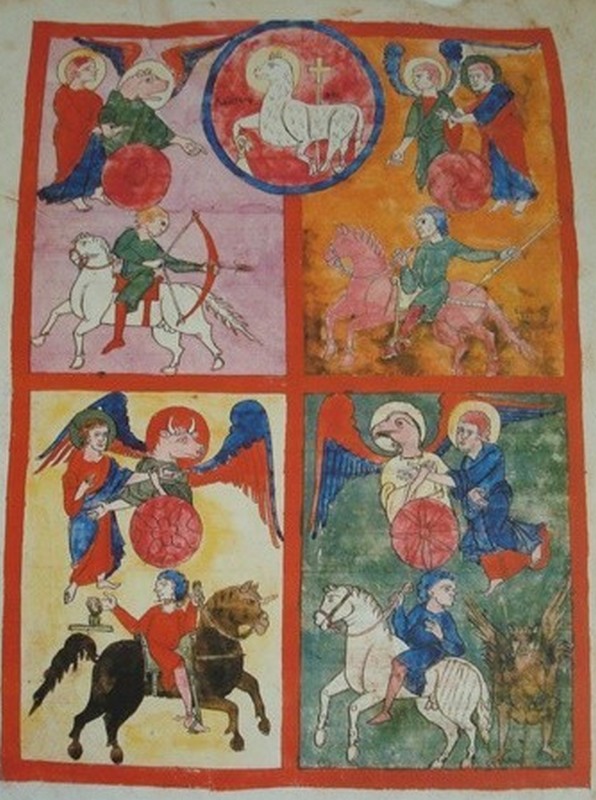 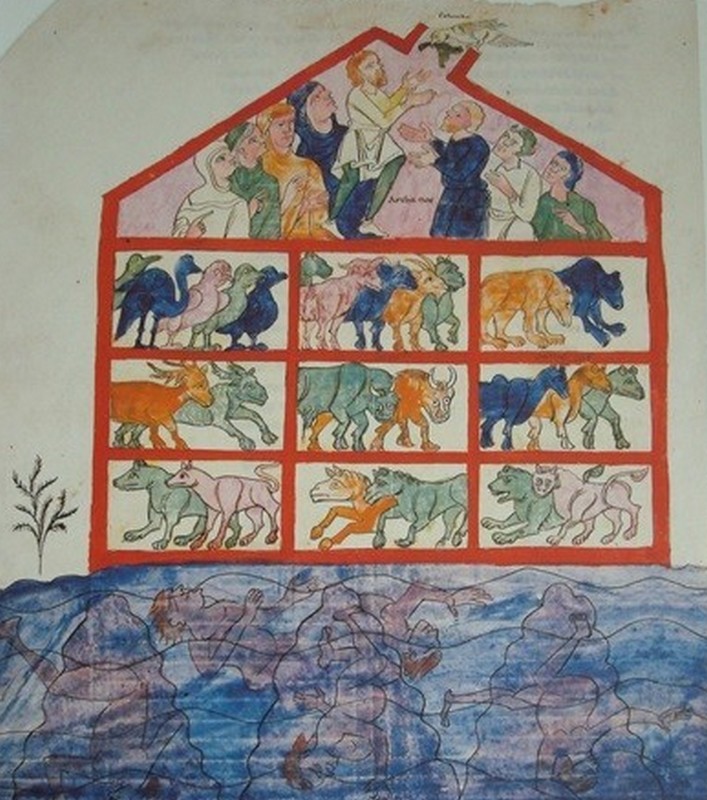 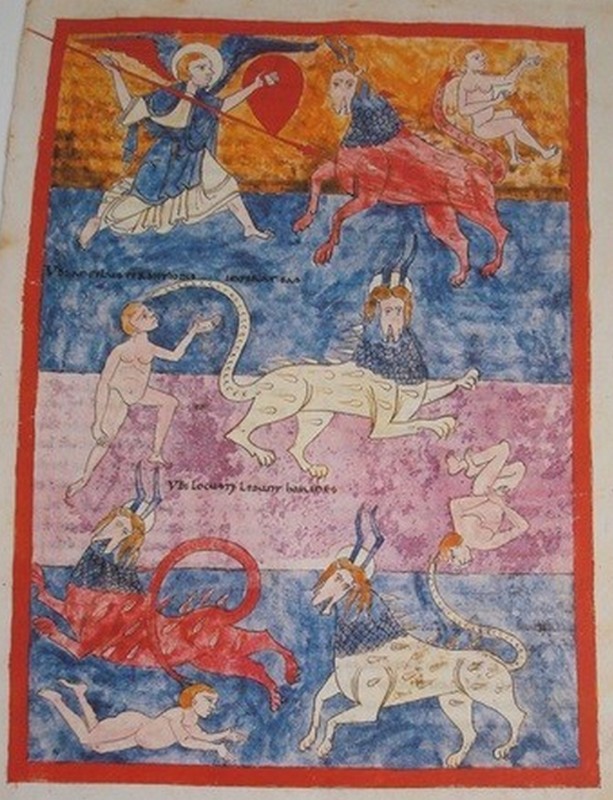 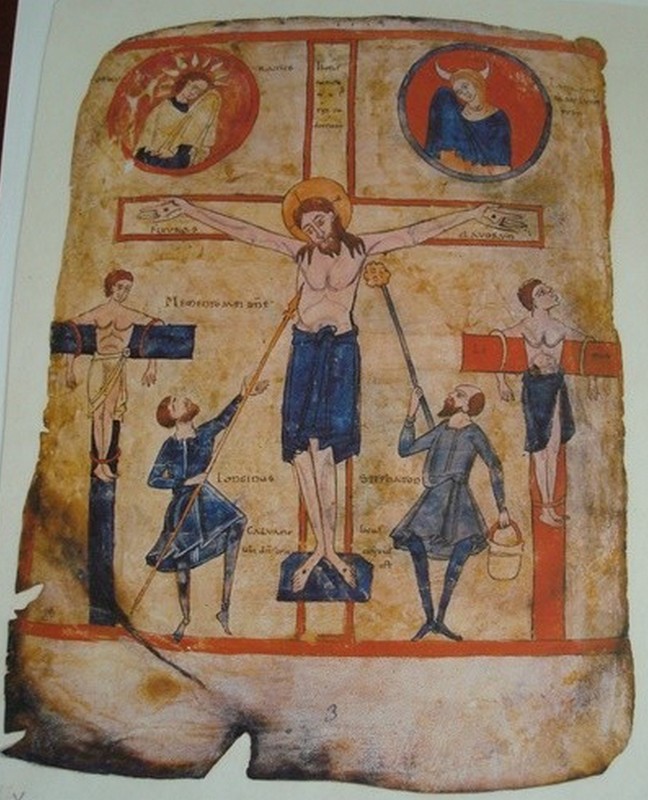 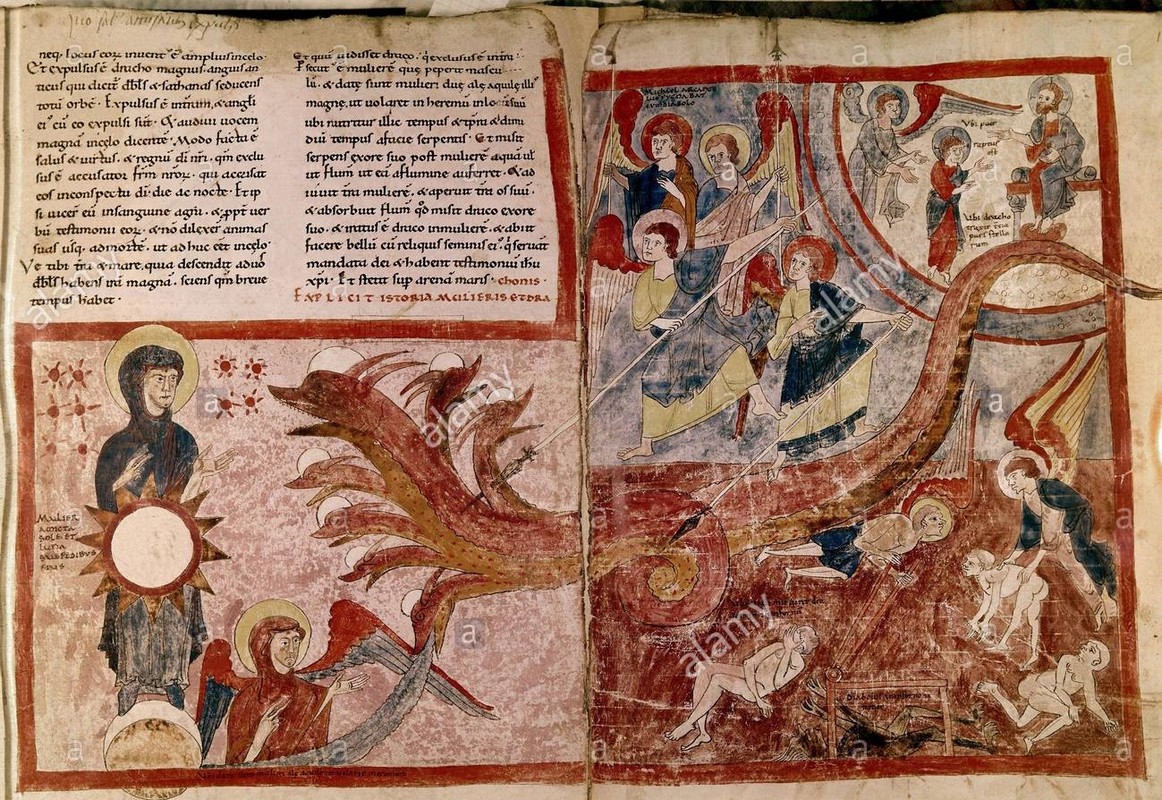