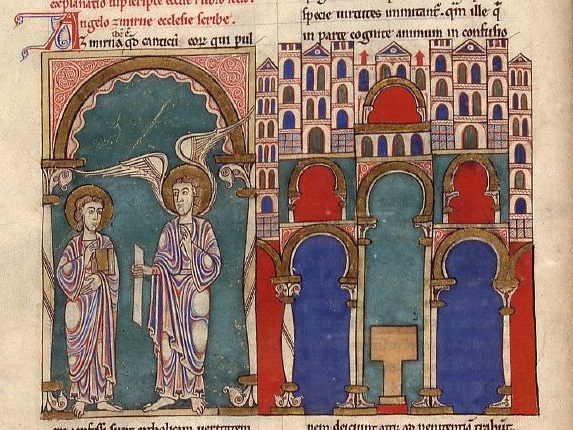 * 135 parchment folios in carolina letter to two columns with about 34 lines per page.

Study of the Blessed of Cardeña by our collaborator Jean-Luc Monneret in which all the images of the manuscript have been digitally cleaned. Click the image to access.

From the history of this Blessed, we only know that in the 19th century he was transferred to Santander from the Cardeña monastery by Mr. Masa and Sanguinetti and that a large part of it was delivered to the National Archaeological Museum of Madrid in 1871. In addition to the 135 pages 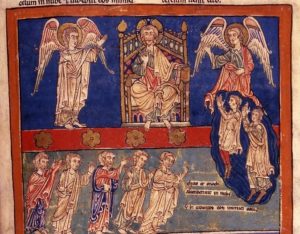 preserved in the MAN and an important part that has been lost, or at least are missing, there are some fragments in places as disparate as folios and a half in the Heredia-Spínola Collection in Madrid and 15 in the Metropolitan Museum of New York.

It seems unquestionable, both because of its situation and because of the opinion of most of the experts, that it is one of the most beautiful copies of the Commentary on the Apocalypse by Beatus of Liebana, dated between 1175 and 1185, so it would be contemporary with the Biblia de Burgos, both somewhat prior to the Beatus of Manchester , it is assumed that the three created in the Cardeña monastery, in a Romanesque style that already announces Gothic art. In fact, both blessed share the same heraldic reference: a castle as it teaches of Castile.

Belonging to the group of the “Late Blesseds” the Blessed of San Pedro de Cardeña, written in Carolina-Gothic script with two columns of 34 lines per page of 305 X 190 mm, is incomplete and distributed in several places, since while the MAN conserves 135 folios, There are another 15 at the Metropolitan Museun in New York and a folio and a half at the Bibliotea Francisco de Zabálburu in Madrid. 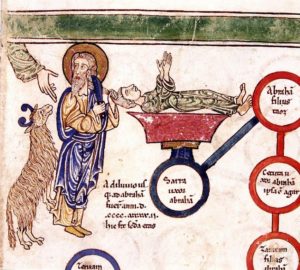 The Blessed has been mistreated: in addition to the 16 and a half pages to which we have referred, others have disappeared and have been removed with so little care that in some cases the images have been torn.

The text, according to experts such as Sanders, Neuss and Klein, has been associated with the Iib Family in which Blessed Manchester, San Andrés del Arroyo and Las Huelgas are also included, although with some specific variants. In fact there are doubts and differences of opinion about the possibility that the Manchester one is a copy of this codex, or that both are copies of the same missing blessed or not.

51 very beautiful miniatures of bright colors and decorated with gold also used in the beautiful decoration of the capitular letters are conserved.

The illustrations were made by two masters of high quality but with well differentiated characteristics, one of them being the organizer of texts and images, of extraordinary quality in both drawing and colour, which shows a great formation both on the Byzantine basis of Romanesque art, and on the new trends of European and English miniatures, but linked to previous Spanish codices in the movement offered by their figures, stylized and with expressive faces that already announce Gothic painting.

The second miniaturist is 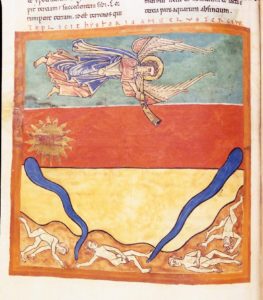 of inferior quality and very personal style, also inspired by the German and English miniatures, in a style very similar to that of the Burgos Bible.

This codex confirms both an undoubted relationship with the whole European environment and a deep knowledge of the latest European artistic trends in Spanish monasteries and a great interest in and respect for the earlier Spanish miniature, both in the texts and in the structure of the codex images that follow the tradition of the Blessed of Tábara, the first we know of this Iib Family, earlier in two and a half centuries.

It is also interesting to note that the last five blesseds that have come to us, dated between 1180 and 1220, were made by and for Cistercian monasteries: San Mamede de Lorvao, San Pedro de Cardeña, Santa María la Real de las Huelgas and San Andrés de Arroyo, the last two nuns. In general they are sumptuous codices, of great quality all of the Iib Family except that of Lorvao which is of the Family I. All this, at a time when it has disappeared from the Mozarabic liturgy and the Apocalypse has ceased to be used in the celebrations, which indicates a great respect in the Cistercian monasteries of the Iberian Peninsula for the tradition and art of the Spanish miniature of the previous centuries. 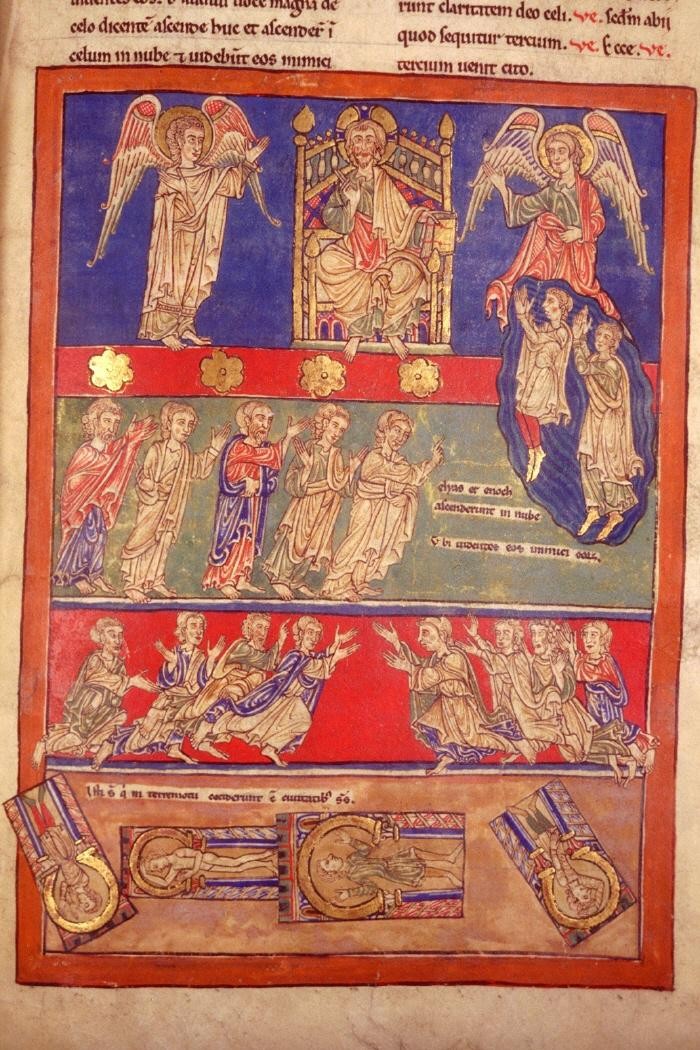 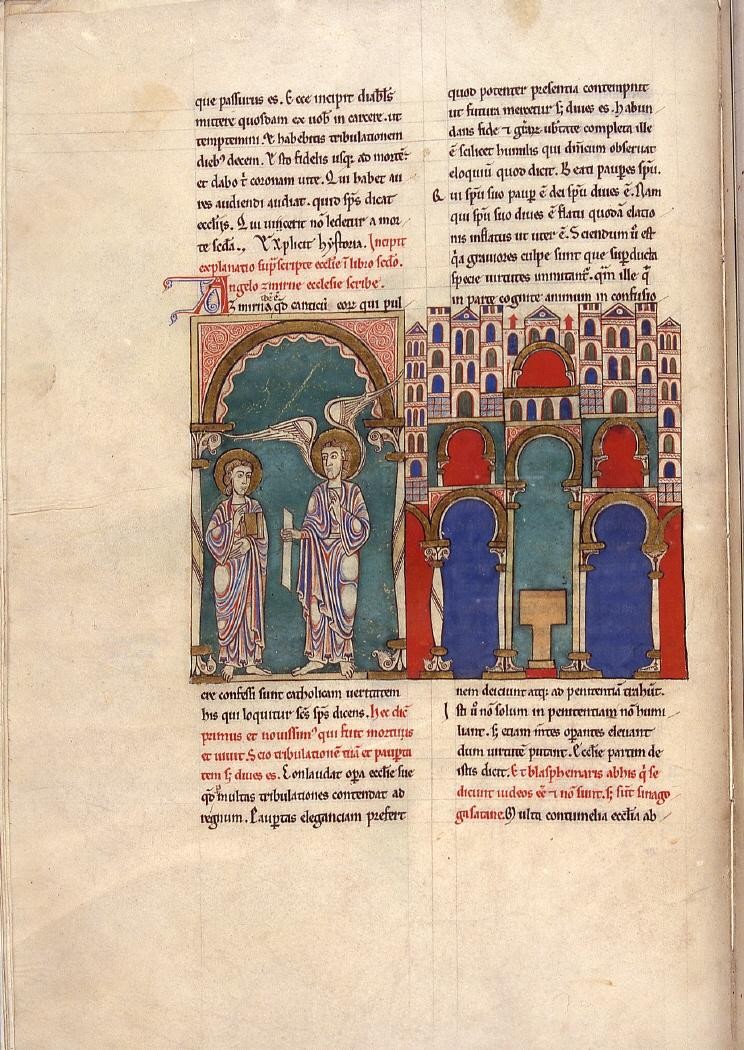 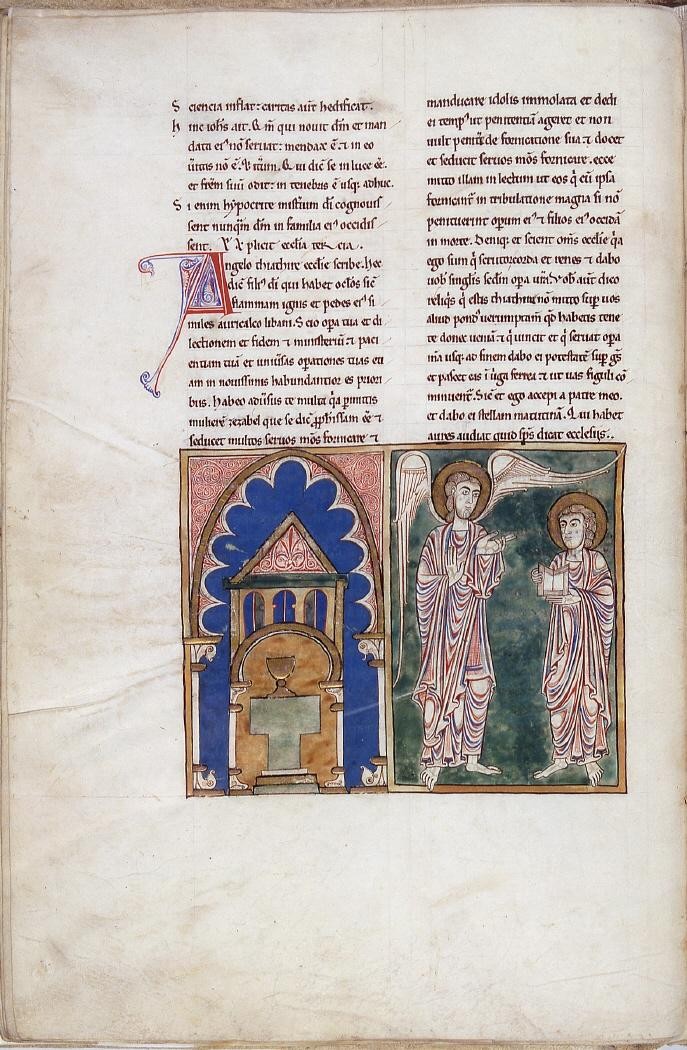 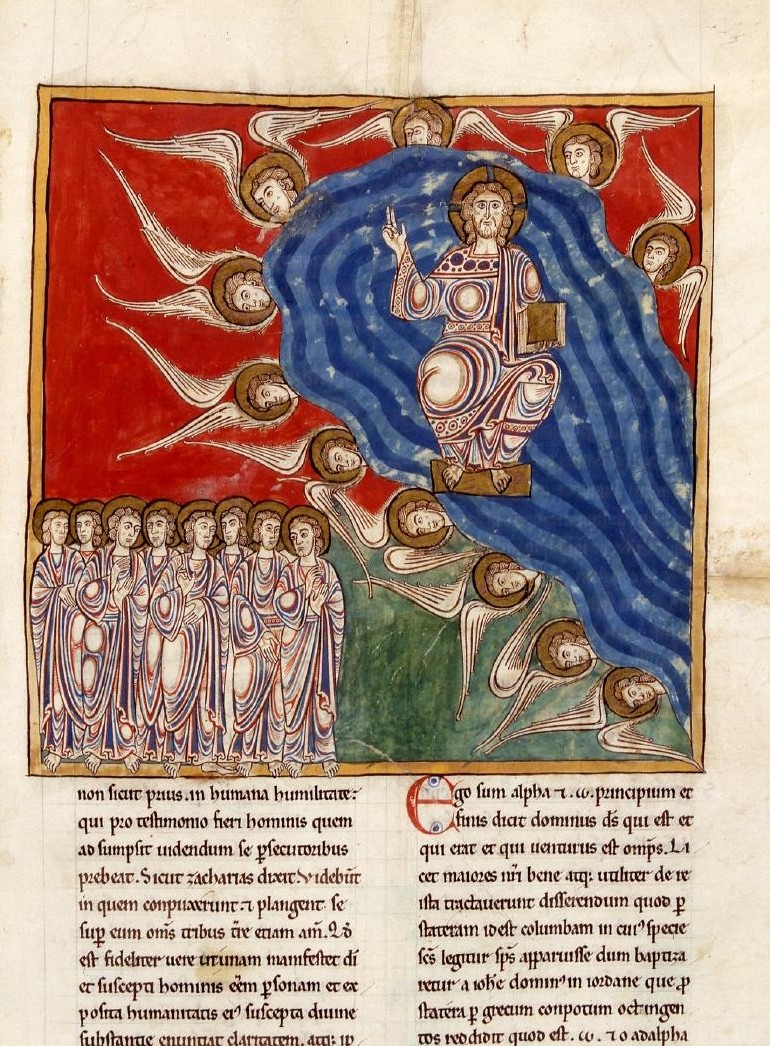 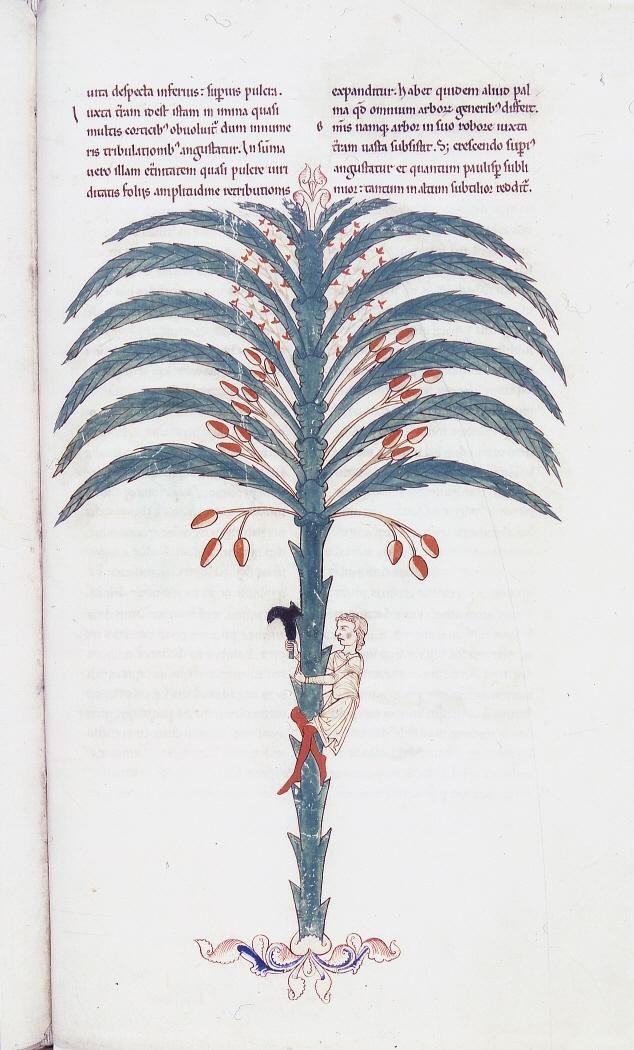 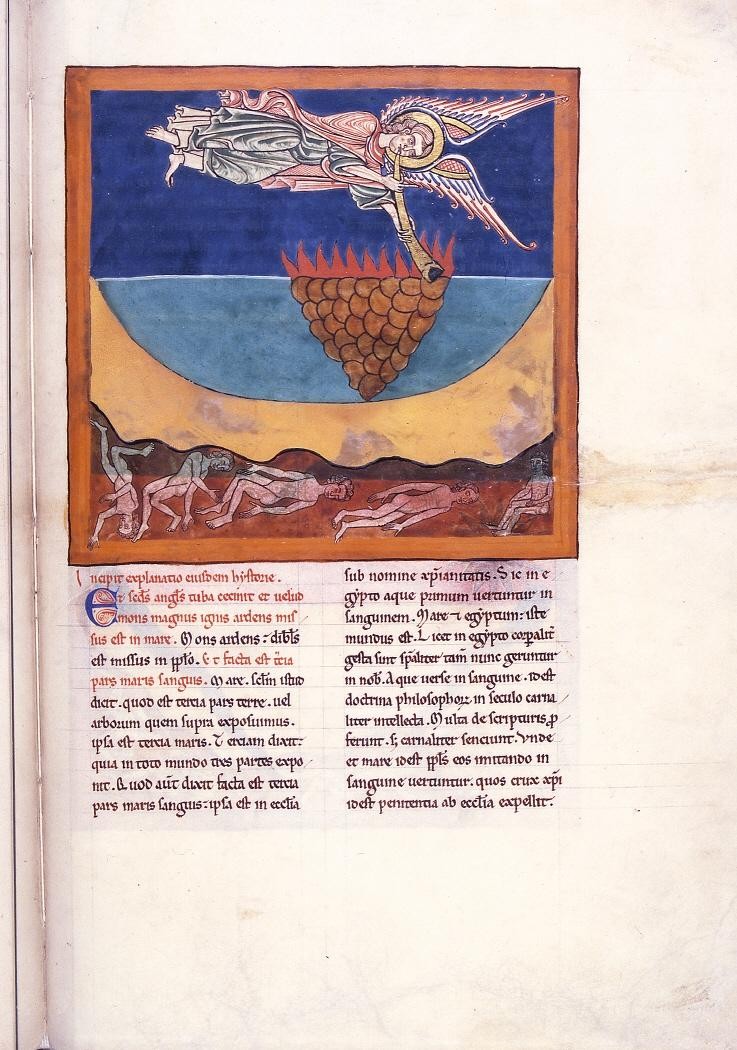