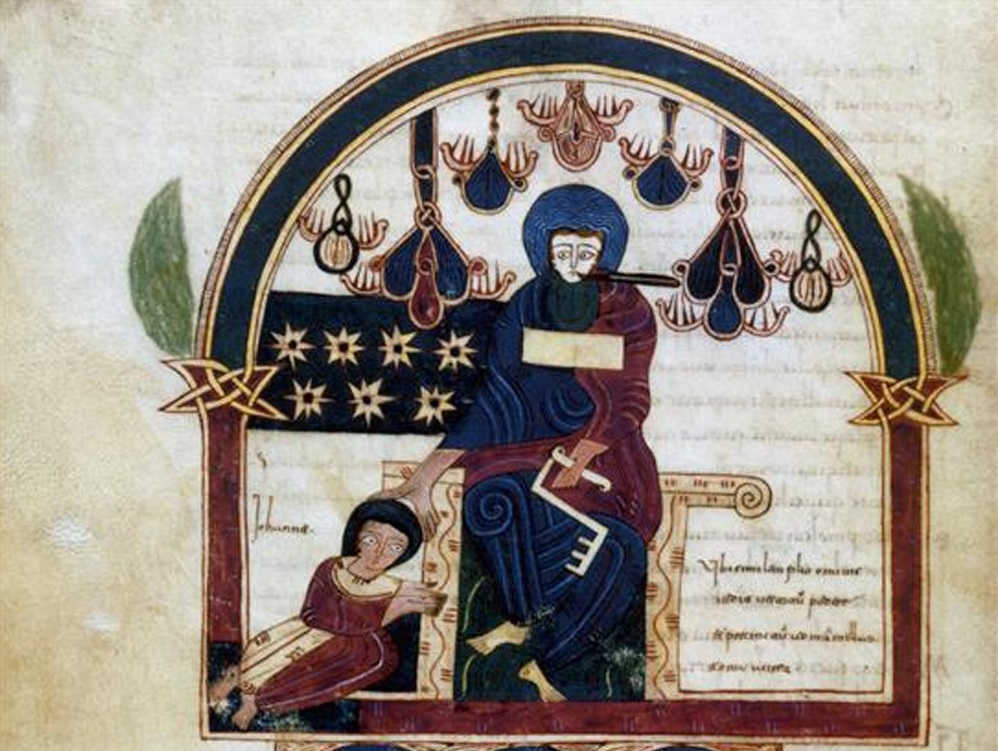 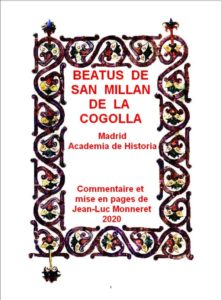 Study of the Blessed of San Millán by our collaborator Jean-Luc Monneret in which all the images of the manuscript have been digitally cleaned. Press the image to access.

This Blessed presents a very special interest because, in addition to being considered as one of the most typical works of the Emilian desk, it is also the most complete of those created in San Millán de la Cogolla. To this must be added that it was 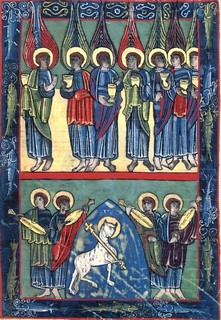 made in two phases, with very different styles, but keeping the unmistakable imprint of the works of this monastery.

In fact, it was written in two periods, the first, until folio 228 at the end of the tenth century, on low quality parchment, which indicates that it was developed in difficult times for the Riojan monastery, possibly at a time when Almanzor was razing much of the Christian kingdoms, from which San Millán was not spared either. The rest, up to folio 282, was continued in the late 11th or early 12th century.

It was also miniado in two phases. The first, in Mozarabic style. attributed to Albinus and some collaborators, reaches folio 92, in addition to some pages interspersed in the rest of the manuscript. The Blessed is not continued until the end of the eleventh or the beginning of the twelfth century, at the height of the monastery, but already in a style that announces the new Romanesque art, although in that phase it is not completed completely, since some spaces have remained blank. This second phase, from the late 11th century, is contemporary with the Blessed of Silos, begun in 1091, although it was not completed until 1109.

On the other hand, while the tenth century miniatures, of approximate date to that of most of the text, follow the pictorial tradition of the family I, those of the second phase seem to be based on the branch IIab, like the Blessed of Saint-Sever, with which he also offers some stylistic similarities. 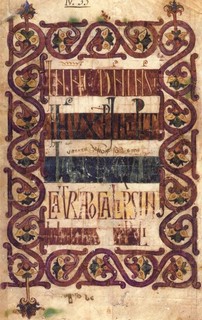 On the other hand, while the tenth century miniatures, of approximate date to that of most of the text, follow the pictorial tradition of the family I, those of the second phase seem to be based on the branch IIab, like the Blessed of Saint-Sever, with which he also offers some stylistic similarities.

On the first page it presents the Cross of Oviedo with the image of the Lamb at the intersection of the arms of the cross and the tetramorphs with the symbols of the Evangelists at the ends, scheme that we will find later in some Romanesque crosses.

In the rest of this first part of the manuscript the miniatures are inserted directly into the text to which they are associated, occupying in some cases part of a column, in others just over half of the folio and only in two of them the entire folio. As we have already indicated, many of his drawings have been copied from the Bible of St.Isidore, although it is evident that it was not originally intended, by making the written copy, because in several cases the reserved space does not correspond to the size of the drawing that has been included subsequently, the illuminator being limited to maintaining the proportions of the original composition without taking into account those of the existing white space. 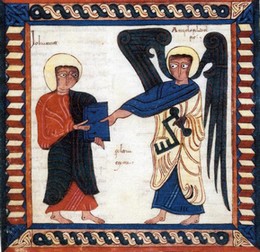 The style of the second part is very different and seems to be created by several miniaturists. While some of his images seem to belong to various artists of poor quality, a last phase was developed by a fully Romanesque miniaturist, in a style completely different from the Mozarabic. In the color he uses with greater profusion the intense red, the blue, light green and yellow, while the purple almost disappears. The images, generally on coloured backgrounds and framed with highly decorated margins, present both a greater maturity and a certain sense of volume, with more elongated figures that present greater mobility and a folding with undulations, much more realistic than in the Mozarabic phase.

The final set, which almost completely adjusts its iconographic program to the apocalyptic text so that the themes of its miniatures serve to illustrate the contents of the folios in which they are included, it is of great interest to know the characteristics of the miniature created in the Monastery of San Millán de la Cogolla in two very different stylistic moments, but in which you can find elements common to all the works of this scriptorium. 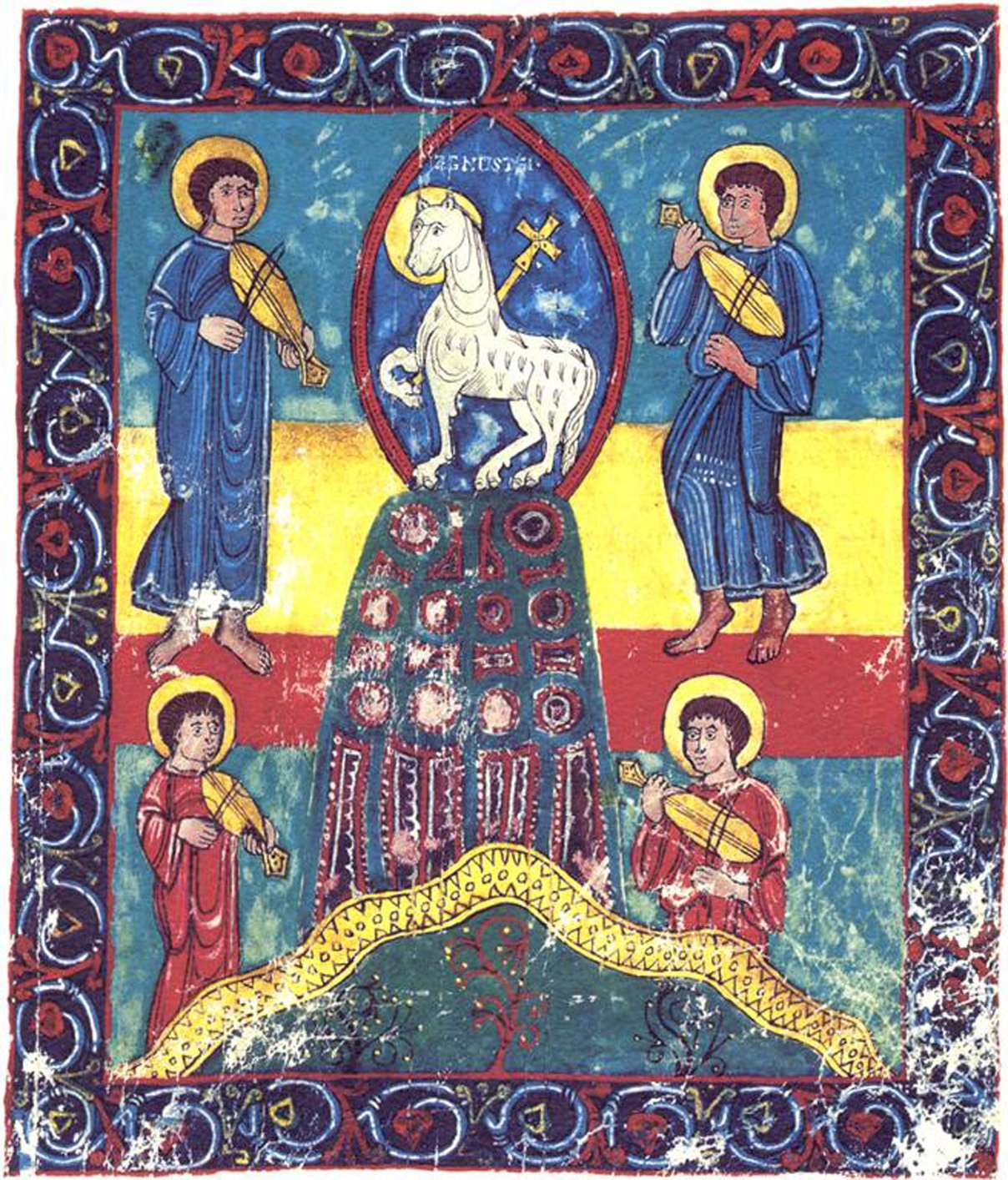 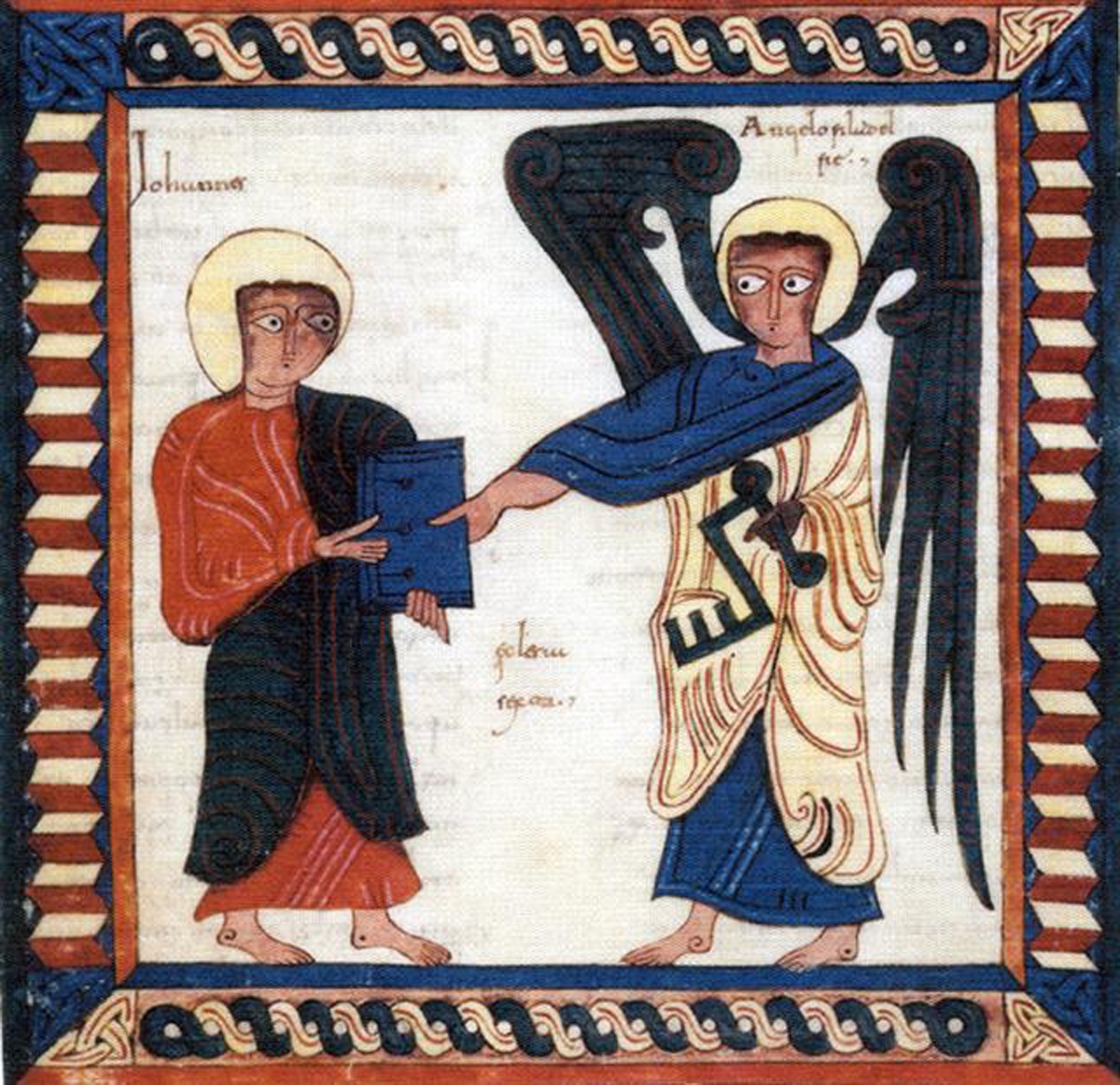 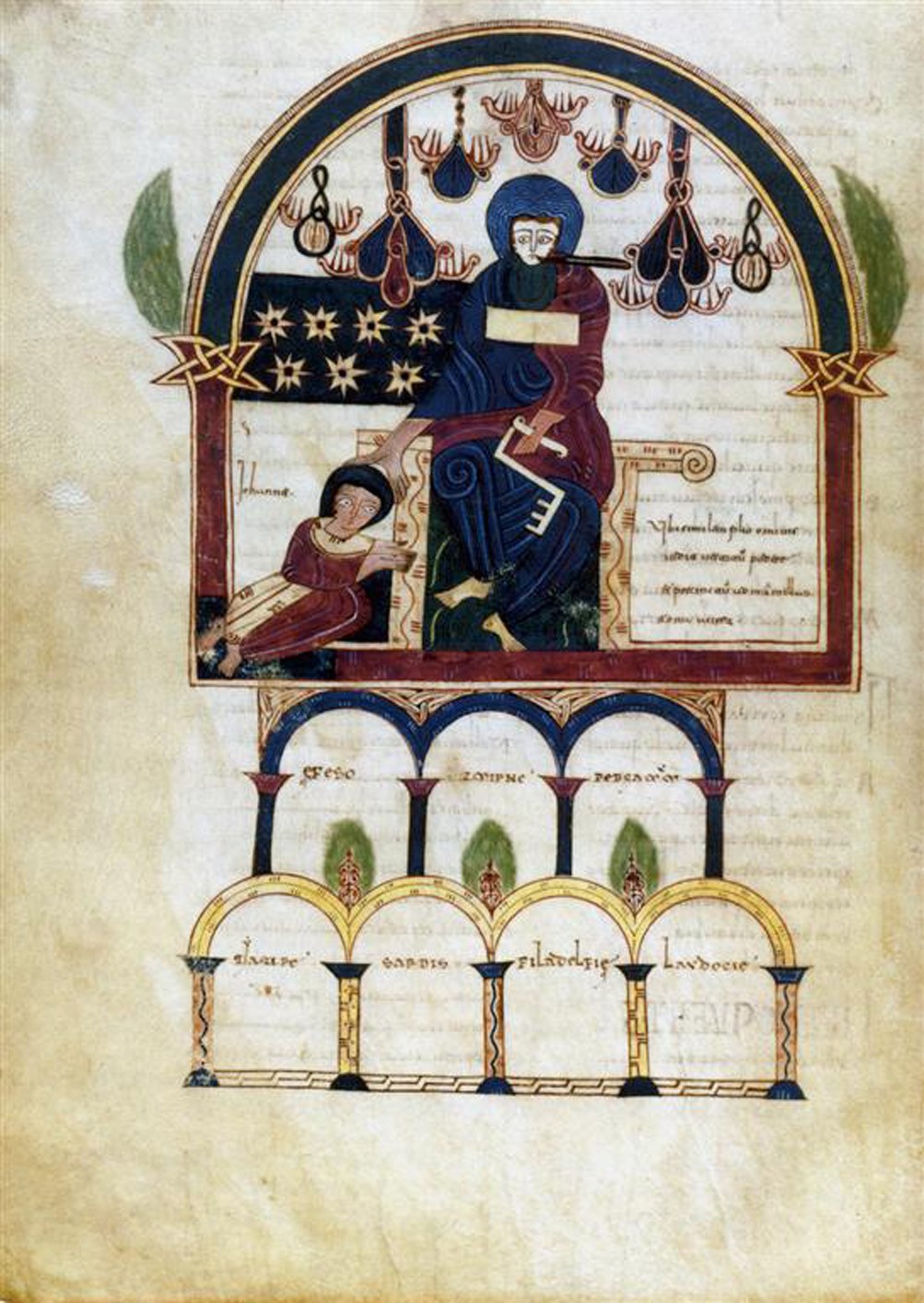 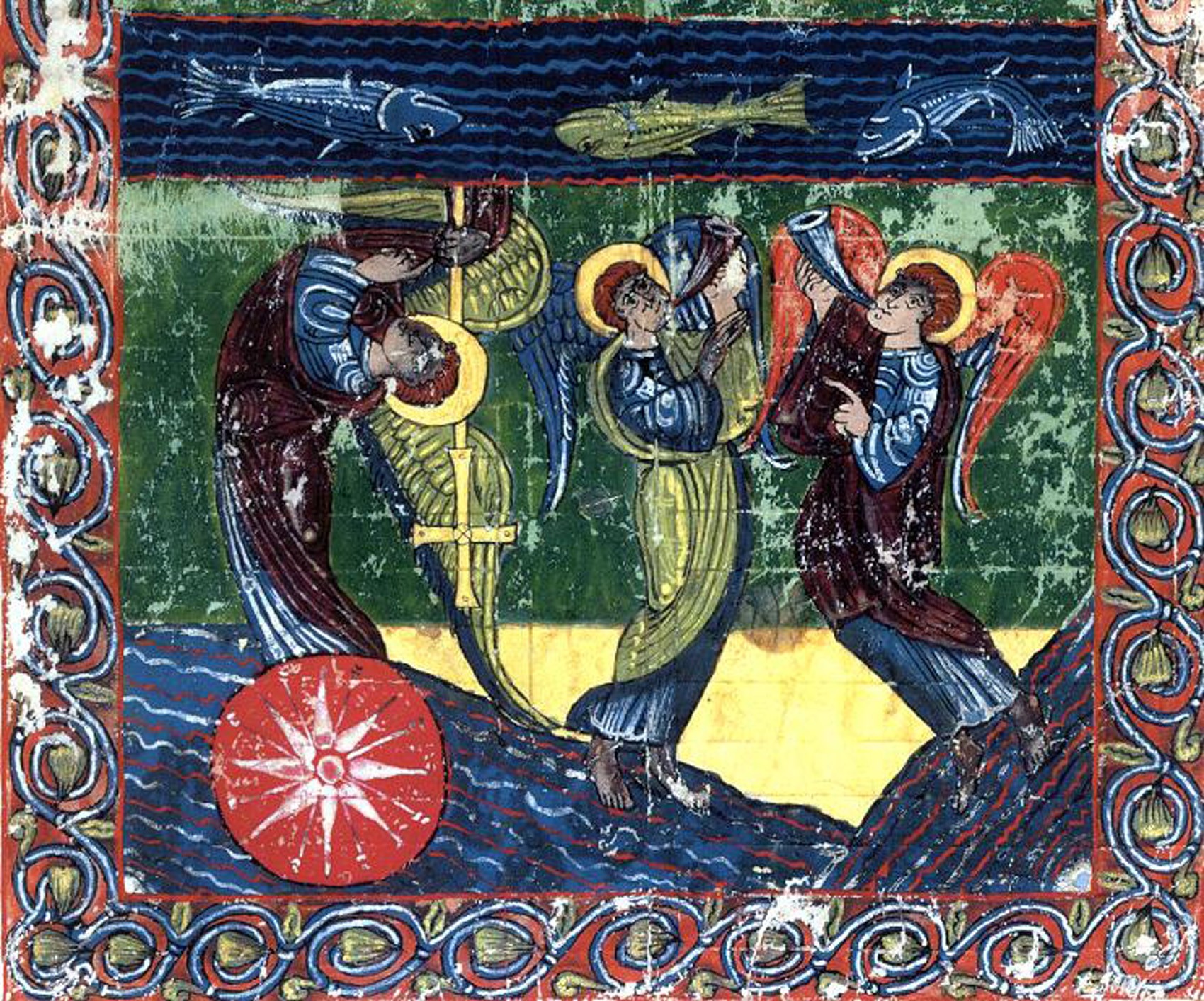 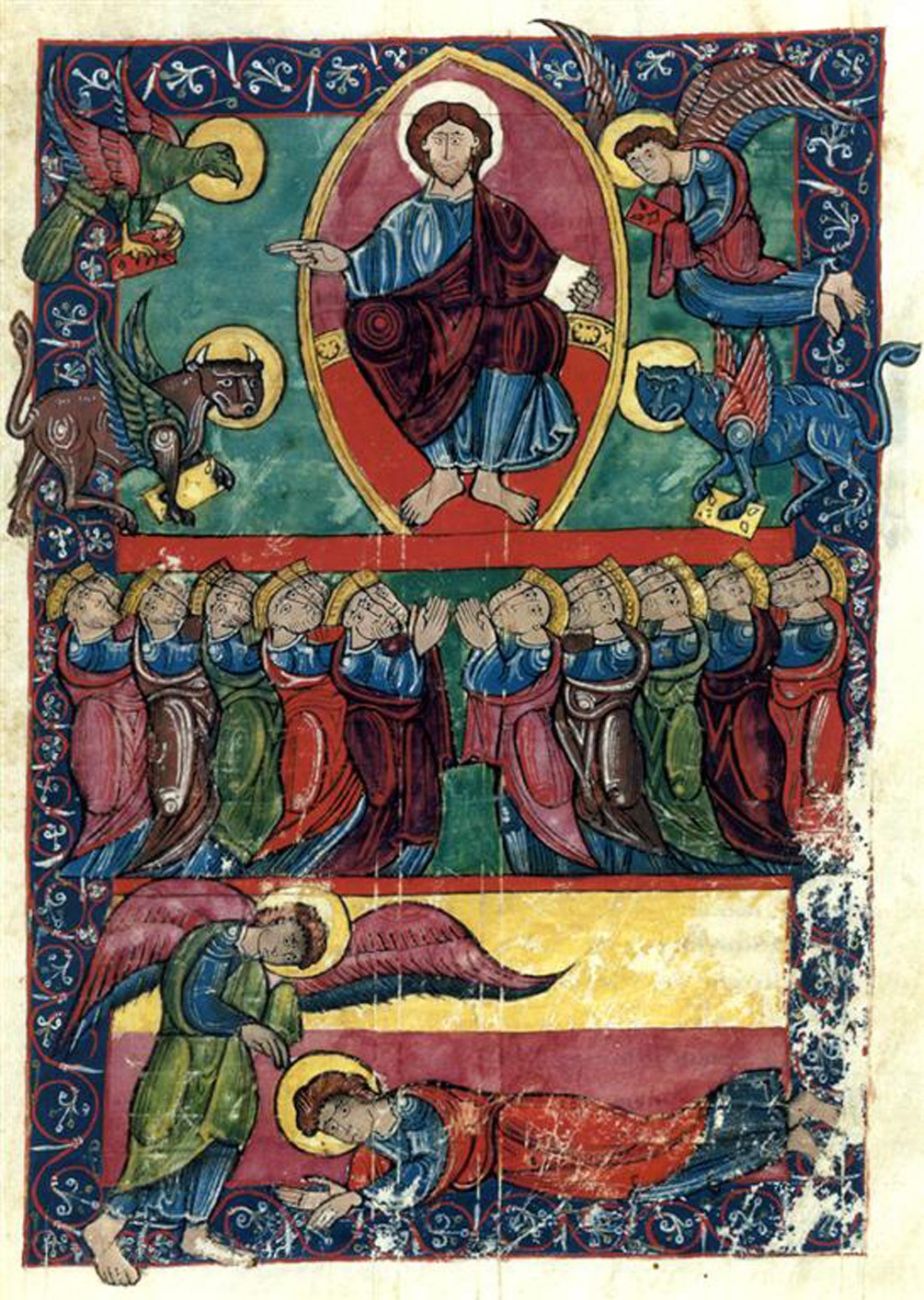 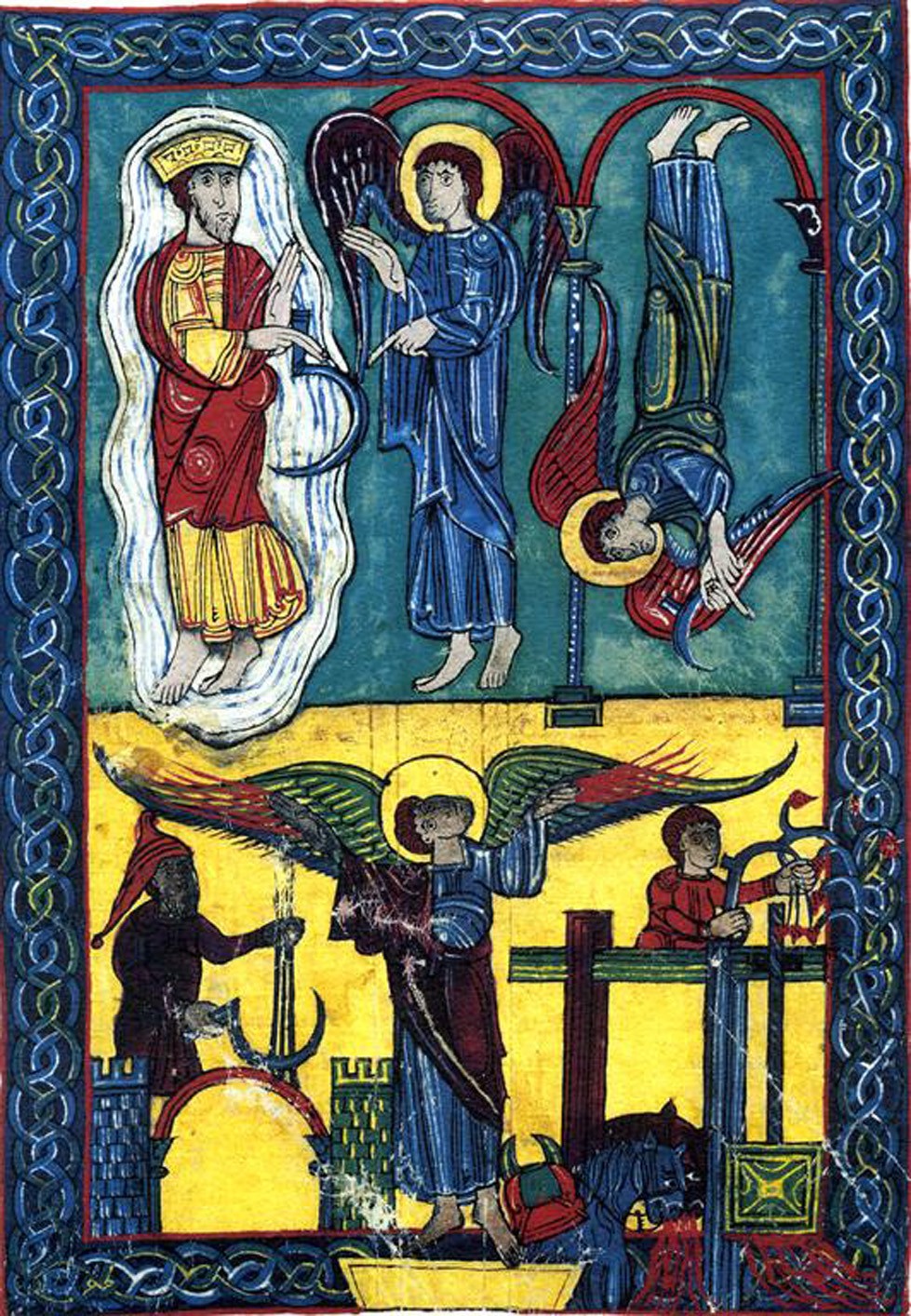 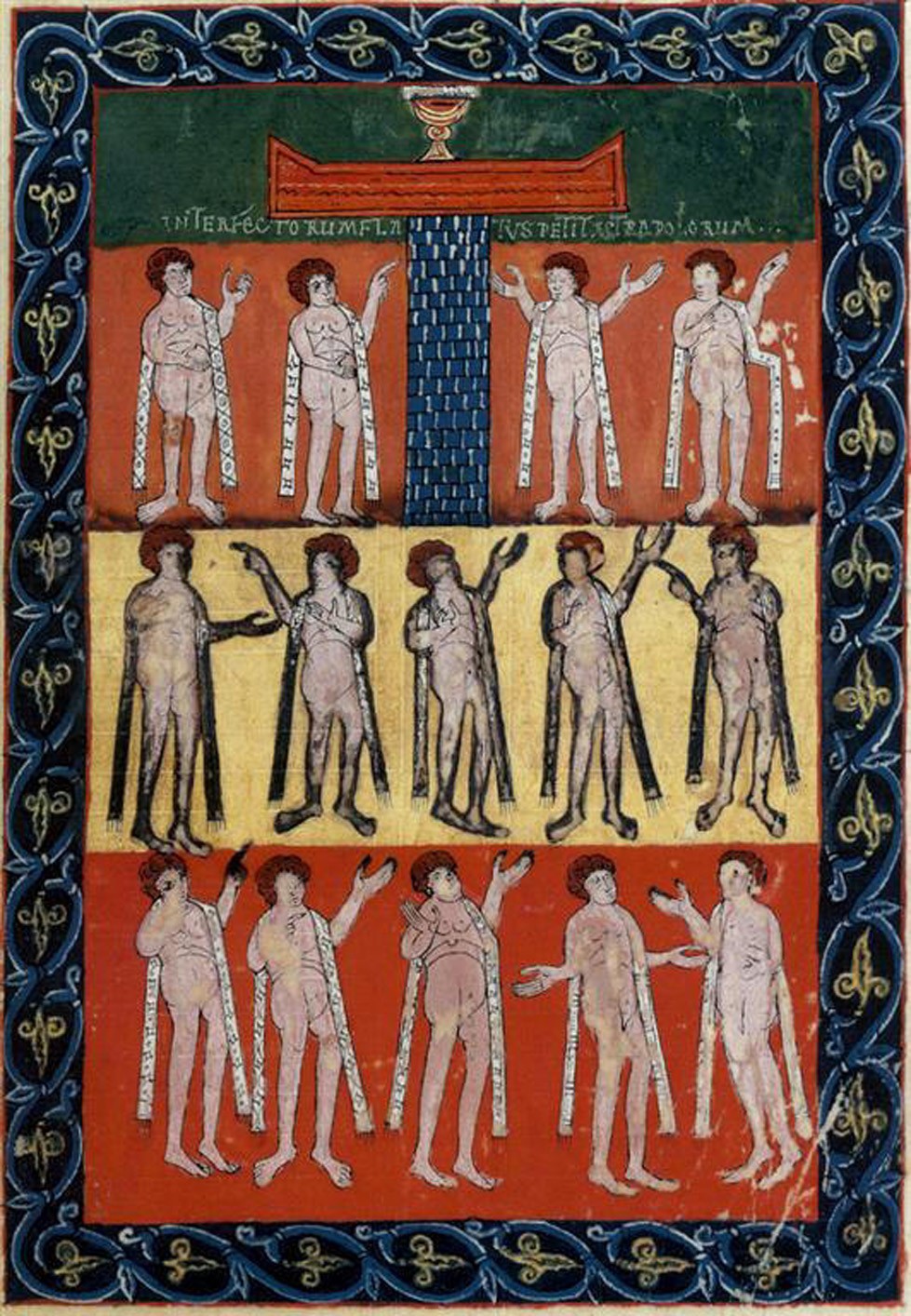 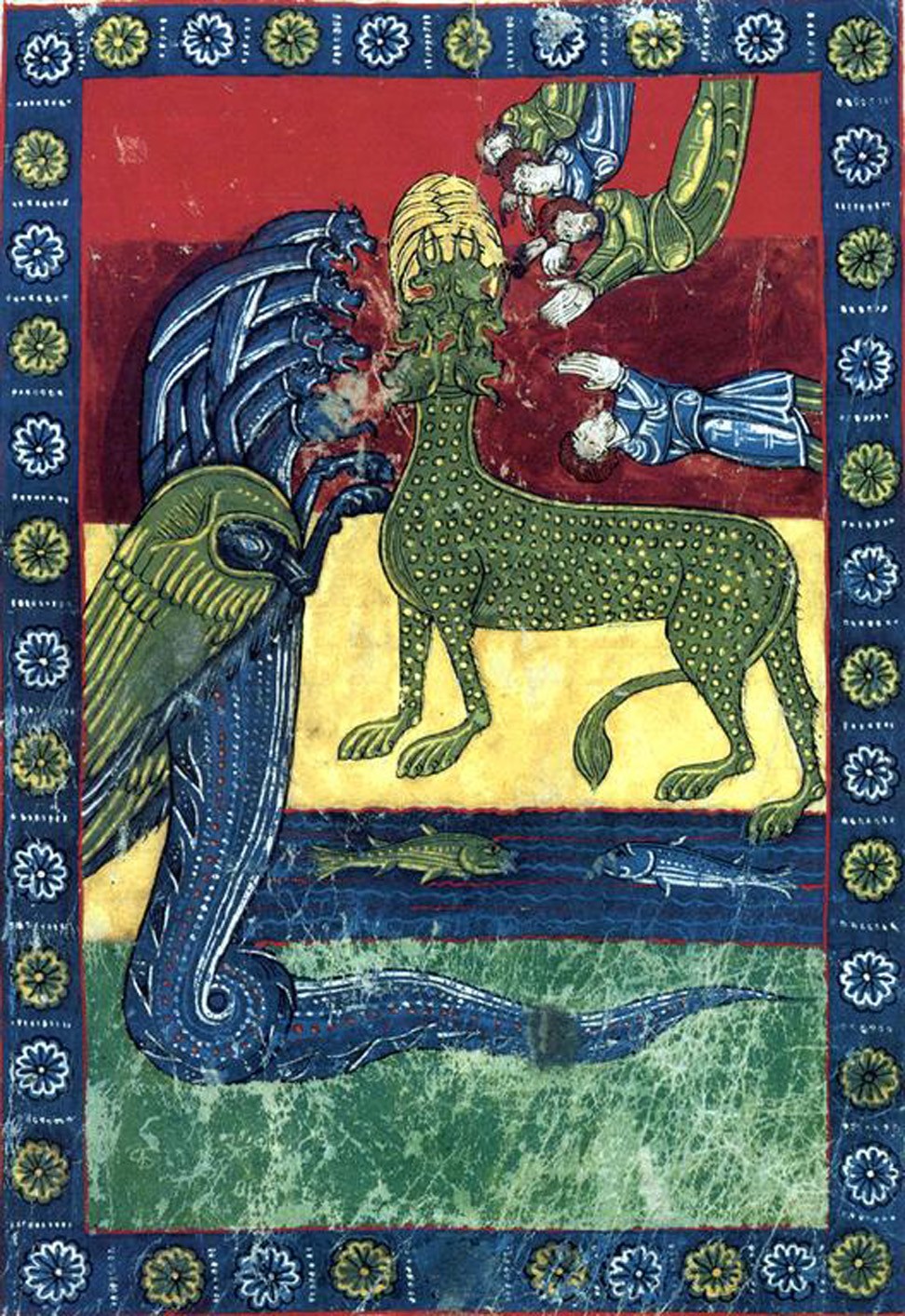 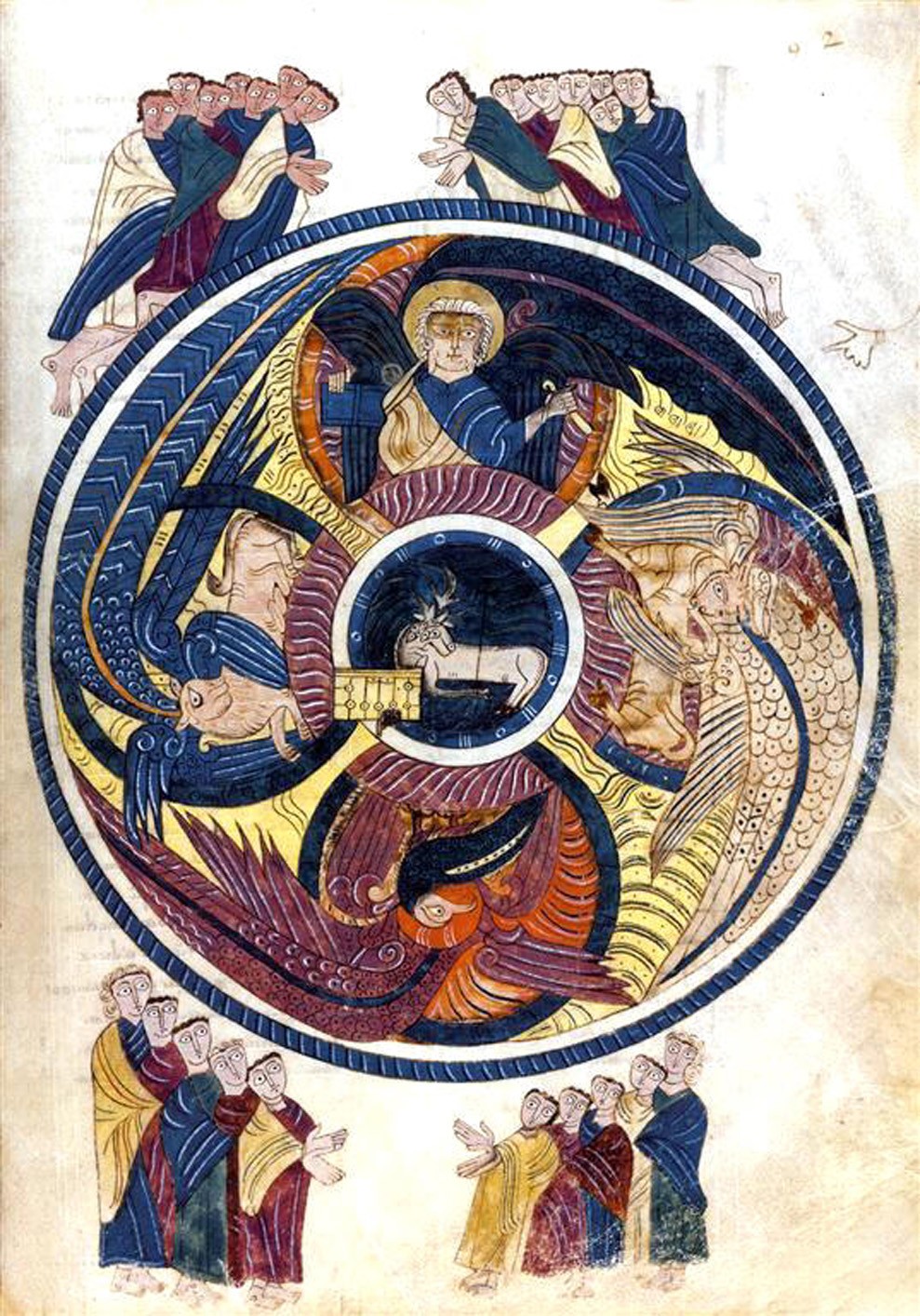