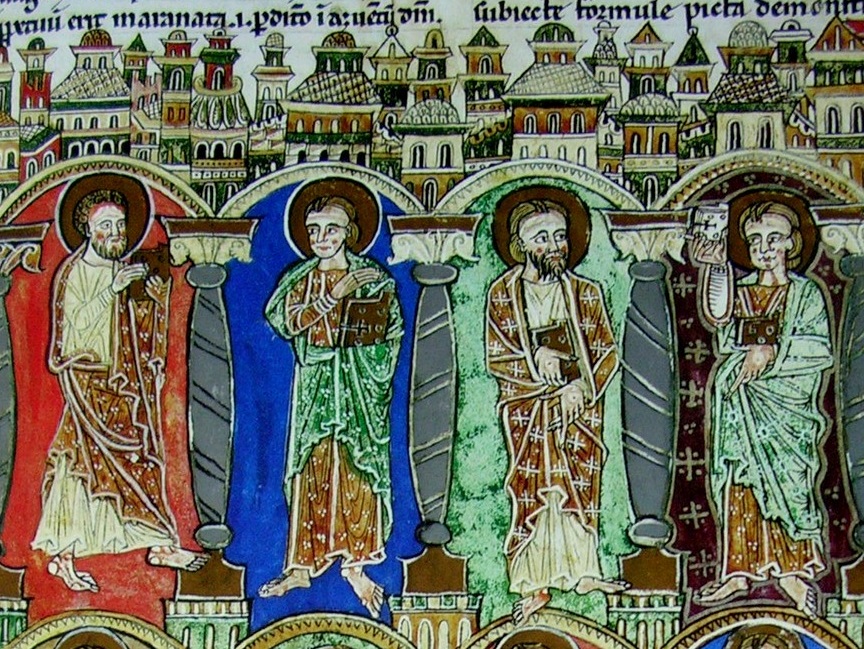 This Blessed and that of Las Huelgas are the only two that come from female monasteries, both Cistercians, and there is the coincidence that they are also considered as the later ones. It does not include any information about its original scriporium or its authors, although due to its similarities with the Blessed of San Pedro de Cardeña, it seems 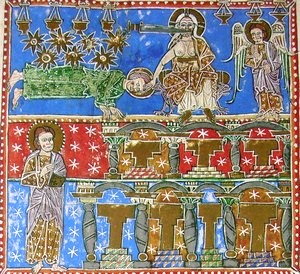 work of this monastery. What is undoubted is that it is a work fully Romanesque, which can be dated to the year 1220 and which was created in the Castilian-lion environment, although with important European influences, which are reflected not only in the style of his images, but also in its iconography.

It is one of the last blesseds, and one of the most sumptuous, with lots of gold, silver and profusion of the use of lapis lazuli. Due to the importance and richness of this work, it is believed that it was a commission of Ferdinand III the Saint to donate it to the female Cistercian monastery of San Andres de Arroyo, founded by King Alfonso VIII and his wife Eleanor de Plantagenet in 1181, as a monastery dependent on Santa María la Real de Las Huelgas de Burgos. It is significant the coincidence of the blesseds of these two monasteries, both of the same time, possibly created in the same scriptorium, of the same family -IIb- and richly decorated, although the characteristics of their images have significant differences, much more Romanesque and European that of Arroyo.

The manuscript remained in San Andrés de Arroyo until the confiscation of Mendizábal in 1836. Later, in 1882, it was acquired by the National Library of France, in Paris, where it is preserved today.

This manuscript is part of the last group of copies of the Commentary to the Apocalypse of Beato de Liébana, created at the end of the third of the twelfth and beginning of the thirteenth century, phase of which we know at least ten blesseds, eight of them illuminated of which three, those of Lorvao, Arroyo and Las Huelgas, were commissioned for Cistercian monasteries, as well as the two unenlightened of Poblet and Alcovaça.

Although it respects the structure of the Mozarabic blesseds of previous centuries, there is no doubt that in San Andrés del Arroyo we find a Romanesque work, possibly the most representative of 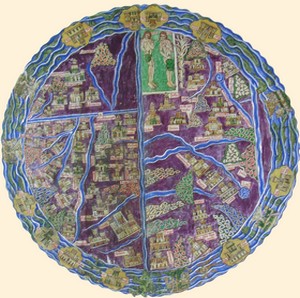 this style in Spain, to the point that some of its images, such as those dedicated to the Last Judgement, have a great similarity with the decoration of some Spanish Romanesque porticoes of the 13th century.

His 69 miniatures, dominated by lapis lazuli blue and gold and silver ornamentation, reflect not only the personality of an artist who, despite faithfully following the tradition of the IIb family, even with some images that seem to indicate that he also knew the I family, he separates himself definitively from the Mozarabic artistic tradition, to present us a figuration totally framed in the Romanesque imagery.

In them he also highlights his taste for detail by presenting, unlike the usual in the other blesseds, the personalized figures with costumes that correspond to the representatives of the different social strata of his time: kings, bishops, knights, monks, craftsmen and citizens in general. This interest in detail is also clearly manifested in the way he depicts stories, which he strives to describe in their minutest details. For example, he is the only Blessed of his family who illustrates in “The Burning of Babylon” the flight of its inhabitants, presenting even some who are leaving the gate of the city within which the flames of the fire are seen.

In this Blessed, the most late dating of all those who have come to us if we excepted the small fragment of the Blessed of Mexico, we meet again 300 years after the beginning of the saga of copies of the Commentary to the Apocalypse, the most significant features of the entire Spanish Altomedieval Miniature: on the one hand a profound respect for the content, structure and message of the original of the eighth century, and on the other a successive updating of the style of its images, based on the multiple previous influences and those that appear over more than three centuries, but always on the basis of a great freedom for the artist, which allows him to express himself in accordance with his personality, which becomes the great differentiating element of the different copies.

In fact, despite maintaining stylistic similarities with other works of the scriptorium of Saint Peter of Cardena, this blessed clearly differs from the last two known works of this monastery. There is an enormous difference in the spirit of its author with respect to the previous ones, which is reflected in a modernity that allows him to translate the whole message of Beato, using without limitations all the novelties provided by the Romanesque artistic expression, including European iconographic elements do not appear until this manuscript in the Spanish miniature. It could be concluded that the Blessed of Arroyo is a gold closing of the tradition of the Spanish blesseds, based on fidelity to the message and artistic freedom. 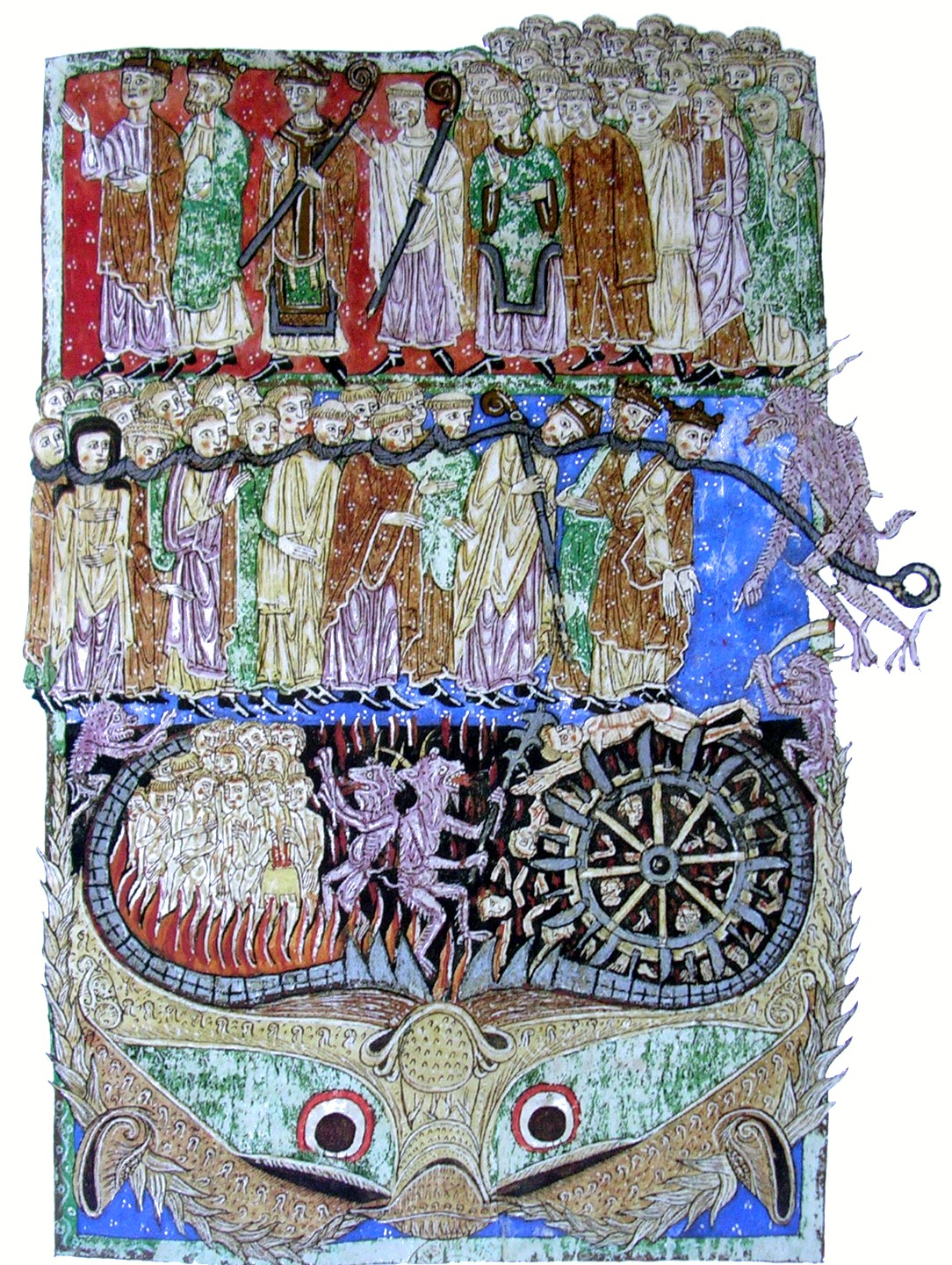 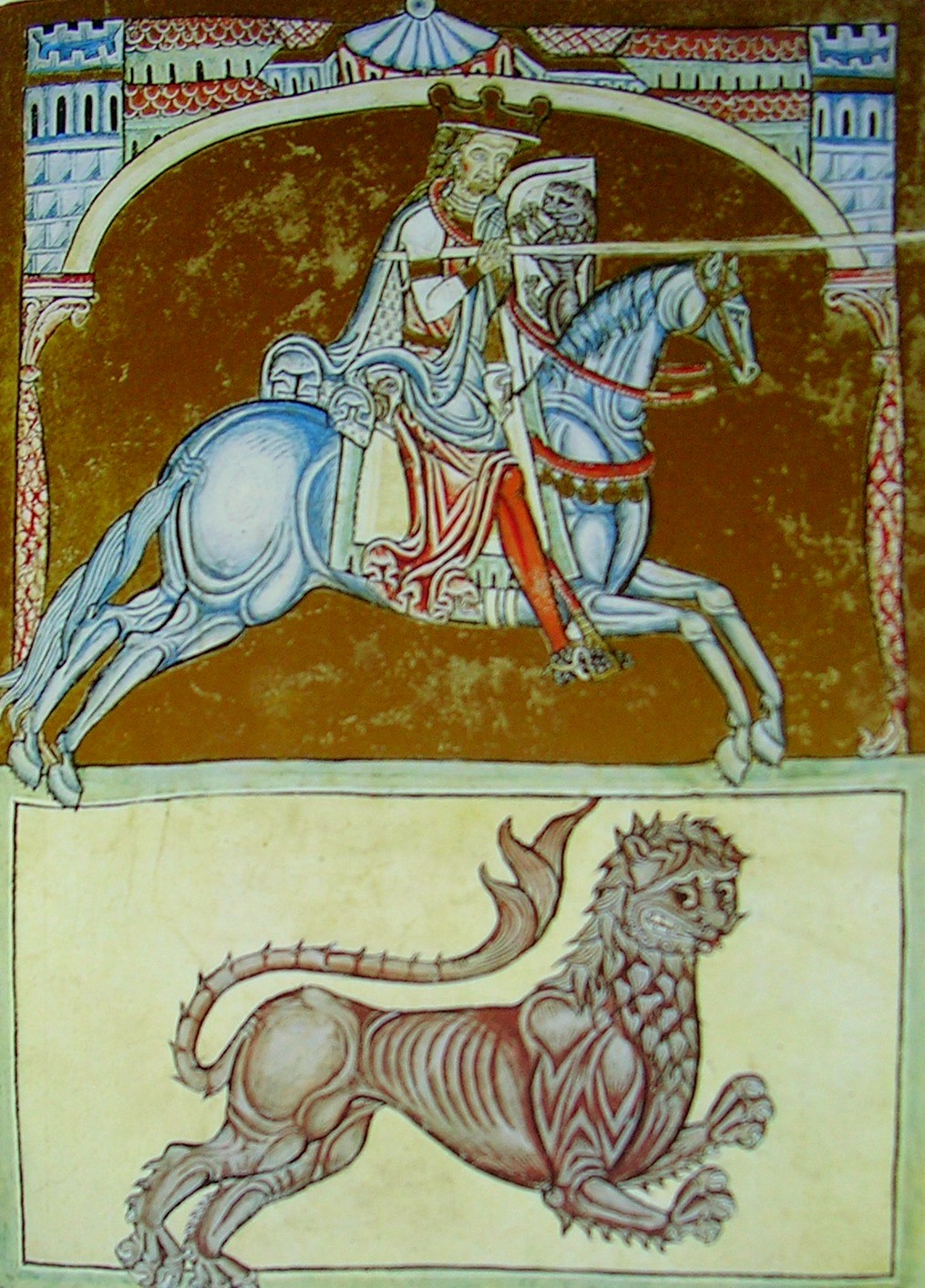 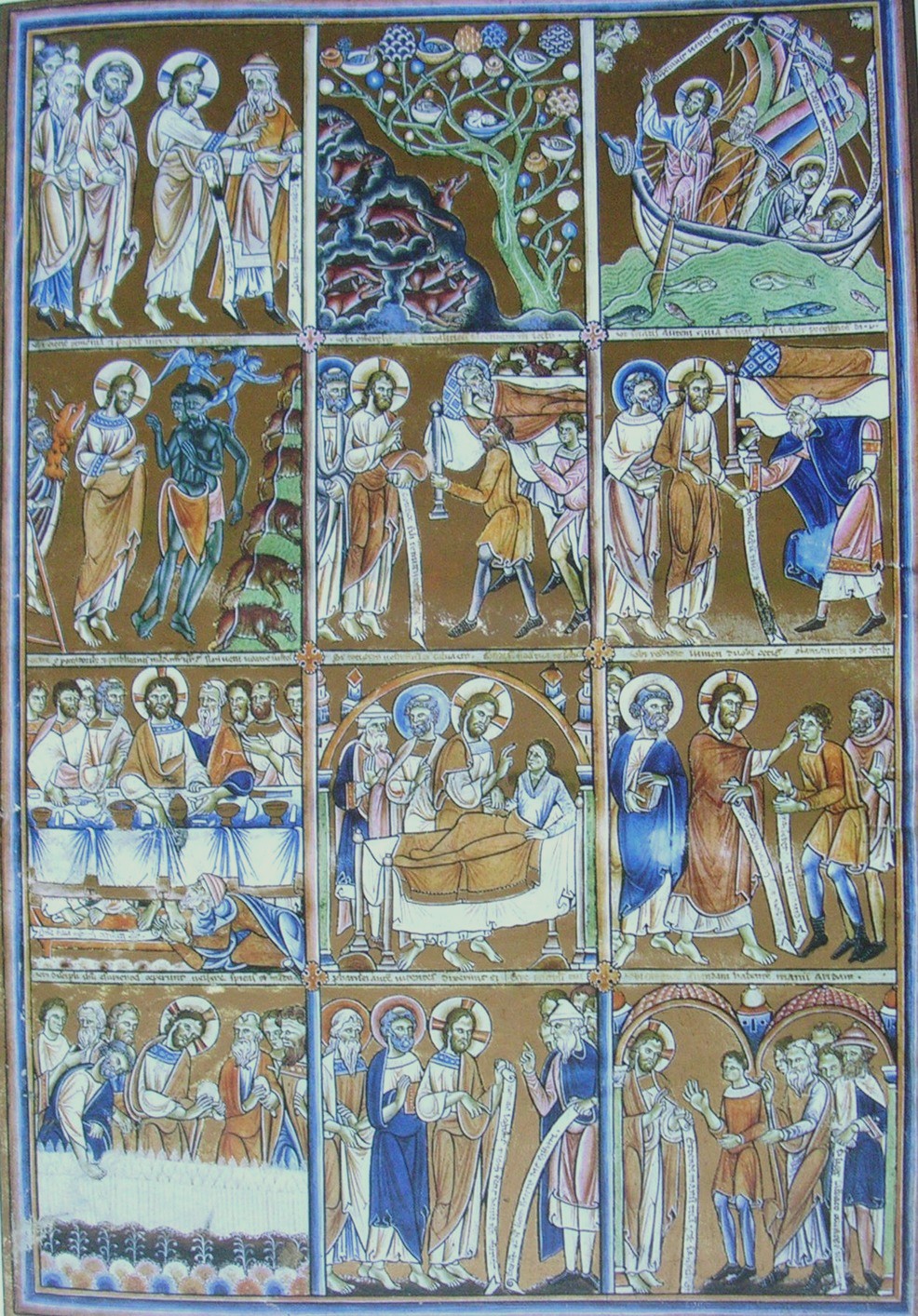 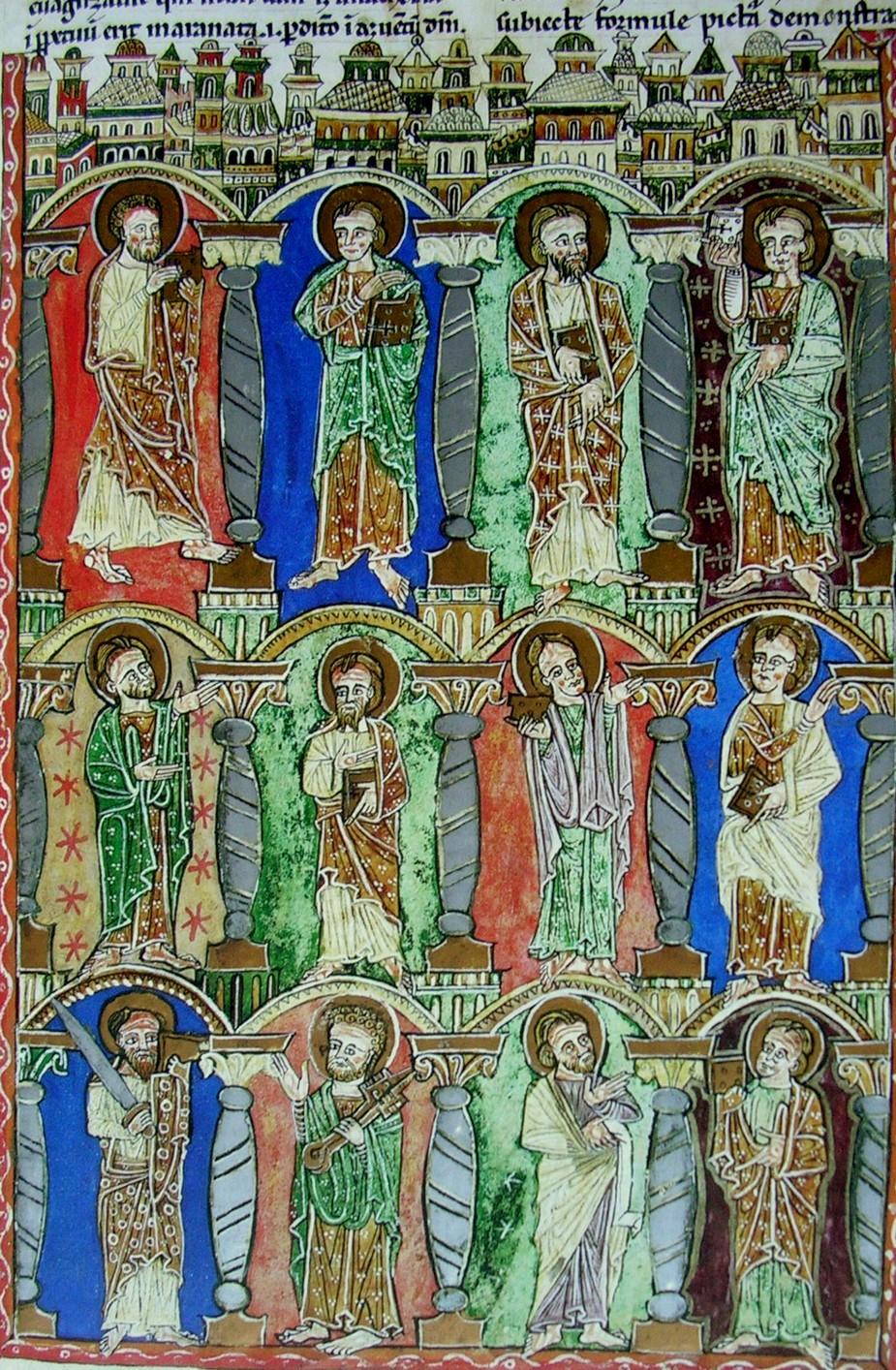 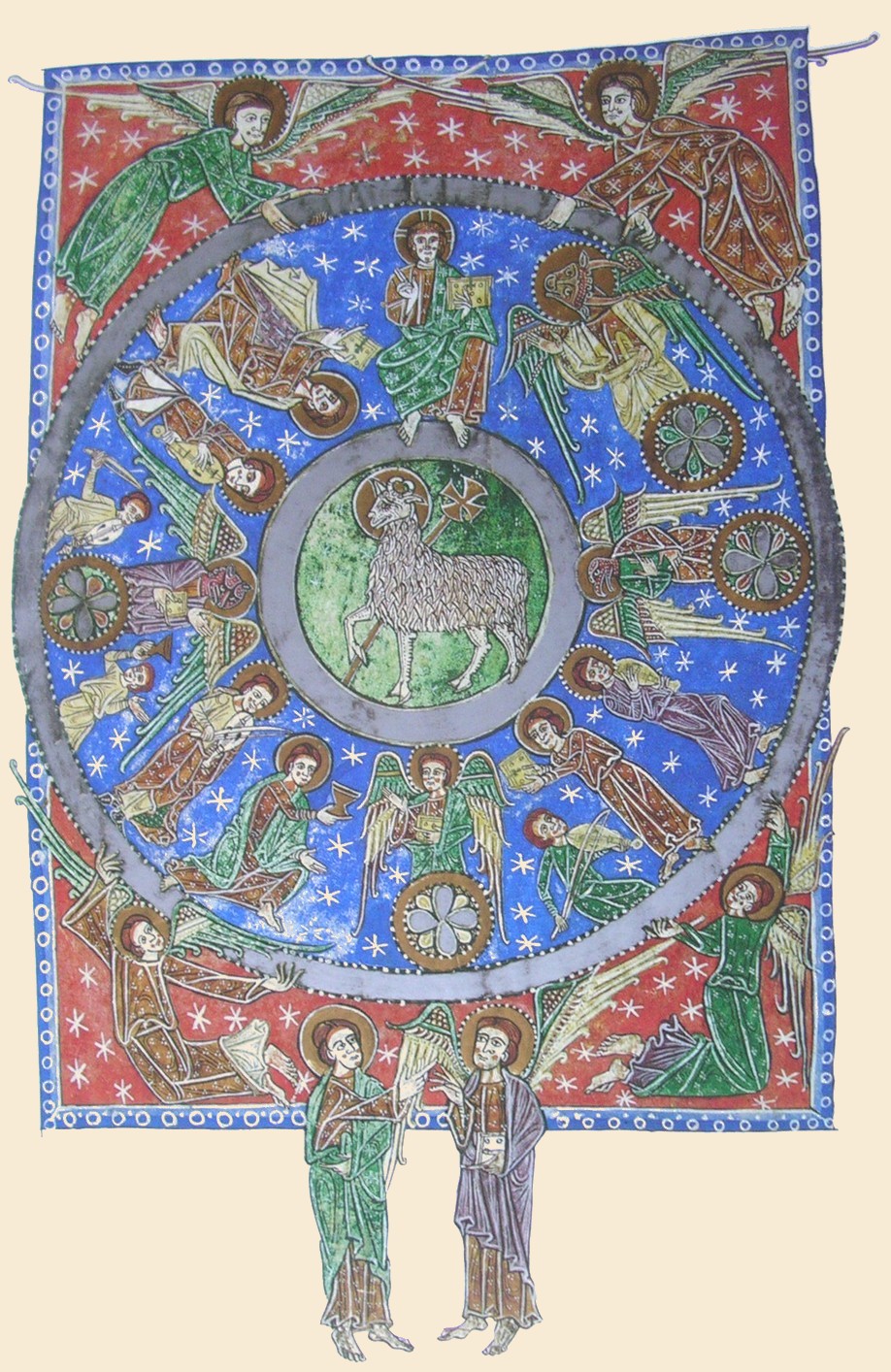 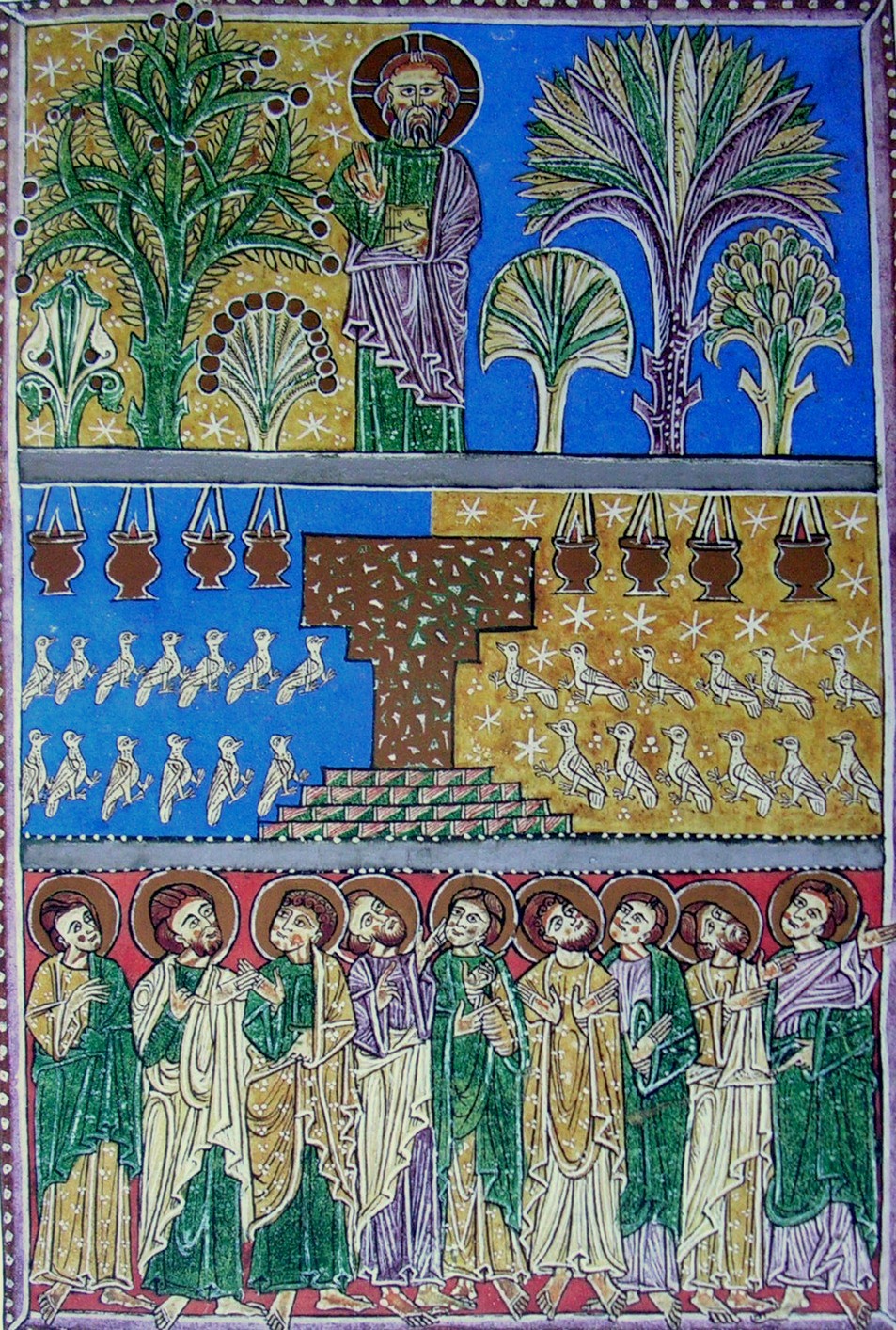 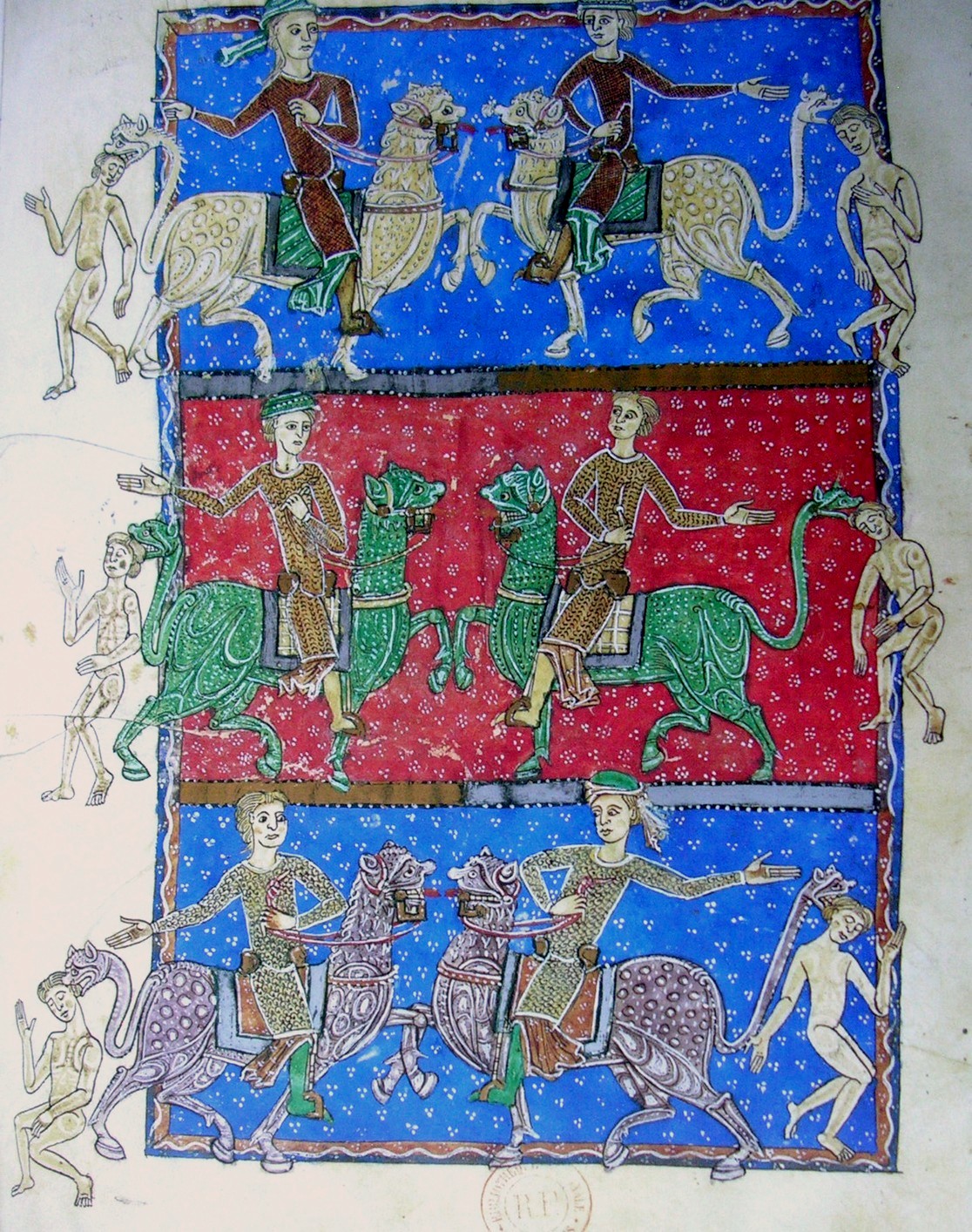 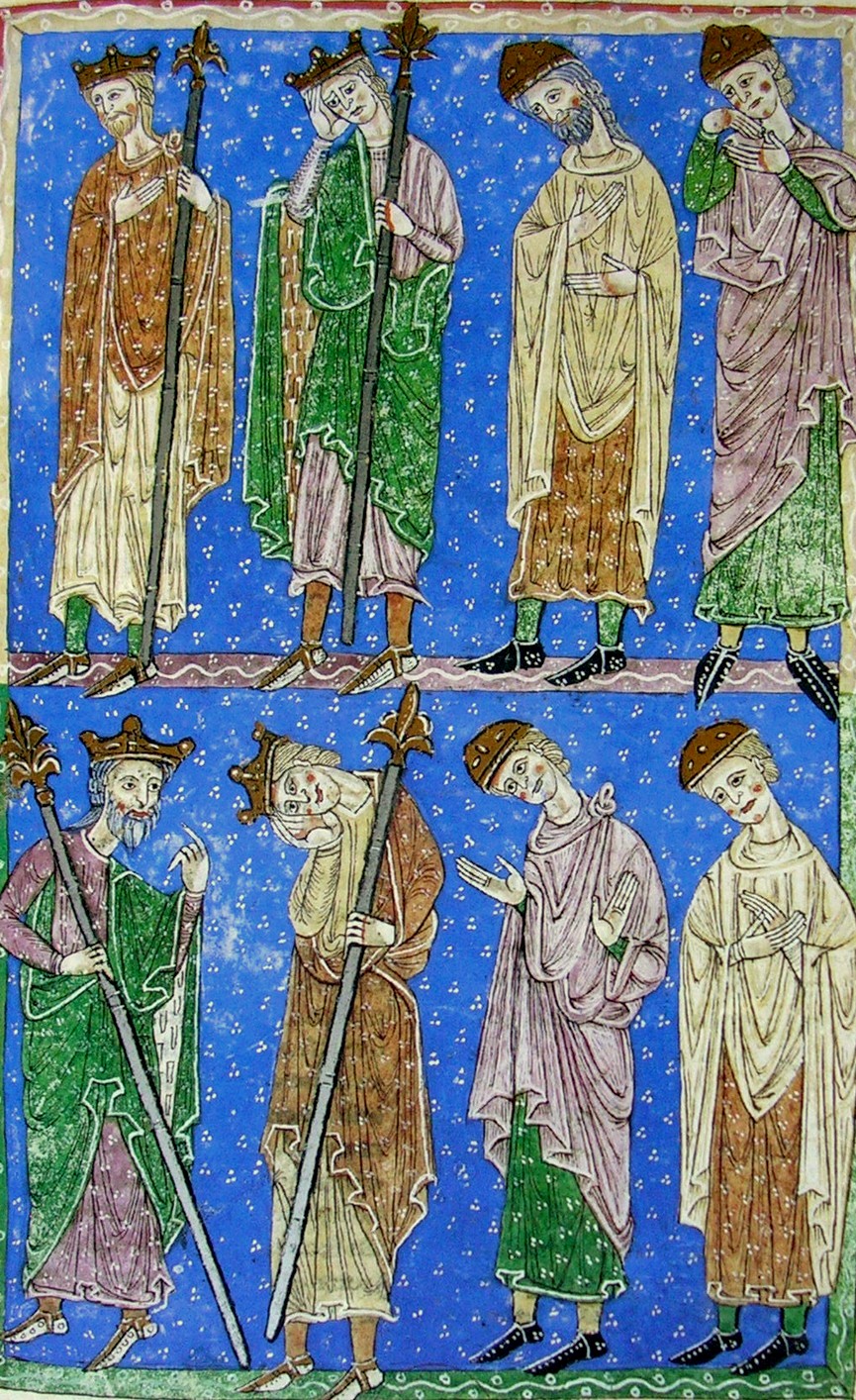 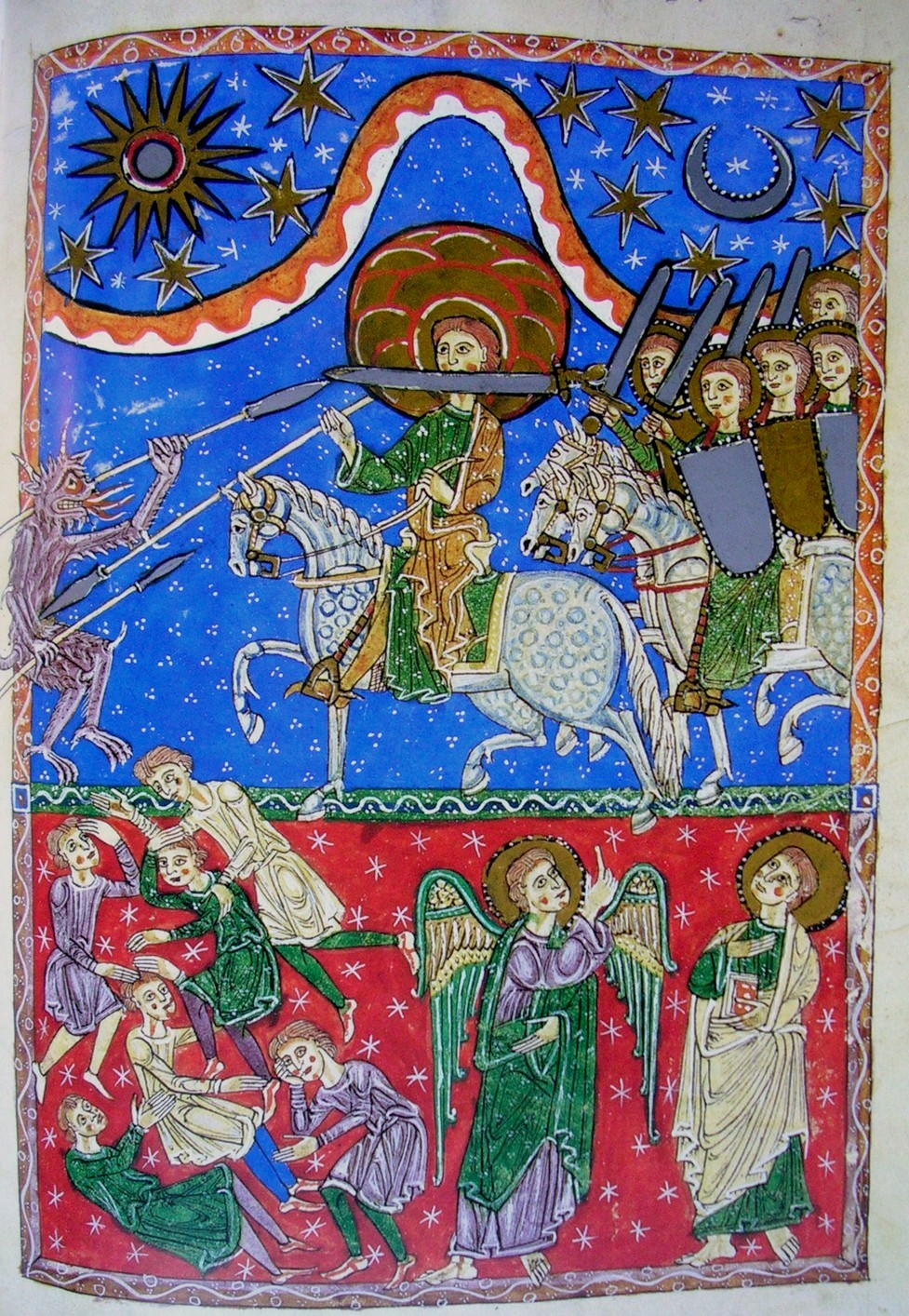