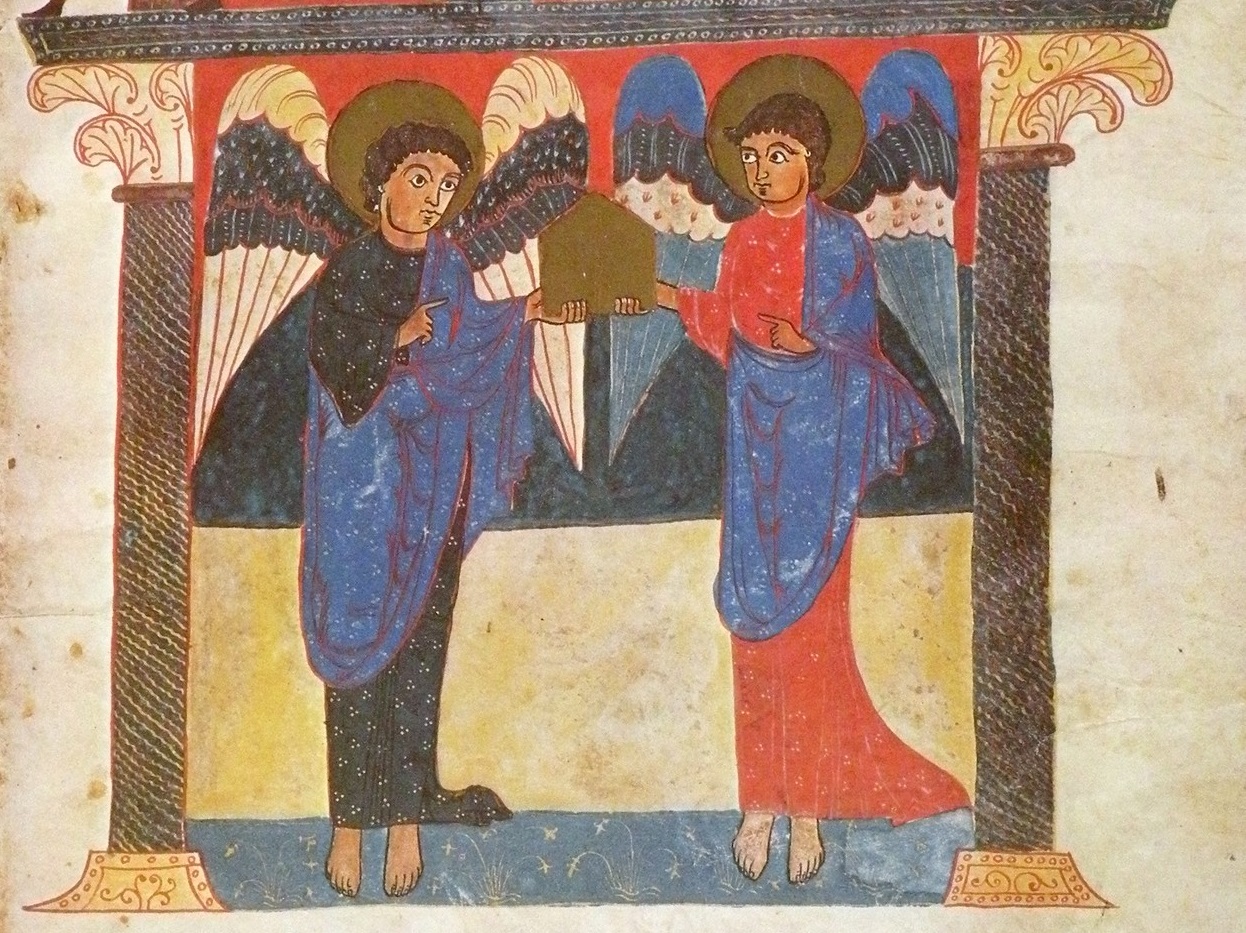 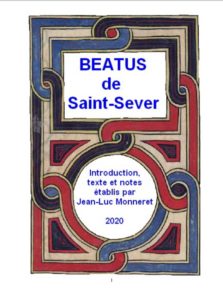 292 folios of parchment, mostly in Visigoth script and the rest in Carolina script with two columns of 35 lines per page.

Study of the Blessed of Saint Sever by our collaborator Jean-Luc Monneret in which all the images of the manuscript have been digitally cleaned. Click the image to access

Copy of the Commentaries on the Apocalypse made in the middle of the 11th century in some French scriptorium in the area of the Pyrenees, dedicated, according to the “exlibris” on the first page, to Gregory of Muntaner, Abbot of Saint Sever from 1028 to 1072, and signed in a column of the “Genealogies” by Stephanus Garsia, a name that evidently corresponds to a Spanish monk, although in addition to this copyist and main illuminator, experts have recognized at least three other authors who, apparently, they worked distributing the pages of an original that could not be identified. 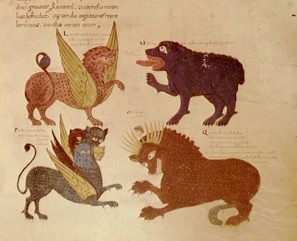 of its church and, next to it, that of the ducal palace of Gascony, appear in the area of Vasconia of its Mapamundi, one of the most complete and interesting of all the preserved blesseds.

This theory is reinforced by the fact that the abbey was founded in 988 by William Sancho, Count of Gascony and his wife Urraca sister of Sancho III the Major of Navarre. Because of this relationship with Pamplona, it seems possible that a Blessed from a Spanish monastery arrived in Saint Sever in his early days and that years later, in a time of great splendor of this abbey, Gregory of Muntaner decided to make a “modern version” in its own scriptorium, maintaining the content and structure but reflecting new artistic trends.

This theory is reinforced by the fact that the abbey was founded in 988 by William Sancho, Count of Gascony and his wife Urraca sister of Sancho III the Major of Navarre. The manuscript has come to this day with the arms of Cardinal de Sourdis, archbishop of Bordeaux in the 16th century, so it is thought that it was given to him before the sacking of Saint Sever by the Huguenots in 1569. In the 19th century, after having been for an indeterminate period in the Library of Saint Germain des Prés, it passed to the Imperial Library, now National Library of Paris, where it is preserved in very good condition.

We are faced with a truly exceptional work in every sense. From the point of view of the Spanish altomedieval miniature, although there is no doubt that it is the copy of a Spanish manuscript and that its main author was also Spanish, it is not only the first Beato fully Romanesque, but it’s also the only one we know of created outside of Spain. But even more atypical is when compared with the French manuscripts of that time. In fact, the fact that it is the only case in which a Spanish book of such importance is copied in France, respecting its structure and 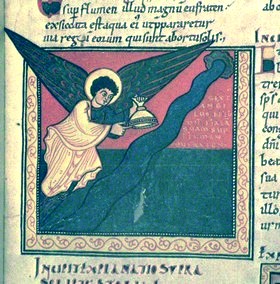 content, the particularity is added that, although its style is comparable to that of some illustrated manuscripts in the south of France at the end of the eleventh century, its large number of miniatures clearly differentiates it from all of them, which did not exceed a score of illuminated pages.

Another interesting fact to note is that the text of the Blessed of Saint Sever -which includes the Commentaries to the Apocalypse of Beato de Liébana and those of the Book of Daniel of Saint Jerome- corresponds to the first textual version, which is considered dated in the year 776, according to the classification generally accepted by the experts. It is written mostly in Visigoth script -possibly the part that the Spanish monk who signed it copied, which seems likely to have come from some scriptorium south of the Pyrenees- and the rest, perhaps developed by several monks of Saint Sever, already in Carolina script.

It is much more difficult to determine to which pictorial version the original that has been copied belonged, since while in some miniatures are recognized characteristics of the family I, others can be considered as family II. Apart from our reservations about this type of classification, which seems to ignore the number of Blesseds who disappeared, including the one that gave rise to Saint Sever’s, which would probably have generated a very different system of relations, we think that the special characteristics of this work are largely due to the change in style and the high quality, knowledge -both artistic and on sacred texts-, and creative capacity of Esteban García, that allowed him to develop in many cases modified versions of the old illustrations and in others to add new images, not existing in the previous Blesseds known, creating an exceptional work that opened new avenues for European early medieval iconography and significantly influenced later Romanesque painting and sculpture. 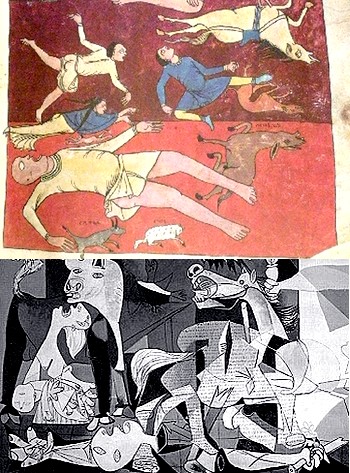 this Blessed is a clear exponent of the spirit of integration existing throughout Western Europe at the end of the first millennium which, driven by the Gregorian reform and the expansion of the Cluniac order, allowed multiple cultural trends to merge into an art of union such as the Romanesque. Indeed, in it we find represented the Visigoth-Mozarabic liturgy, in a monastery of Spanish-French origin, which possibly used this liturgy until the arrival of Gregory of Muntaner, Abbot of Cluniac provenance who established in him the rule of St.Benedict at a meeting of bishops and abbots in the year 1065. This happens possibly a few years after having commissioned the copy of this manuscript, at a time when millennial terror has already disappeared and when the reading of the Apocalypse between Easter and Pentecost ordered by the Fourth Council of Toledo is no longer obligatory. However, the work of Esteban García, which preserves the structure and spirit of the previous exclusively Spanish culture, but which is already fully integrated into the new times and is expressed in another artistic language, turns out to be a clear reference for later iconography, not only in miniature, but also in European painting and sculpture, and begins a series of new Blesseds created in Spain and Portugal until the 13th century, most of them in Cluniac and Cistercian monasteries.

Within the analysis of the influence of the Blessed of Saint Sever in later art, we cannot fail to point out the coincidences that can be found between Picasso’s Guernica and the miniature entitled “The Flood”, which we present in Slide 6. Already in the introduction to the Spanish altomedieval miniature and in the file of the Sacred Bible of Leon we comment on the possible relationship between the Spanish manuscripts of that time and the European art of the early twentieth century, especially with the cubist Picasso. In this case the relationship seems to us even more evident, especially considering the research spirit of Picasso and all the possibilities that had such a famous and respected artist, who also resided in Paris, to study in his National Library this manuscript.

Iluminador: Stephanus Garsia and others 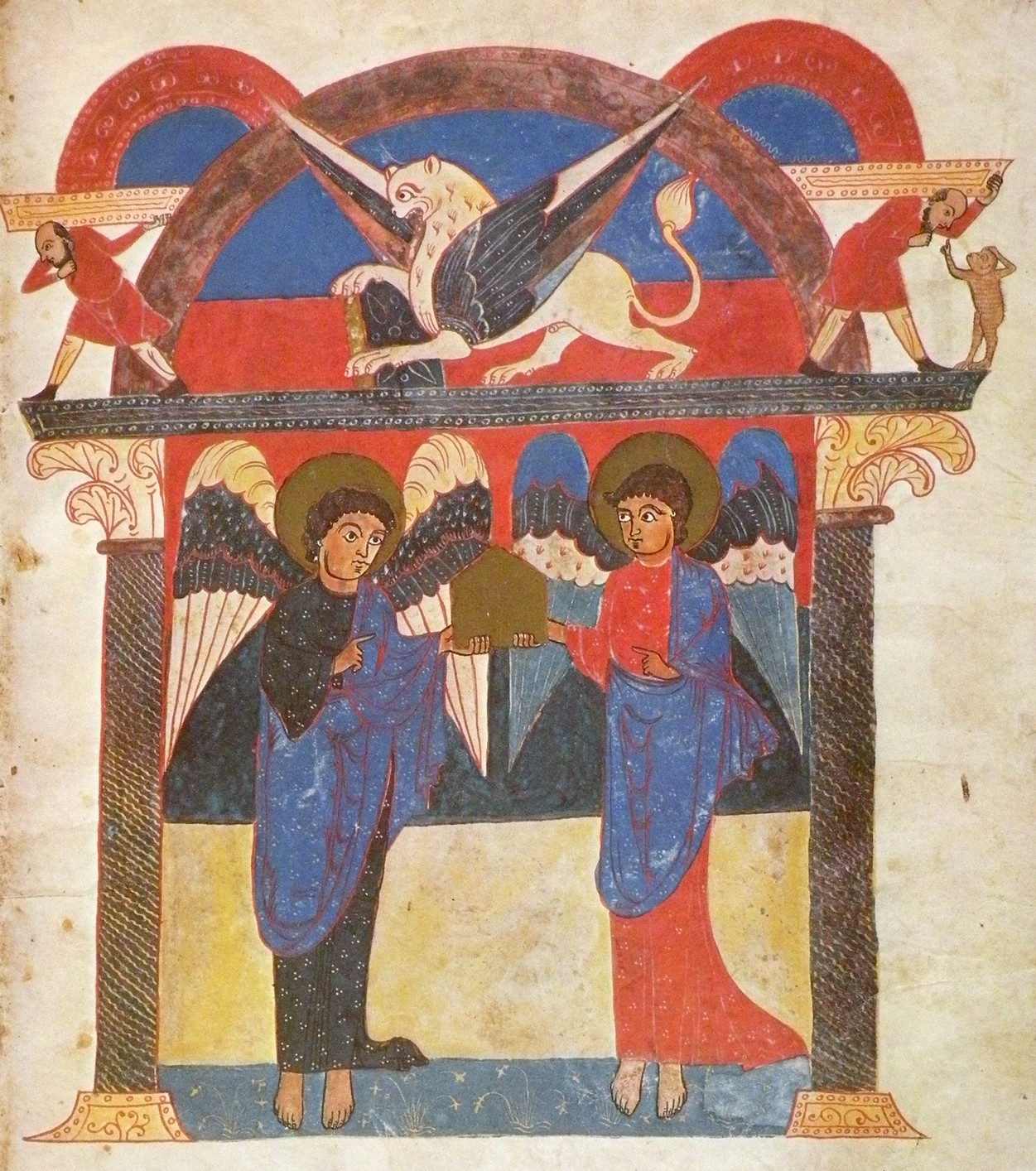 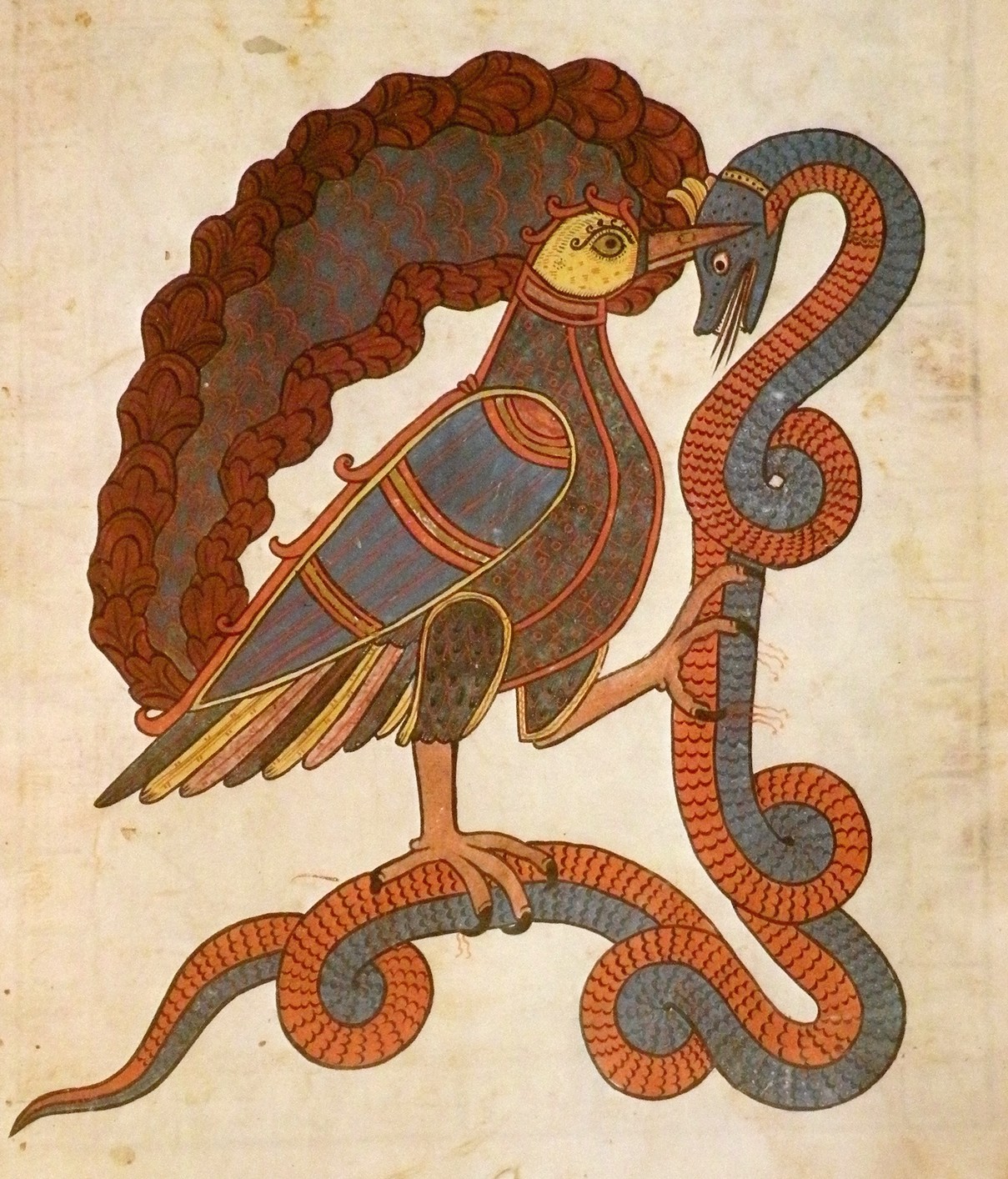 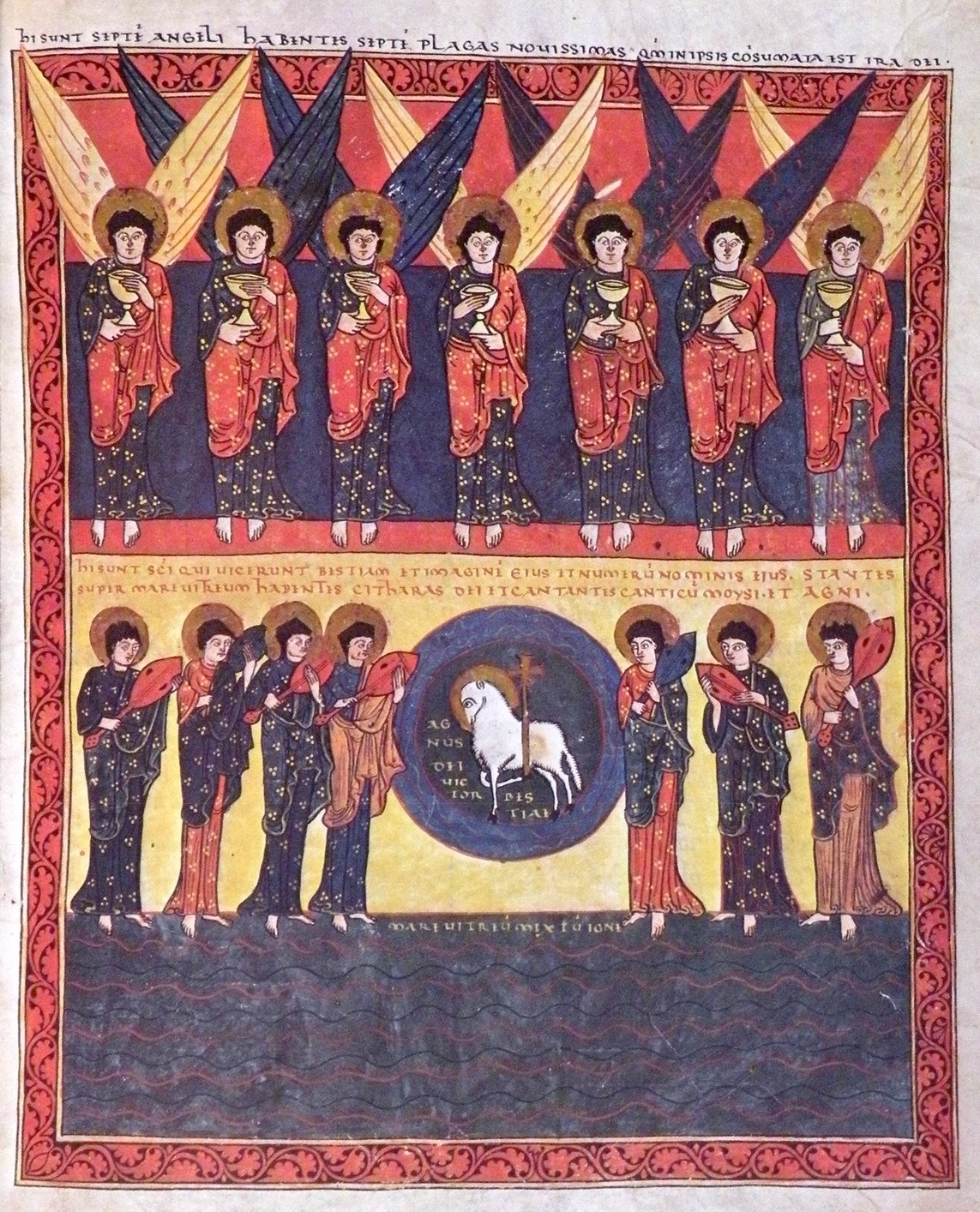 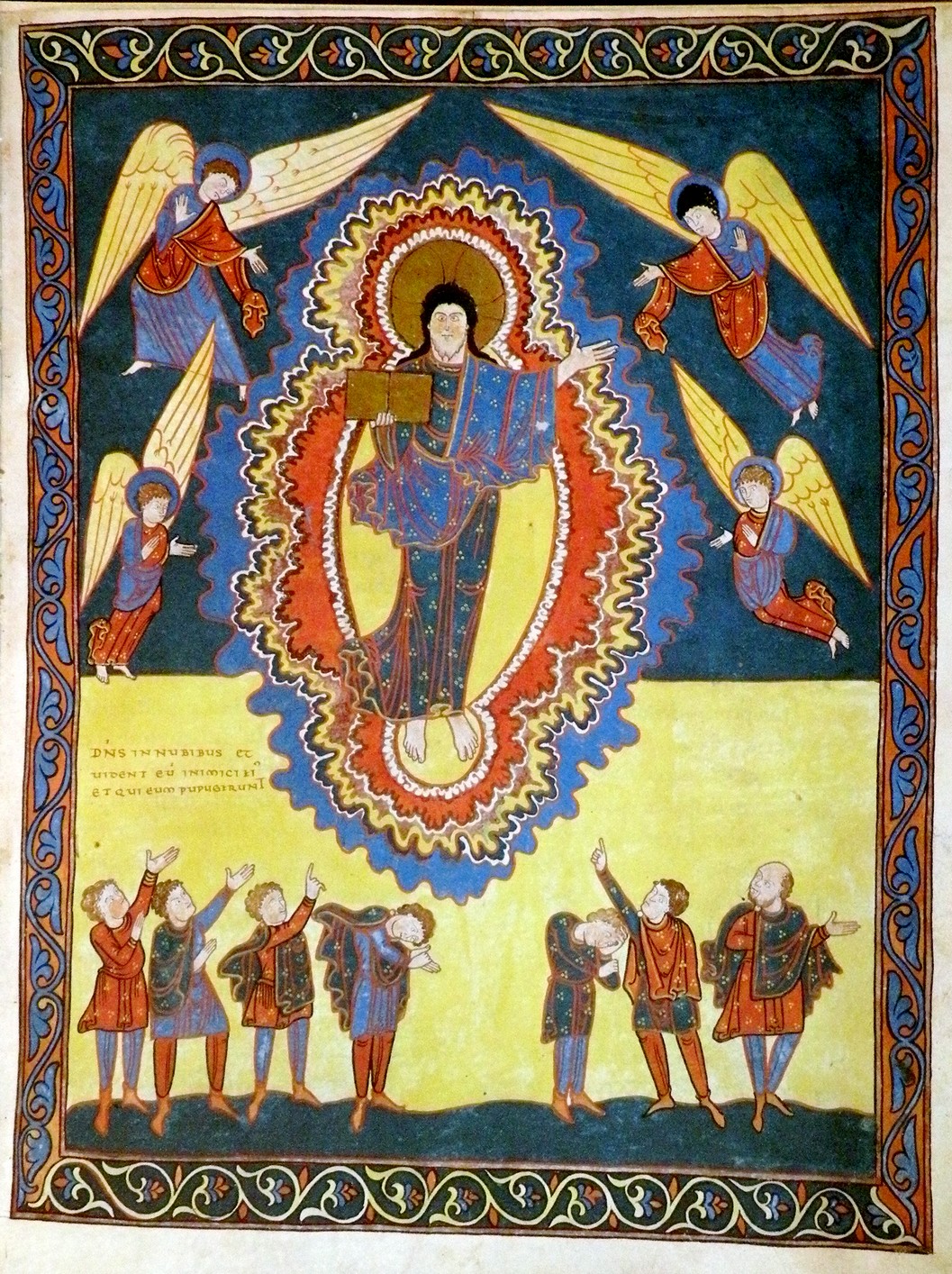 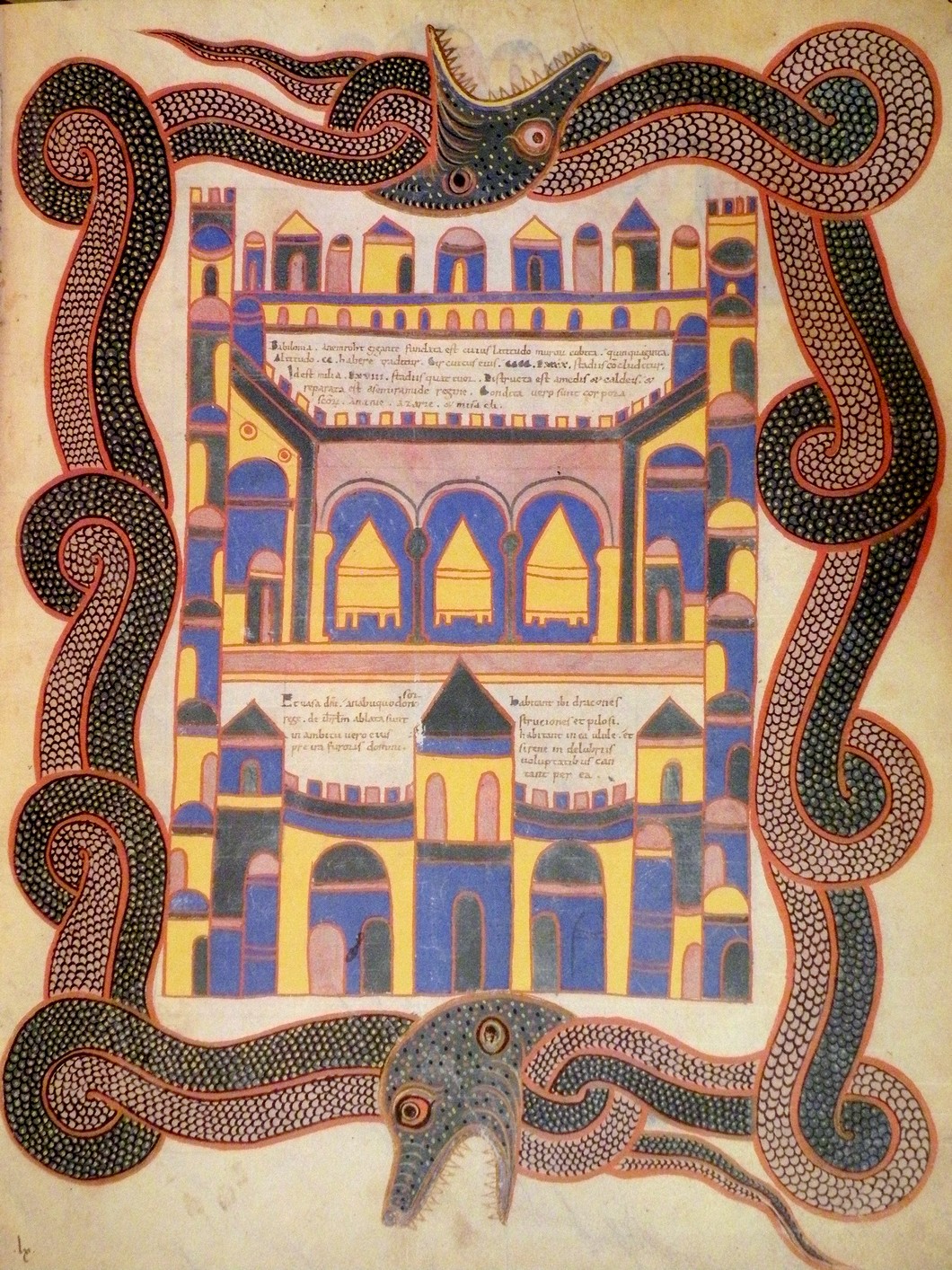 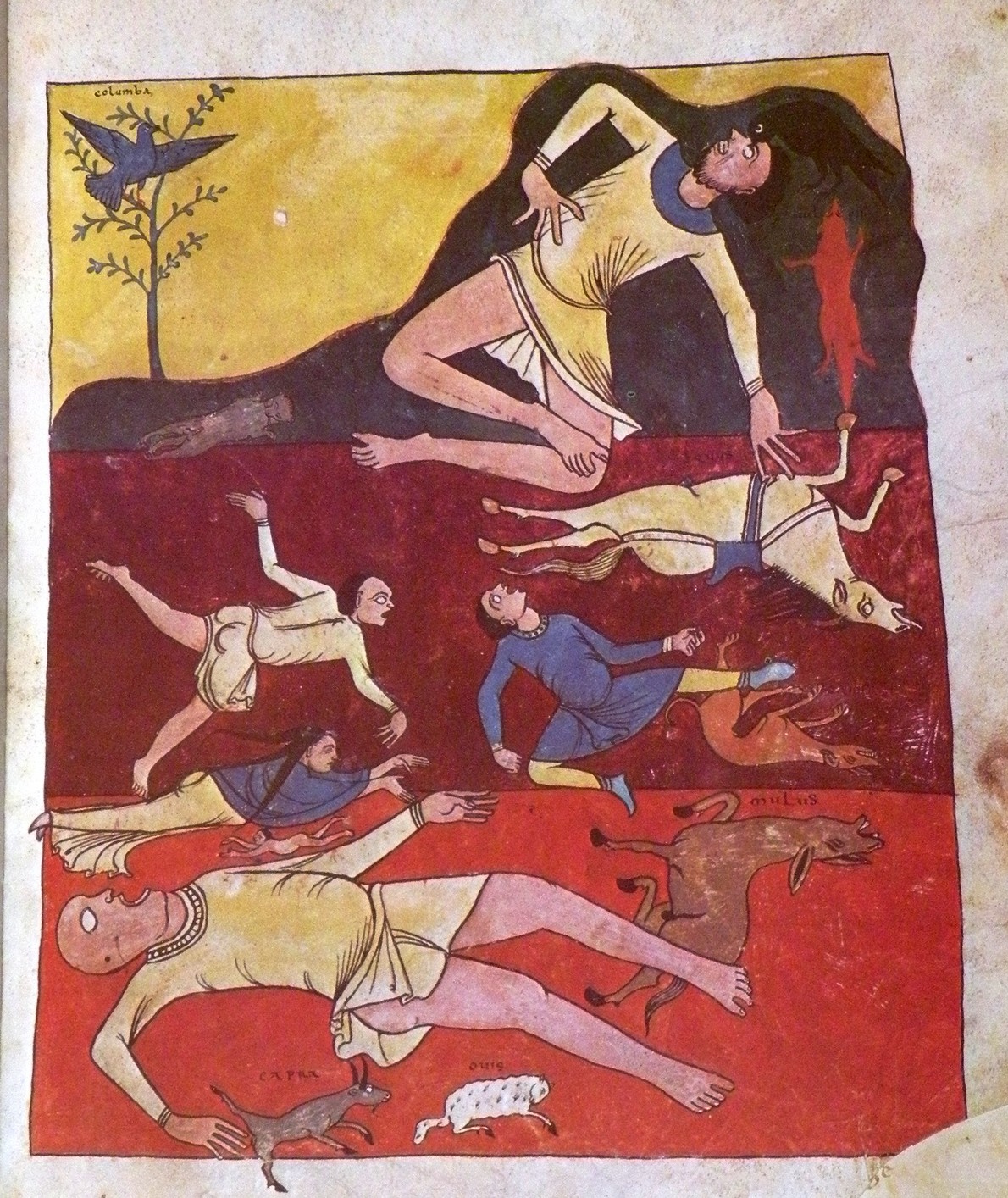 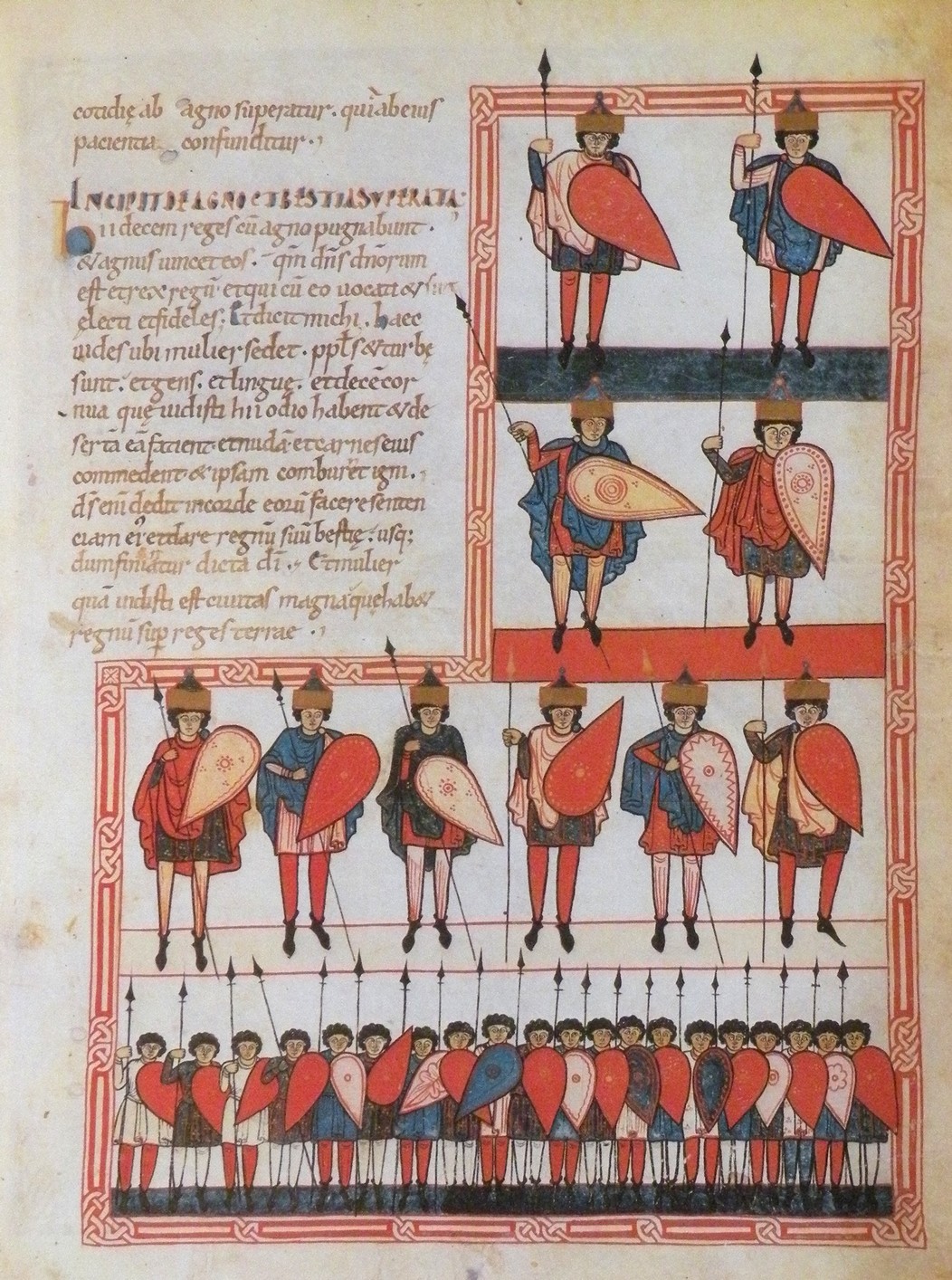 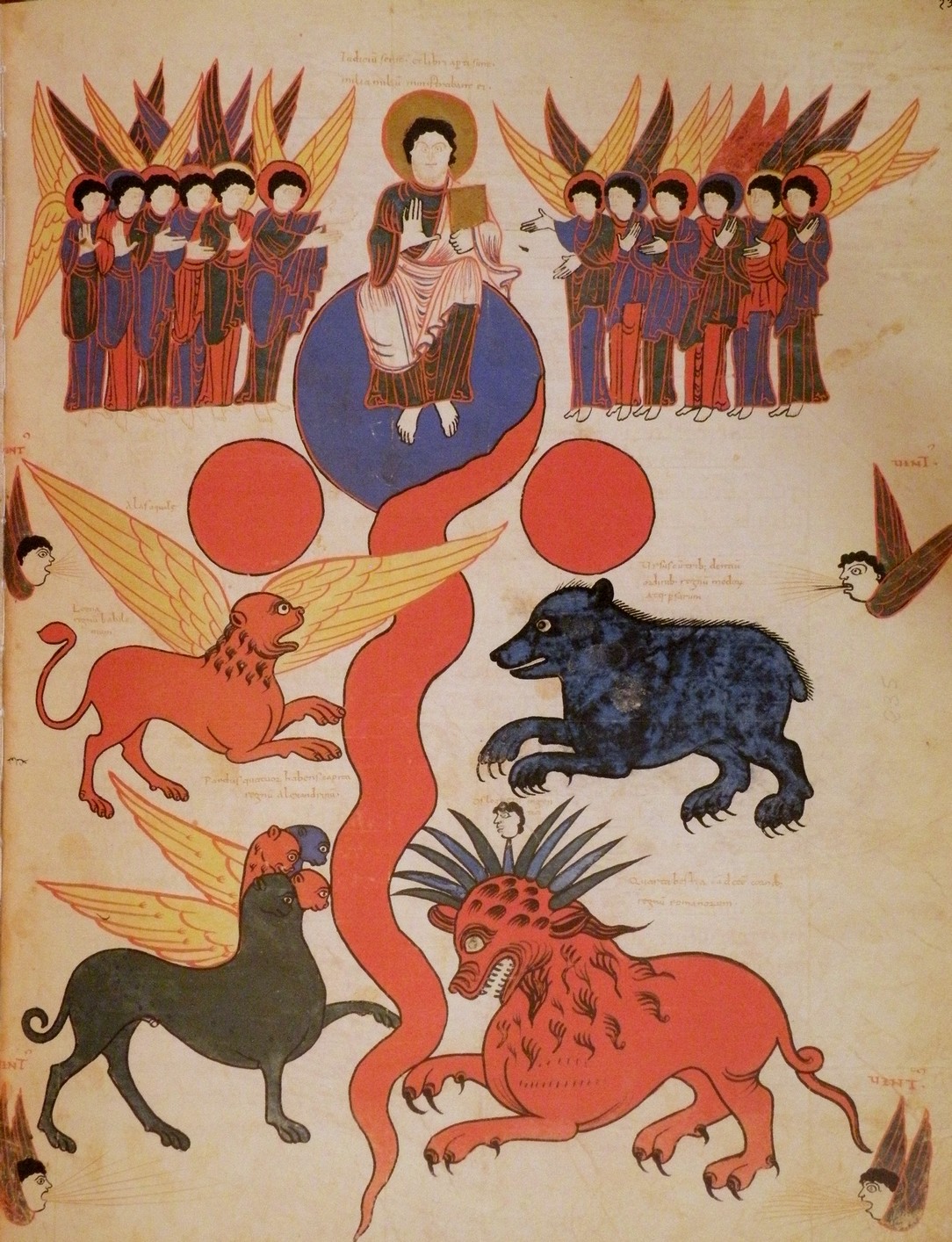 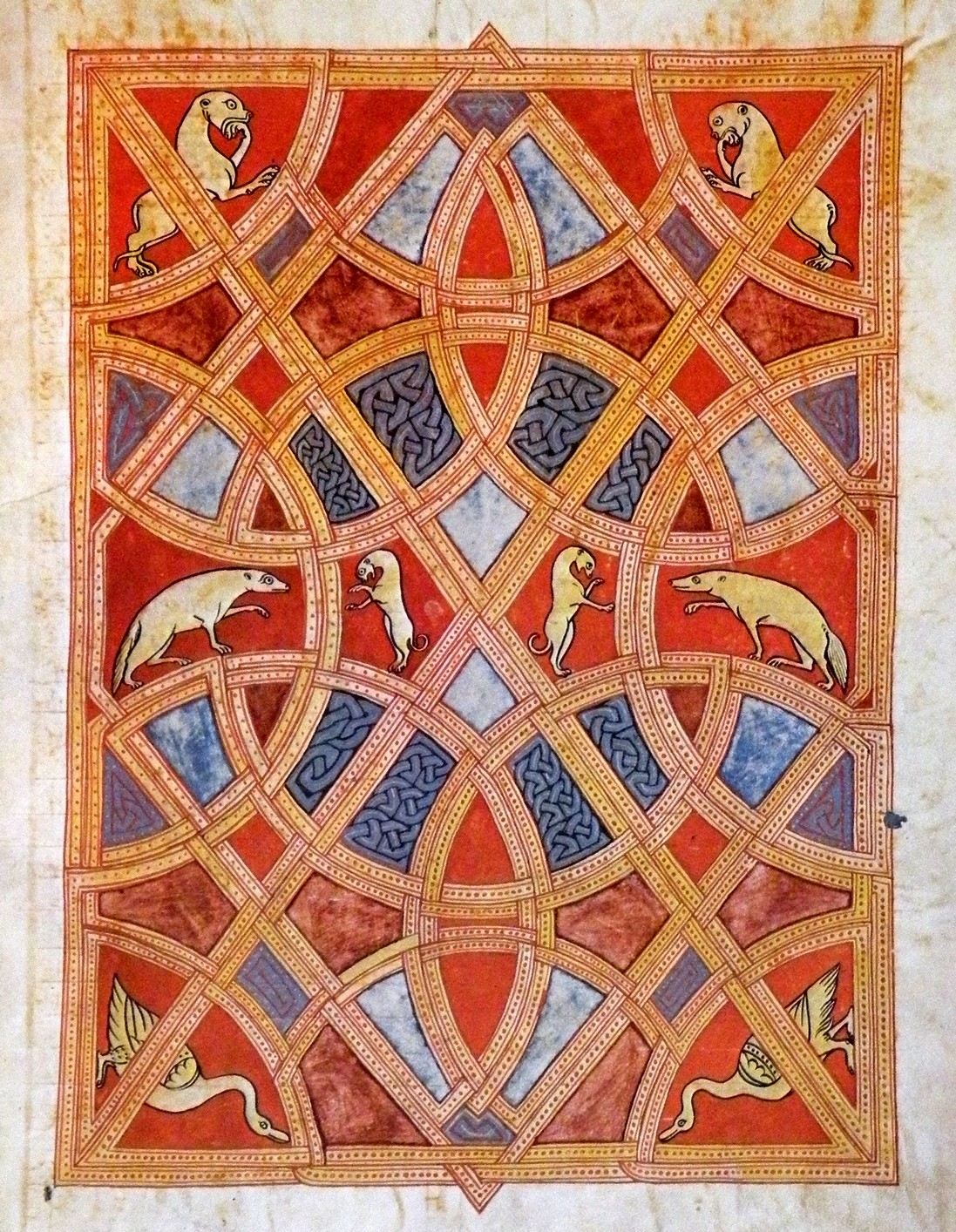 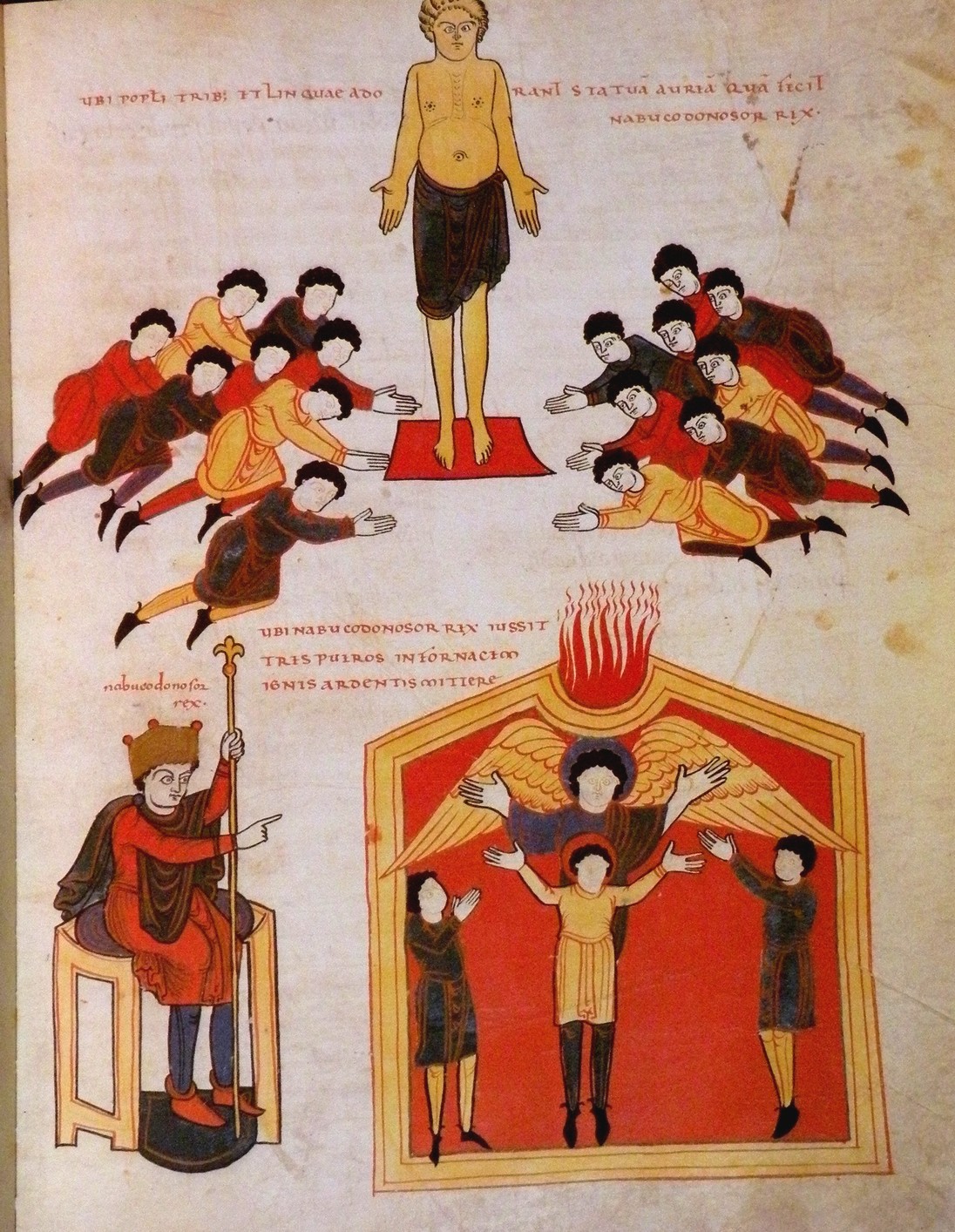 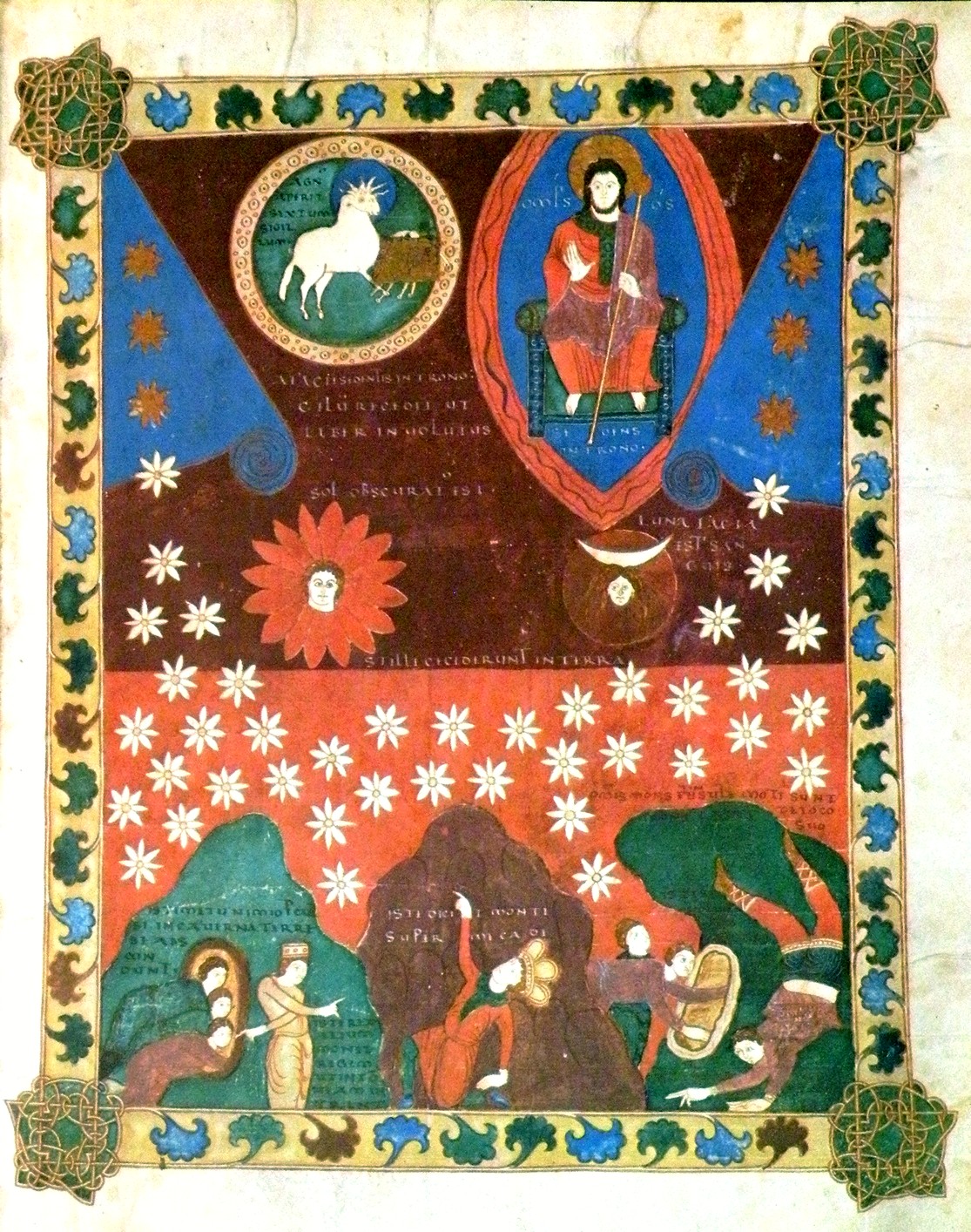 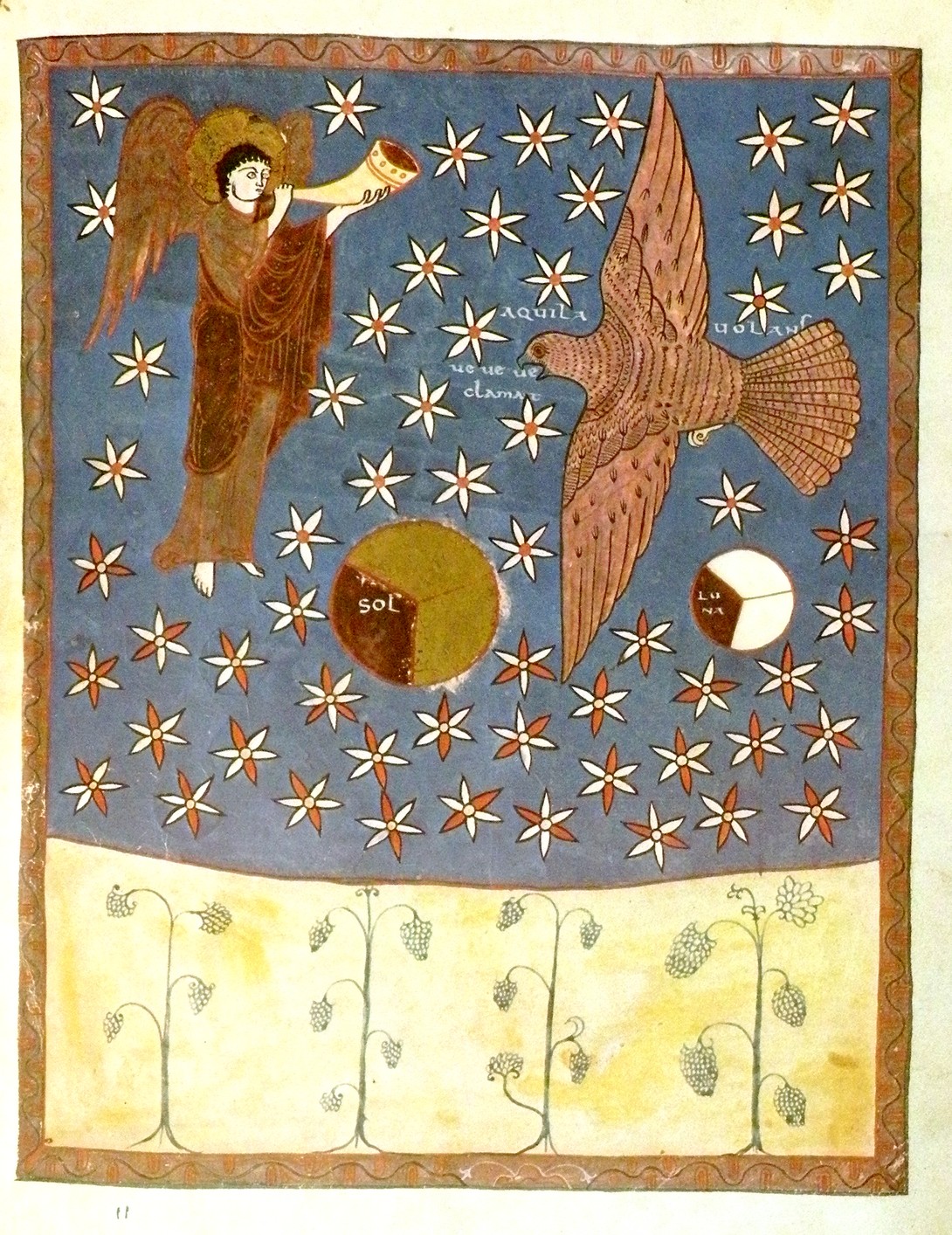 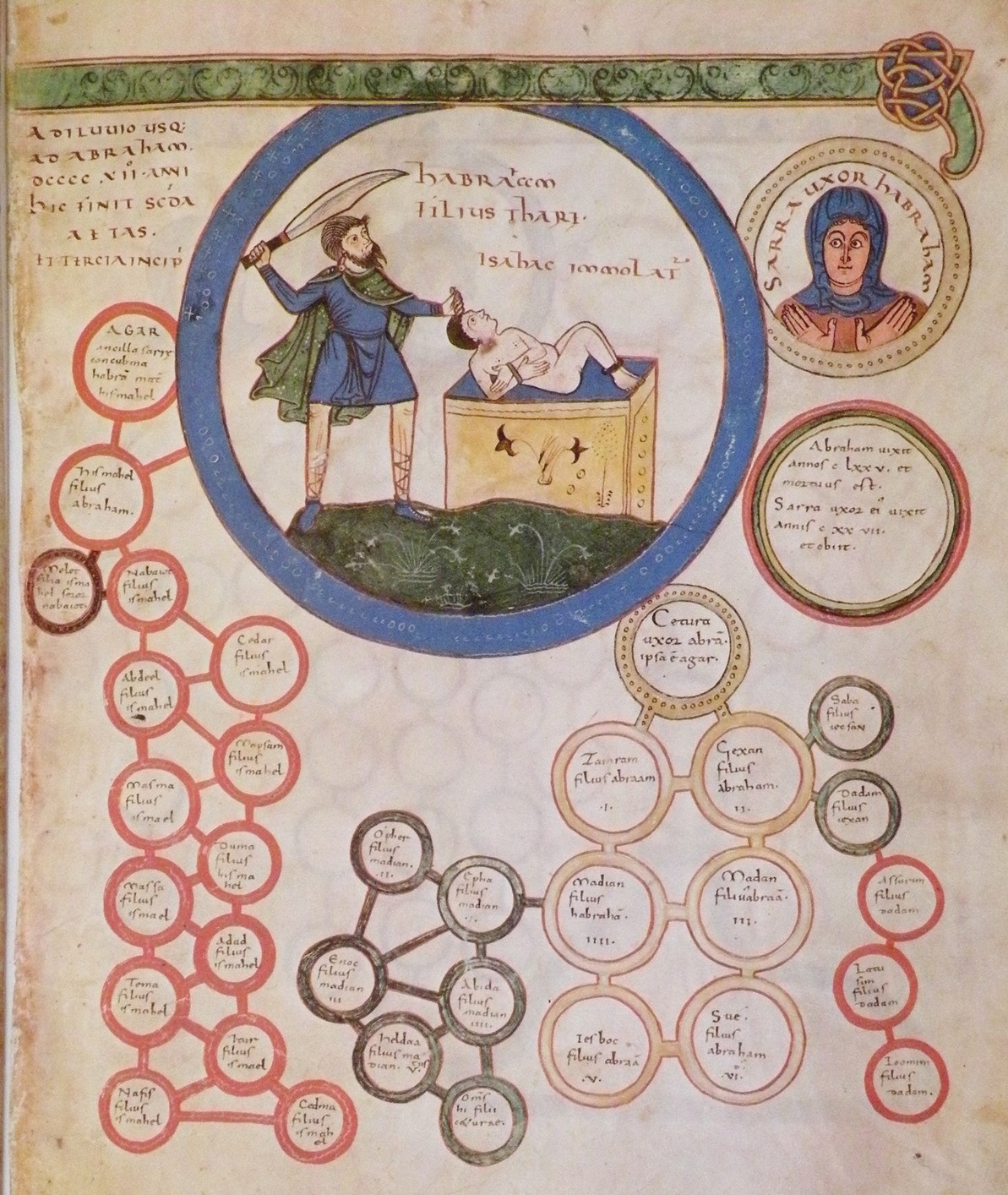 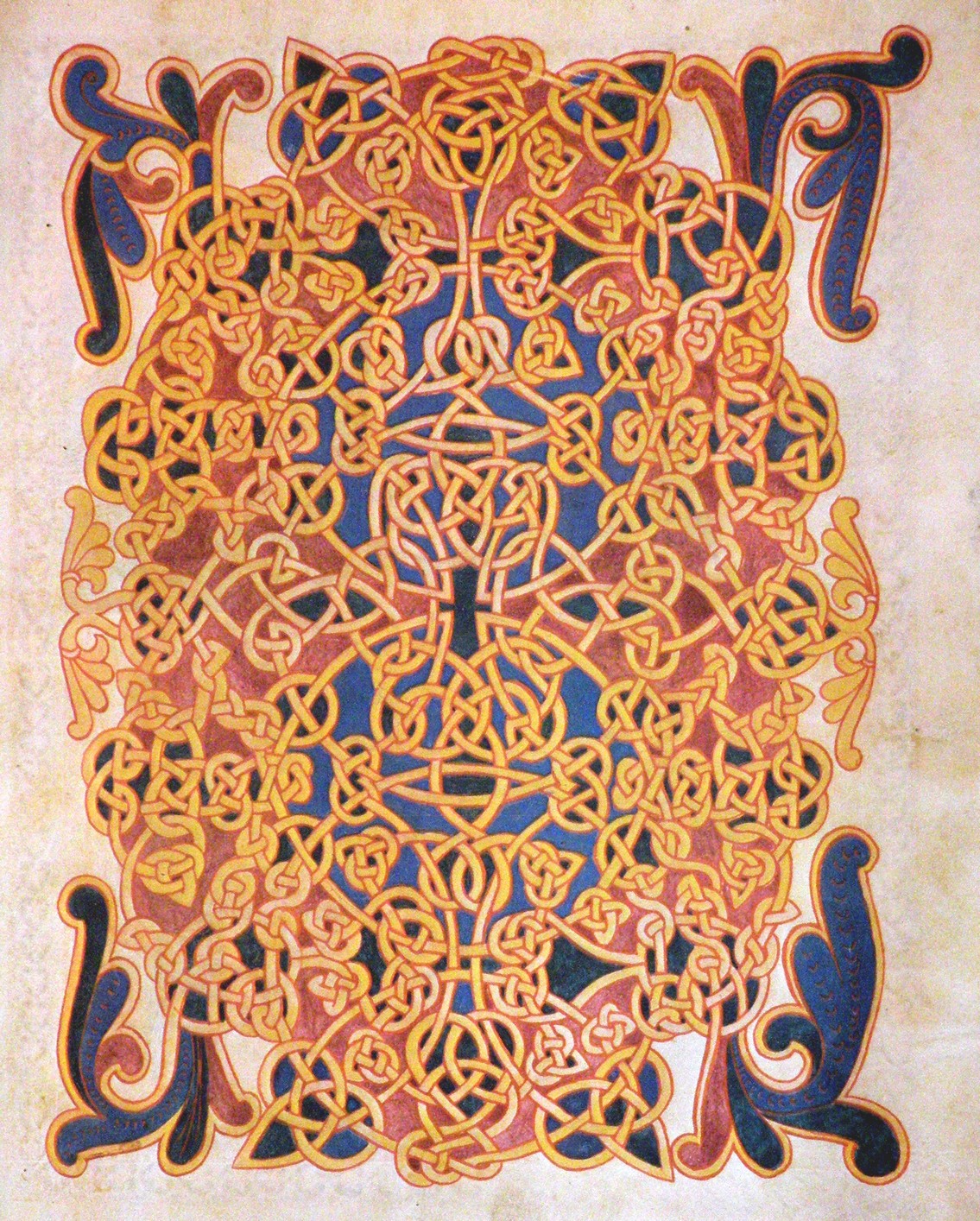 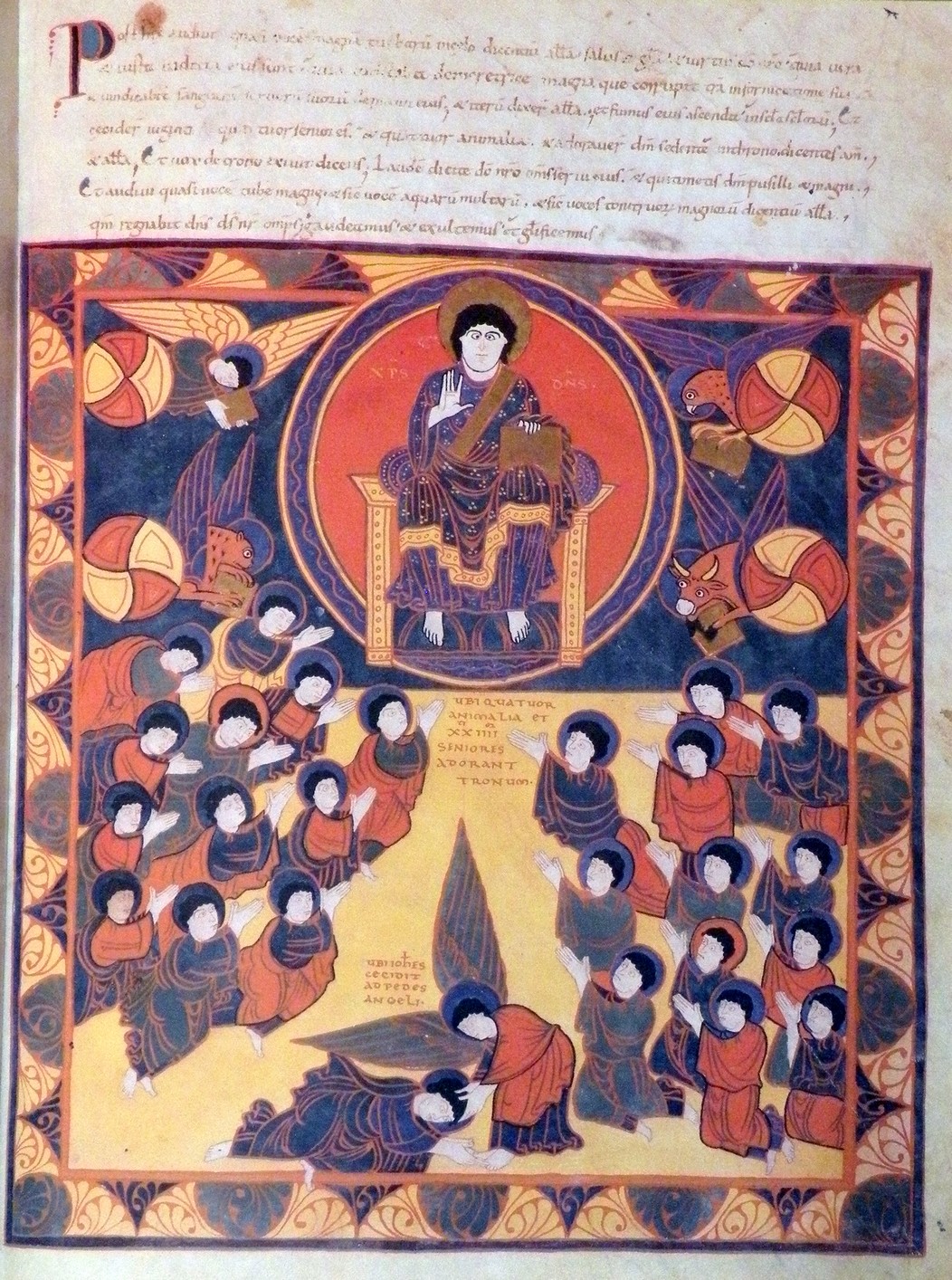