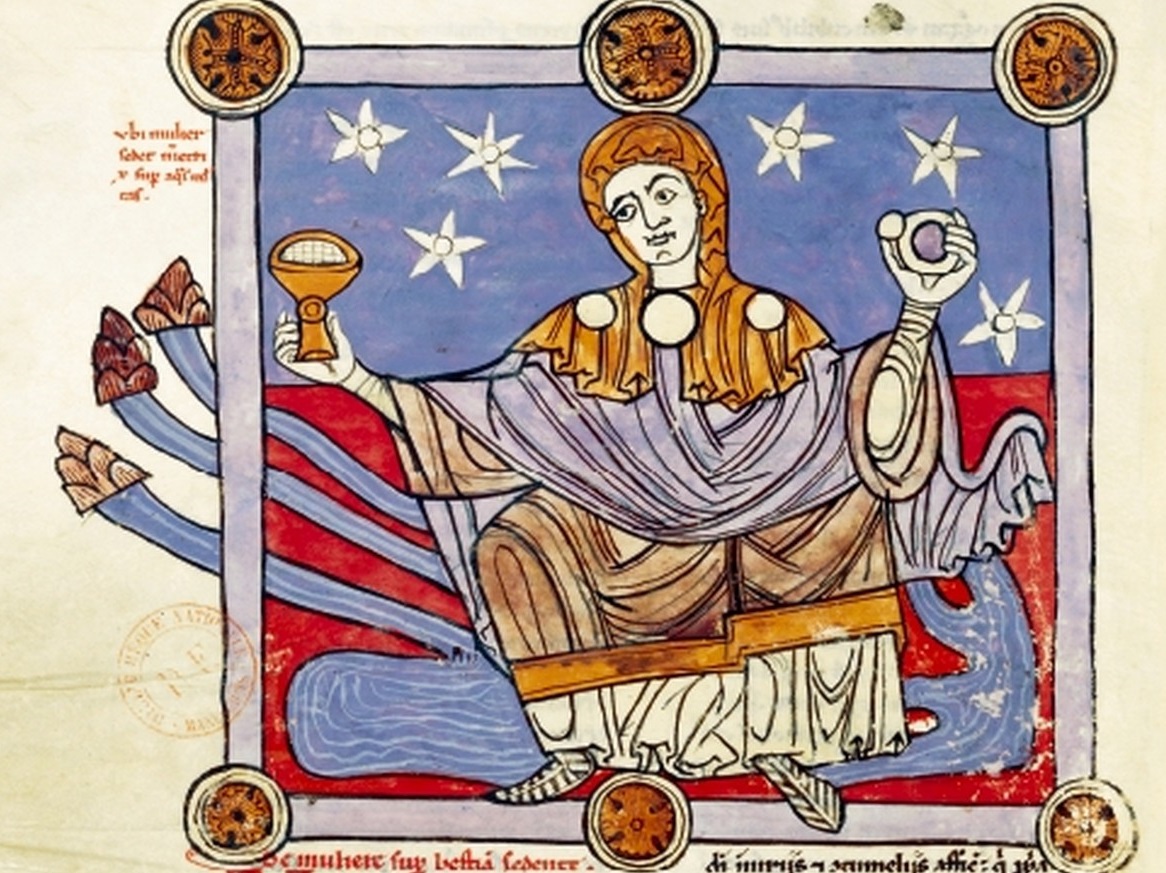 It is a codex that, both for its writing and for its images, has always been considered as of Spanish origin. We know, thanks to the news about him given by the Jesuit Fr. José Moret, that in the seventeenth century still existed in the 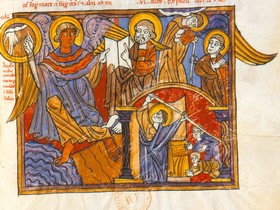 Pamplona Cathedral Library a ‘Beato’, which disappeared on an unknown date. In 1897, a manuscript of the same type, after passing through several hands, was sold to the National Library of France in Paris. In a later study it was discovered that this blessed had attached inside one of its covers a document signed by King Charles III of Navarre in 1389, which clears any doubt about its coincidence with the blessed that existed in Pamplona. We have no news about how he had arrived at the cathedral of Pamplona.

Its origin is unknown, since some experts suppose its origin in a monastery in Navarra or the French Pyrenees, while others associate it with the Silos environment, although due to the special treatment that is given on their world map to the city of Astorga, which is the only one that is indicated as inscribed in a cogwheel, one could also think that it was commissioned, possibly to a Leonese or Castilian scriptorium, for a church in that diocese. However, taking into account that it corresponds to the first pictorial version, like the Blessed of San Millán and El Escorial, both created in the Emilianense monastery at a time when it belonged to the kingdom of Navarre, it seems reasonable to consider its origin as more probable. Navarre or Rioja, in both cases in the surroundings of San Millán de la Cogolla and the Navarrese monarchy.

It is a copy of the Commentary to the Apocalypse of Beato de Liébana, dated in the 12th century, in which both the text and its magnificent illustrations make it the last 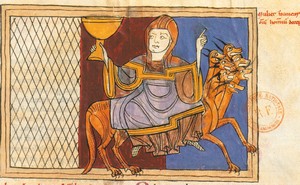 Blessed that corresponds to the oldest pictorial version of the original codex and also the last of the second textual version, considered from the year 784. Its typeface, Carolina of transition to Gothic, of great quality, and its multiple miniatures, whose style corresponds to the full Romanesque, all this integrated in a structure that, with a totally different technique and aesthetic sense, scrupulously refers to a book written four hundred years earlier, at a time of millenarian conception, much darker than the time when this copy was created, confer on this rare manuscript a very special interest.

Both its letter, in which the stories are distinguished, in brown ink, from the comments, in red ink, as the illustrations, of bright colors, some full page, tell us of a well-done work. In his paintings a special rubber is used with silvery reflections, usually replacing the blue color with purple or violet. Green ochre and vermilion are also common, which, along with rape, is often used in the funds.

It highlights the vigorous outline of his drawings, which in some cases occupy different squares in which the sheets are divided. In general the architecture is clearly Romanesque, in which the arches are semicircular or lobed, although in some cases there are also horseshoe arches. However both by the movement of his images, as by certain details, such as the folding of the garments or the careful drawing of the hands and 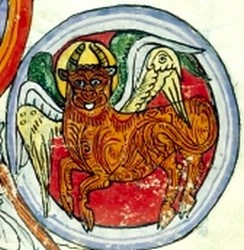 of the feet of the figures, usually presented in postures that generate a certain sensation of movement, seems to indicate that we are before a work that, although Romanesque, breaking in large part its hieratism, begins to show the naturalistic tendency so significant of the Gothic.

In this line is very interesting the opinion of Elisa Ruiz García and Soledad de Silva y Verástegui in their Study Book that accompanies the facsimile of the Blessed of Navarre edited by Millennium Liber, on the possibility that it was created in some Cistercian monastery, since it seems that the Commentaries to the Apocalypse was a book that especially interested this order, because of the last eight or ten late Blesseds, dated to the end of the twelfth century and beginning of the thirteenth, five of them are related to Cistercian monasteries.

On the other hand, this surprising interest in the hegemonic order at that time for the work of Beato may justify the existence of these new copies of the ‘Commentaries’ in an era in which the millenarian trauma no longer existed, and in which the Mozarabic liturgy had disappeared, removed a hundred years earlier by the Gregorian Reformation and the support of the Leonese and Navarrese kings for the Cluniacense order and, therefore, the rule of the Fourth Council of Toledo had ceased to apply, which ordered the continued reading of the Apocalypse of Saint John between Easter and Pentecost 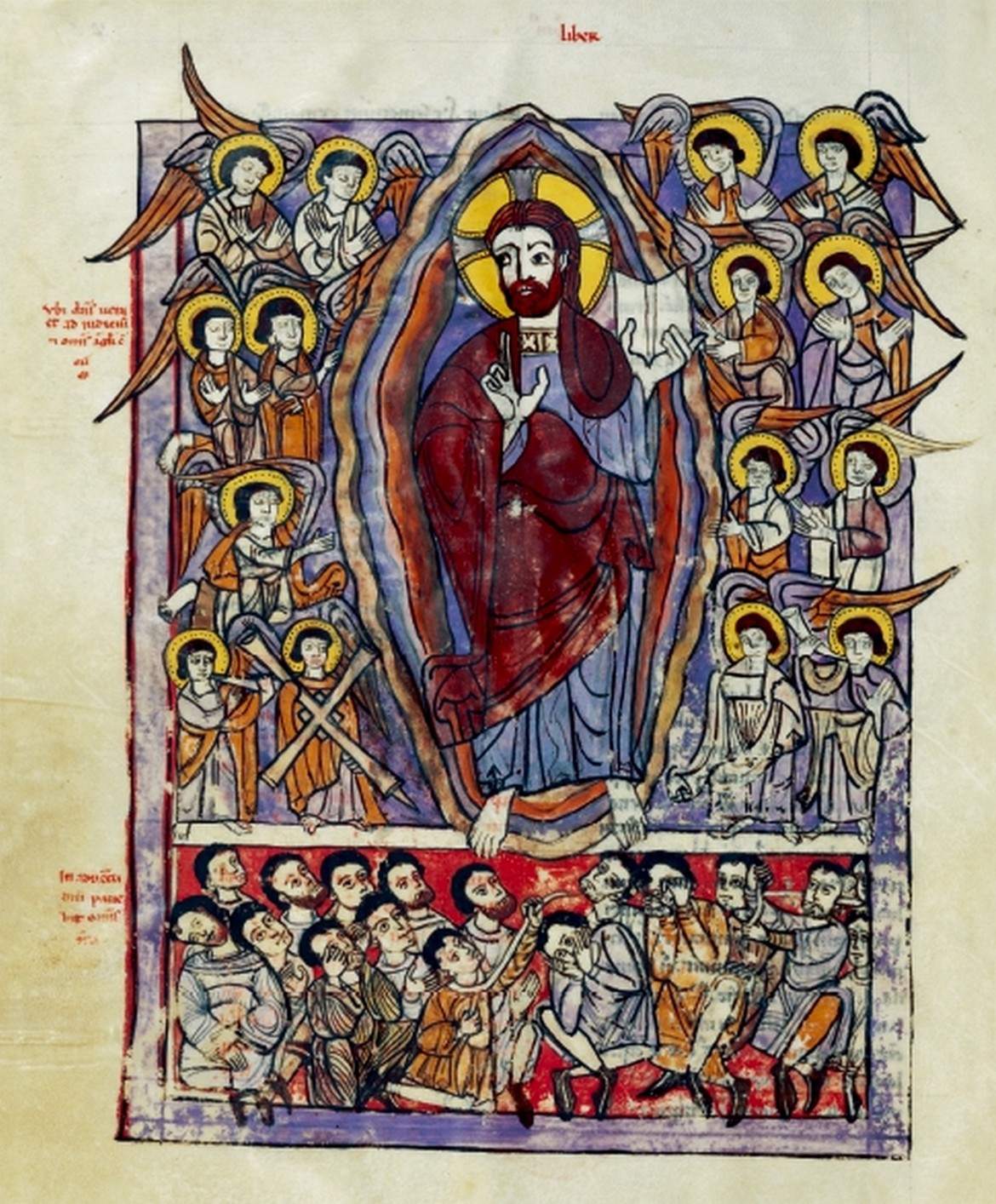 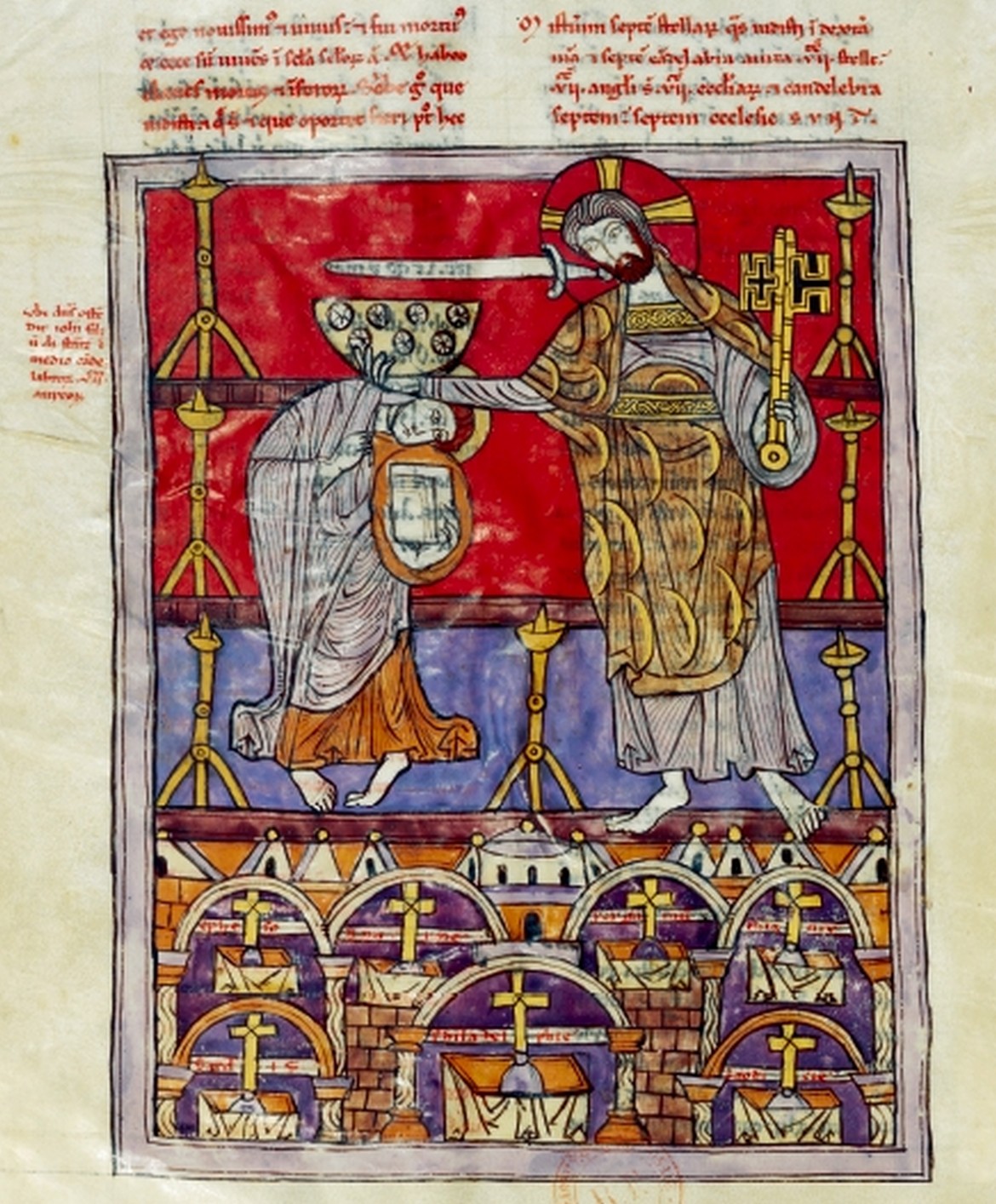 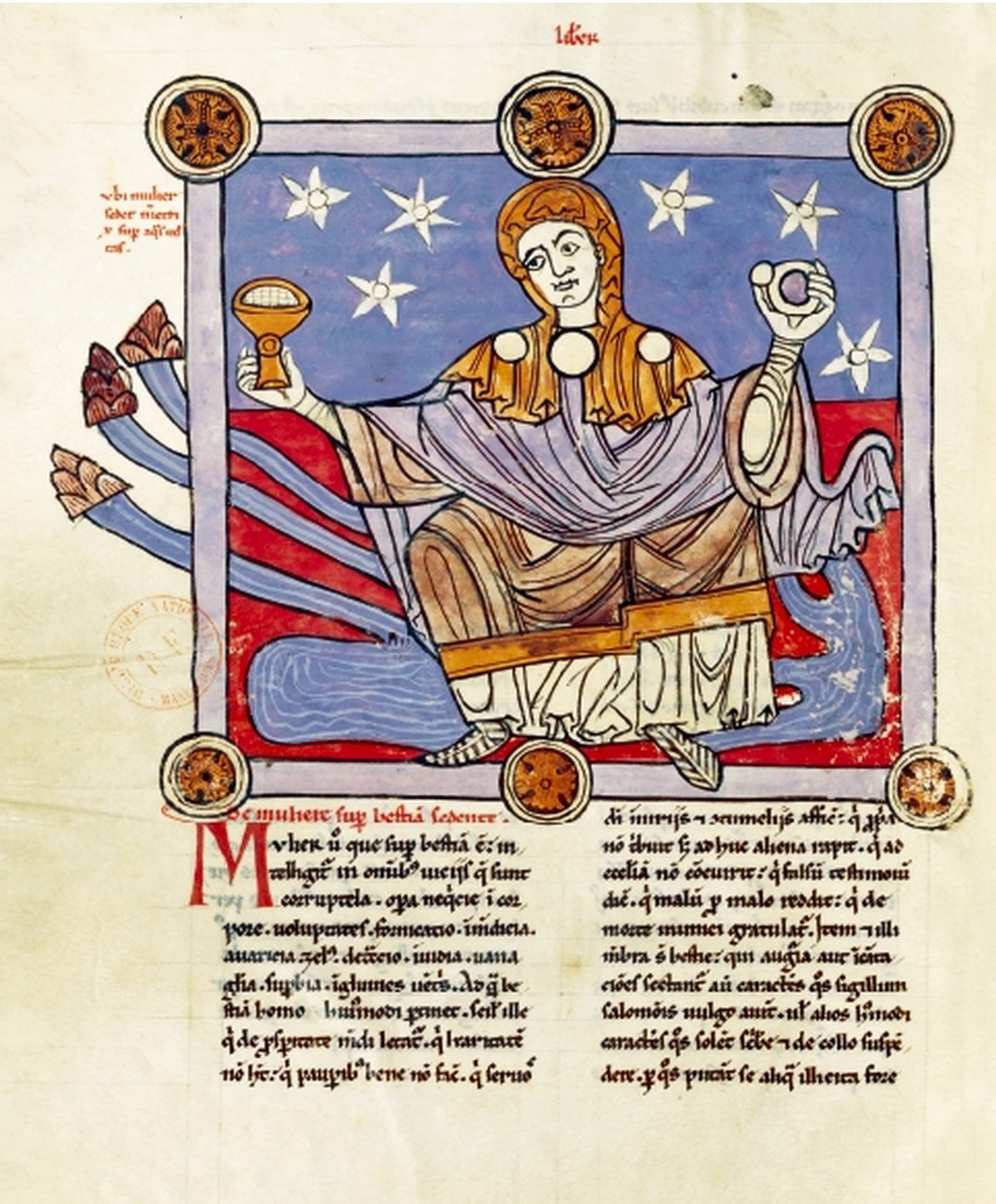 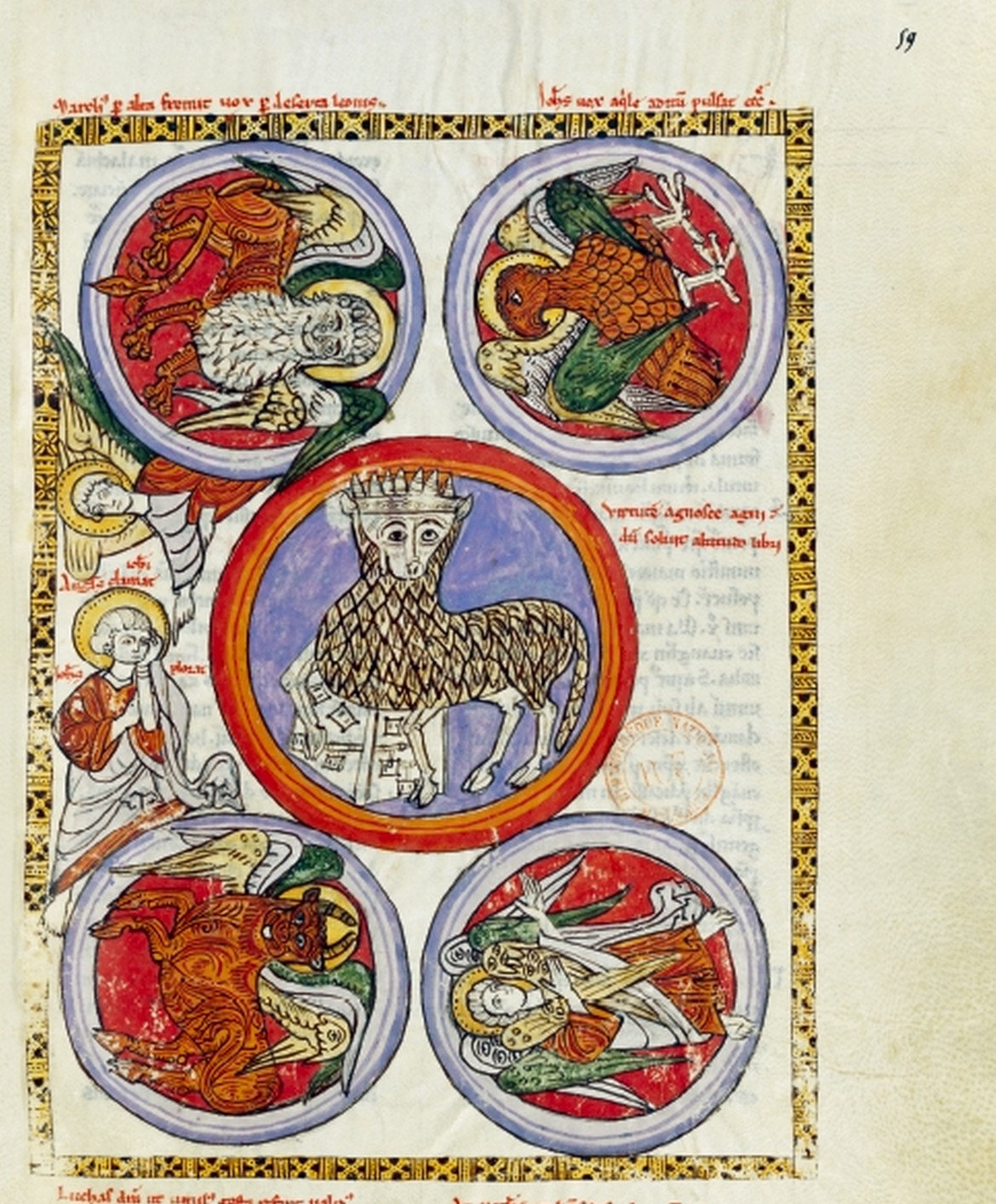 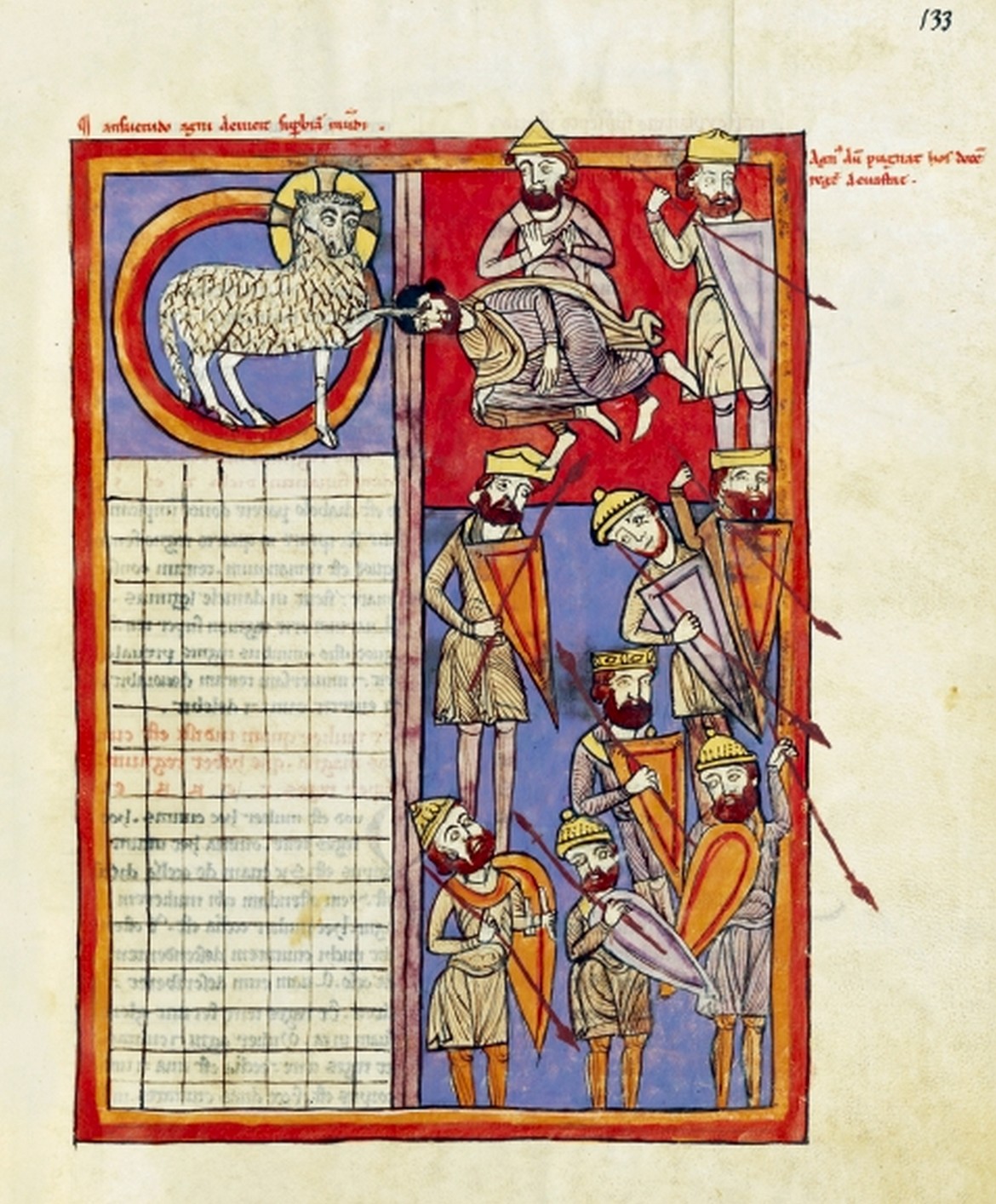 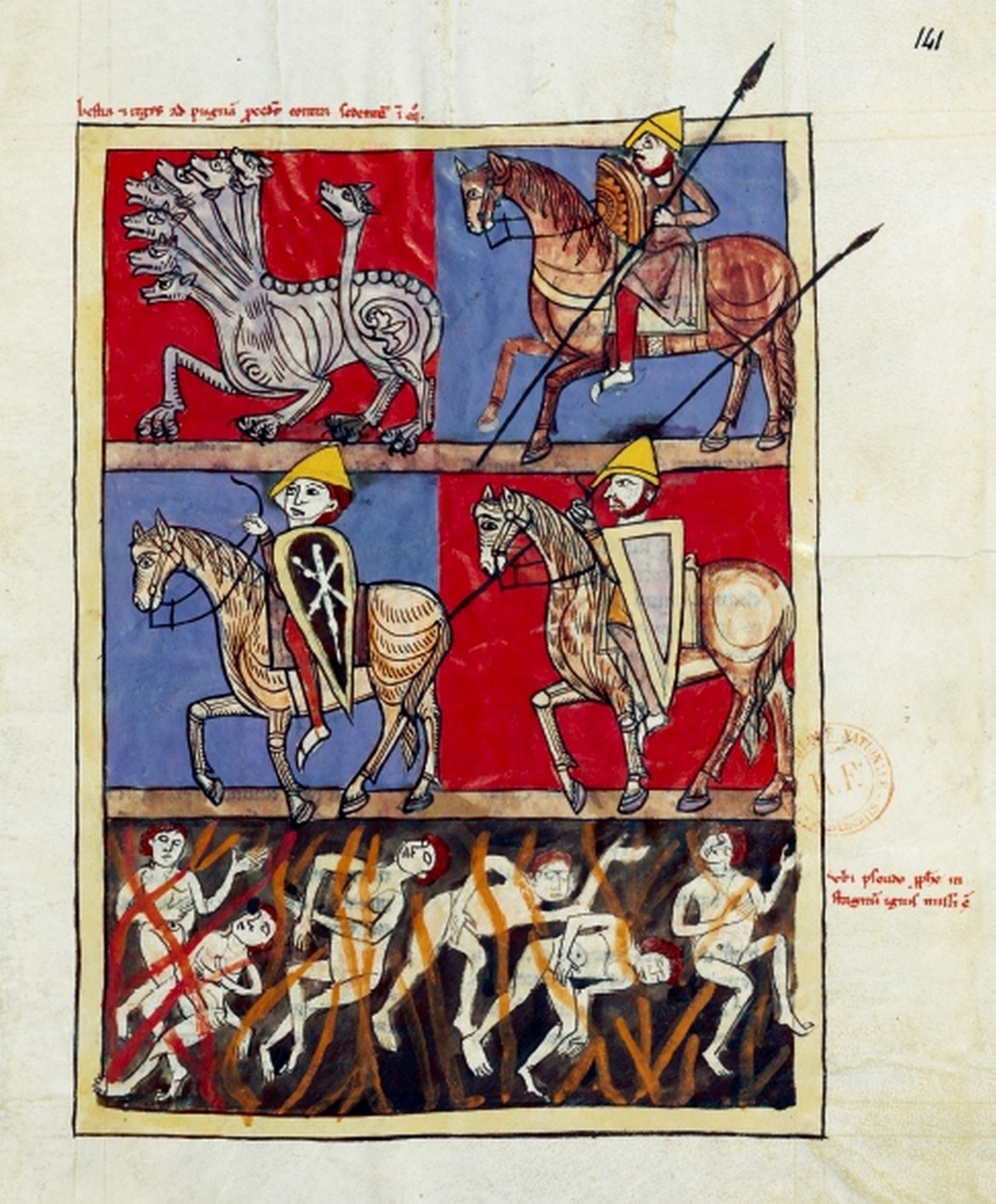 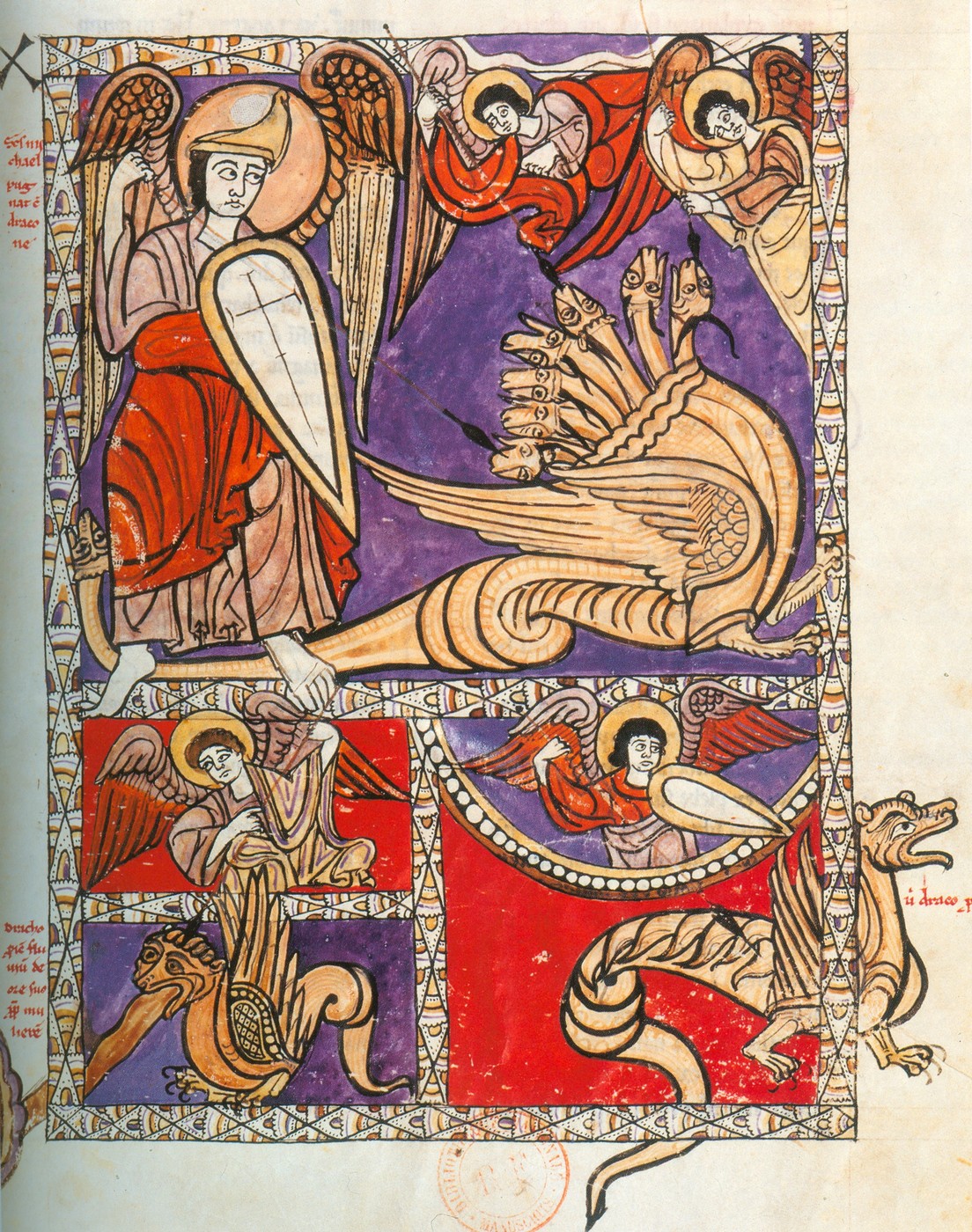 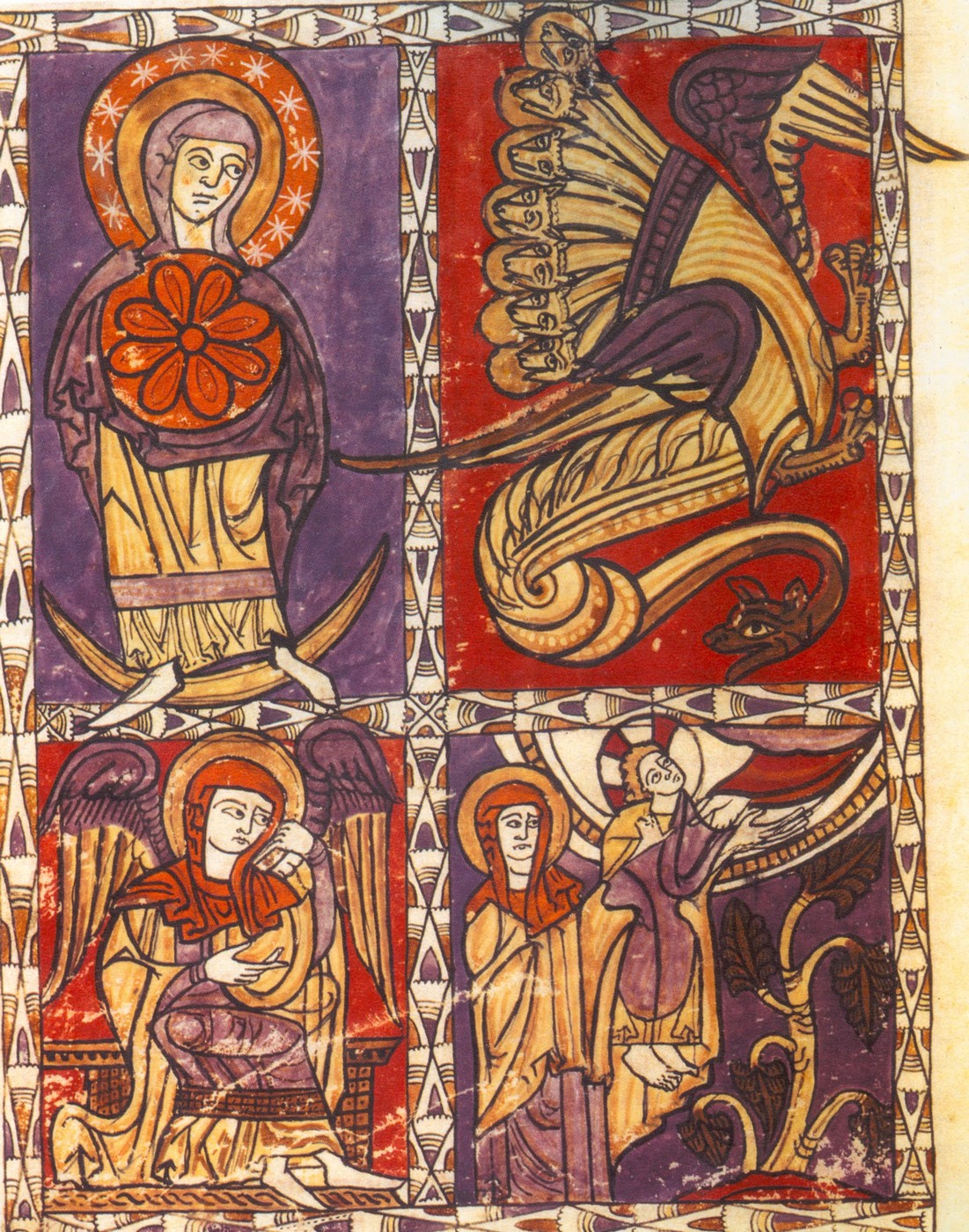 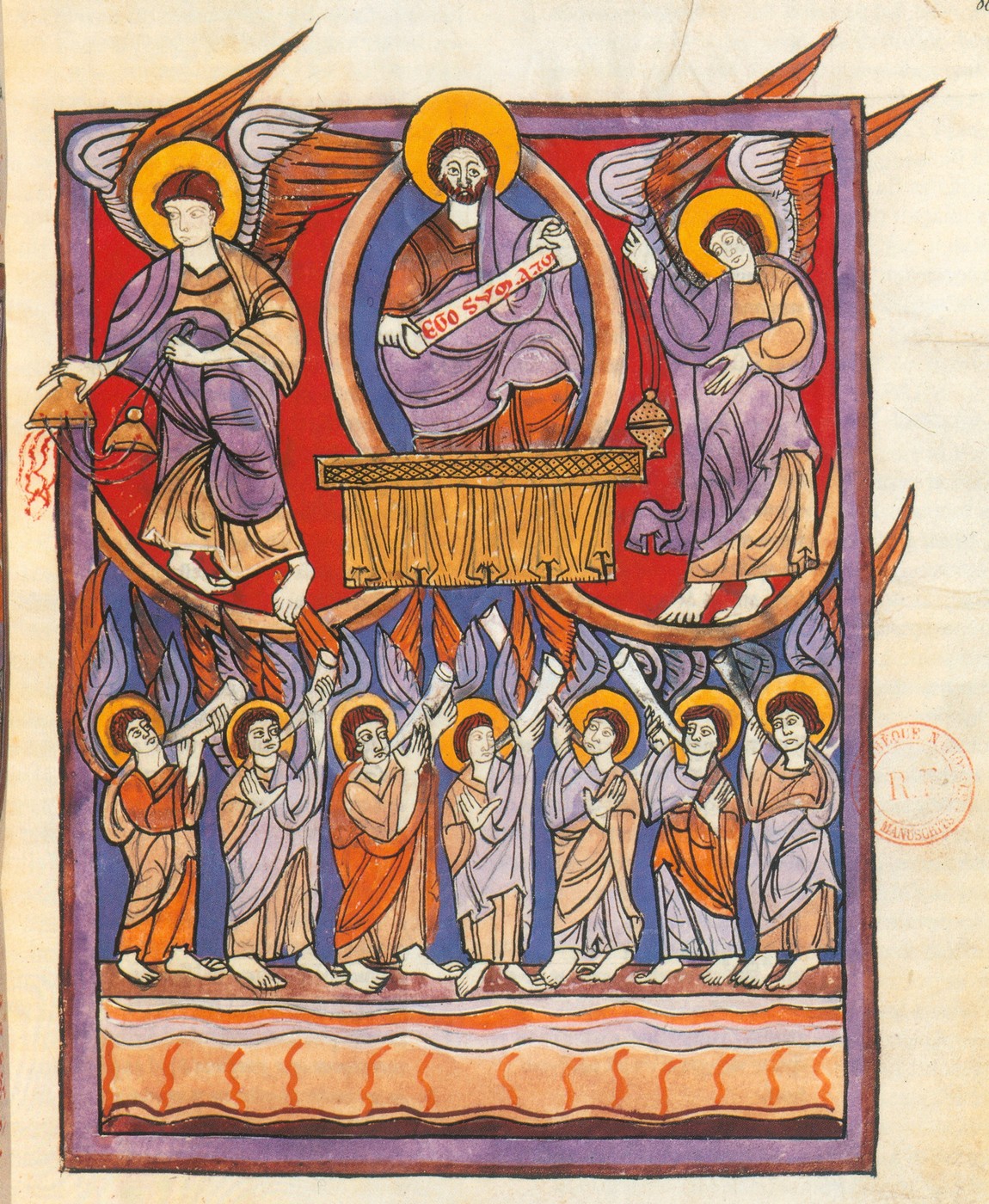