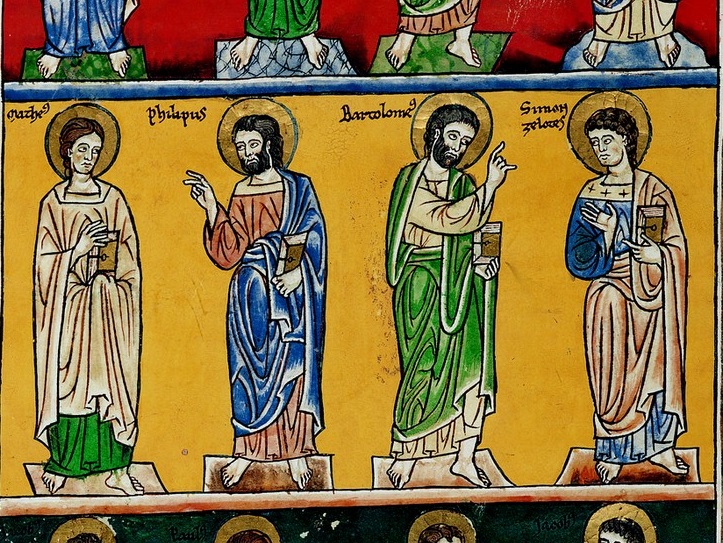 Nothing is known of 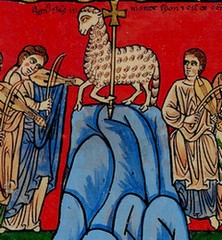 this manuscript until the 19th century, when it was in the collection of the Marquis of Astorga and Count of Altamira. Part of this collection, including the Beato de Manchester, passed from Spain to France in 1869, where it was auctioned, being guarded from 1901 at the John Rylands Library in Manchester.

Nor does it contain any information about its original scriptorium or its authors, who were at least two miniaturists. However, its similarities, both iconographic and stylistic, with the Blessed of San Pedro de Cardeña, which is estimated to have been created in that monastery between 1175 and 1180, have led to the thought that it would come from some scriptorium of Castile near Cardeña since, because of their differences in interpretation of a common original, it does not appear that both have been written in the same monastery. It is believed that its dating may be somewhat later than that of the Blessed of Cardeña, at the end of the 12th century.

This is the most enlightened and sumptuous Blessed who has come to us, being also the only complete, since he keeps all his folios, which have not suffered mutilations. He belongs to the group of the late blessed 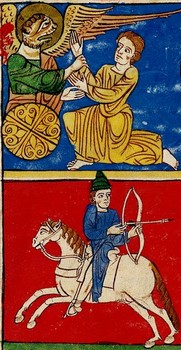 created at the end of the 12th century and the first half of the 13th, most of them in Cistercian monasteries throughout Christian Spain.

In principle the Blessed of Manchester is considered as of the Family IIb, whose first known version is the Blessed of Tábara, even some specialists suggested that it could be a copy of the Blessed of Girona, which has been discarded because although it contains some similarities to that manuscript, there are too many very different iconographic elements. It was also considered the possibility that it was a direct copy of the Blessed of Tábara, due to its similarity with the few images that he preserves, considering that its similarities with that of Gerona are due to the fact that it was developed by the same miniaturists as that of Tábara -Emeterio and Ende-, although after knowing that these two masters only correspond to the last two folios of the so-called Blessed of Tábara, it was also necessary to abandon this theory.

Starting from their similarities with the Blesseds of Cardeña and San Andrés de Arroyo, the possibility has been raised of considering that these three blesseds form a specific subgroup within the IIb family, possibly copied from some previous blesseds of that family, disappeared today, which must have been similar to Tábara’s.

Fr. Klein, who has studied it in depth, considers that among the whole group of Late Blesseds the Manchester and the Cardeña group are the two that have the greatest number of affinities, since in addition to their many coincidences, several of them in very singular questions, In some cases they even coincide in the distribution of text and images. However, he believes that, while in Cardeña all the elements are perfectly 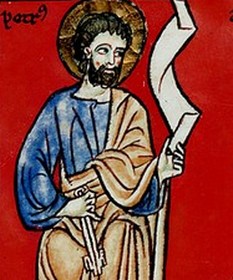 integrated into their environment, in Manchester in some cases appear as injected into another context, which seems to indicate a much greater understanding of the original in the first. Because of this it raises the possibility that while the manuscript that served as a model for both would have also been created in the Monastery of Cardeña, where it was well known, that of Manchester would be created in another nearby scriptorium, that from our point of view could be a Cistercian monastery as in the case of the Blessed of San Andrés de Arroyo, from which Klein does not consider that it has been copied from the same model as the previous ones, despite some similarities with them.

The style of his images is already completely Romanesque, in which, although the horseshoe arches are maintained in many architectural elements, already in some cases also begin to appear pointed arches. The images, decorated in many cases with gold and silver, appear on differentiated backgrounds, of multiple bright colors: blue, garnet, green, yellow and orange among others. The garments have wavy folds, of great softness and plastic fluidity. It also includes very decorated initials, in many cases with foliage and dragons interspersed.

However, there are clear differences in style between his two miniaturists, since while one of them offers a high quality work, the other was of a clearly inferior talent. One fact to note is that no rules on how work was distributed could be found.

The Blessed of Manchester is a magnificent proof of how more than a hundred years after the disappearance of the Mozarabic rite in Spain, copies of the manuscripts of that time were still being made, respecting their spirit and structure although, as in all the previous ones, the style used by his illuminators was harmonizing with the artistic forms of each moment and always according to the tastes and the form of expression of each artist. Moreover, in some cases, such as this one, the quality and richness of his miniatures, decorated with gold and silver, indicate that they were made on behalf of persons of importance or by high-ranking members of the Church. 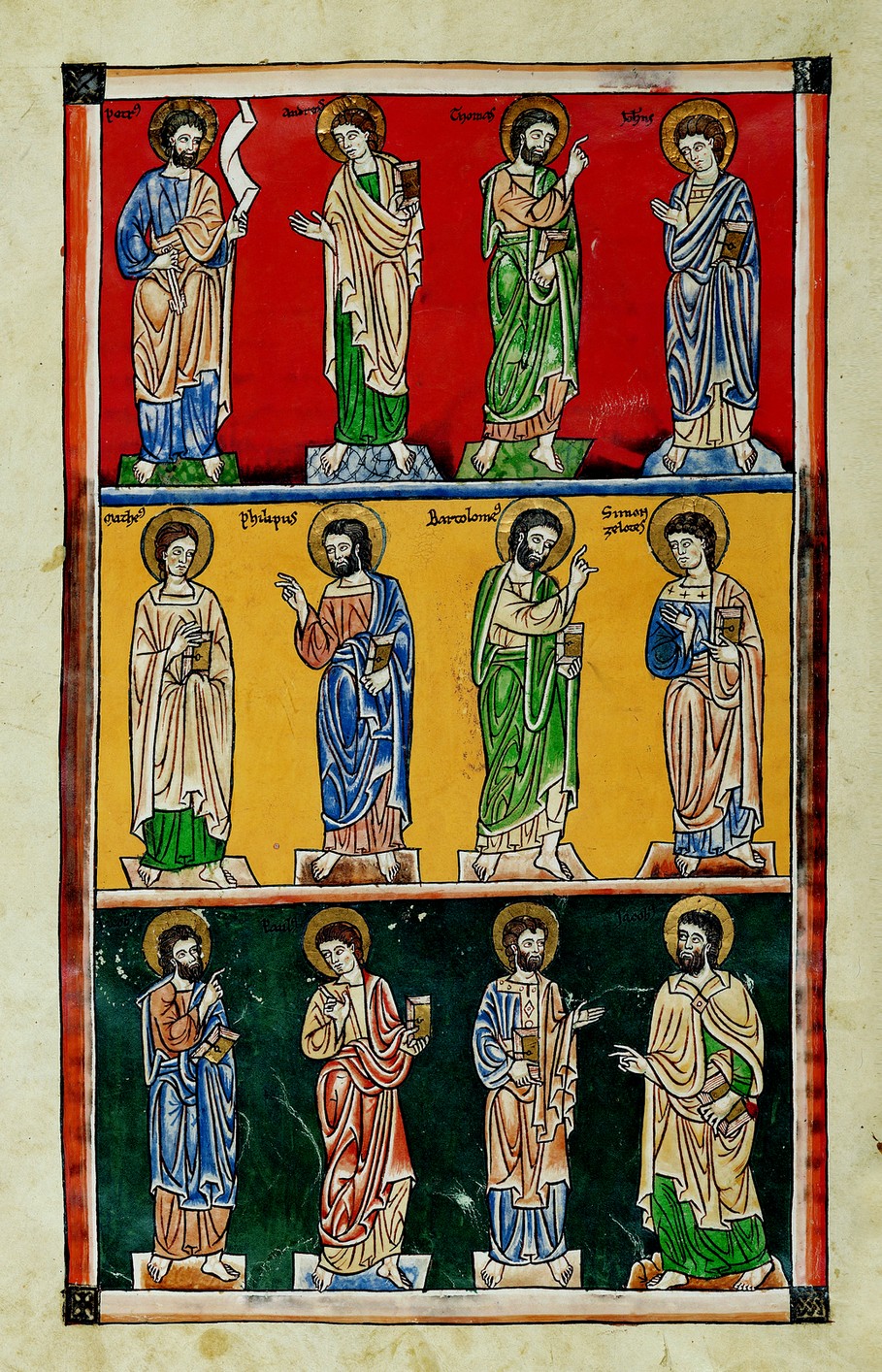 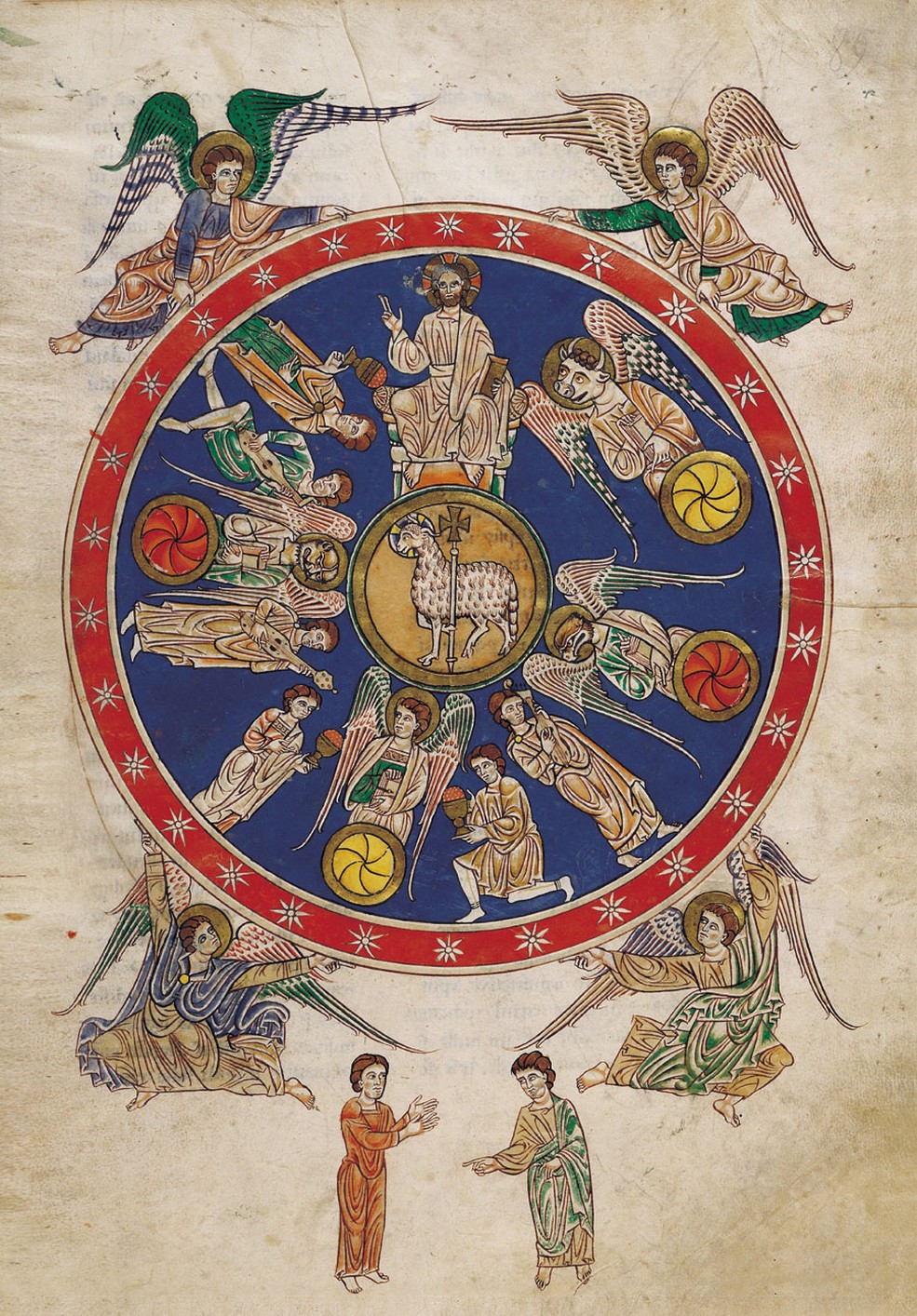 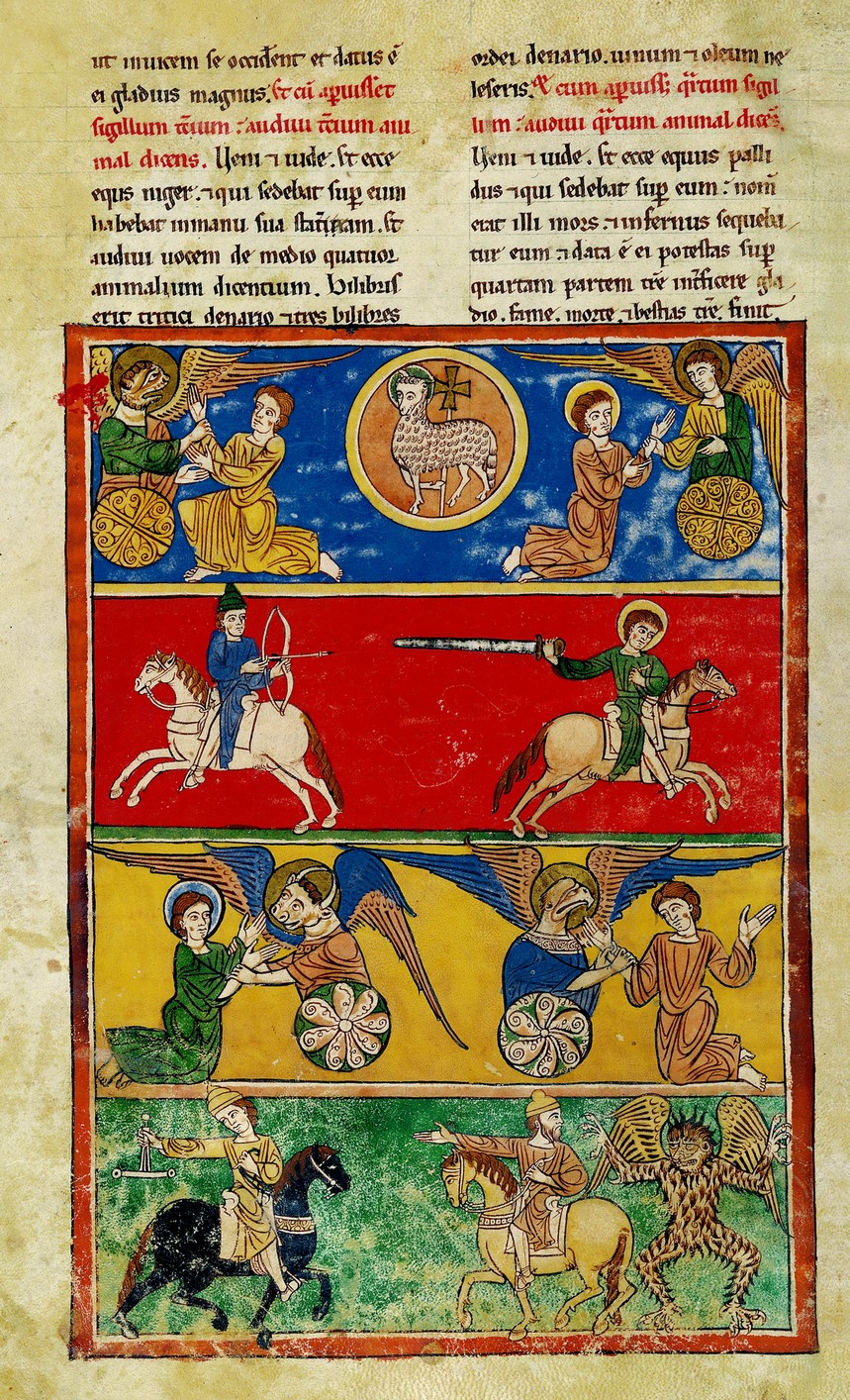 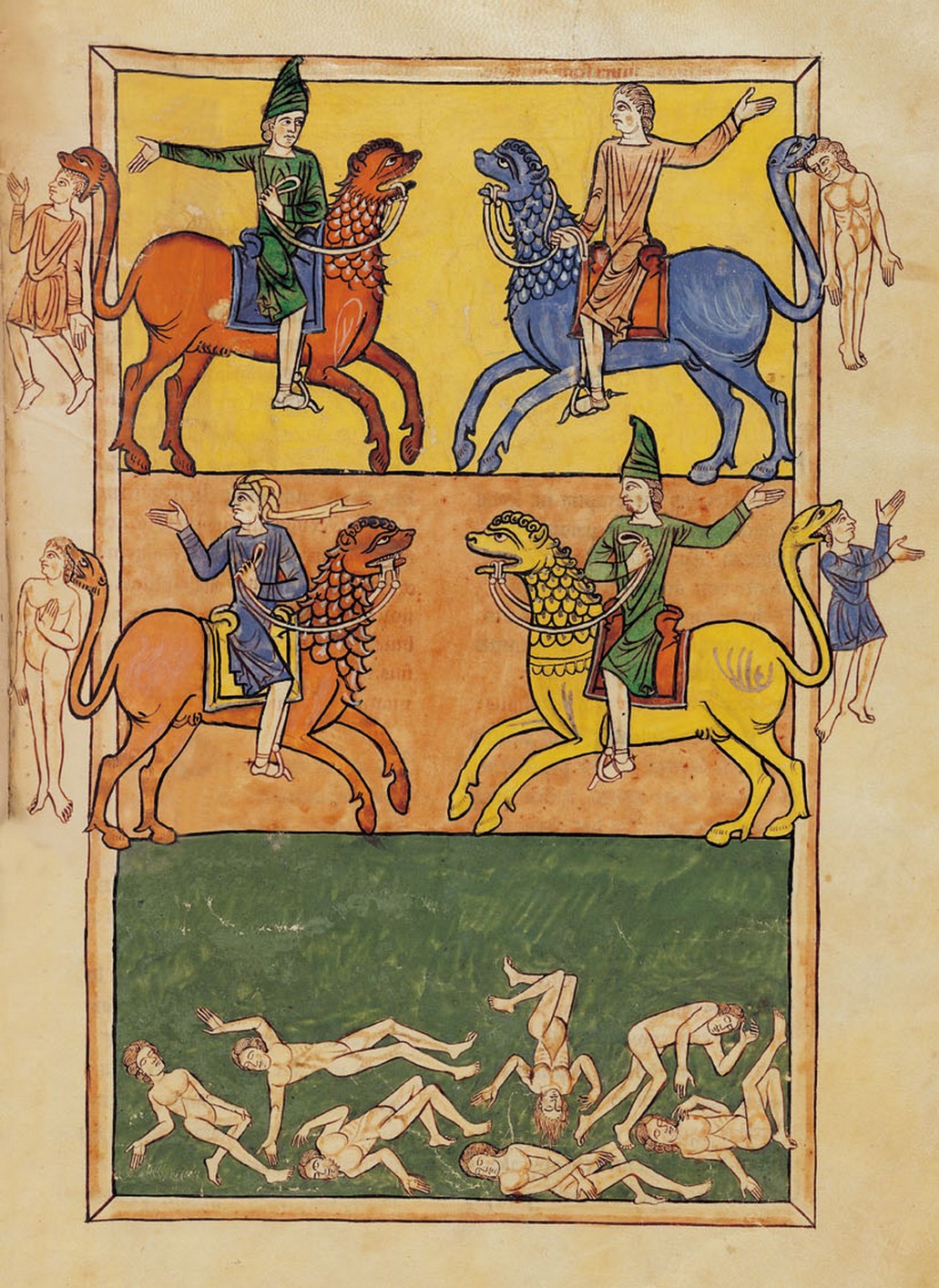 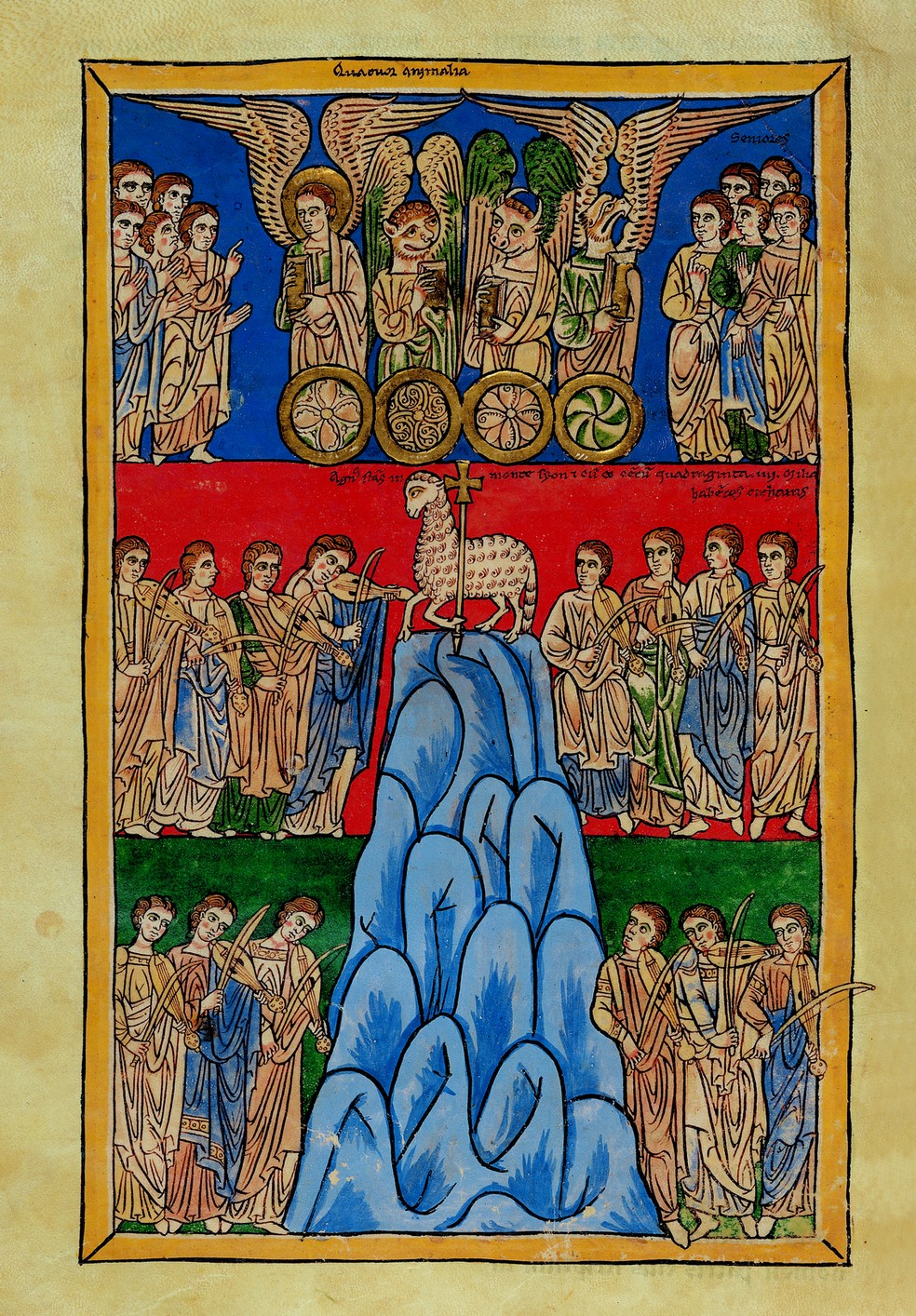 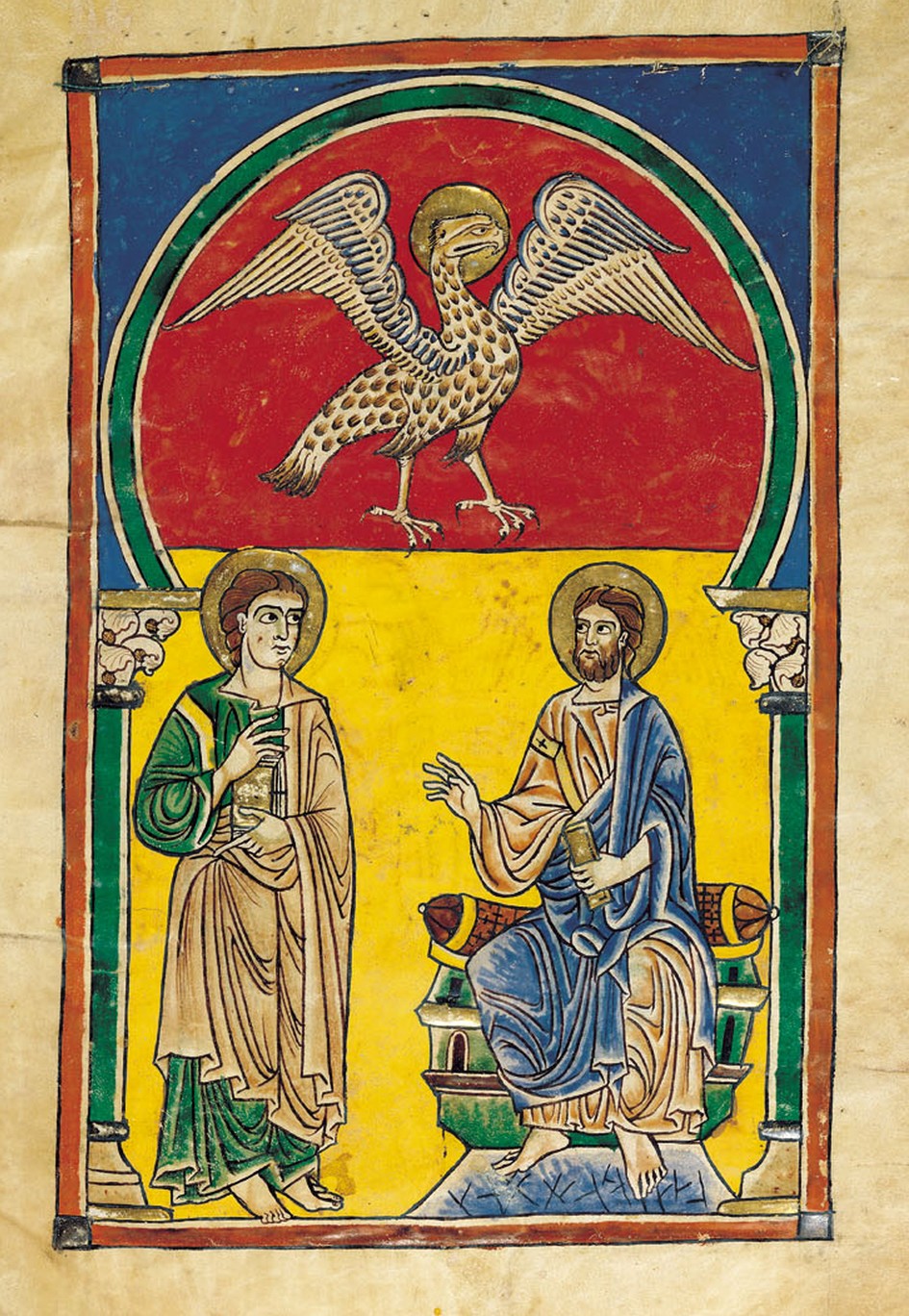 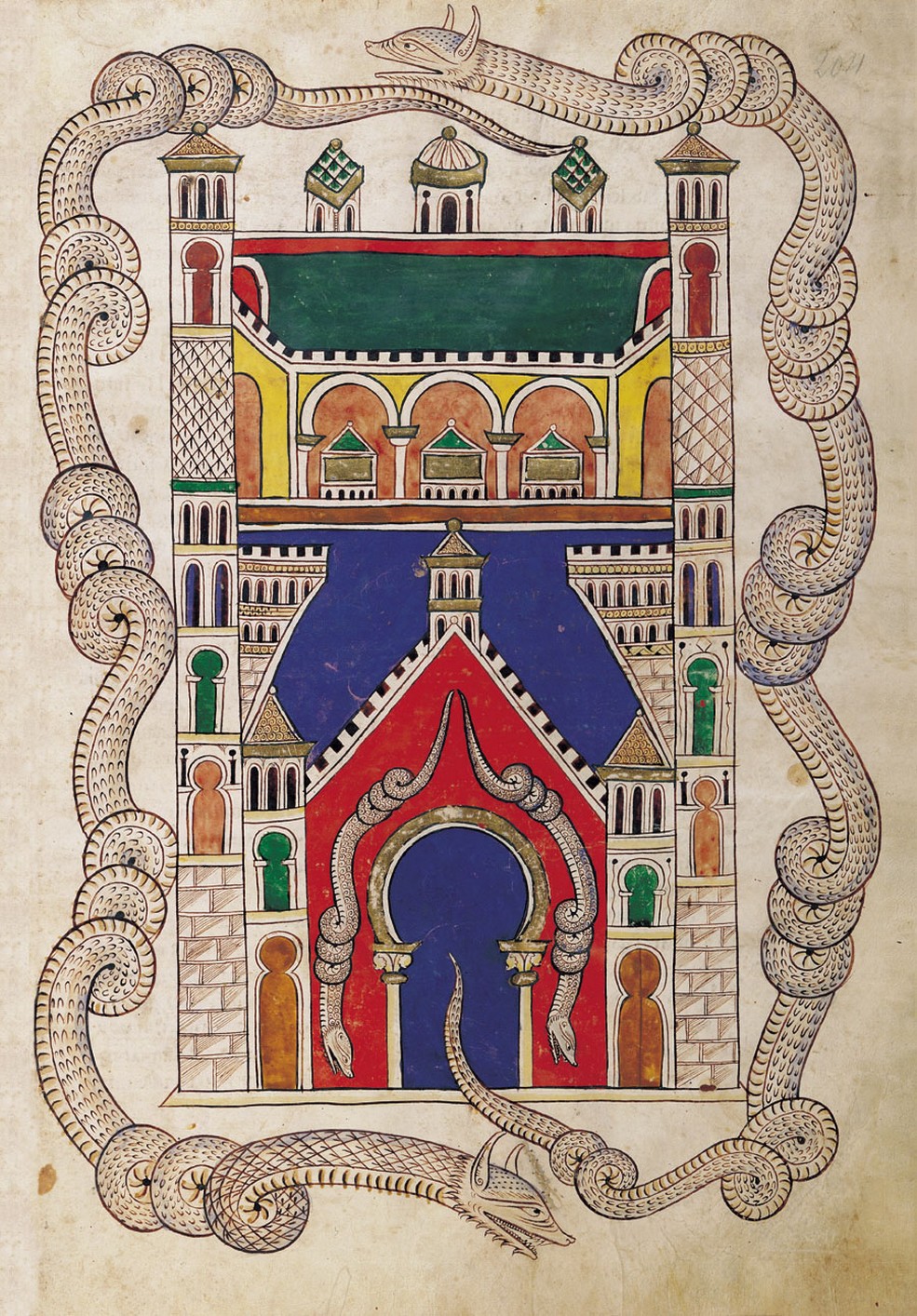 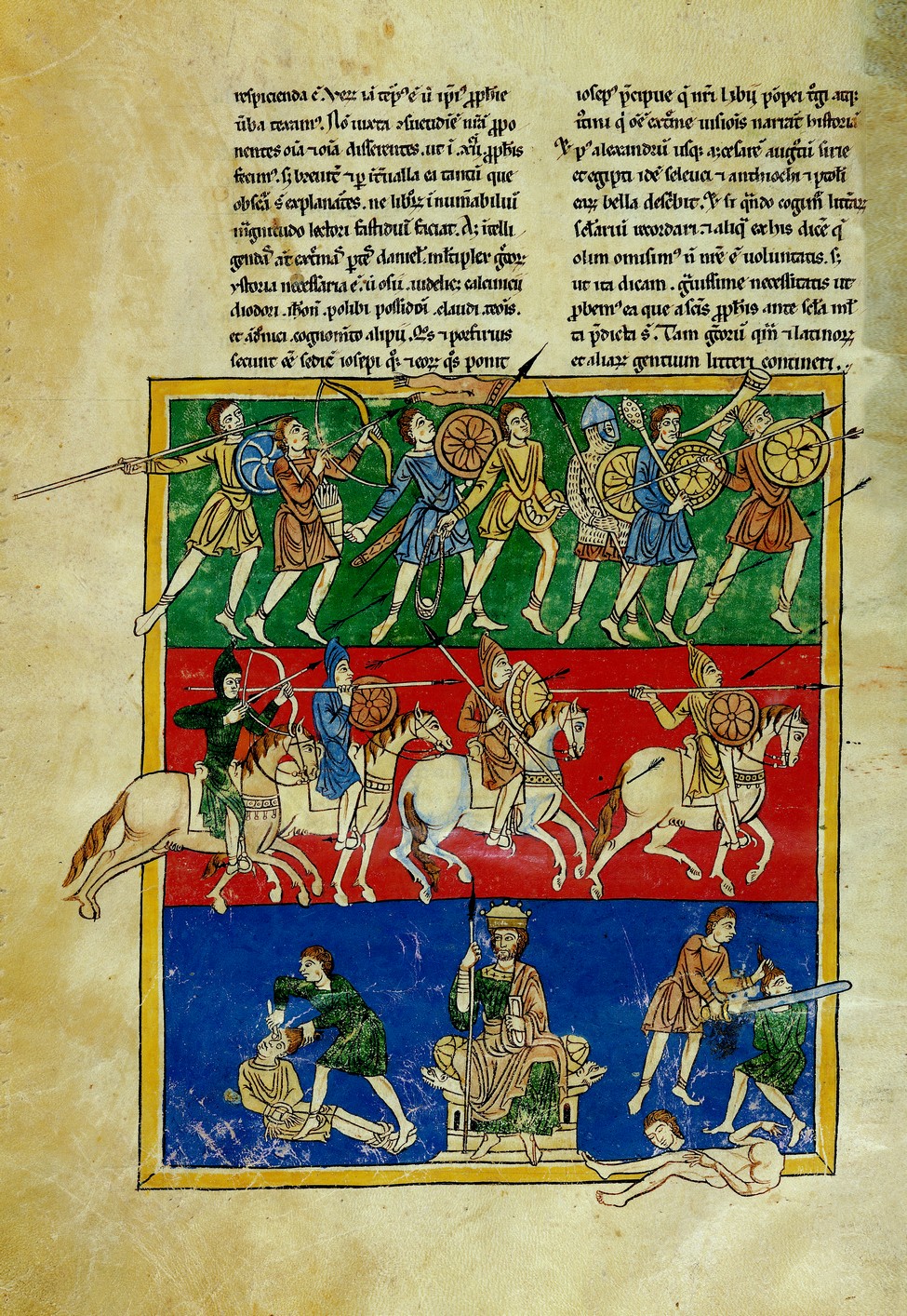 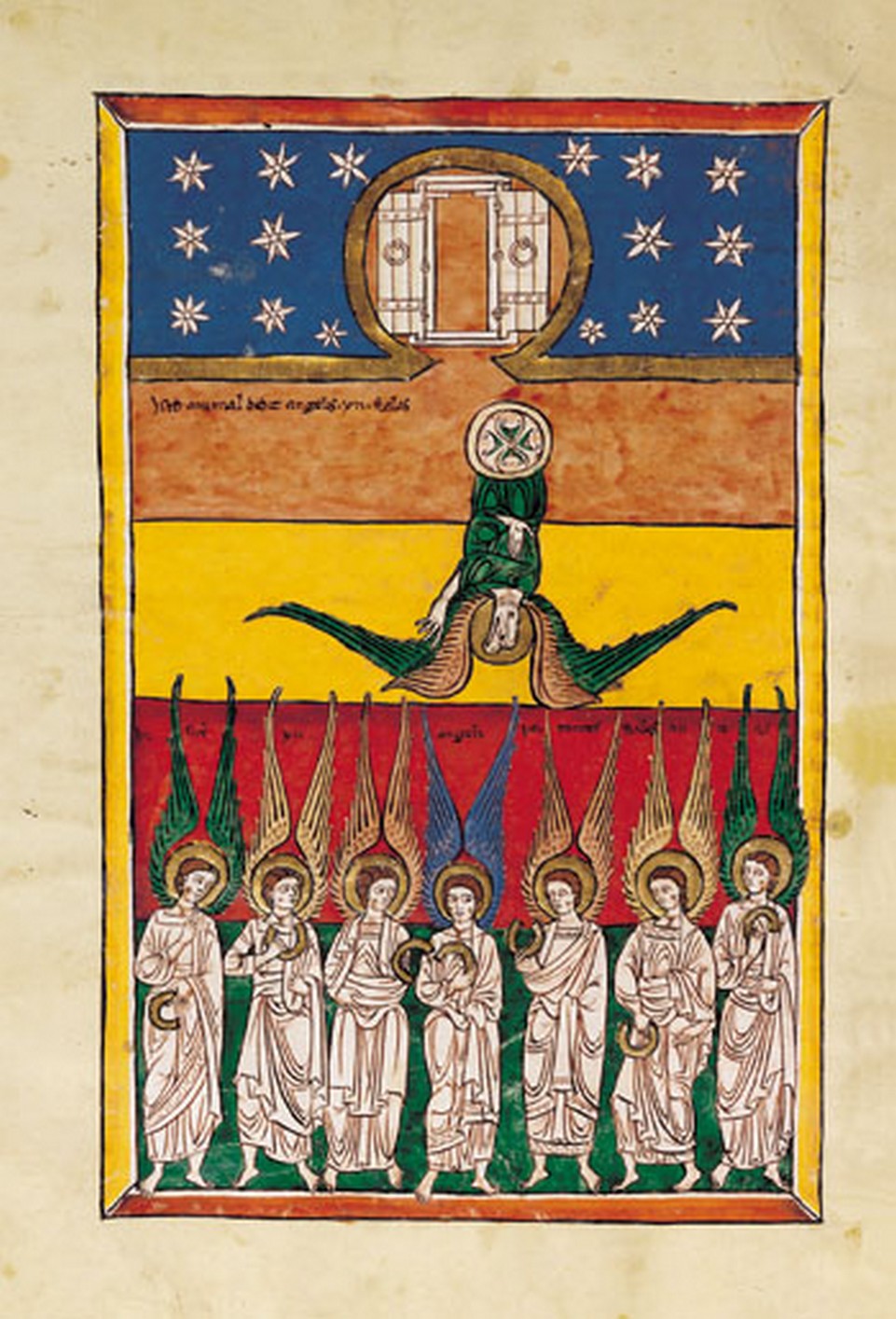