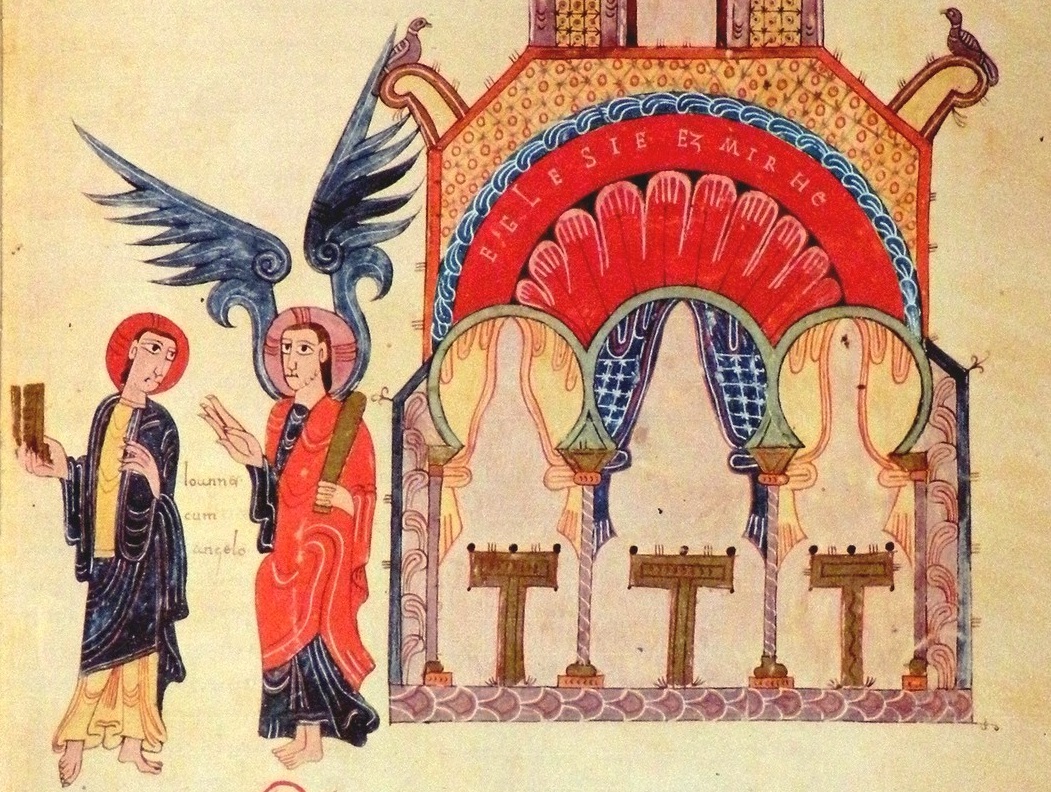 This manuscript was finished in 975 by the copyist Senior and the miniaturist nun En -ó Ende-, with the collaboration of the priest Emeterio, in a scriptoriun leonés that we do not know although everything points to it being that of San Salvador 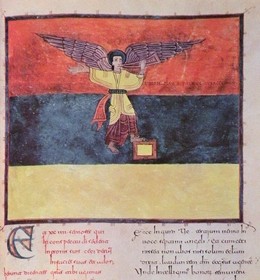 of Tábara. It had been commissioned by Domingo, abbot of a monastery that may also be that of Tábara, although this point is not documented either.

The last two pages of the so-called Blessed of Tábara, the only ones that have come to us from this manuscript -which have given name to another Blessed of unknown origin to which they were added-, we are informed that the great Magius had begun in that monastery a Blessed who was not completed before his death and who was completed in 970 by Emeterius with the help of Ende, the same illuminators of this Blessed of Girona, started in the same year of 970 and finished five years later, although in this case the information that leaves us seems to indicate that the main responsible for the work was Ende.

There are convincing reasons to believe that the authors of a manuscript of the scope of the Blessed of Girona, in which they demonstrate great quality and knowledge, which implies having formed in a monastery that besides the scriptorium had an important library, and who had just finished a work by Magius in the monastery of Tábara, they would also continue to develop their next work in a well-known and as appropriate environment as this monastery, one of the main ones at that time in the Leonese kingdom.

We have few and unreliable news about how this codex appeared in the archive of the Cathedral of Girona, where it is still preserved. Since the monastery of Tábara was destroyed by Almanzor in 988, it seems possible that he had arrived before those dates at a Catalan monastery in an exchange of manuscripts, which were so common at that time and, having disappeared, the Blessed remained in his new location until it was donated in 1078, it seems that in a testament, to the cathedral of Girona.

For his artistic quality, according to Neuss far superior to that of all the European codices of that time, and for the variety of new images that includes 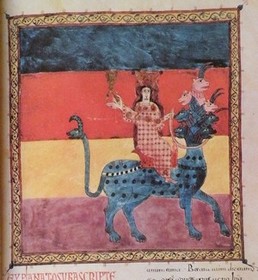 become the largest number of illuminated pages of all the blesseds we know and one of the most interesting, the Blessed of Girona is undoubtedly the artistic culmination of the scriptorium tabarense.

This Blessed is the initiator of the pictorial tradition IIb, together with the one formed by the first 166 folios of the Blessed of Tábara, which is supposed above, something of which we cannot be sure, since of the latter it is only known that its author was Monniu, but its date of creation and its monastery of origin are not known, although it is surely considered that it is also the work of a scriptorium leonés.

An interesting fact that seems not sufficiently analyzed, is that in the later blesseds did not reproduce this last version until almost a century and a half later in the Beato of Turin, copy of that of Gerona made in some Catalan scriptorium, when our manuscript had already reached its final location. From then on this version was reproduced in several more modern manuscripts, such as those of Manchester or San Pedro de Cardeña among others, all of them later in more than two hundred years than that of Girona and which also coincide with it in its large format. However in this intermediate period they continued to generate in Castile, Leon and even one in France, multiple blesseds of the two previous pictorial versions, some of as much importance as those of Fernando Fernando I, Burgo de Osma o 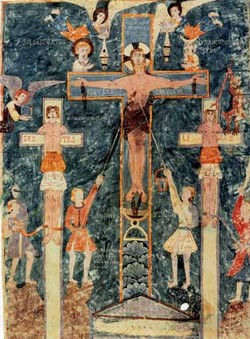 Saint Sever. One possible explanation might be that while the original never left the Cathedral Archive, the copy that is now in Turin was developed to be lent to other monasteries that could use it as a model for those later blesseds.

In this Blessed Sacrament new images are added to those that until then existed, such as a representation of heaven and another of the Baptism of Christ, within a wide iconographic cycle dedicated to the life of Christ very unusual in the Spanish high medieval miniature. For this the authors had to draw inspiration from new sources, not used by the rest of the Blesseds. One of the most interesting images is that of the Crucifixion, which offers much of the characteristics that we will find later in Romanesque art, to the point that J. Fontaine suggests the possibility that this image has been added later in Catalonia.

It would be interesting to have been able to further study the characteristics of the work developed by Emeterio and Ende in the commission they received to finish in manuscript begun by Magius, but unfortunately we only know its last two pages, not enough to be able to draw conclusions about that manuscript and its differences with its new Blessed, although their analysis seems to indicate that in the first they respected the style that Magius developed, maintaining the same technique of glazes, as well as the chromatic harmony based on subtle colors and the juxtaposition of bright tones in contrast. 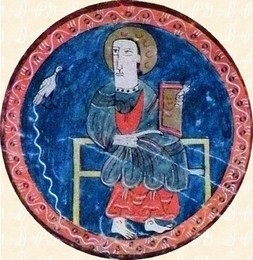 His style changes noticeably in the Blessed of Girona, perhaps because in this case the responsibility lies with the only miniaturist nun from whom we have received news, which brings a very different vision. Ende significantly modifies the paradigm of Magius, to show us an exuberant polychromy, a great vigor in the forms and his will to overcome the plane aspect of the previous miniature, modifying the usual schematism and abstraction in Mozarabic images through an incipient representation of volume and naturalism, which seem to herald Romanesque art, which is also reflected in the greater slenderness of the characters and in the folds of the dress.

Another interesting detail in this Blessed, unlike what happens in general in his environment, is the attempt by Ende and Emeterio to define clearly most of the characters, for which, in addition to including in each of them his name and the place where he preached, try to personalize their physiognomy or the objects they hold in their hands. In this line, as discovered by M. Moleiro in 2004, stands out the oldest portrait of the apostle Santiago known in Spanish painting. It is depicted in costumes of Roman and Visigoth origin, while in the book that holds in one hand the inscription appears “Iacobvs/SPANIA”.

In short, the Beato de Gerona is one of the most interesting manuscripts of all Spanish early medieval iconography. Stands out not only for its large number of illuminated pages, the high quality, and the decorative sense shown by its illuminators, but also for its knowledge of sources to include new subjects, not existing in its predecessors, and his search for new forms of expression that, although reflecting all the usual influences in the 10th-century Spanish miniature, of such diverse origins as Visigoths, Sassanians, North Africans and especially Carolingians and Muslims, already advertise Romanesque art. 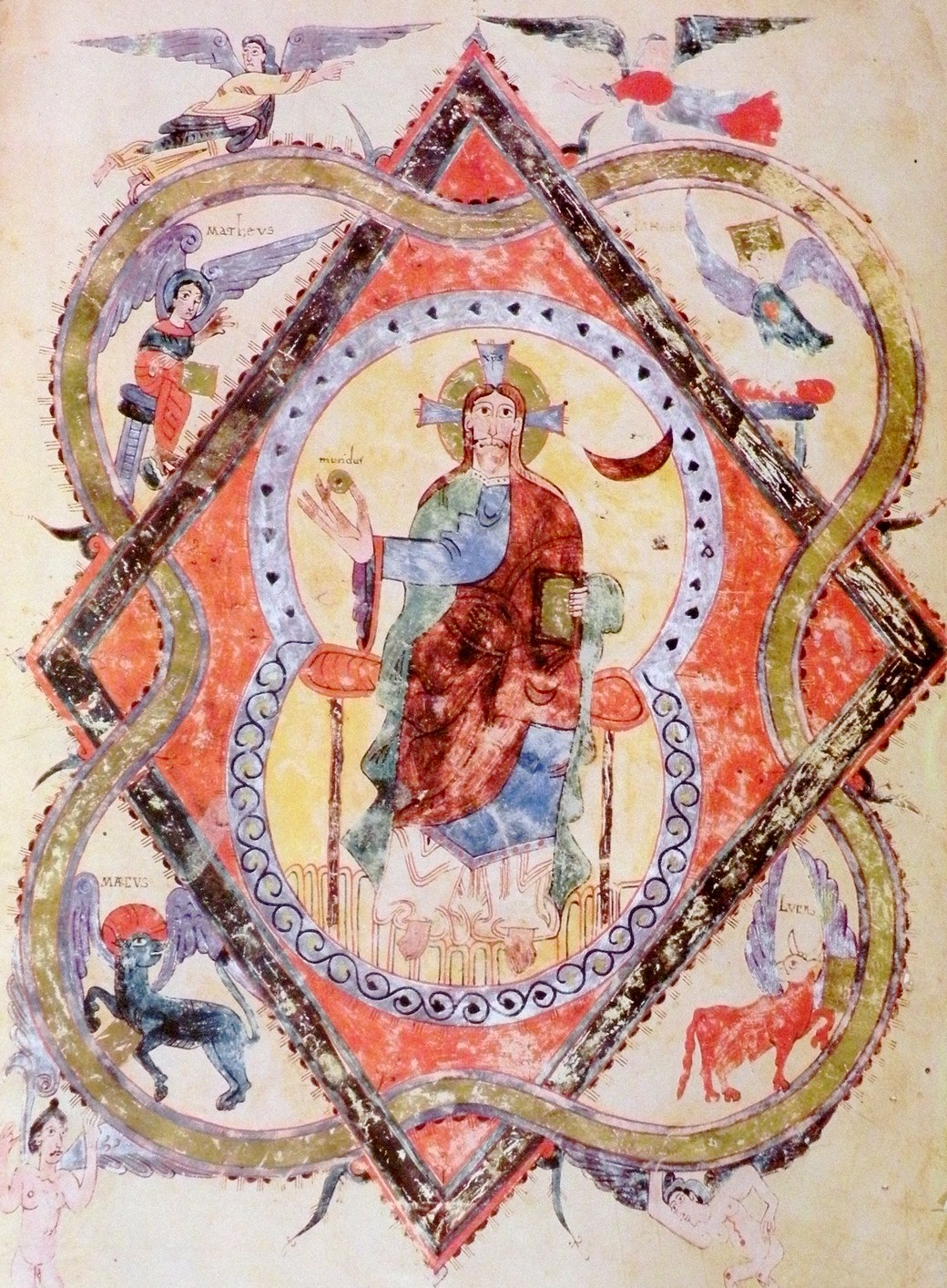 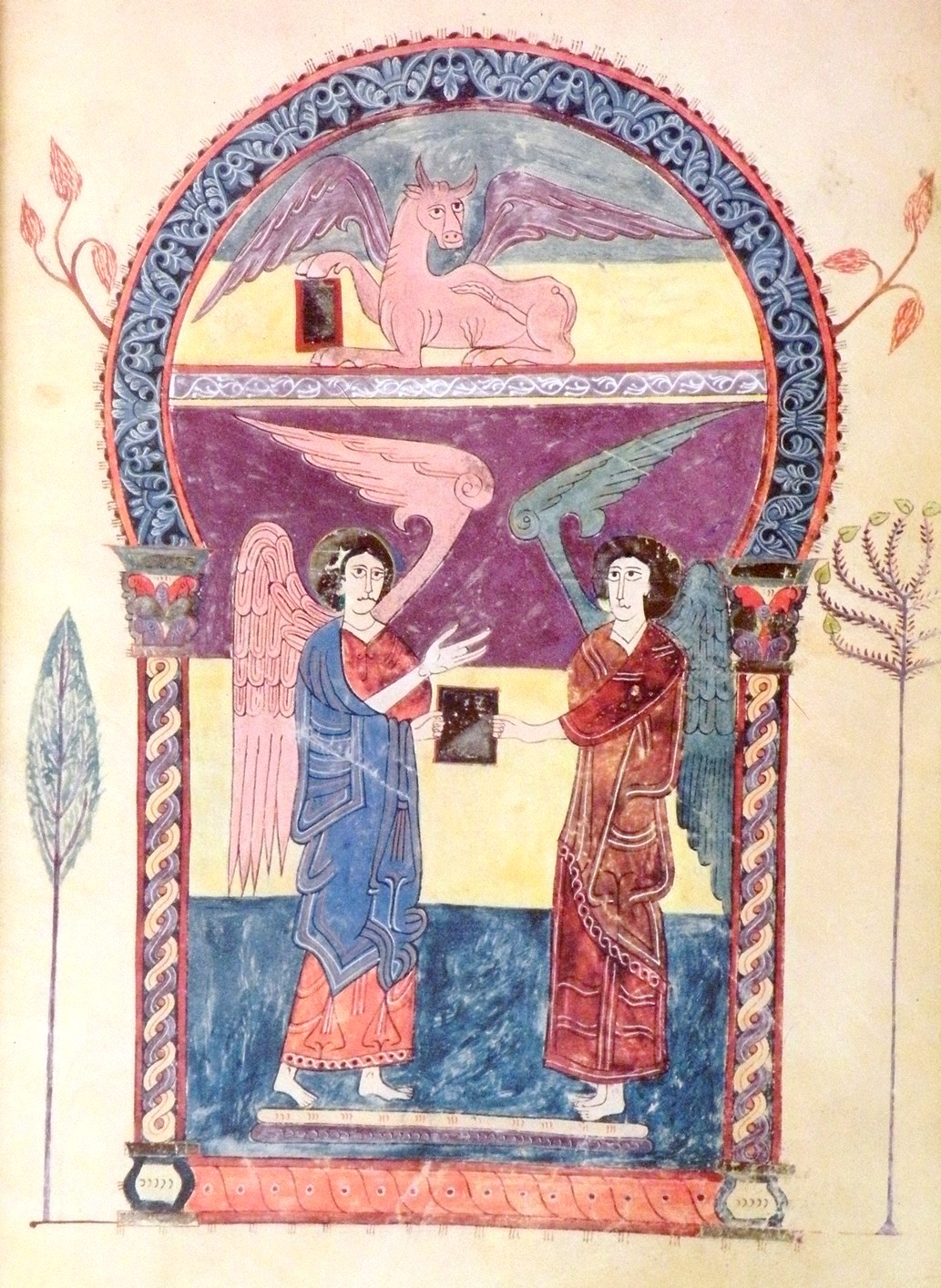 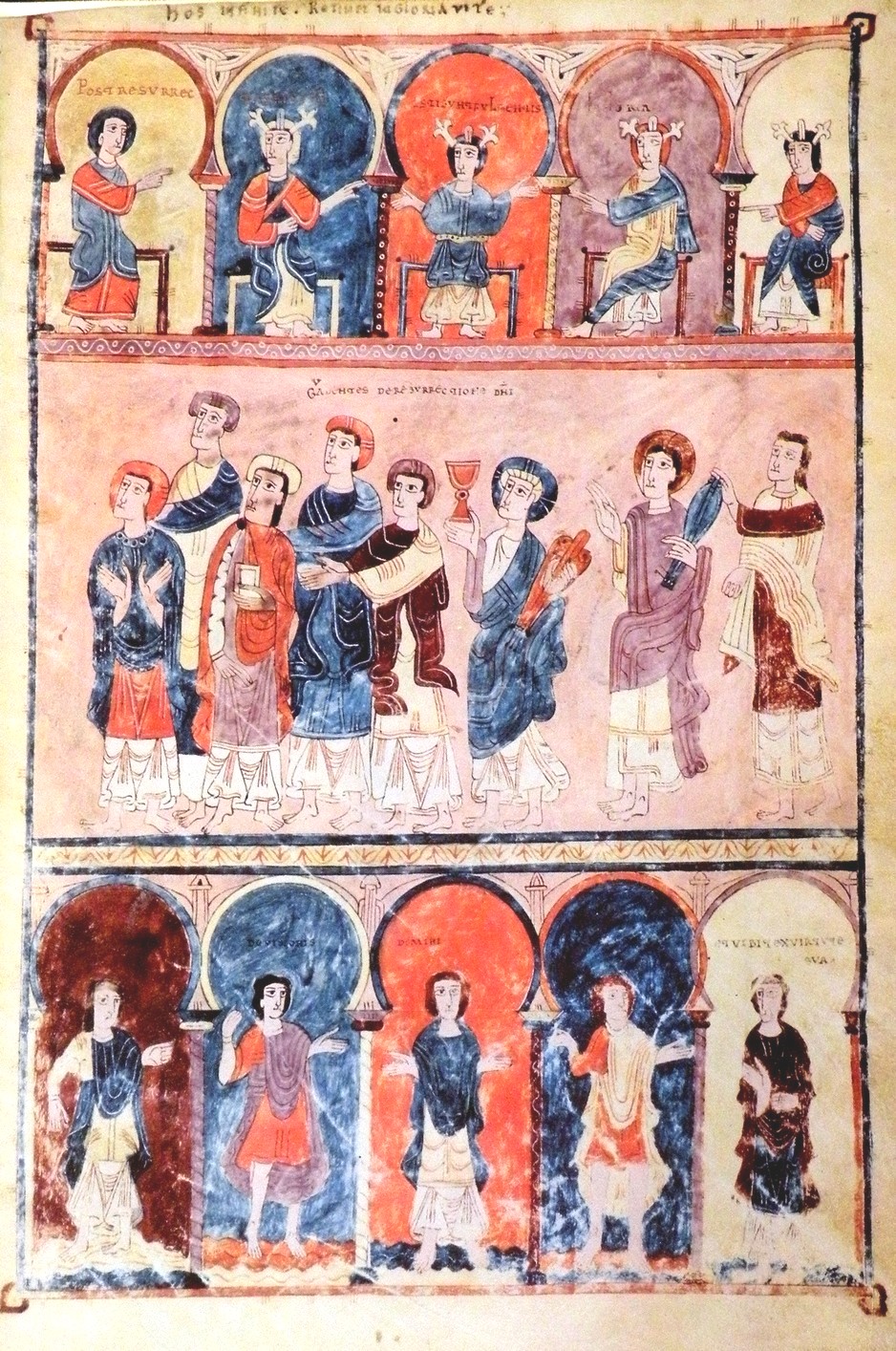 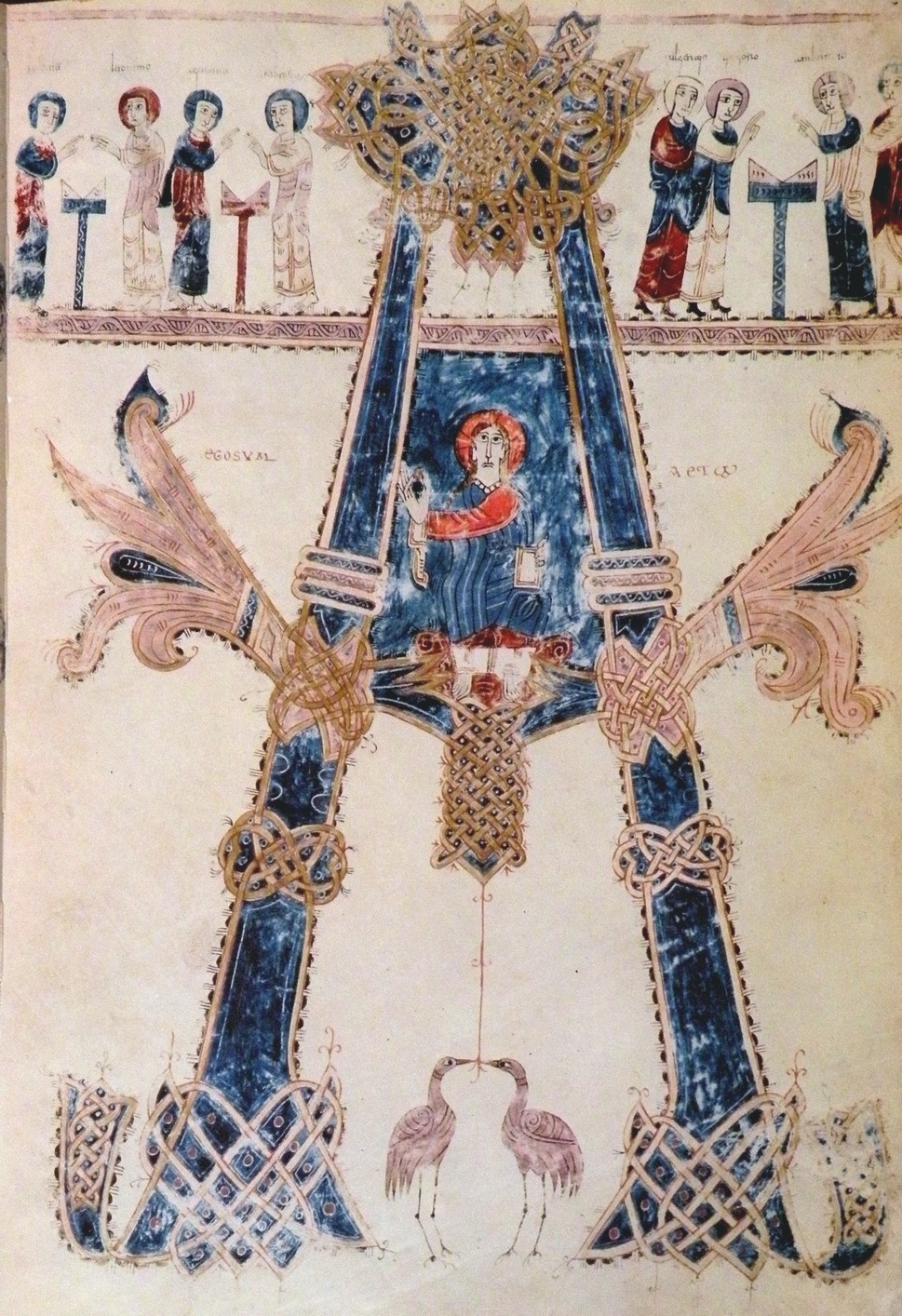 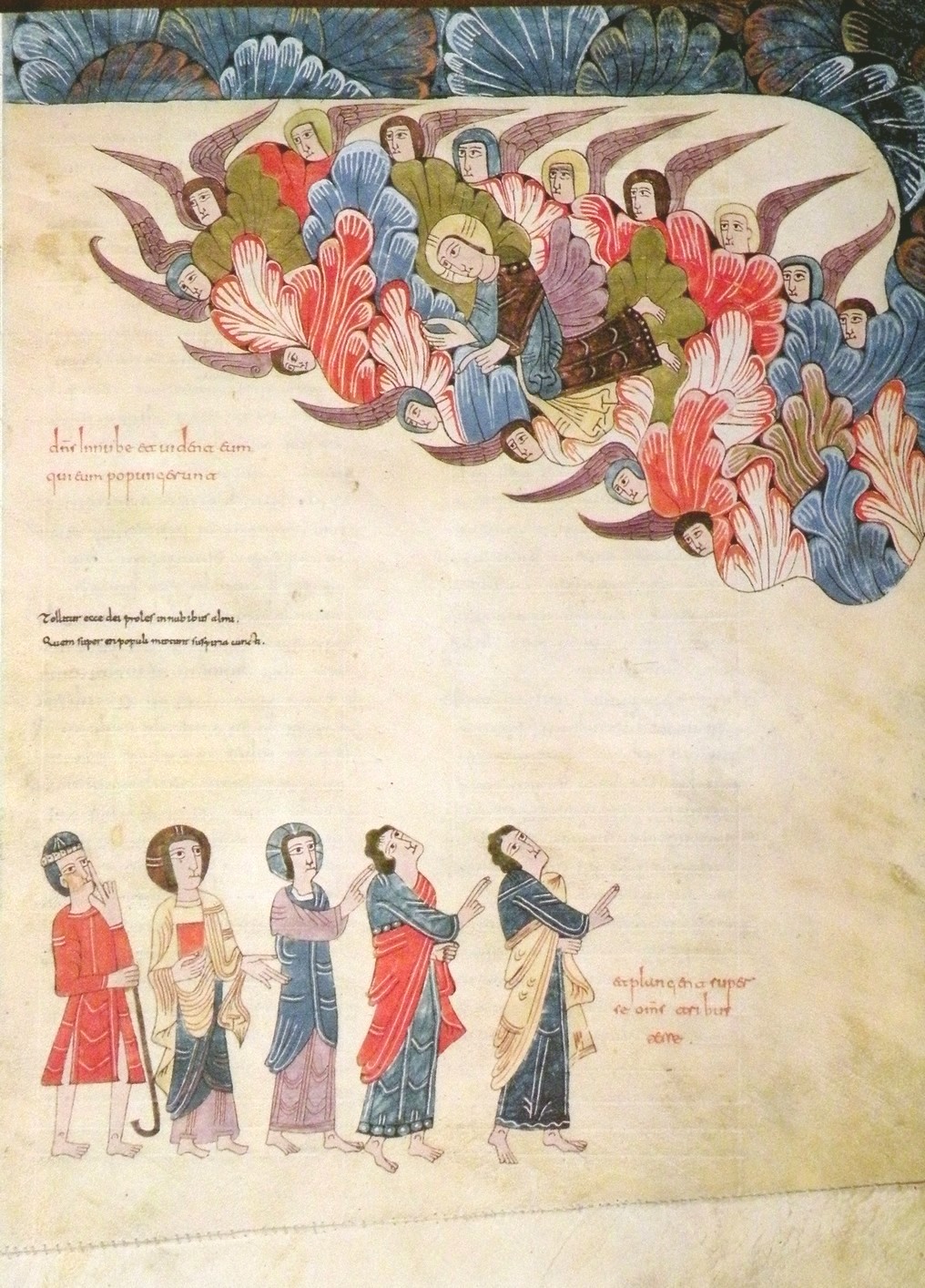 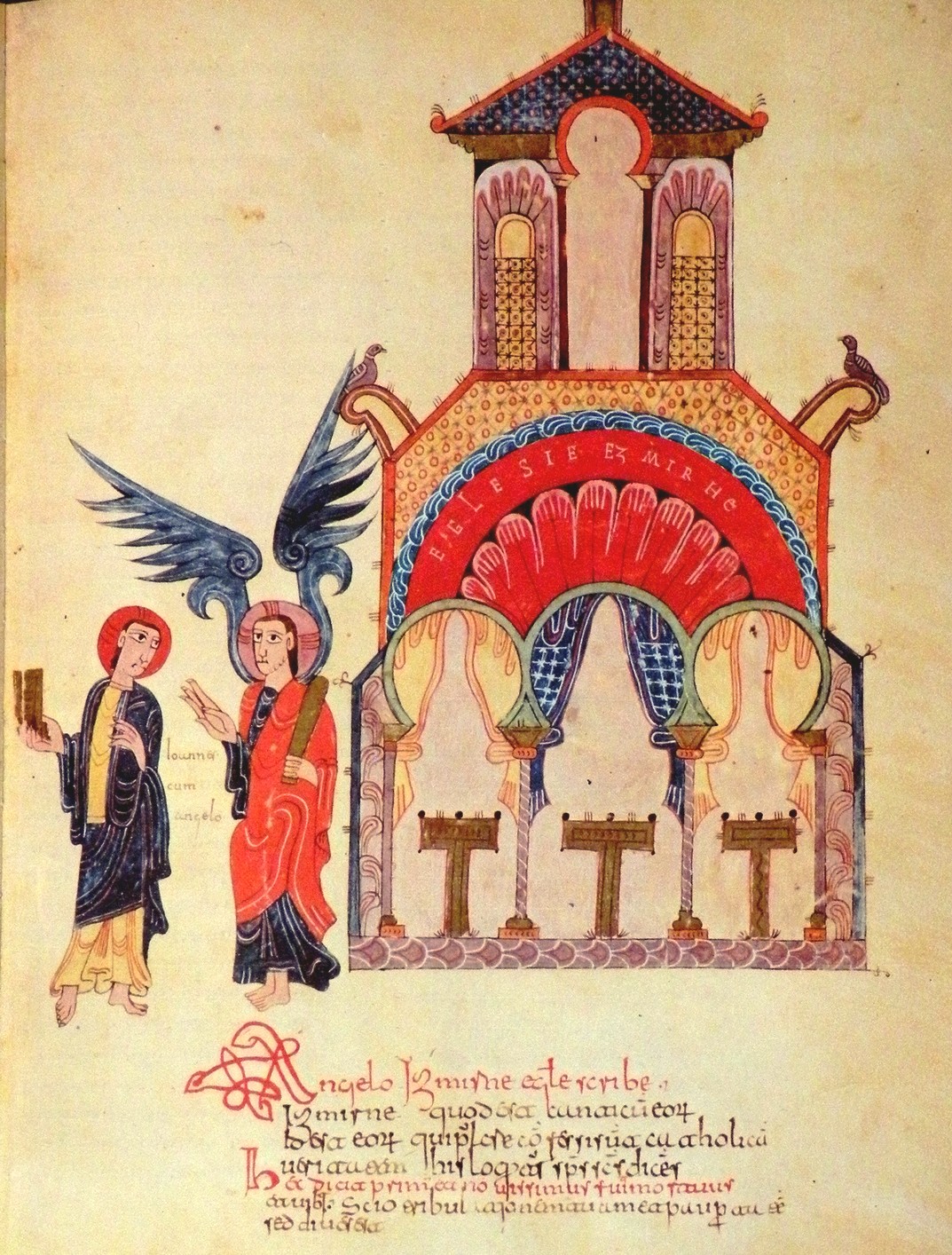 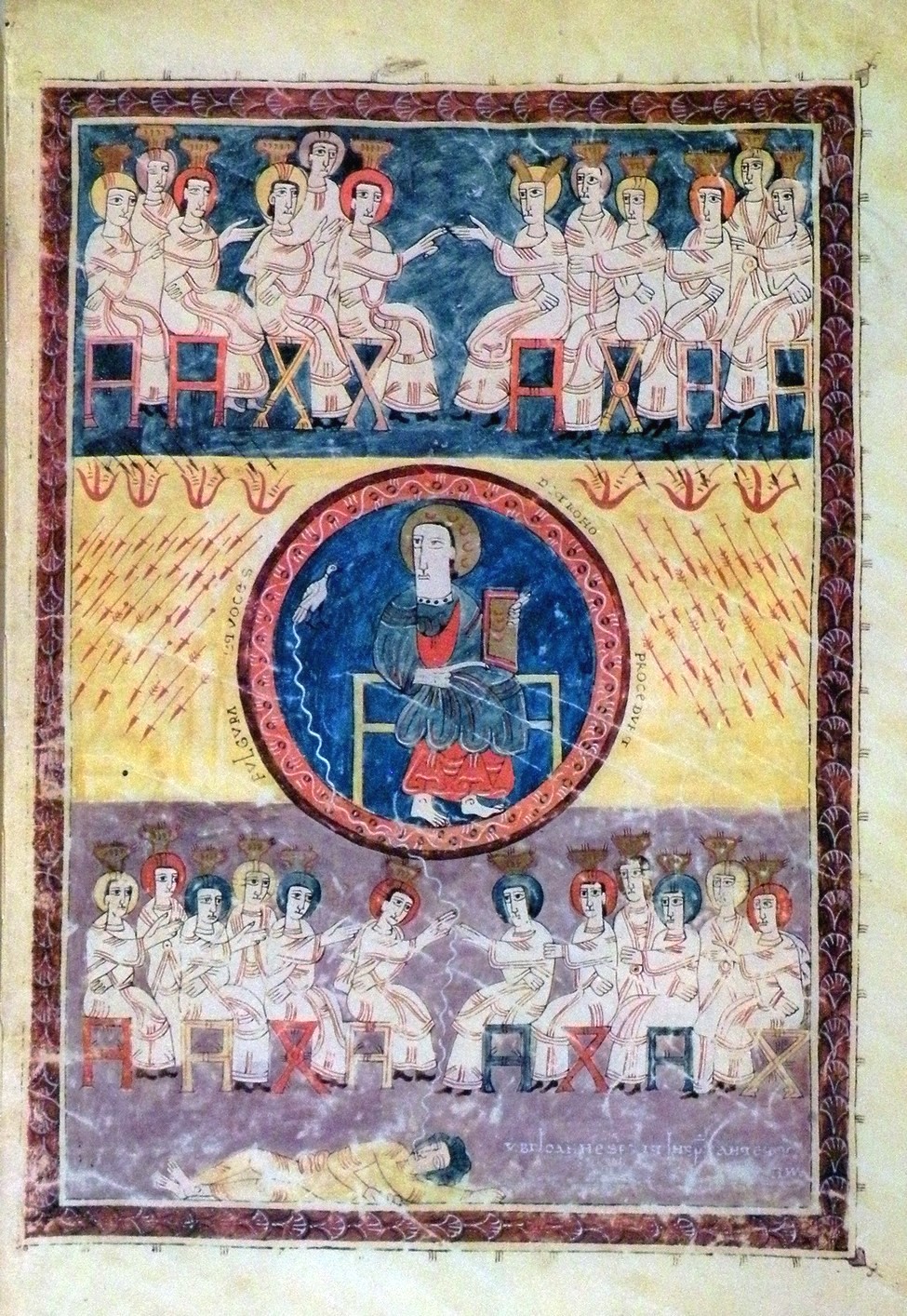 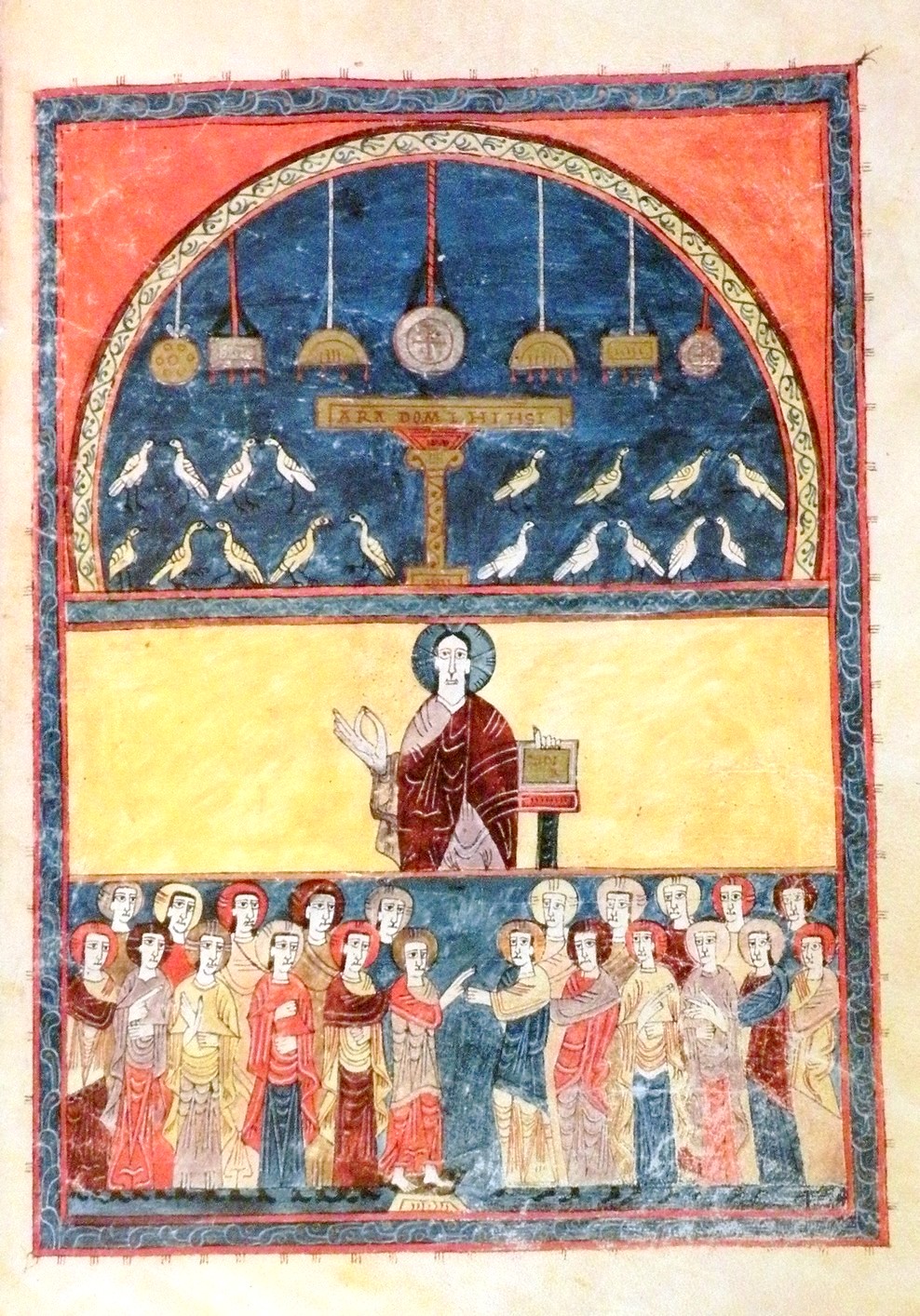 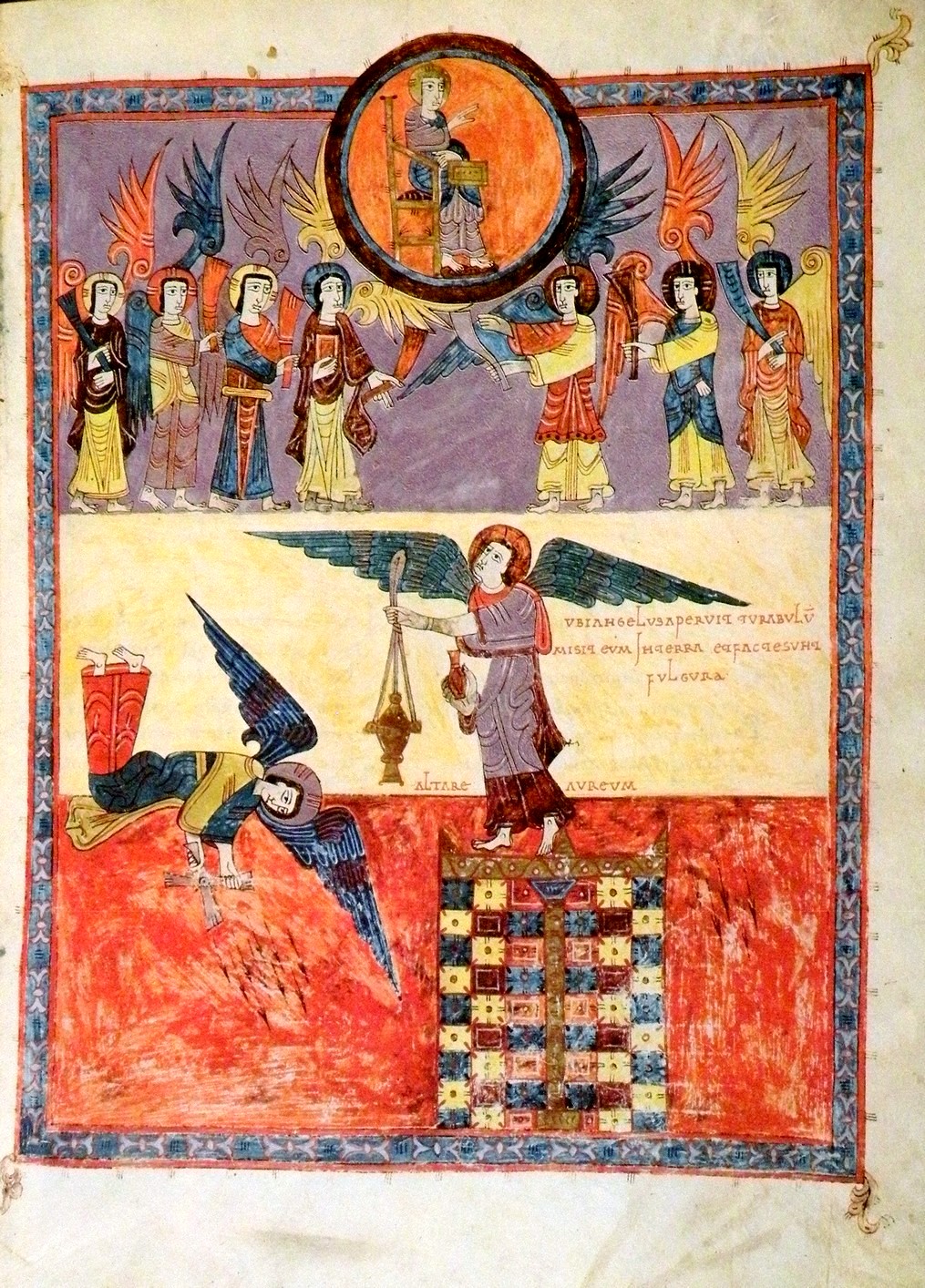 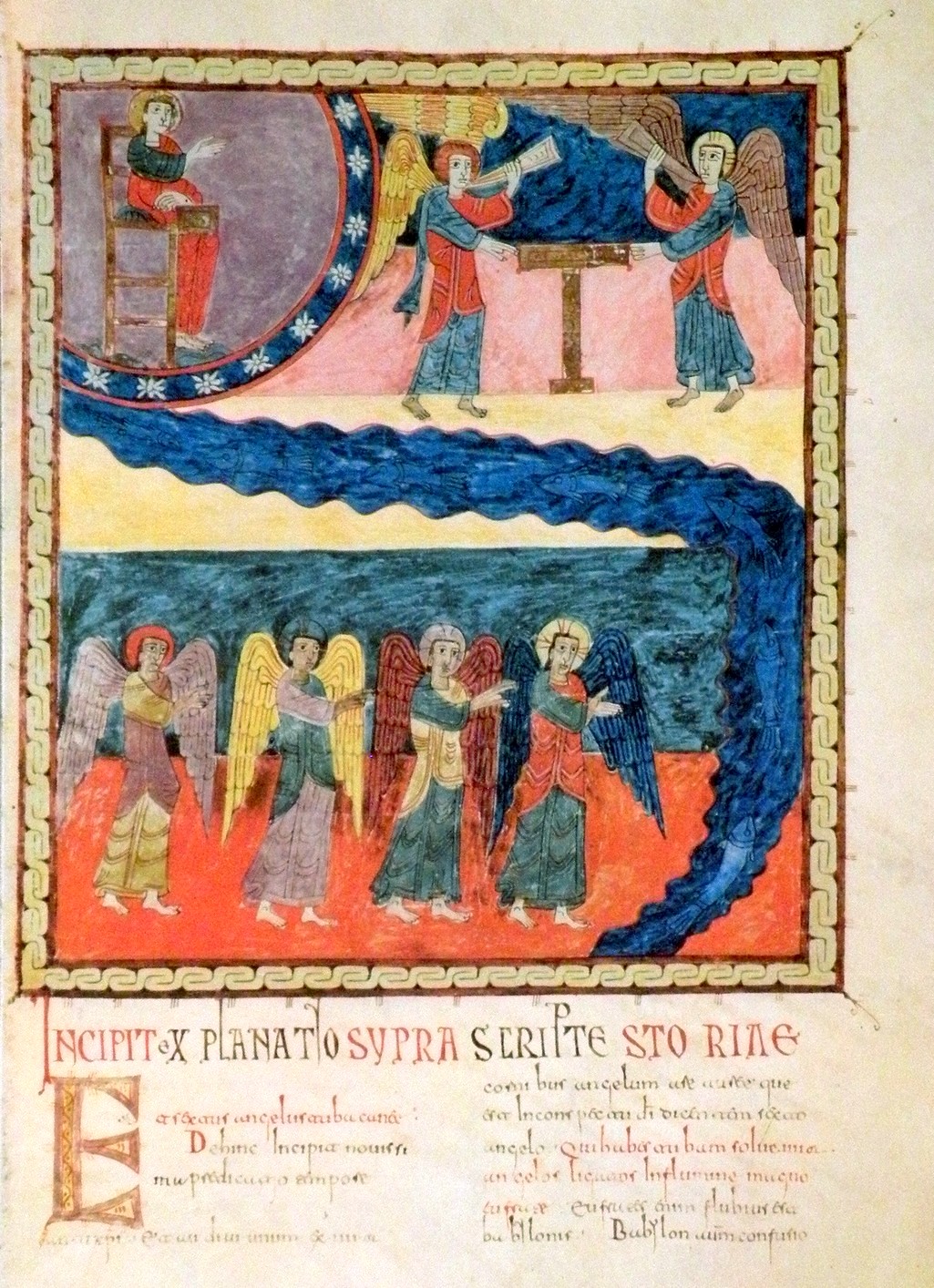 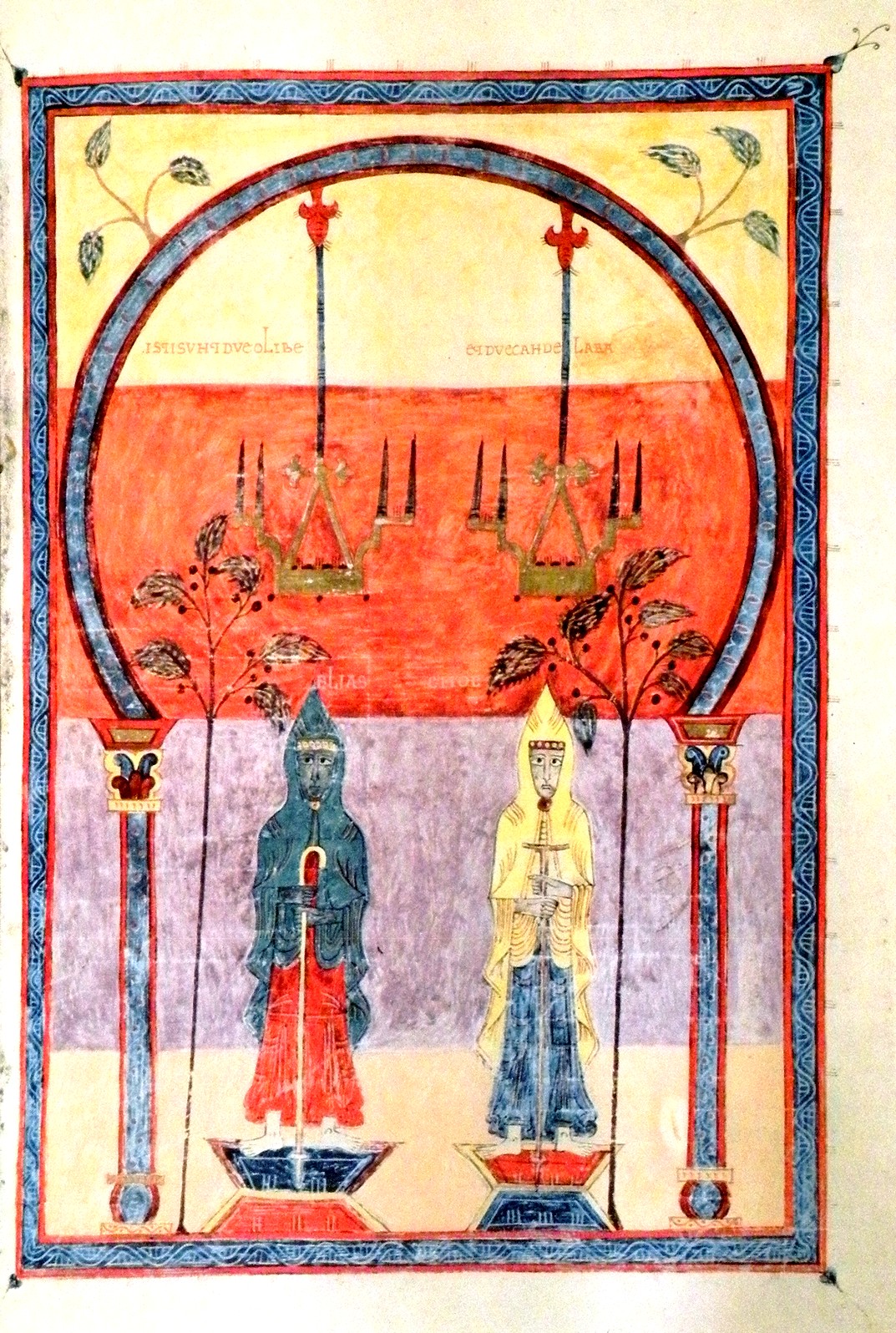 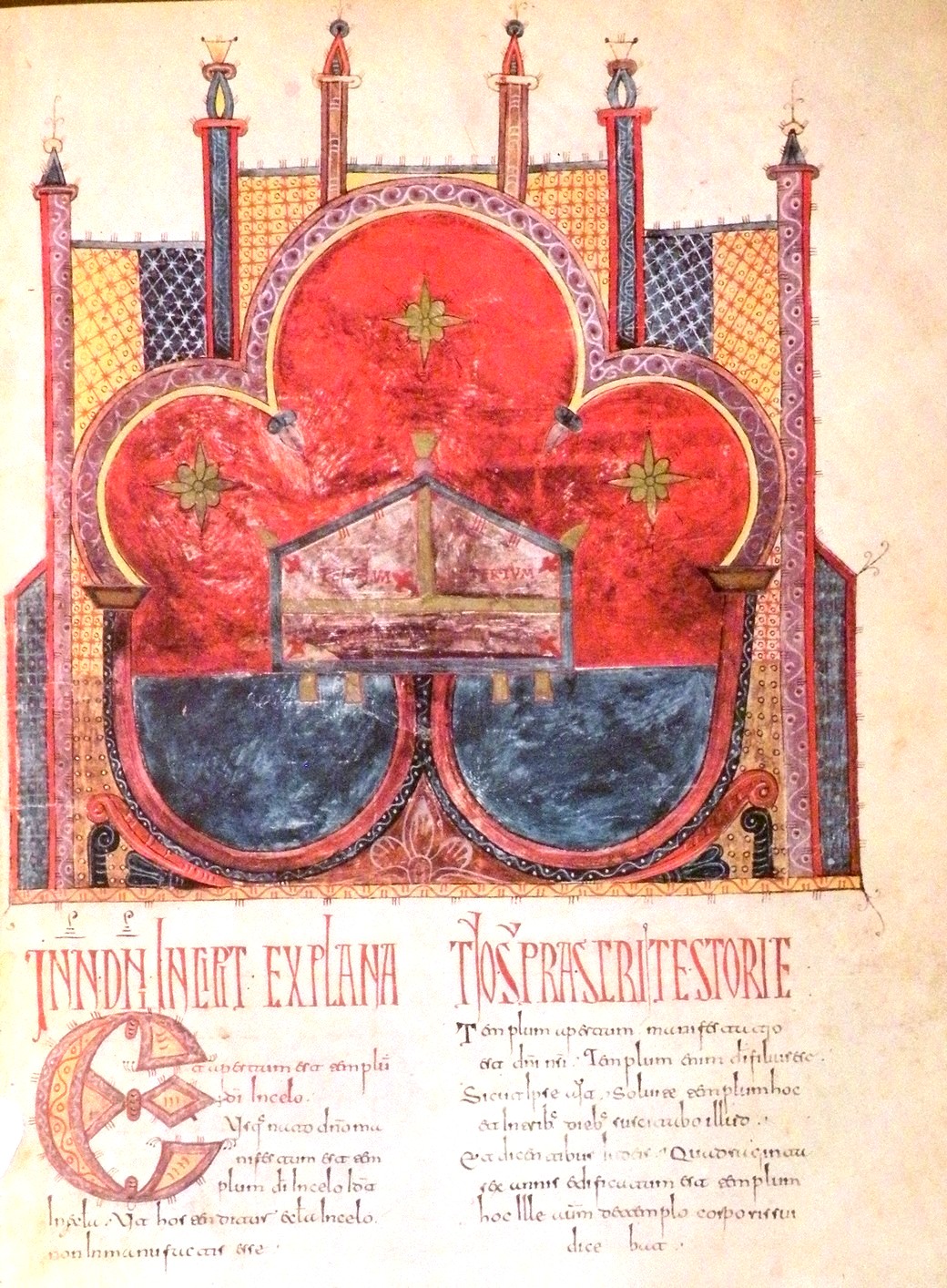 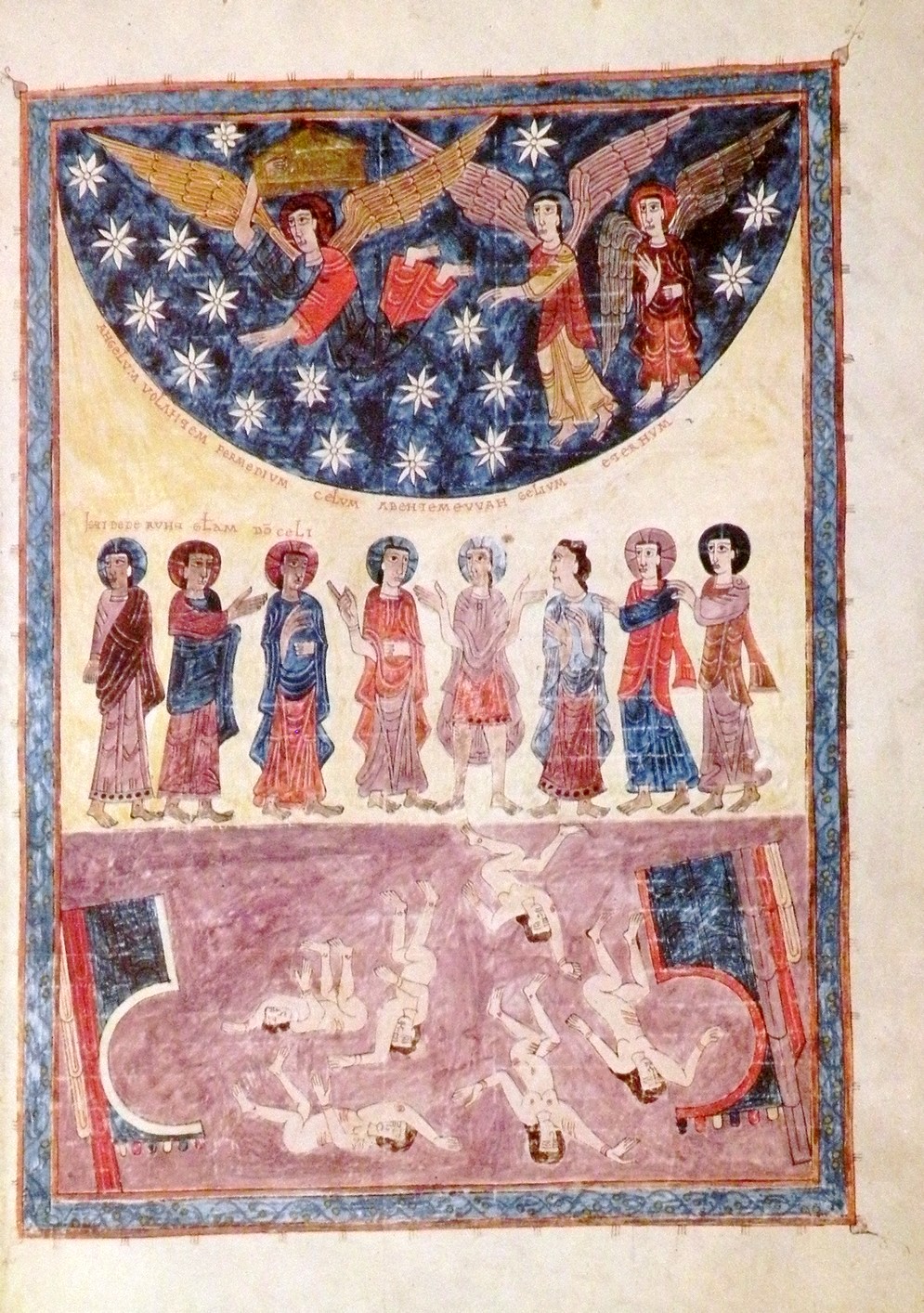 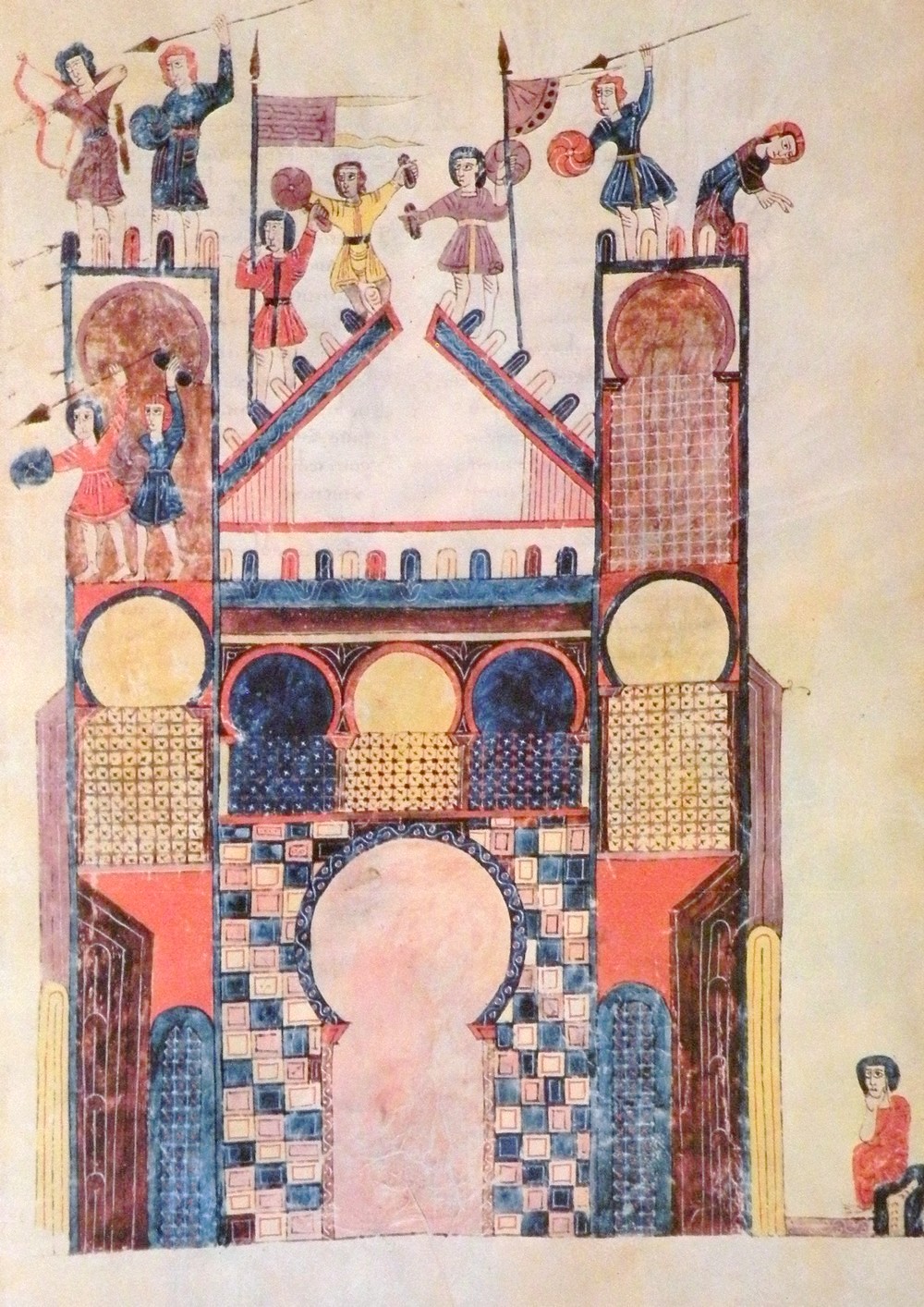 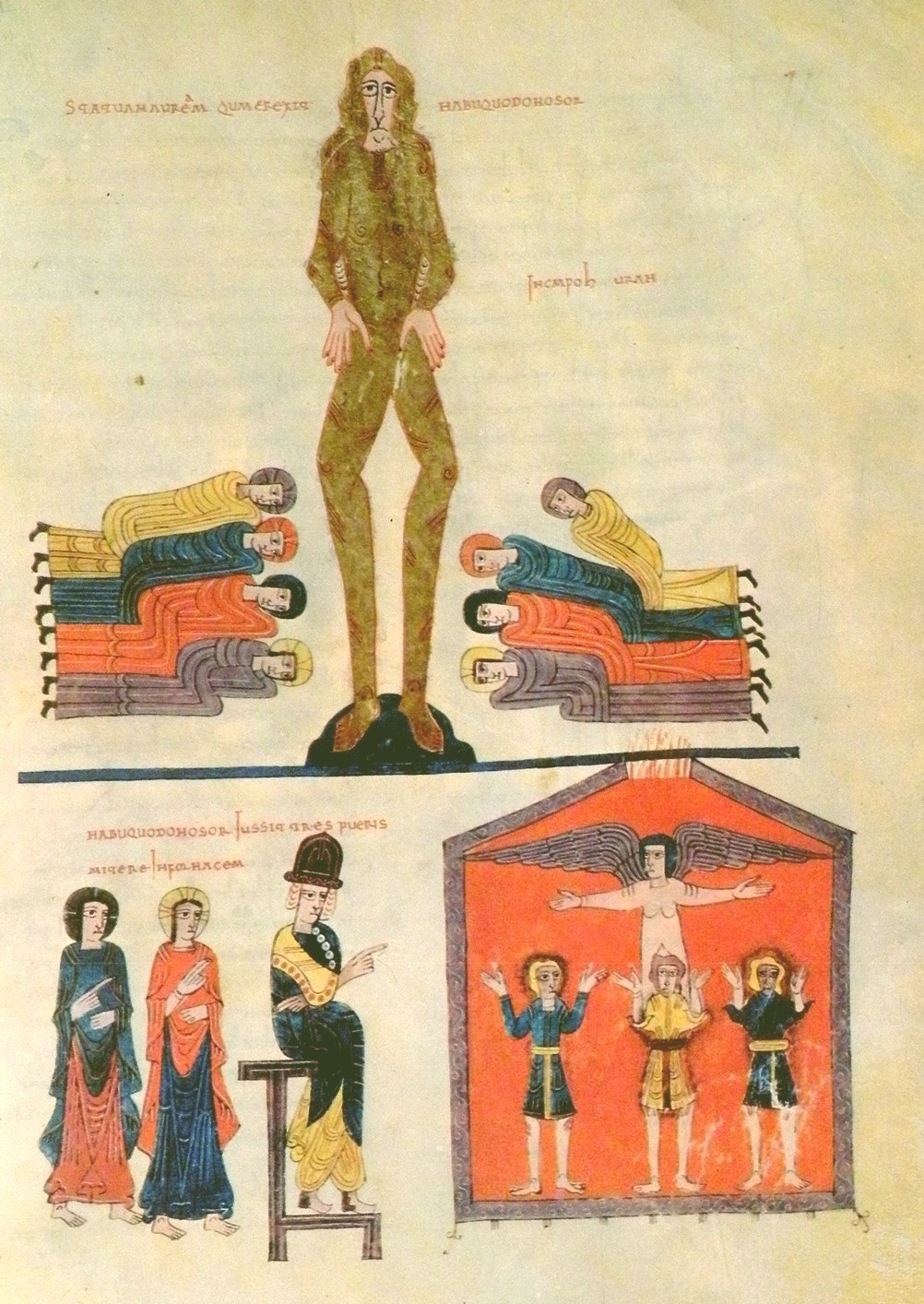