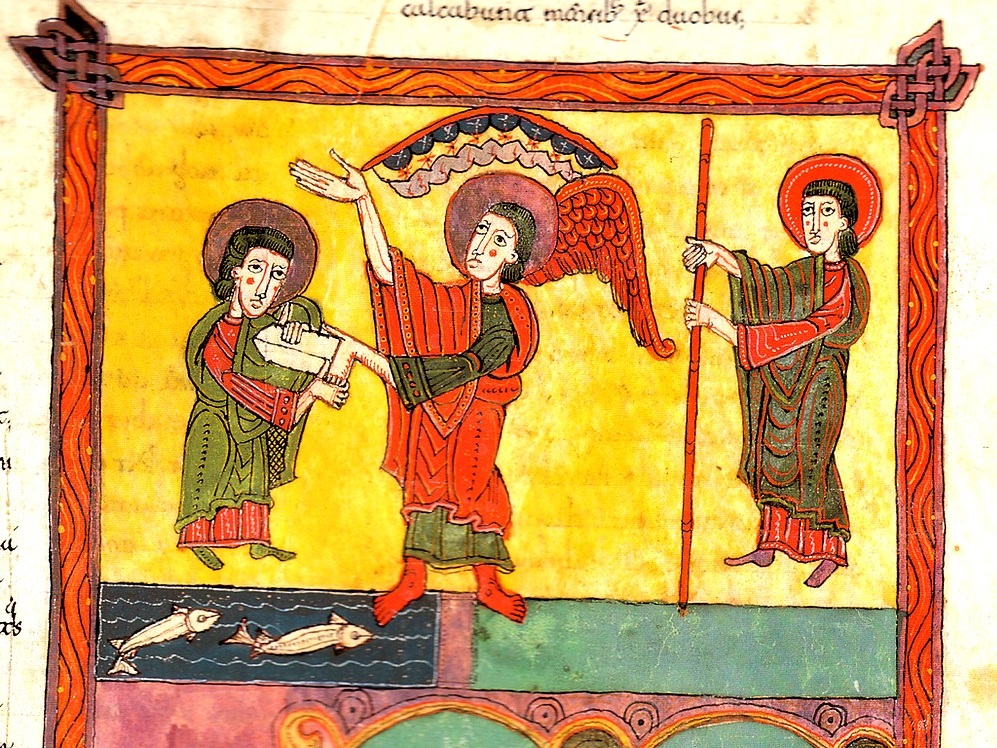 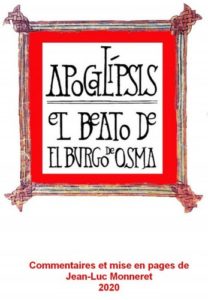 Study of the Blessed of Burgo de Osma by our collaborator Jean-Luc Monneret in which all the images of the manuscript have been digitally cleaned. Click the image to access. 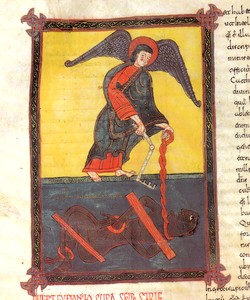 This manuscript, according to several of its pages, was made in 1086 by a cleric named Peter and mostly by Martino, although some pages seem to be the work of other authors of lesser quality. Its scriptorium of origin is not known although by its characteristics it has always been assumed that it would be a Leonese monastery. At present B. P. Shailor and J. Willians believe that there are sufficient reasons to consider it as a work of the scriptorium of Sahagún.

It seems to be, from a note dated 1203, that at that time it was in the monastery of Carracedo, community that, like that of Sahagún, had the favor of the Leonese monarchs. At present it is in the Chapter Library of the Cathedral of the Burgo de Osma, and although we have no news about when or how it came to it, it already appeared in an inventory of old books of that bishopric in the early fourteenth century.

Since then, there had been very little information on this important manuscript and on the few occasions that it was mentioned there was no reference to its quality, and even in some cases it was not even indicated that it was a miniature manuscript. It was from 1931 and thanks to which P. Orcajo published an article about him in Ars Studio when he became known and valued.

There is agreement among the different researchers that it is a copy that corresponds to the family I of the pictorial version, although with significant modifications in some images 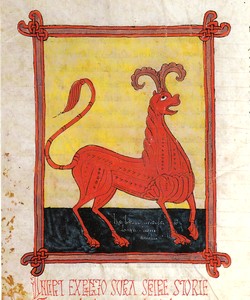 , it has not been possible to determine if they are innovations of this Blessed or if they come from a previous one that served as a model for Martino. As for the textual version, there is coincidence that it corresponds to that dated to the year 784, which implies, because of the differences in the different criteria of classification of experts, that according to Klein belongs to the first textual version, while for Sanders, who believes that the first version is that of the year 776, this would be the second significant in some images.

It is considered closely related to the Beato de Lorvao, written a hundred years later, which besides belonging to the same pictorial and textual versions, presents iconographic forms common to the Oxomean codex that do not appear in any other Beato. Because of this, it is assumed that the two were copied from the same previous Blessed or that in the making of the de Lorvao this Blessed was directly used as a model. Nevertheless, the quality of the manuscript of the Burgo de Osma is far superior to that of the Portuguese Blessed.

Although it still preserves the Visigothic writing of the previous phase, it is the second Blessed, and the first among the Hispanics who have come to us, which already corresponds to a clearly Romanesque iconographic style. The only known Romanesque Blessed before this is Saint Server, which was created a few years earlier in a French monastery. In the Spanish codices, the transition to the Romanesque, which is already beginning to be observed in the Blessed of Ferdinand I, is consummated in 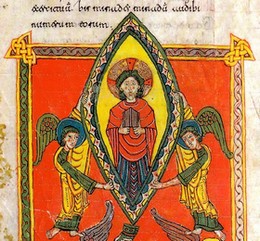 el del Burgo de Osma, so it seems likely that it was carried out in the scriptorium of a monastery of Cluniacense ascription or under the authority of a bishop of that order, who was the main introducer of Romanesque art and the Gregorian liturgy in Spain. The monastery of Sahagún at that time was led by Abbot Bernardo, who had implanted the Cluniacense observance and later became Archbishop of Toledo.

Although it still preserves the horseshoe arches in the representation of architectural elements, in the Beato del Burgo de Osma the Mozarabic characters have already been replaced by courtiers, and by warriors with mesh dimensions and helmets, all according to the uses of the eleventh century. The faces have long convex noses, with eyes as underlined, mottled cheeks and the arms are very long, with a narrow union with the shoulders, usually presenting one or two fingers extended, also very long. The folds of the robes lose abstraction, leaving way for the rationalist and naturalistic images that signify a great change in the form of presentation of the apocalyptic message, but preserving the same special flavor of all its predecessors. The miniatures are of great quality and expressivity, based on opaque colors in dark blue and red tones, as well as yellow, green and purple. In very few cases backgrounds with bands of different colors are used. However, the author has devoted little attention to the headings and the initial letters, which are of little interest.

In short, the Beato del Burgo de Osma is considered as the culminating work of the eleventh century and as one of the most beautiful manuscripts of greatest interest for the study of the Spanish early medieval miniature, not only for its quality, both calligraphic and pictorial and for its special characteristics corresponding to the first pictorial and textual version according to Klein, but also because it is at the same time the last blessed written with Visigothic letter and the first in Romanesque style. 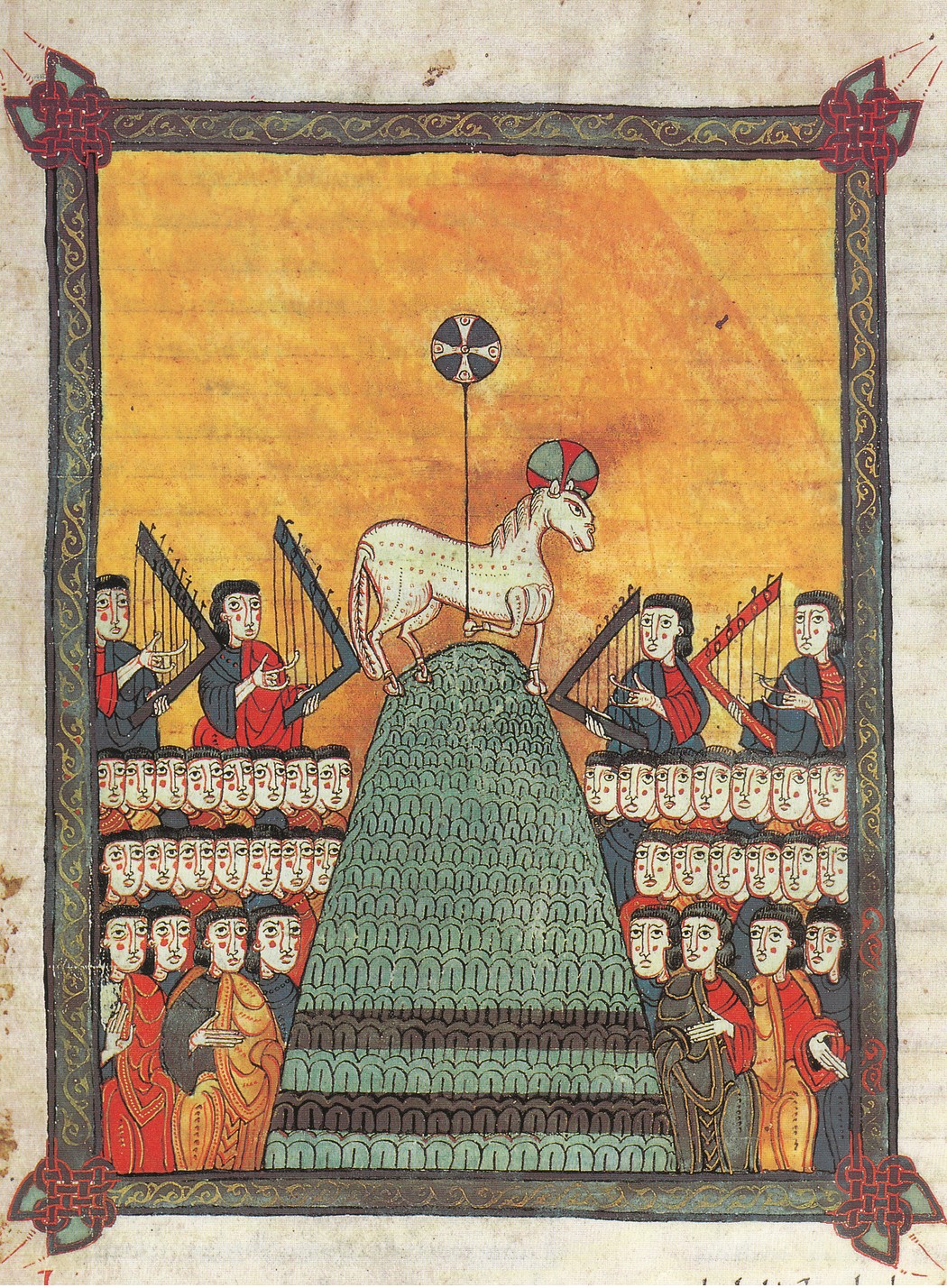 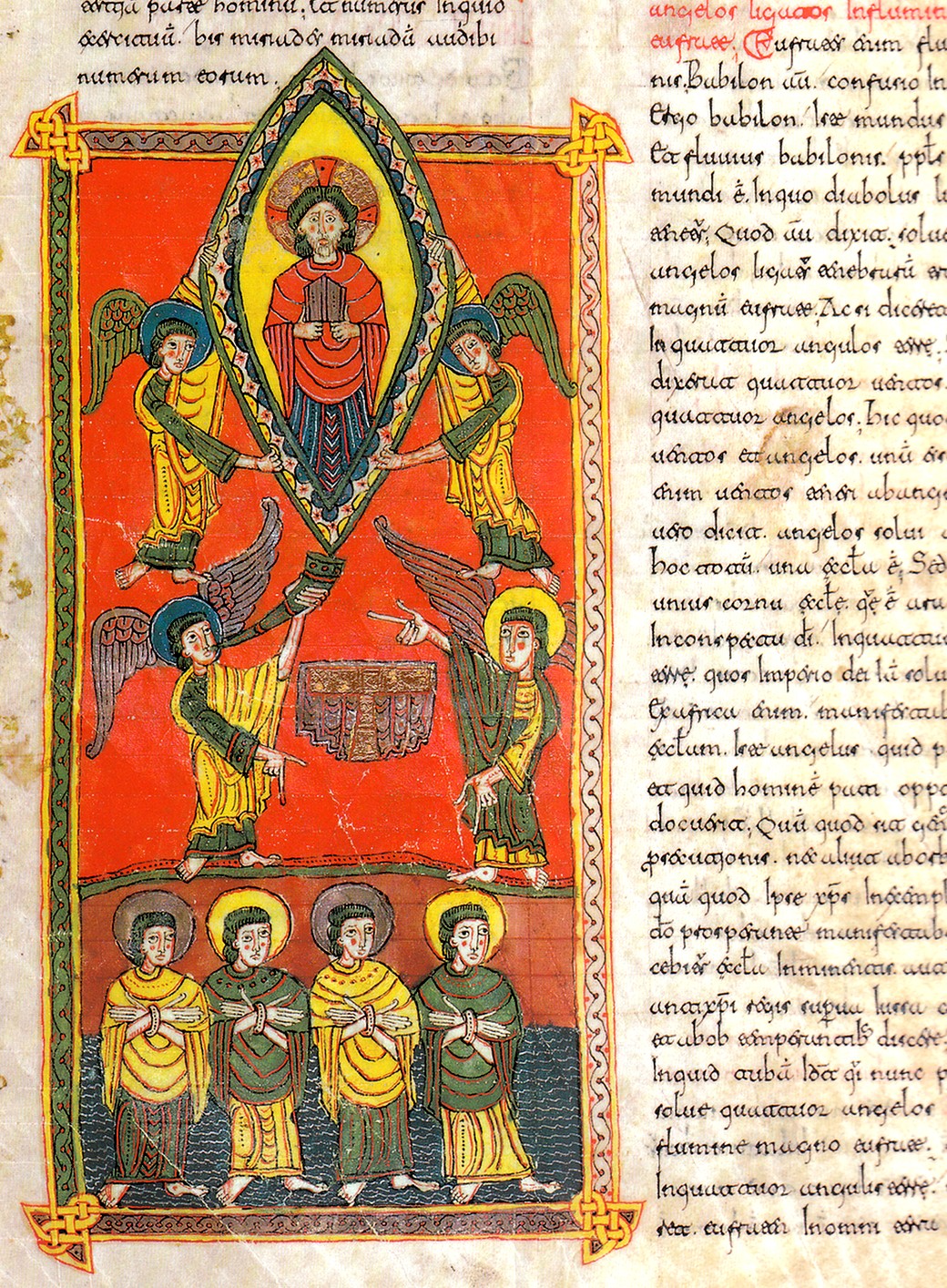 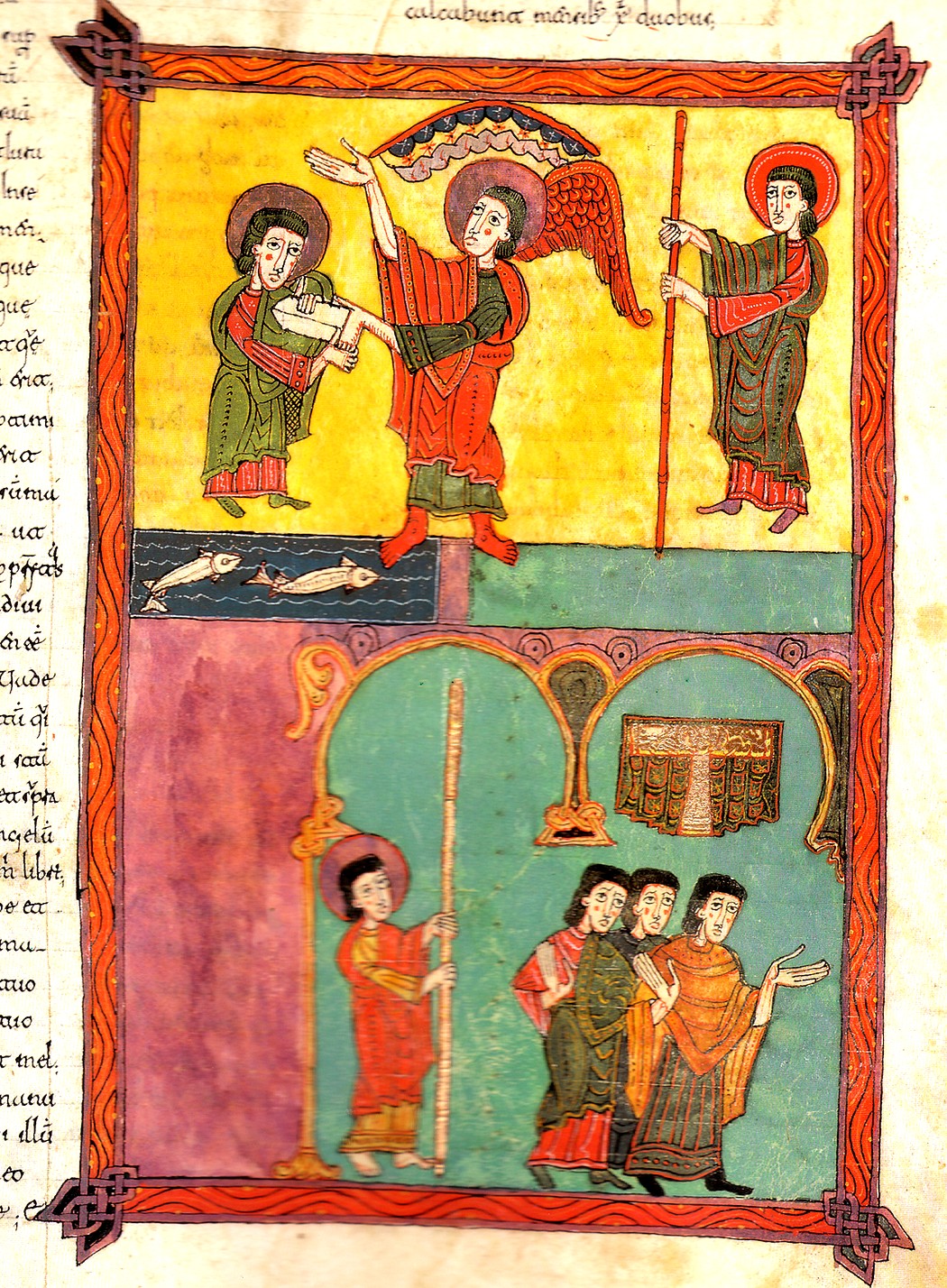 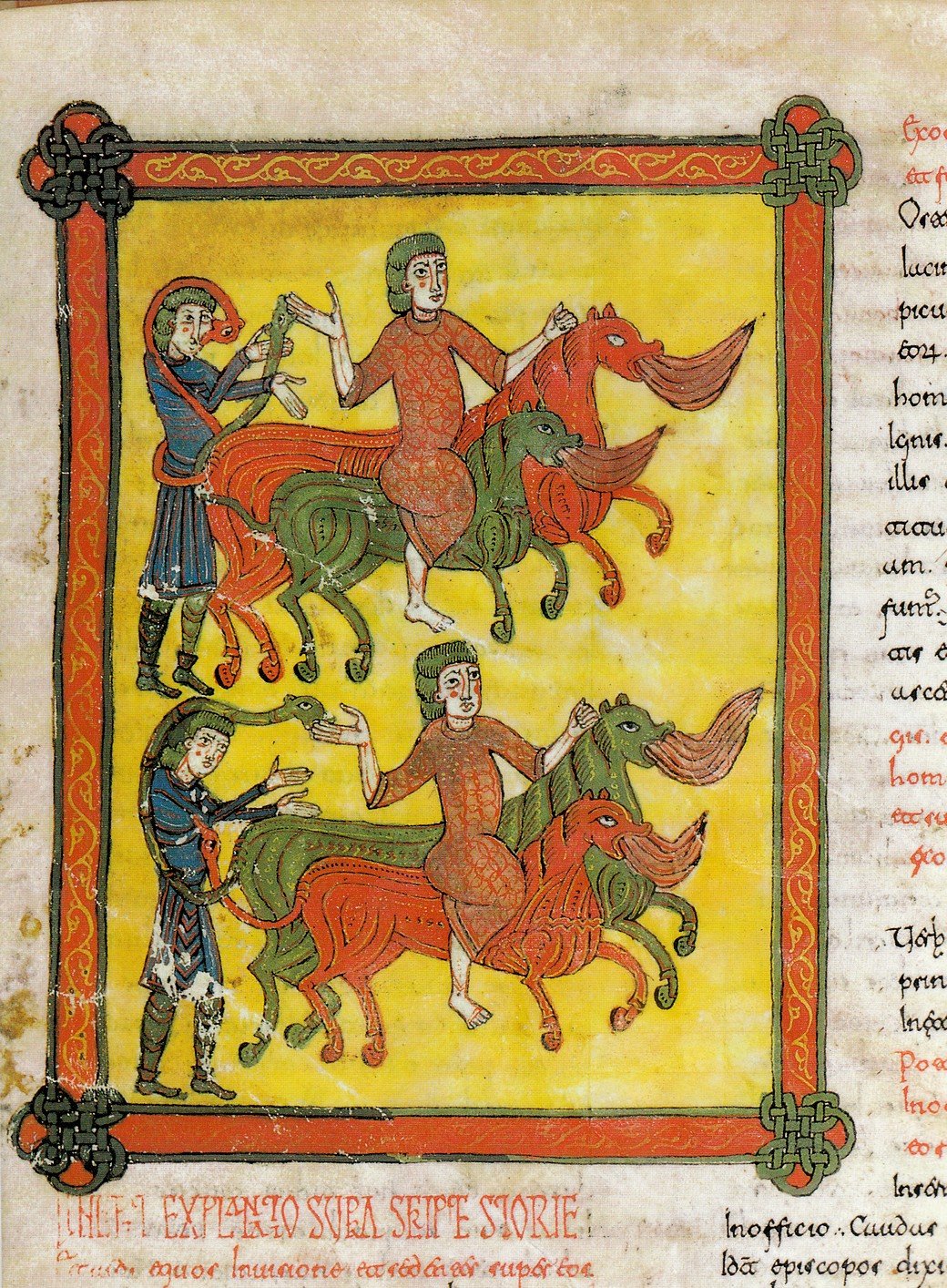 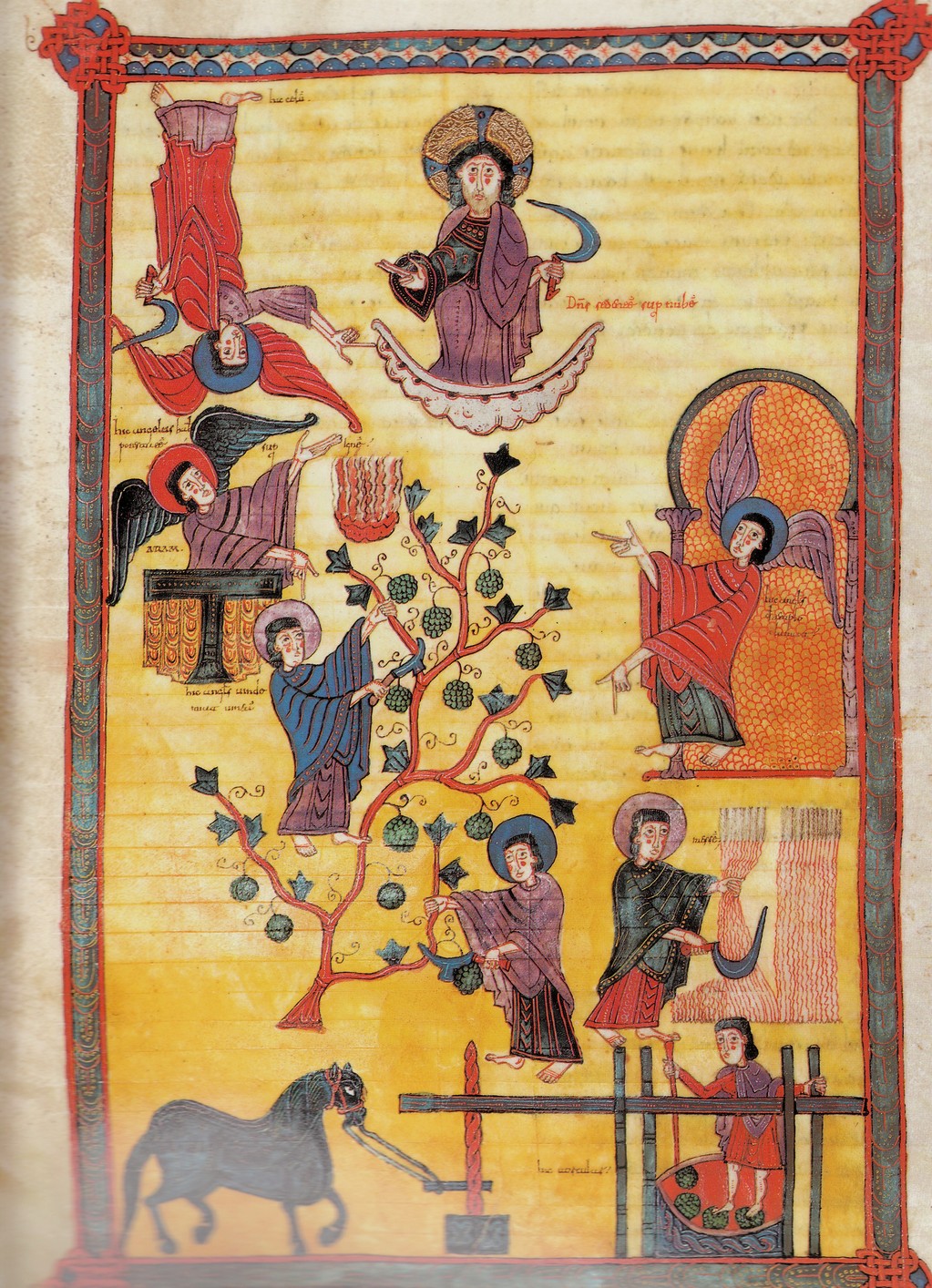 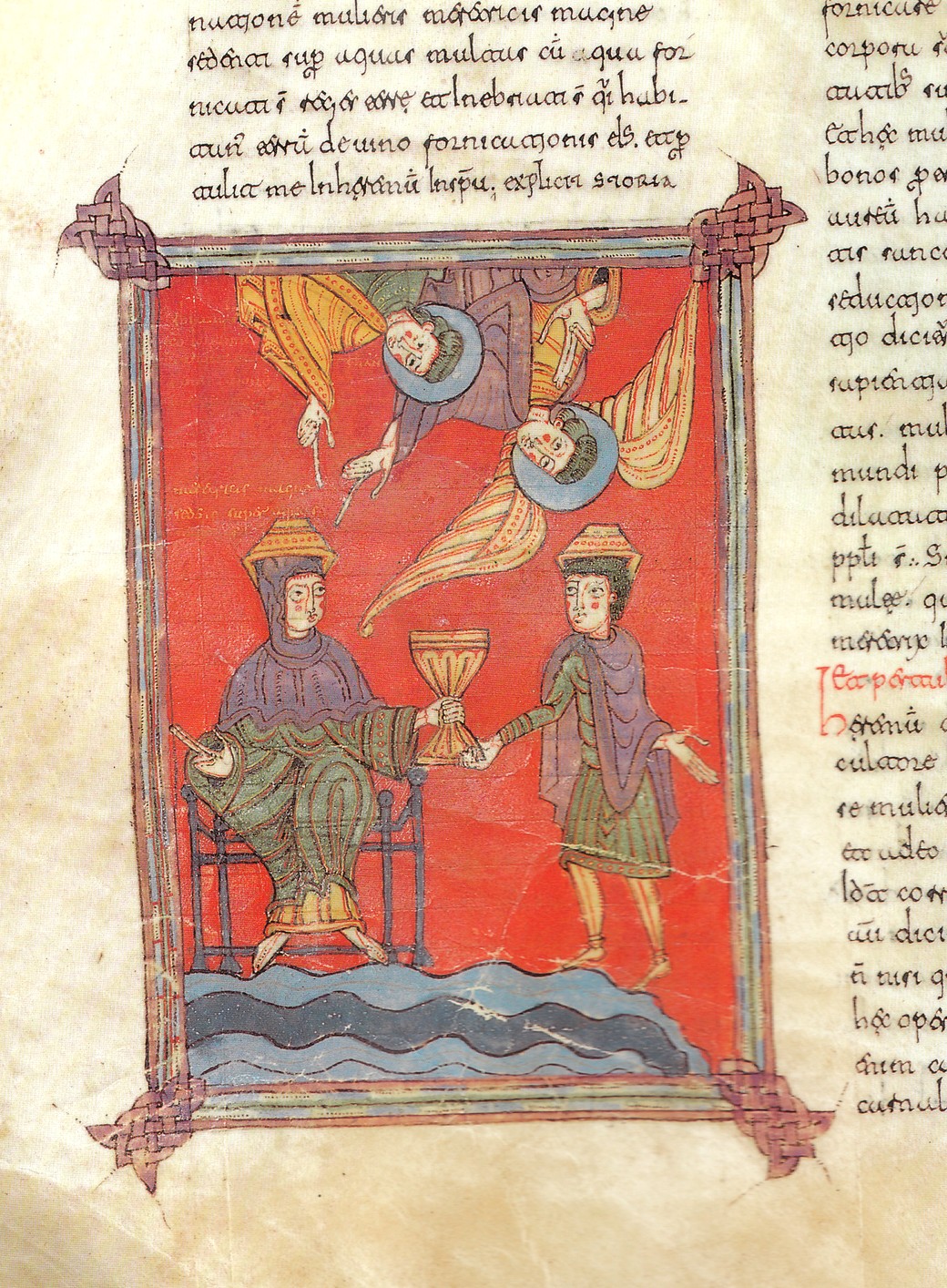 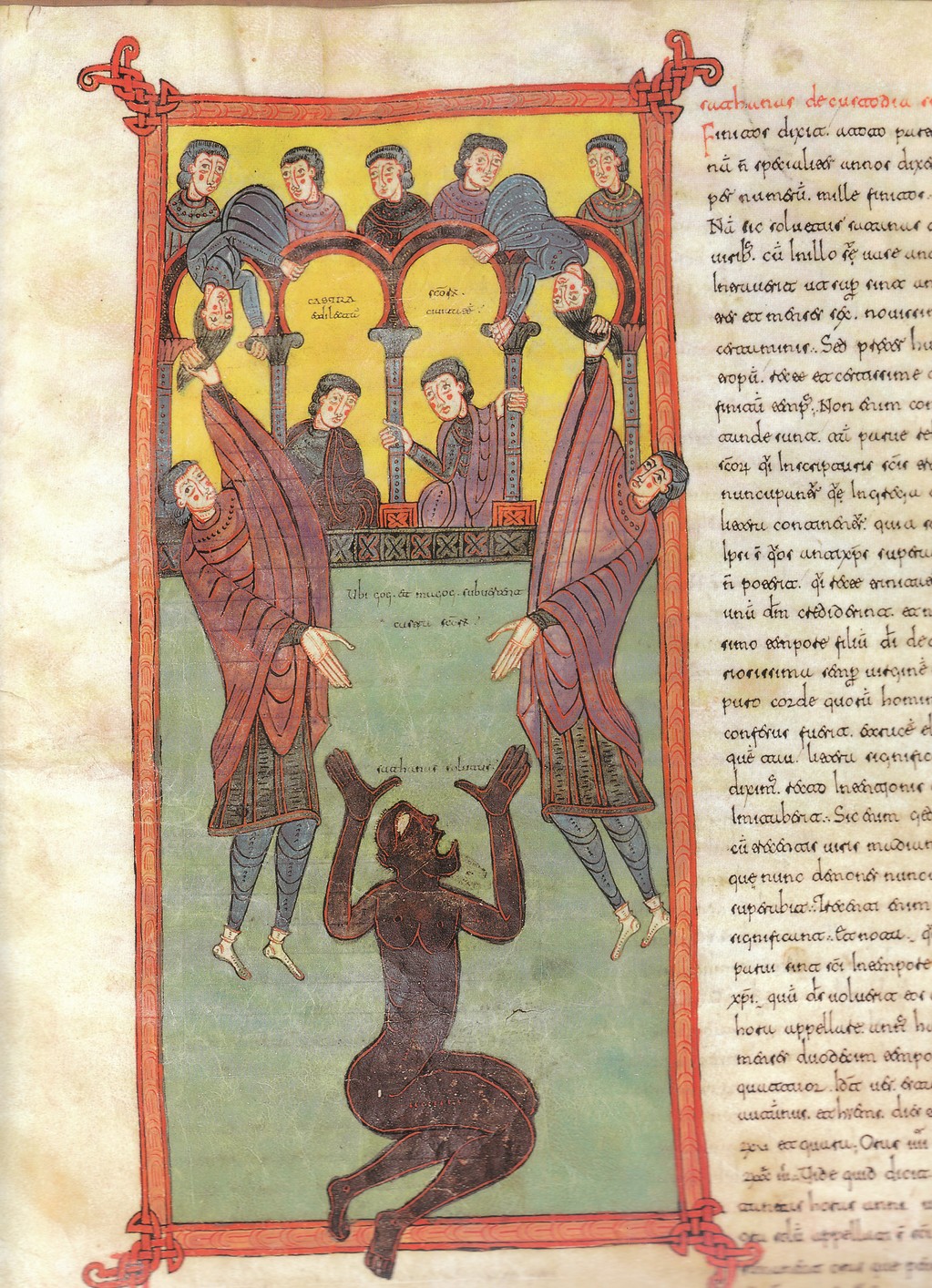 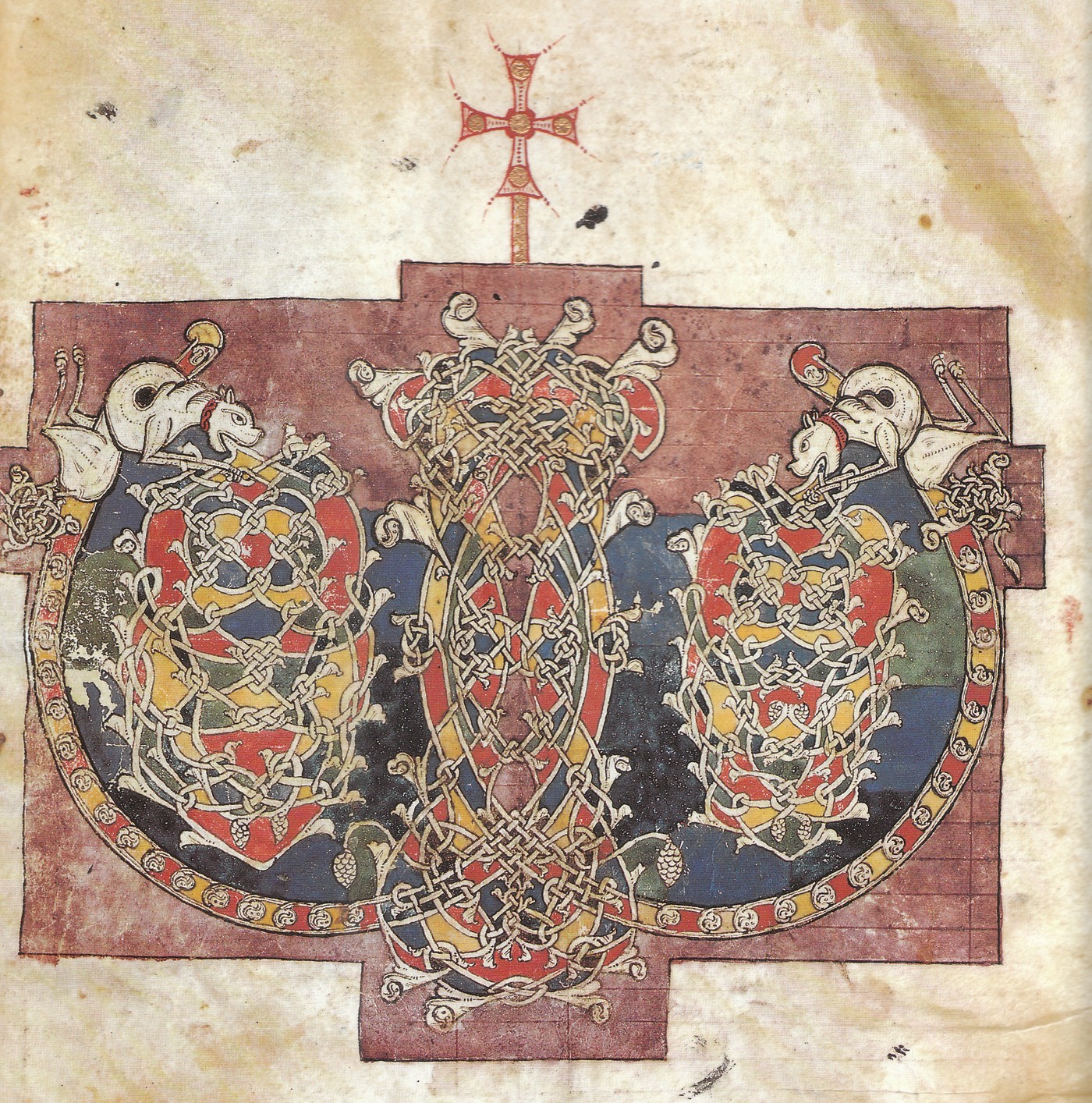