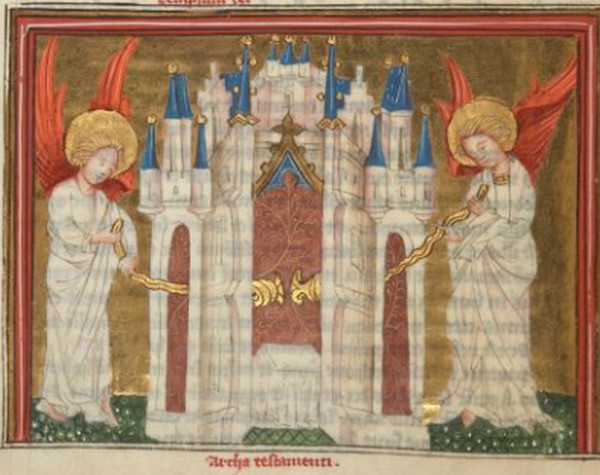 Created around 1400 in the south of the Netherlands, it belonged to the English collector and bibliographer Alfred Henry Huth, as recorded in the 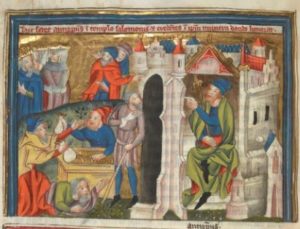 which is preserved in the manuscript. Huth stated in his will that upon his death the Brtish Museum could select 50 volumes from his collection, one of which was this Apocalypse, according to the 1912 catalogue of the 50 manuscripts donated, numbered VIII.

With 47 sheets of parchment 250 X 150 mm. , with the text to one column per line occupying the same space as the images and brown leather binding after 1600, consists of four full-page thumbnails and ninety half-page thumbnails, two on each folio and all on the front page, with the texts in the rectum up to folio 22, from which all the rects are blank although in the verses there are still miniatures up to folio 47.

While in the preamble, folios 1v and 2v, and in the colophon, 45v to 47v, the images illustrate the life of St.John and in the 3rd presents 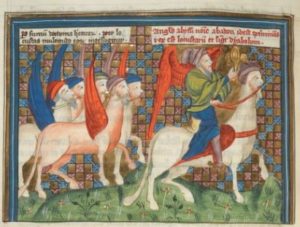 a preface to St. Jerome, the Apocalypse occupies the folios remaining until 47v with an iconographic cycle very similar to that of other English Apocalypses of the 13th century -also narrated in images-, such as Ms. M. 524 of the Morgan Library or Ms.D.IV.17 of the Bodleian Library. However, the texts, in Gothic script, end in the 22nd, leaving up to the 47th blank.

The miniatures, in bright colors with gold on gold backgrounds or diapers, are of great quality and attractive for their freshness and dynamism. The importance given to the images on the text in this manuscript could indicate that it was developed on request.

The design of the images and their themes are also related to two other Flemish manuscripts – Manchester, John Rylands Library Lat MS 19 and London, Welcome Institute, MS 49 – which are believed to have been copied from the same copy in English, although analogies are also found with other English, German and Flemish manuscripts. 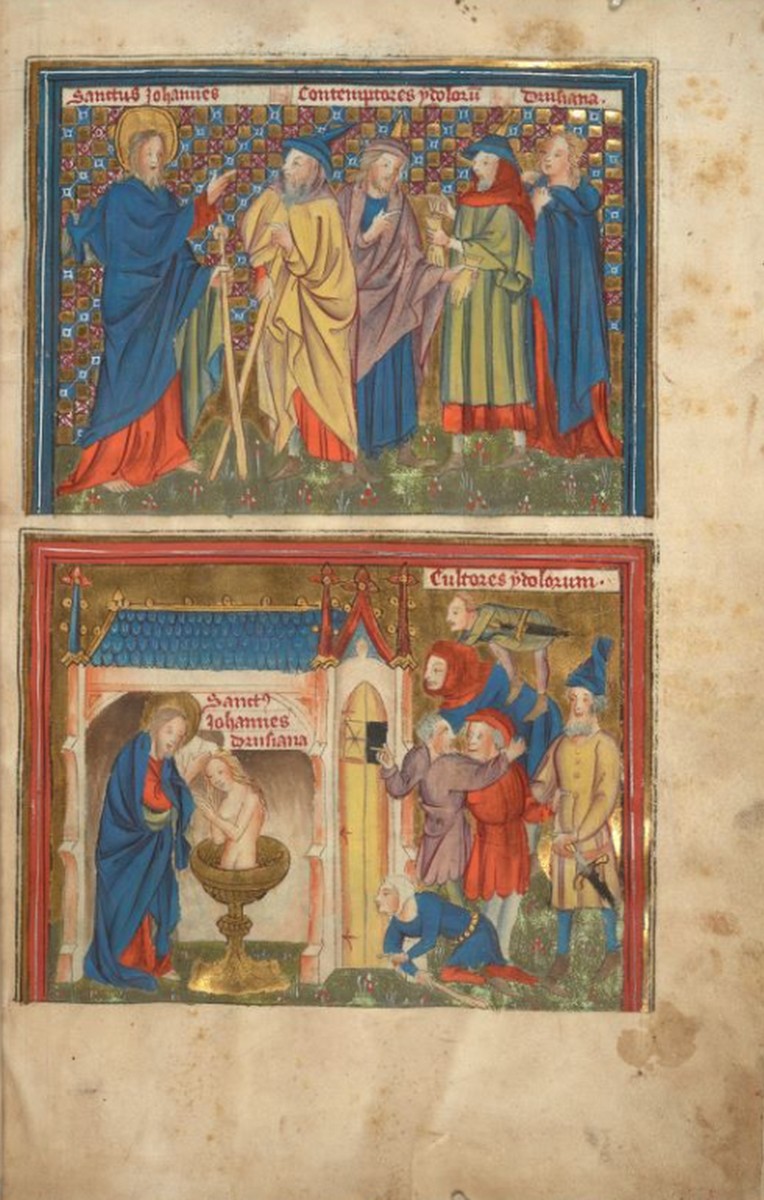 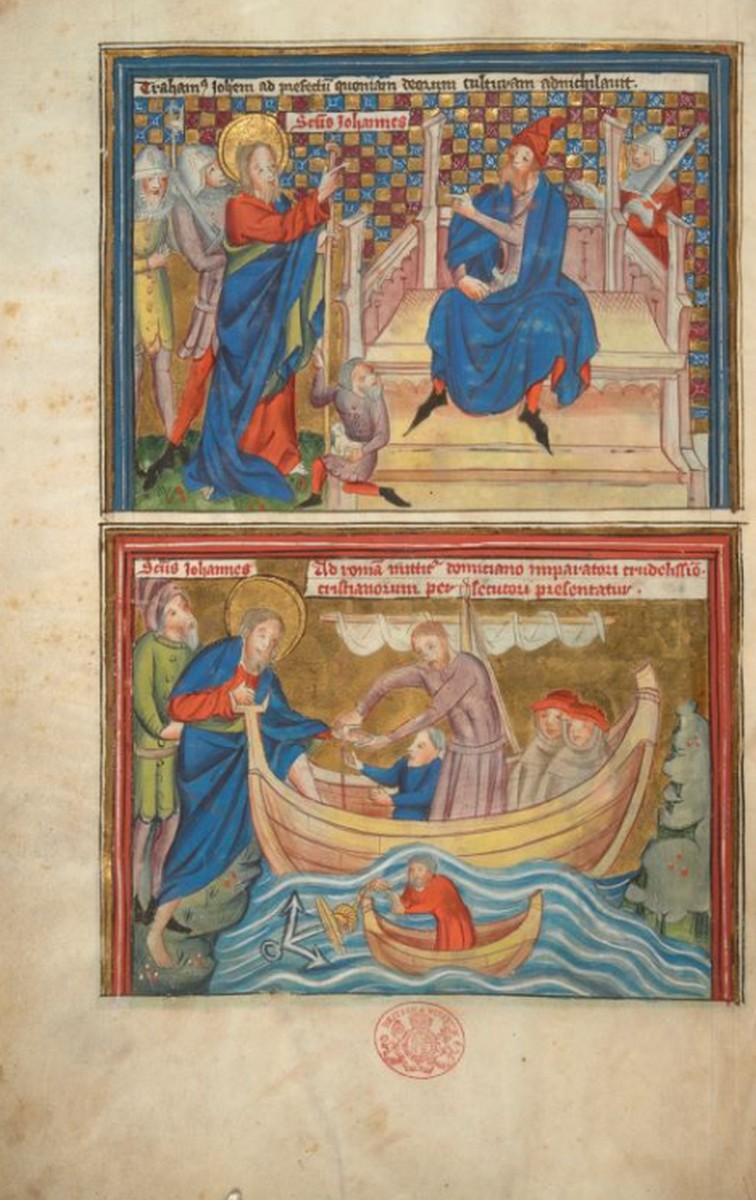 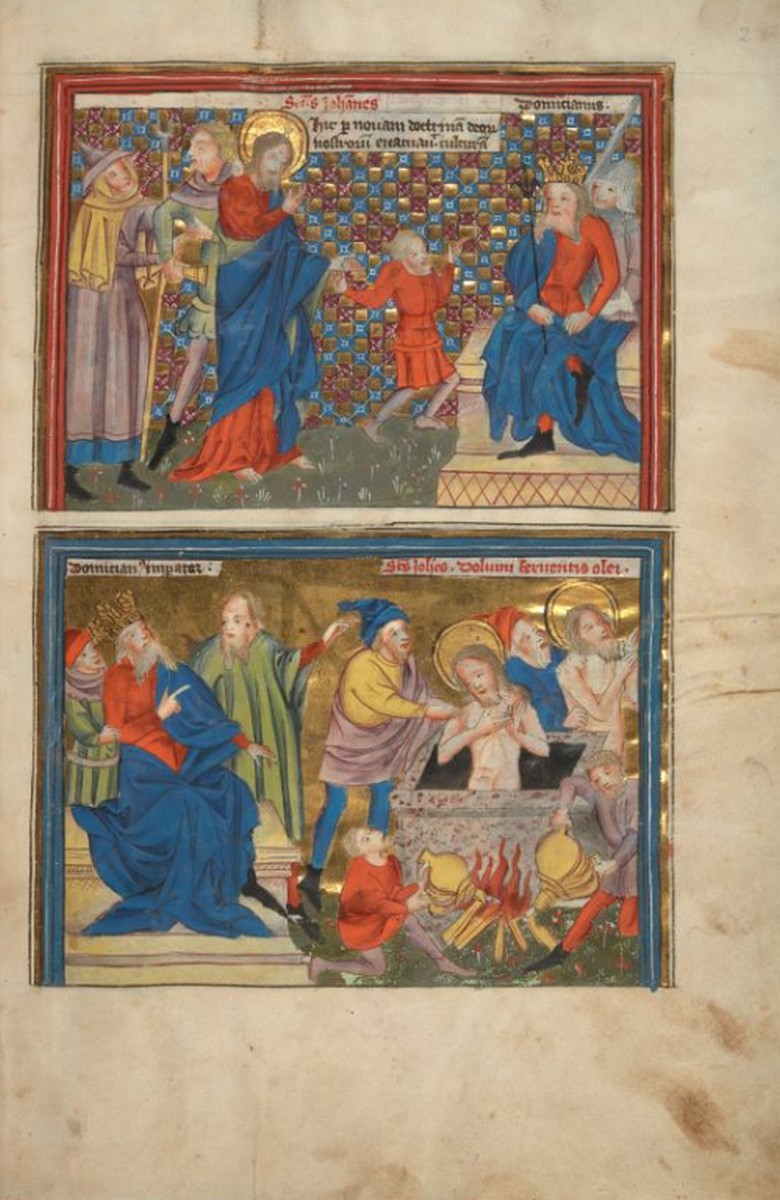 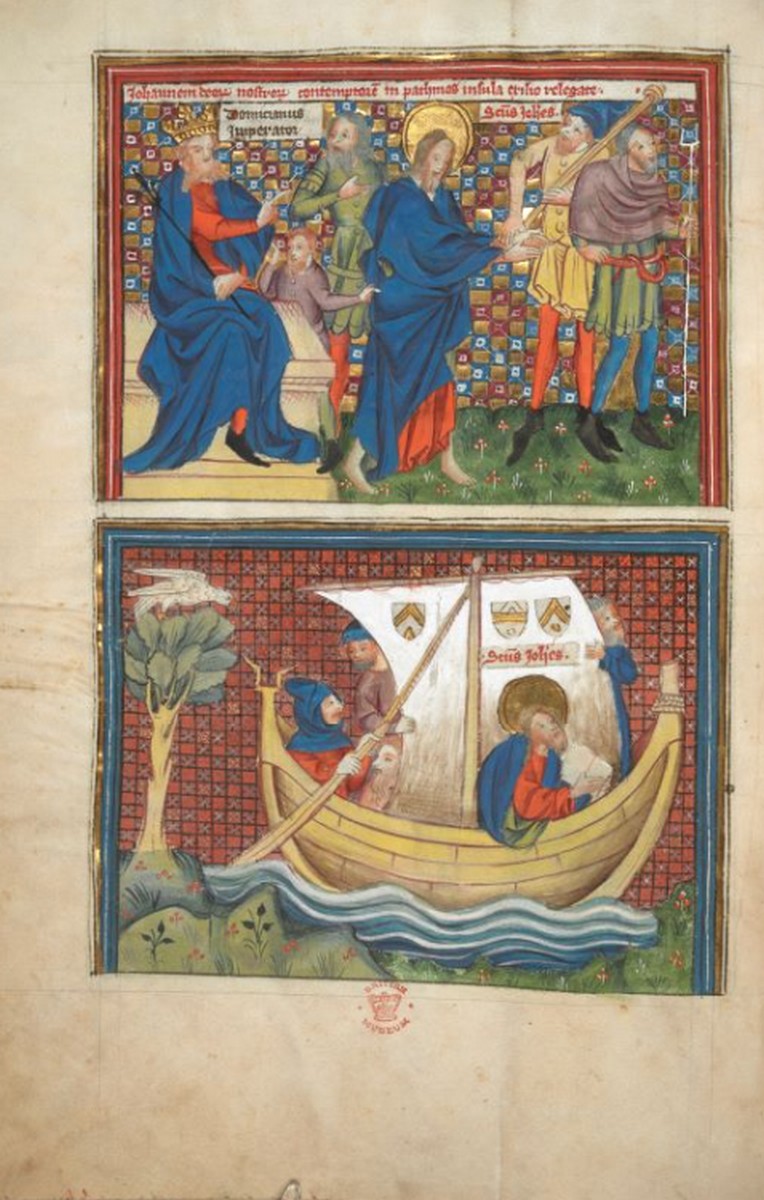 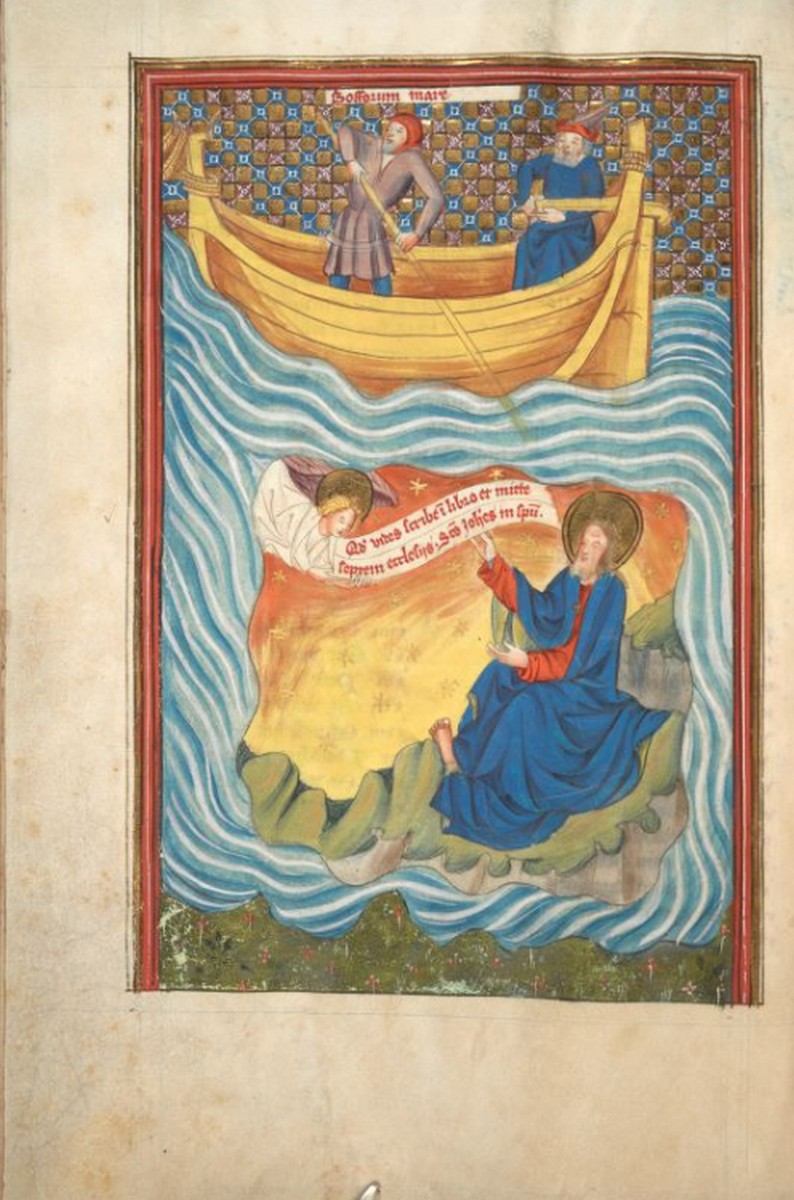 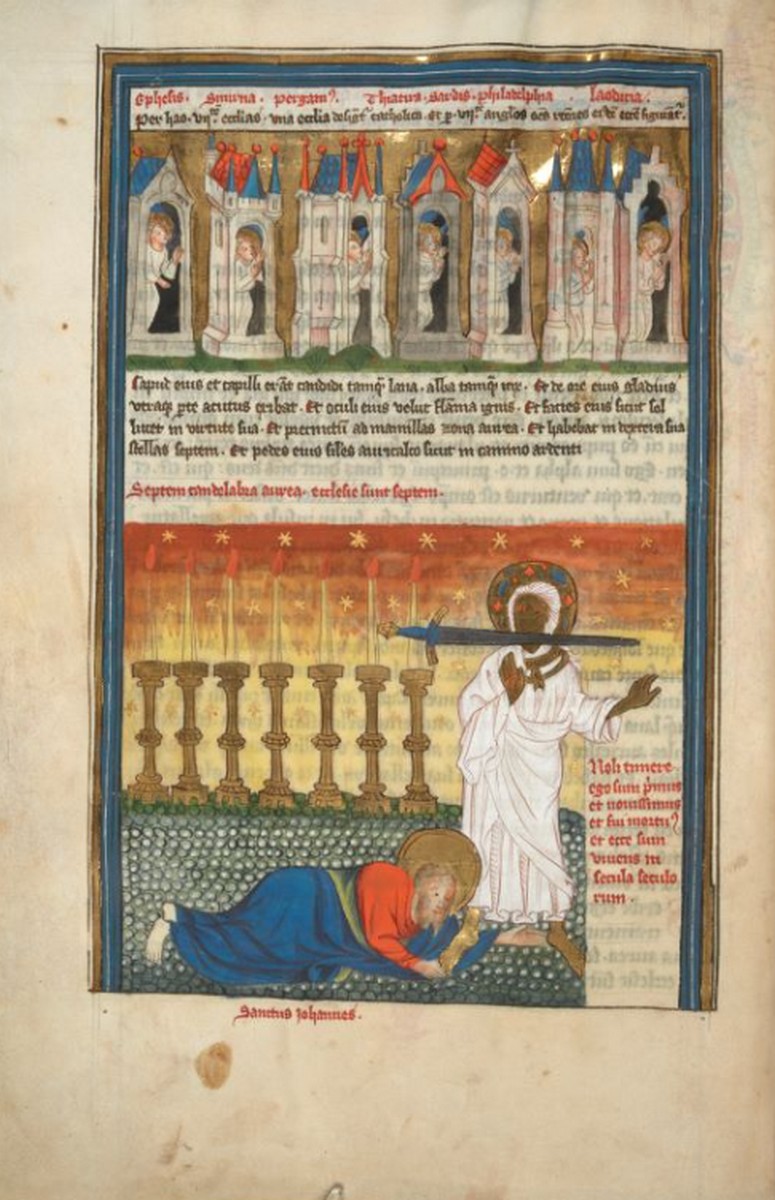 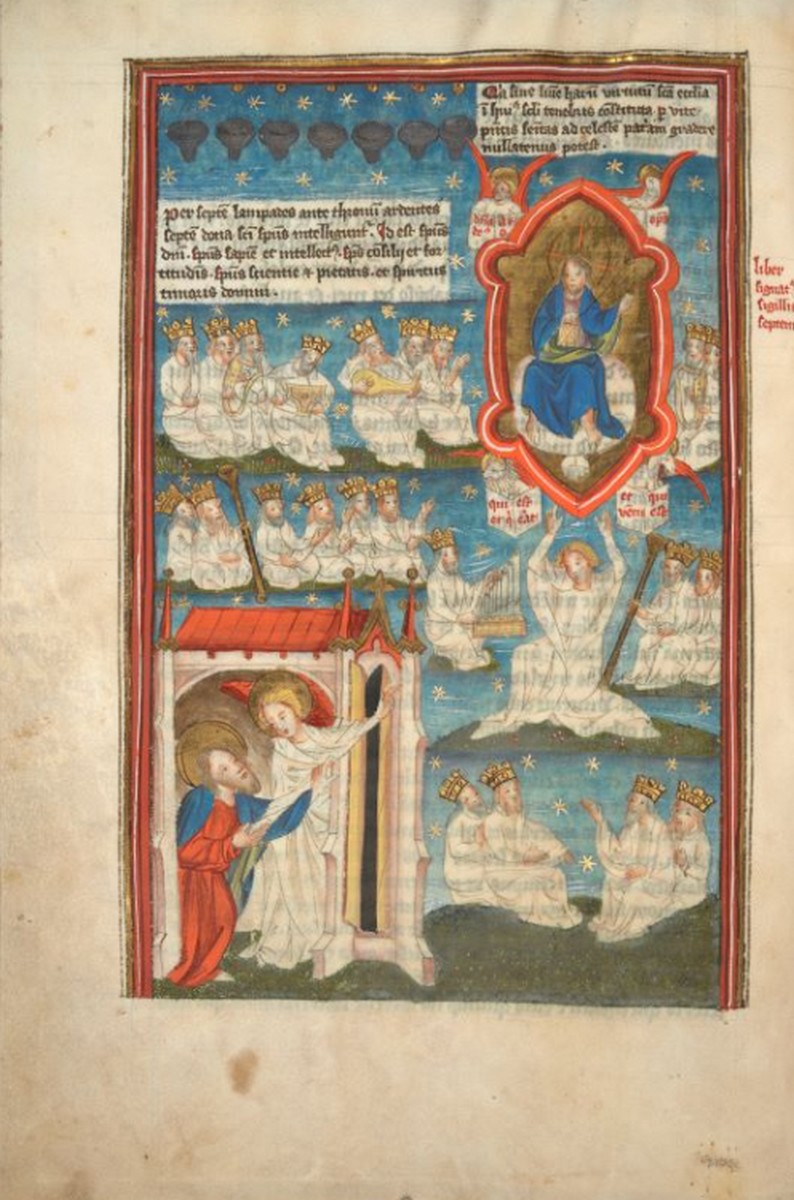 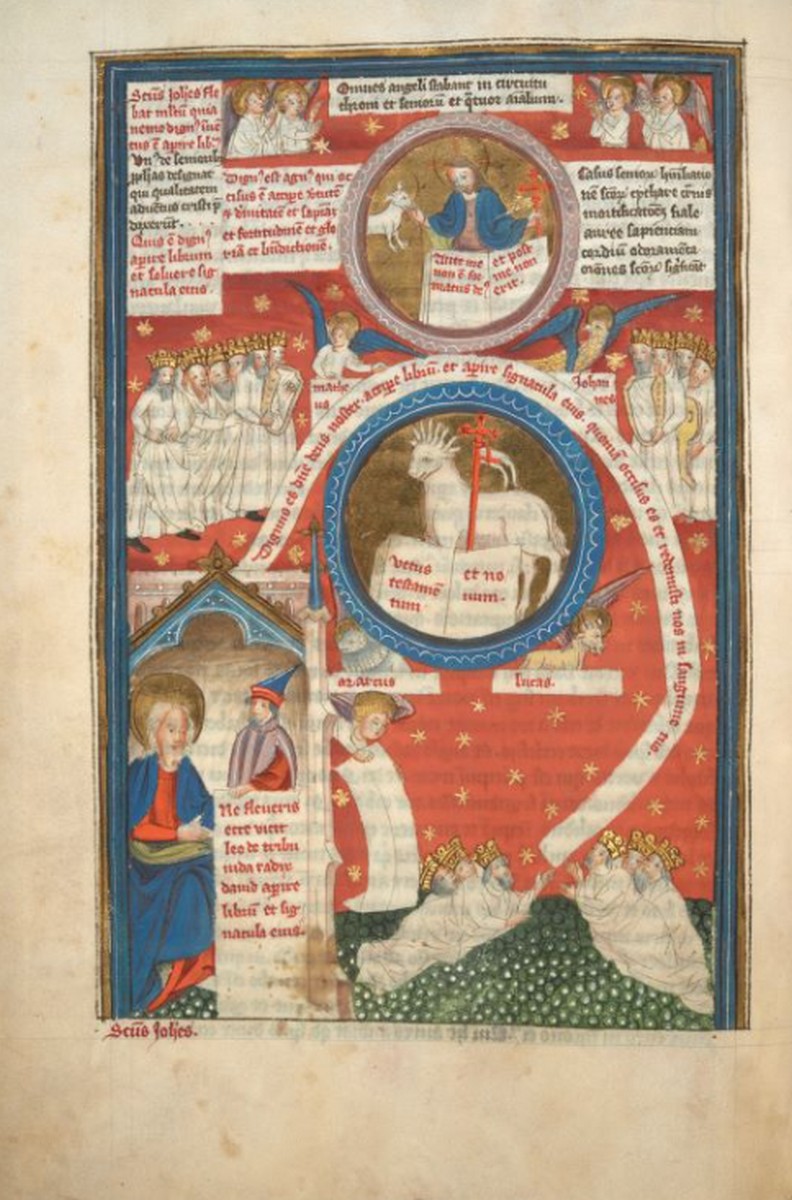 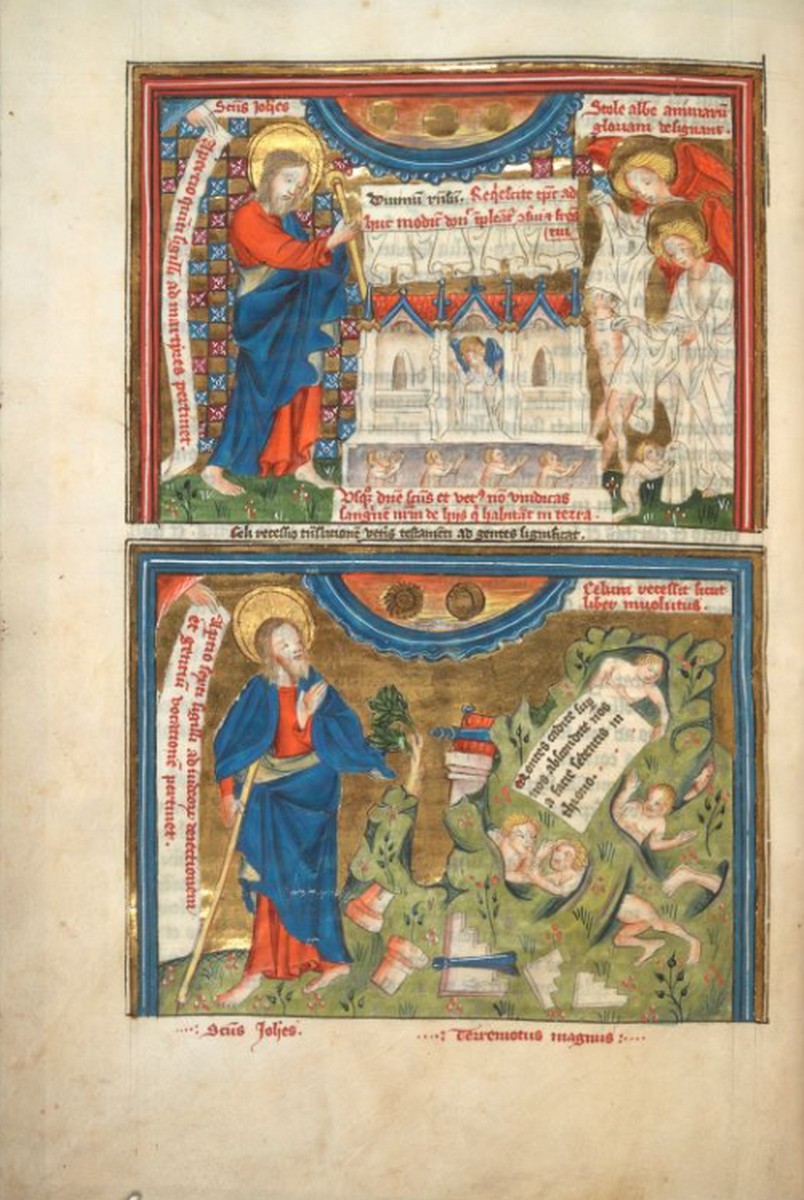 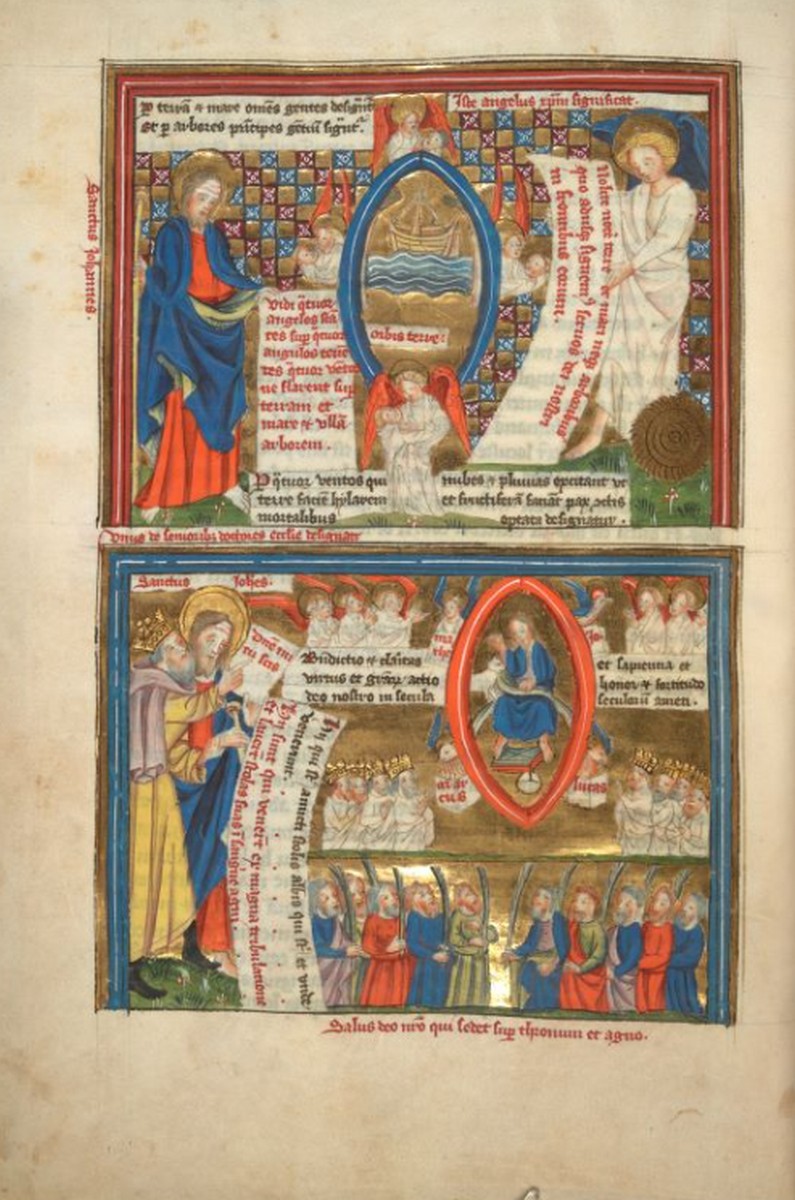