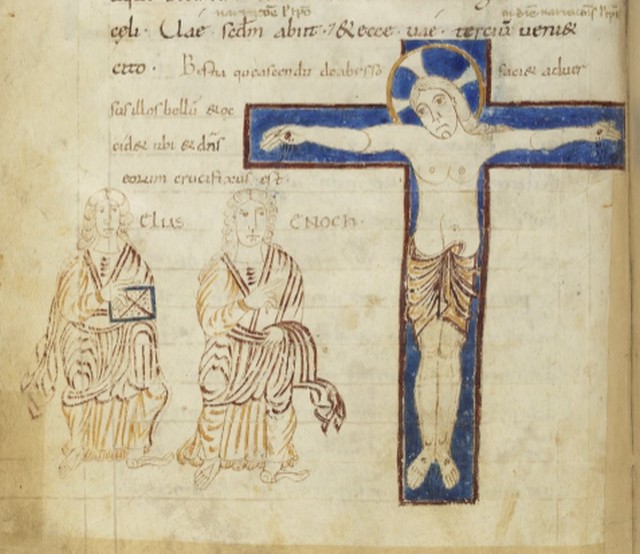 To our French friend Jean-Luc Monneret who has sent us his work on this manuscript. we recommend.

Dating from between the years 890 and 910, this manuscript contains two very different elements, the first being a copy of the book of the Revelation of Saint John of Pastmos, to which have been added the first ten pages of a collection, also illuminated, of fables by 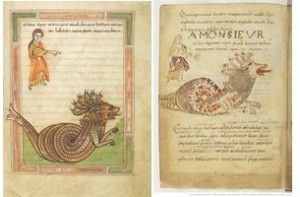 animals versified in Latin by Avianus in the fourth century, of which 32 other fables have been lost.

This Apocalypse is one of the four oldest created in northern France, some forty years after the Valenccienes with which it has a great similarity in the characteristics of much of its images, with the difference that while in that the drawings are framed and are full-page, in this they are not framed and are included within the text. No doubt, or was used for that manuscript the same cycle of images that were taken from Rome to the monastery of Wearmouth-Jarrow by Abbot Benito Bischoff on a voyage he made in 676, or simply copied directly from the Apocalypse of Valenciennes

About its history we know that the manuscript was in the sixteenth century in Saint-Pierre de Vienne and that, after passing through Algiers, it ended up in the National Library of Paris where it is sealed with date of 1870.

This codex forms with the Bible of Valenciennes a group very differentiated from the typical Carolingian miniature represented by previous or contemporary works with them, such as the two Bibles of Charles the Bald, the Evangeliarium of Ada or that of Godesalco among others. 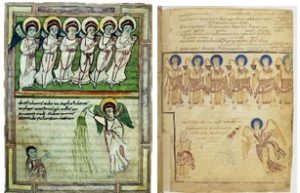 AThis codex forms with the Bible of Valenciennes a group very differentiated from the typical Carolingian miniature represented by previous or contemporary works with them, such as the two Bibles of Charles the Bald, the Evangeliarium of Ada or that of Godesalco among others.

When analyzing the Avianus Bible we find that it is a direct copy of the previous one. All his images, placed randomly and irregularly in the text, imitate both content and style, but here while retaining a very similar design, have a less careful presentation, a poorer color, do not usually occupy a full page and are not carefully framed as in the one we assume is its original. Even the text is much more careful in the original than in the copy. It would seem that, for some reason, forty years later a copy of the first one would need to be made quickly. We present two examples of the same thumbnail in both codices, the same happens with most of the images.

As for their style, you could say that both have a much more naive air than the rest of the Carolingian miniature, that of the

Valenciennes much closer to that of the first blesseds, with rounded faces, large eyes and straight noses, while in the Avianus, although the theme and the structure of the images are respected, the technique is very different, very poor, with different treatment of faces and clothing and of lower quality.

We include examples of the drawing of a bust of the Bible of Valenciennes 870? , the Avianus Bible 910? and the Blessed Emilianese 930? , where it seems obvious that the type of miniature of the first one was not continued in the North of France but it may have developed later in Spain. From that point of view what will be the origin of the miniatures of the Bible of Valenciennes painted before the text? 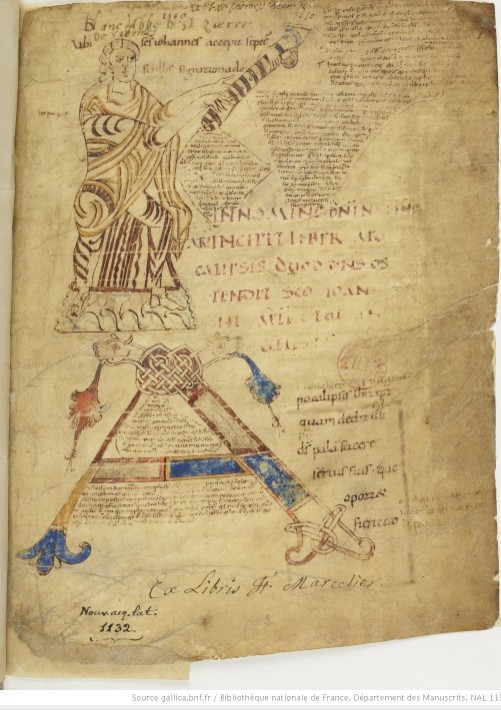 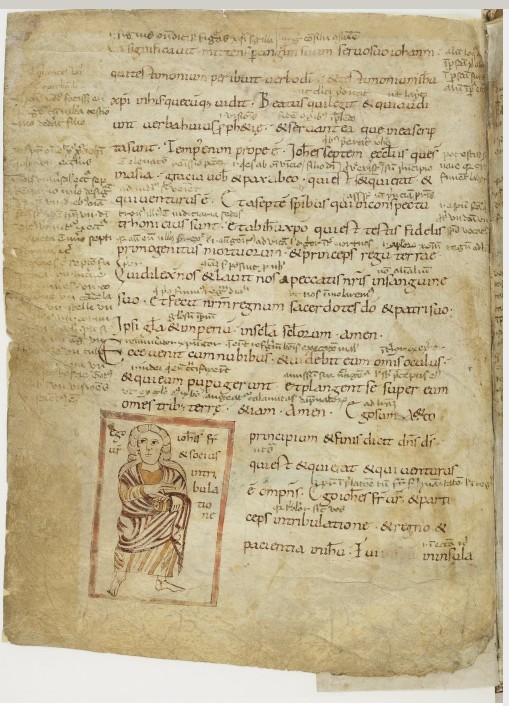 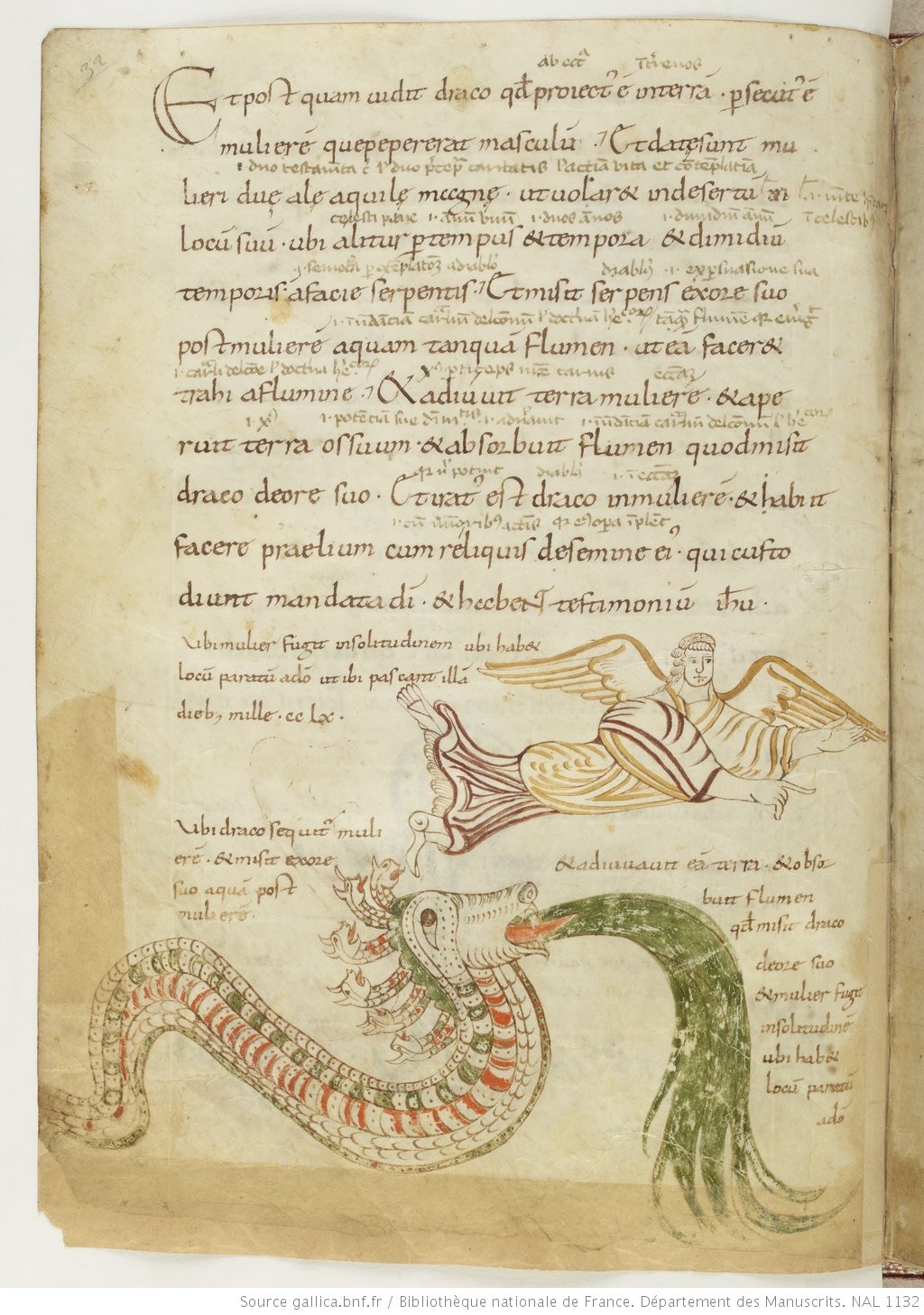 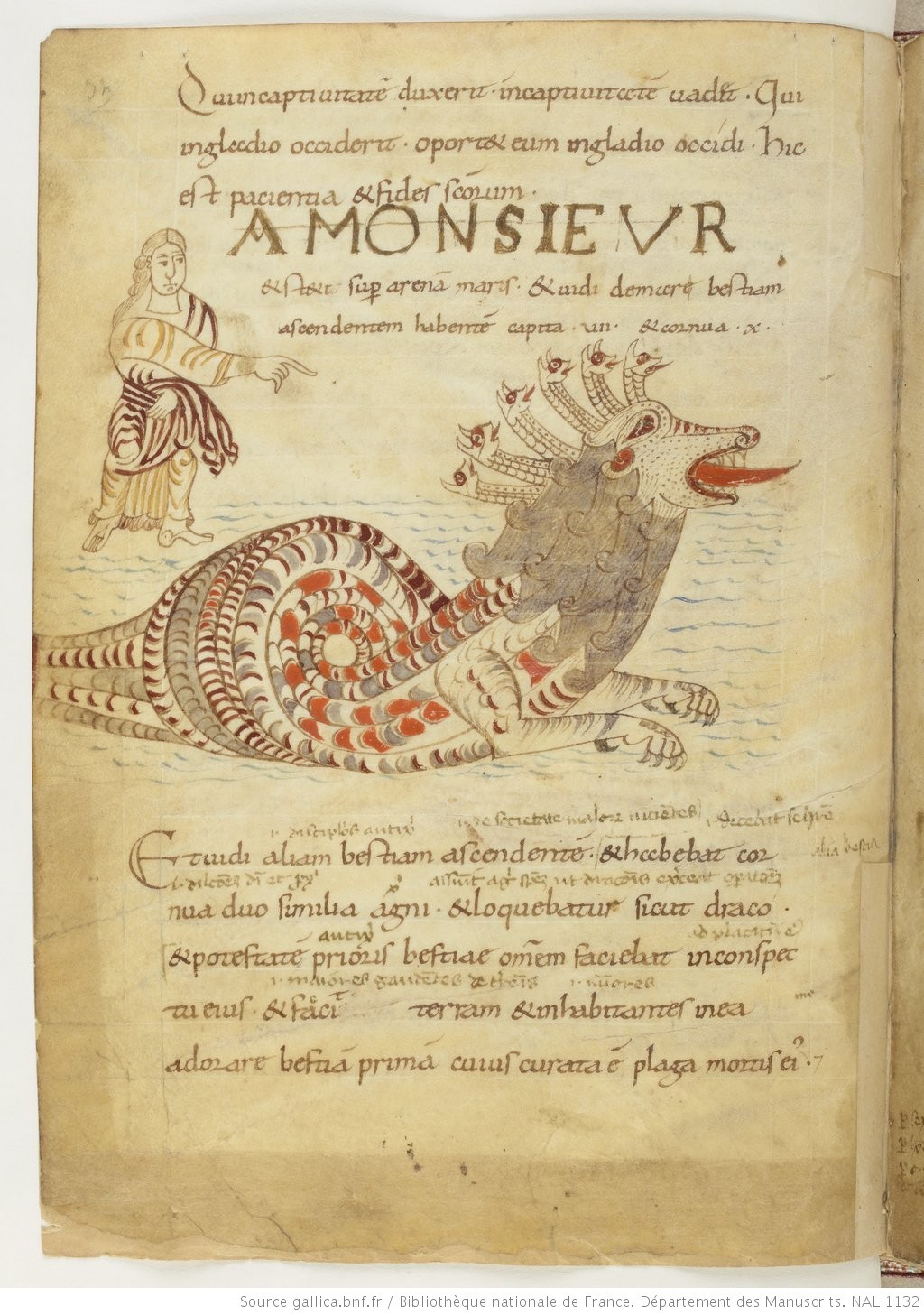 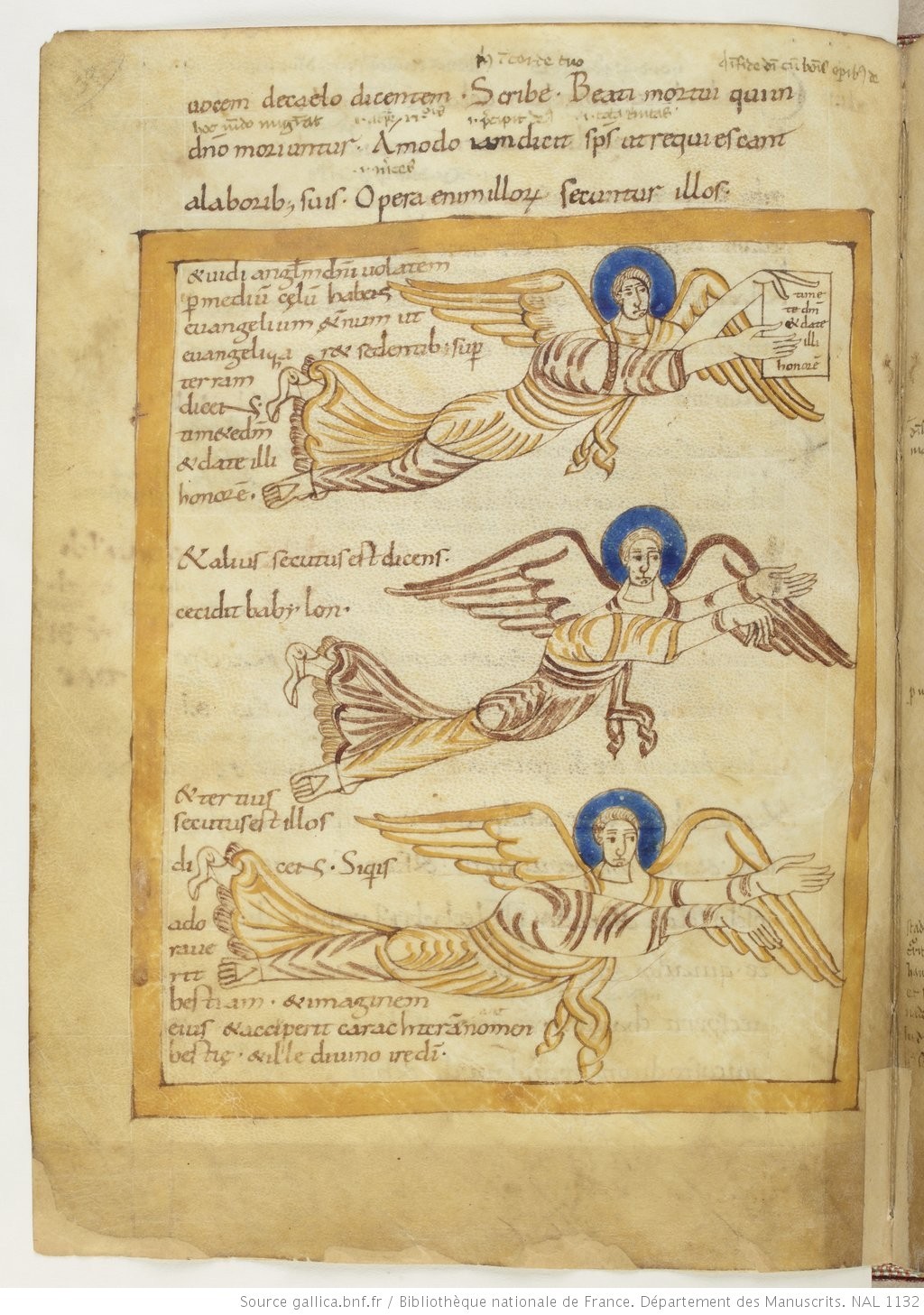 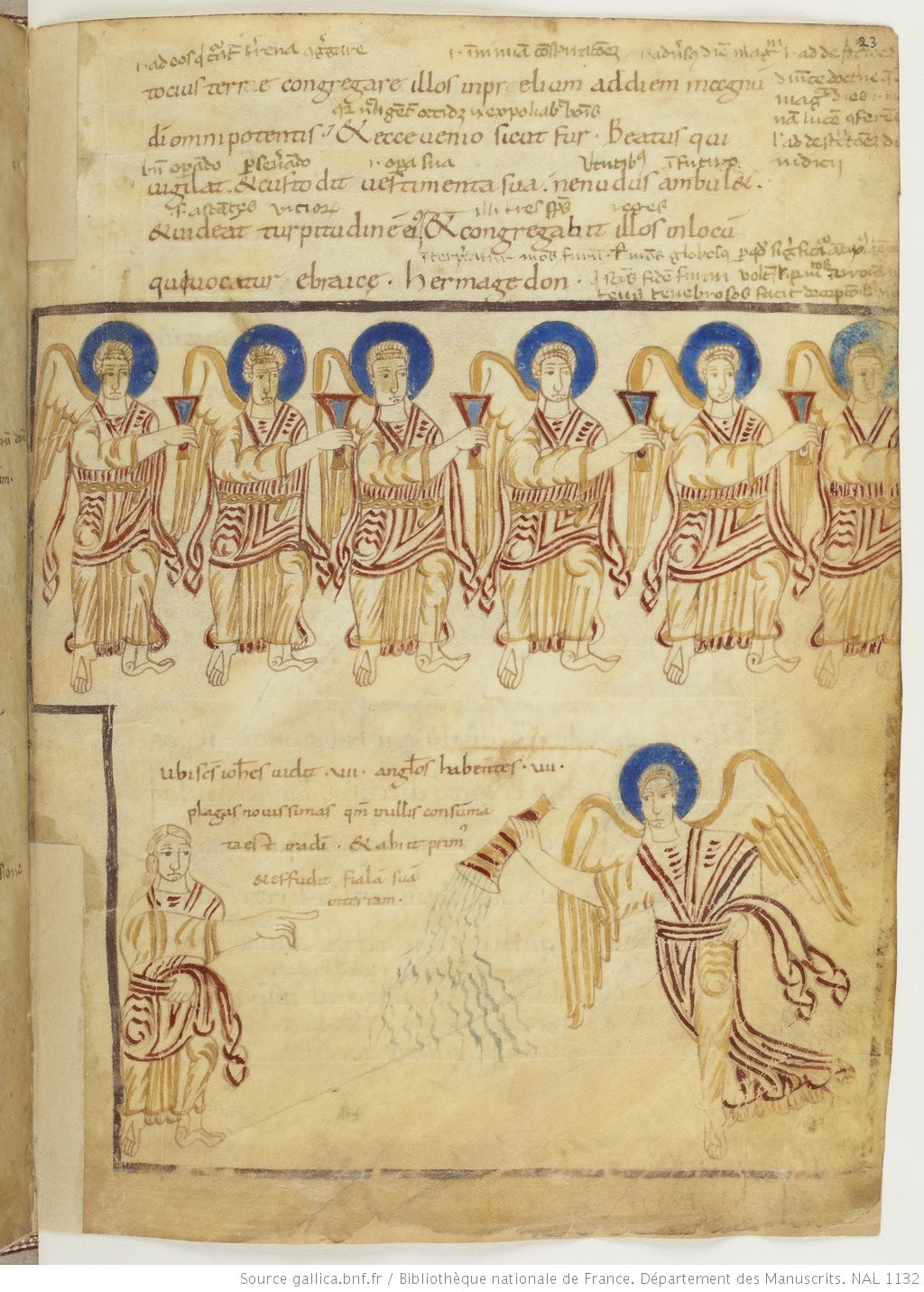 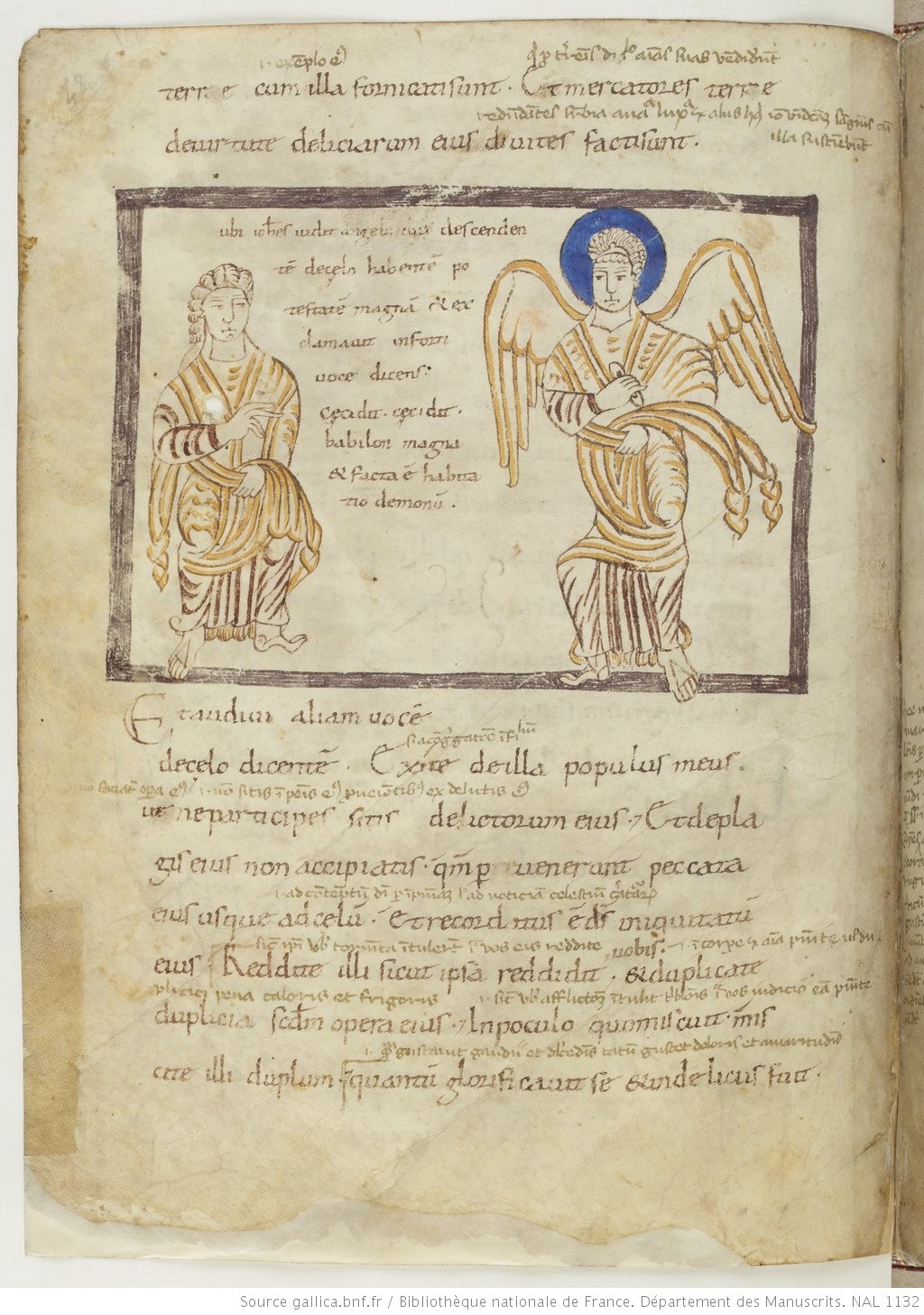 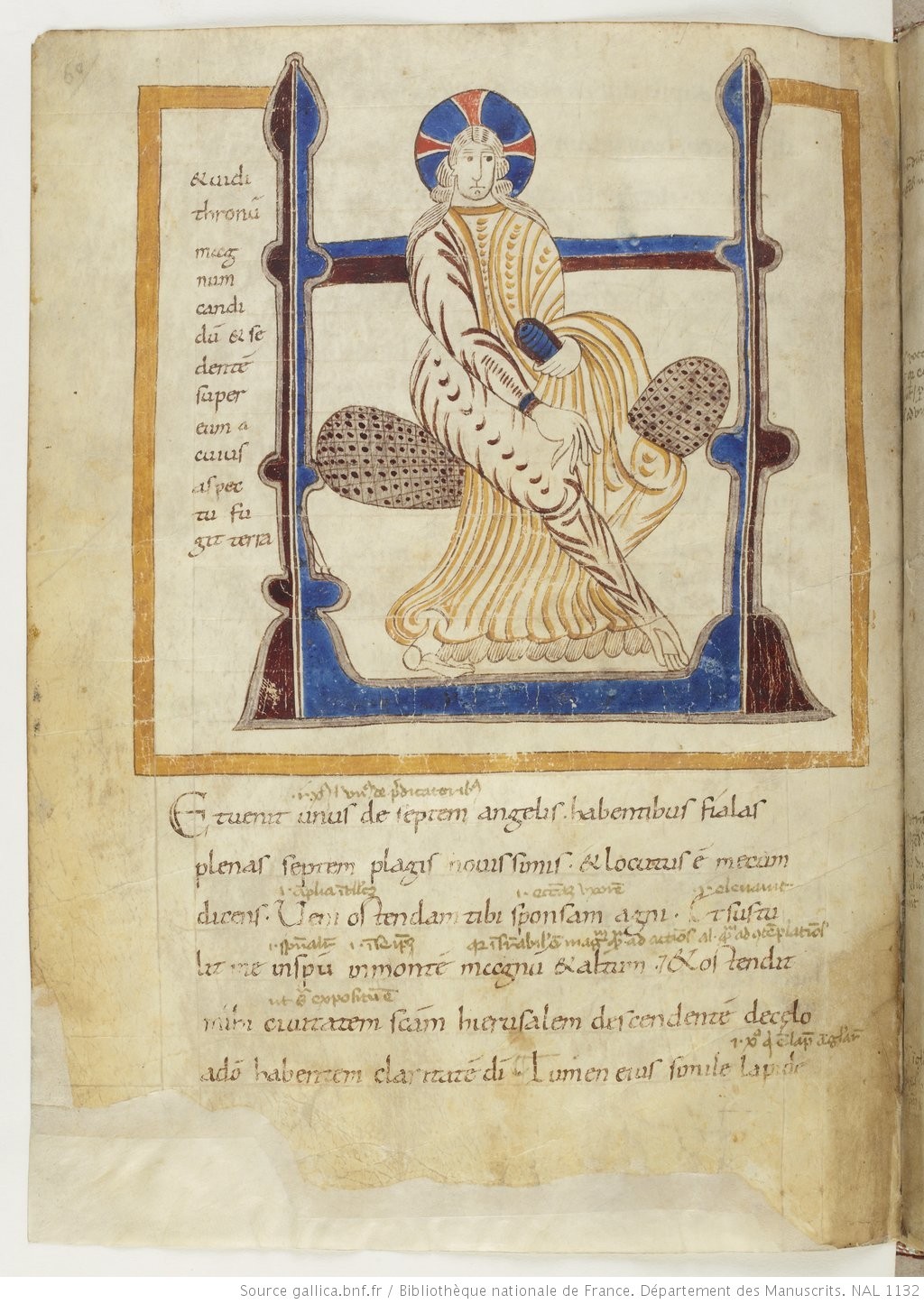 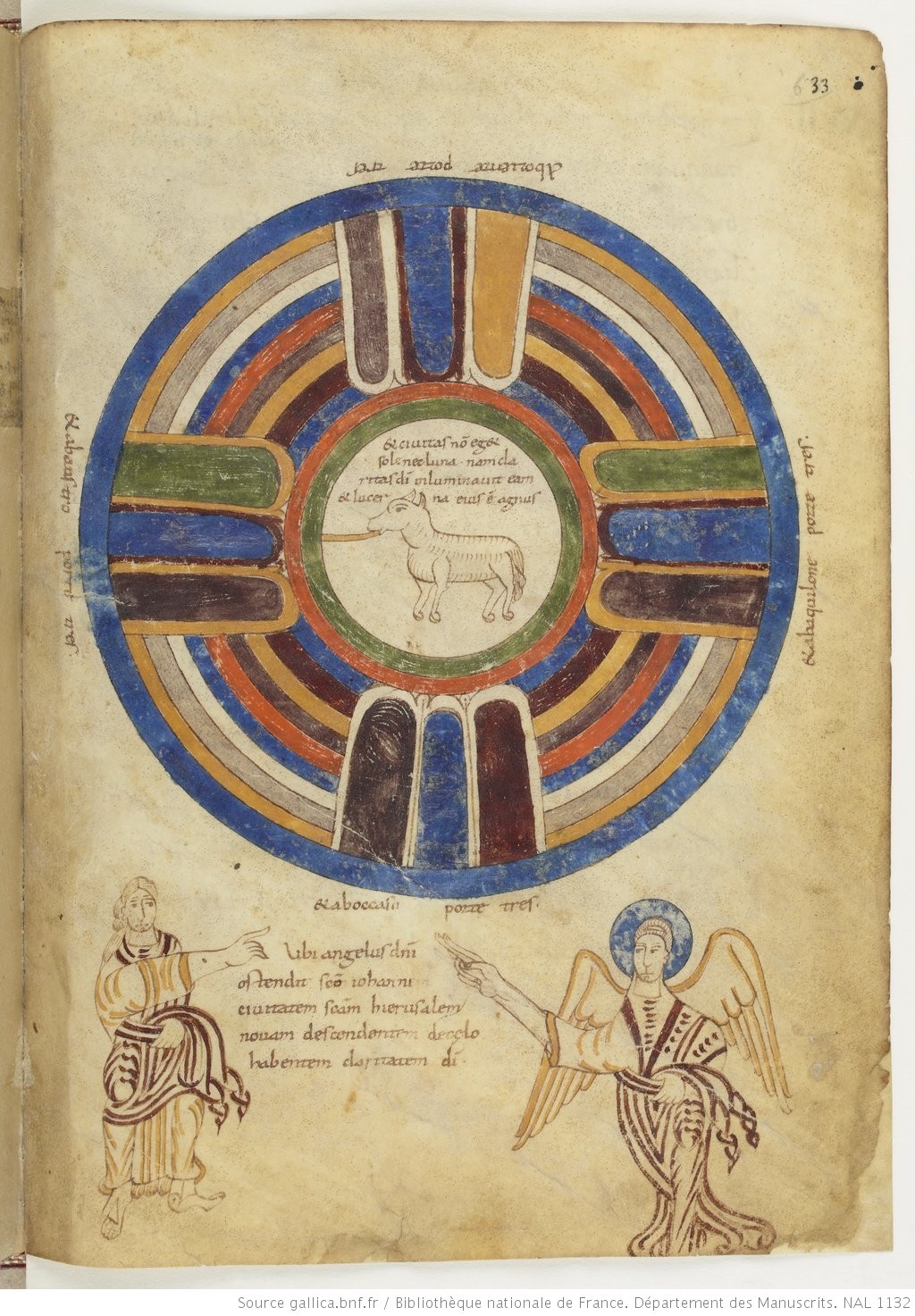 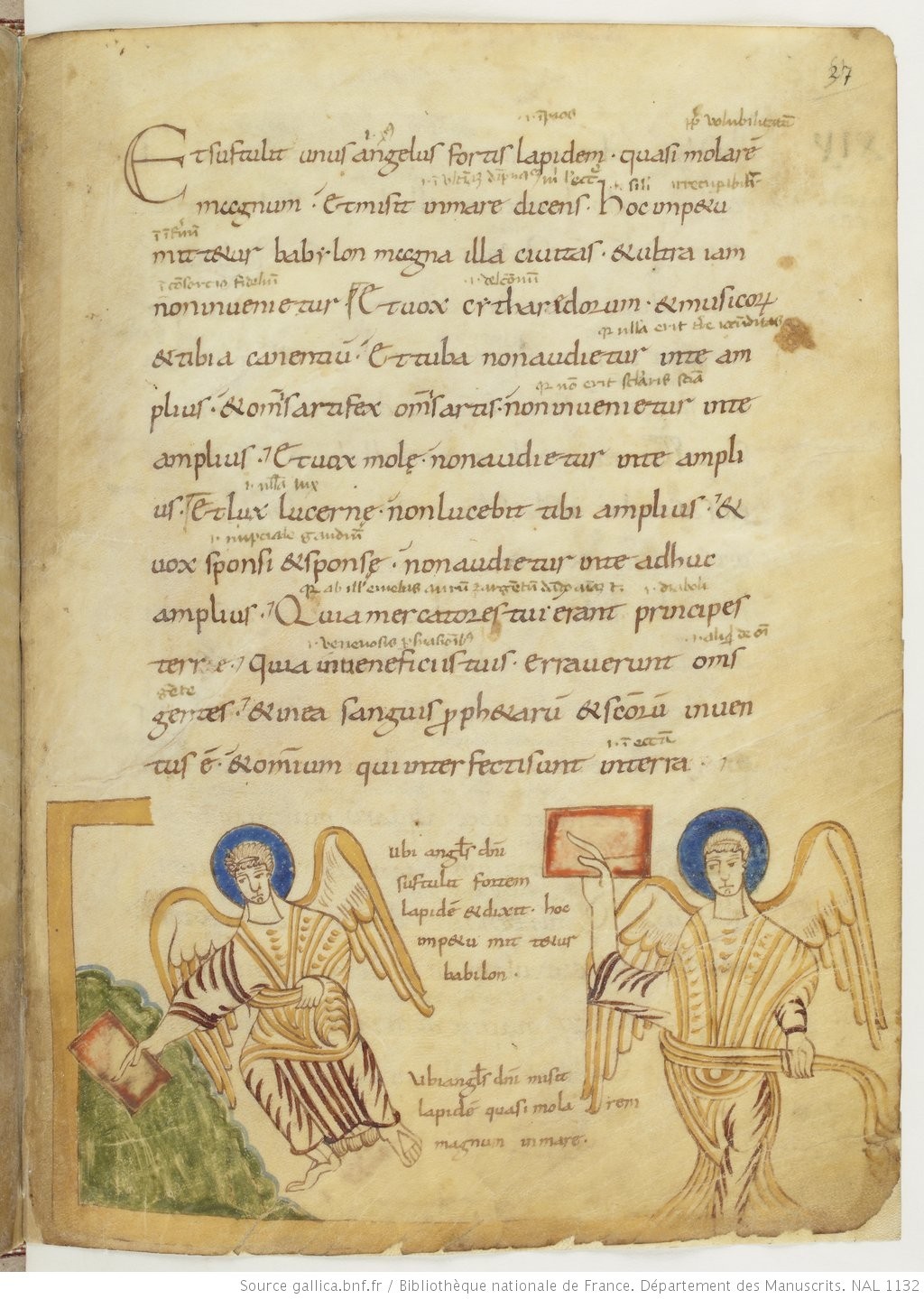