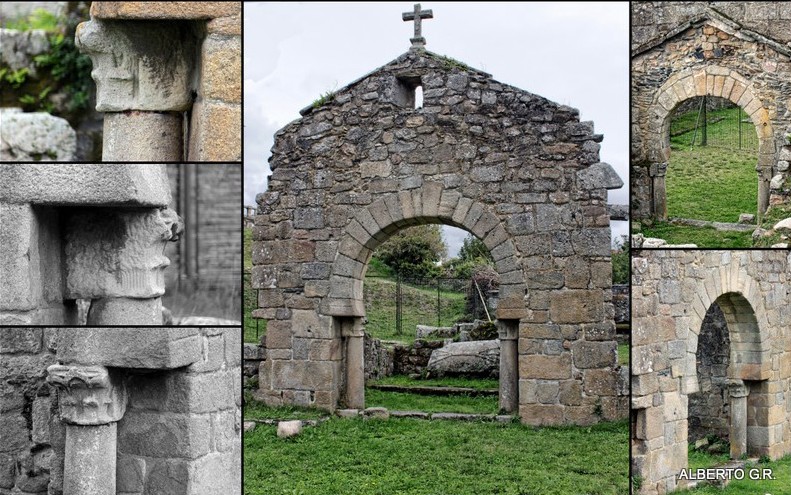 Unknown until 1926 when it was discovered under several layers of lime, situated as an arch of access to the presbytery in the ancient church of San Juan, on which the “Votive Temple of the Sea” was built between 1932 and 1937. There is no previous reference to the church from which this magnificent preromanic arch was conserved, which links with the wide set of horseshoe arches that exist in Galicia. 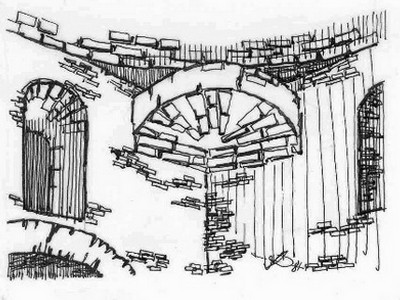 Semi buried building, almost square, with an octogonal font in white marmor in its centre, covered with a media sphere vault and with an apse, a tower with a spiral staircase and a long access gallery. The whole decoration found suggests it was built during the first Byzantine domination of this part of Spain. 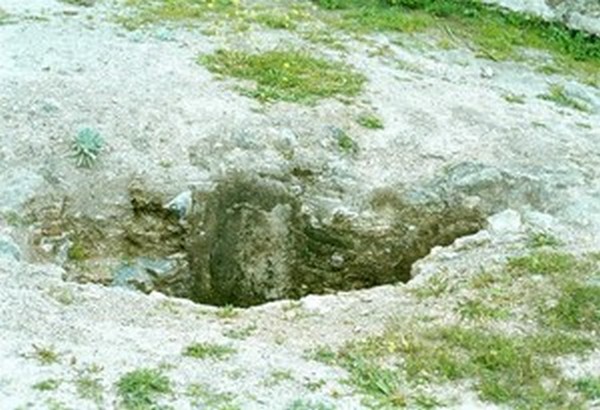 It has a basilical plan with three naves separated by arches upon columns and a single semicircular apse. It had an attached circular baptistry with a round pool. The construction technique is a very poor one but remnants of a rich decoration of inner doors with geometrical drawings, columns with secant circles, wreathed pilasters, … 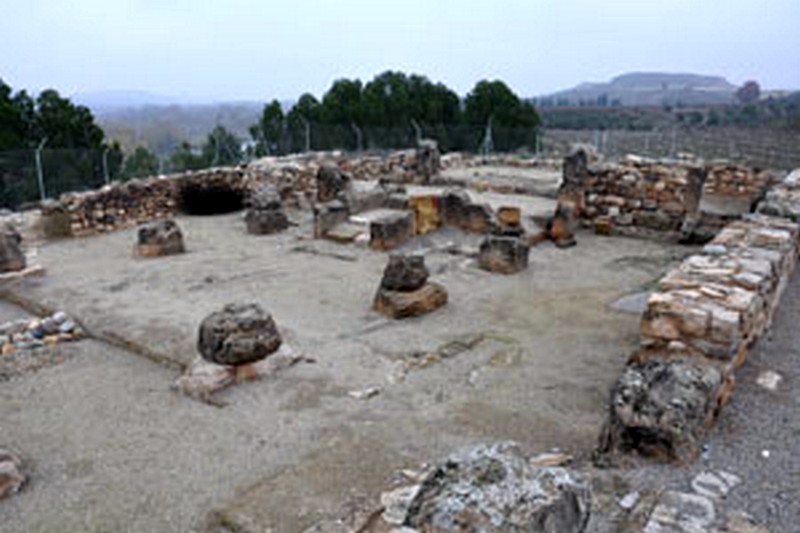 Settlement occupied between the 5th and 8th centuries where, inside a village of stone houses, there is a Paleochristian basilica with three naves separated by columns with an apse with two funerary side chapels, a baptistery with a small pool for baptism by immersion with a Visigoth-era canopy, and a necropolis in and around the church. Visigothic coins from Egica, Akhila and Witiza have been found in the excavations. It seems that the whole set caught fire in the early S. VIII and was abandoned. 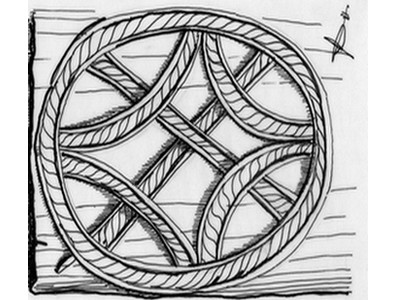 Remains of the largest Visigothic church ever known have been found in the ruins of the Roman city of Segóbriga It was of basilical type with an elongated pseudo crossing with the shape of “tau”. It was dismantled during the restoration of the Monastey of Uclés and only the studies of the excavation in the 18th century and a few remnants of the decoration have survived.

It has a square basilical plan of 15 metres by side with three naves separated by six columns and two opposed apses, both unattached, with prolonged semicircular shape. It was totally surounded by a set of small compartments that suggest it was built by African monks. 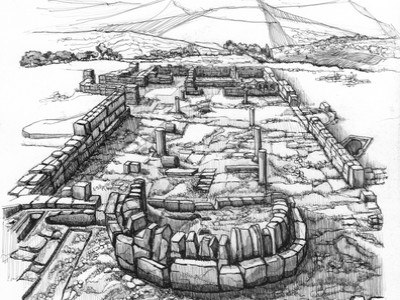 Rests of an Iberian and Roman city have been excavated in a plateau in Hellín. It was built at the end of the 6th century and beginnings of the 7th century. It included a large three nave basilic with lateral compartments on the chevet and a baptistry at its feet. The whole surrounding is becoming an archeological park that it is expected to be open to the public by the end of 2008. 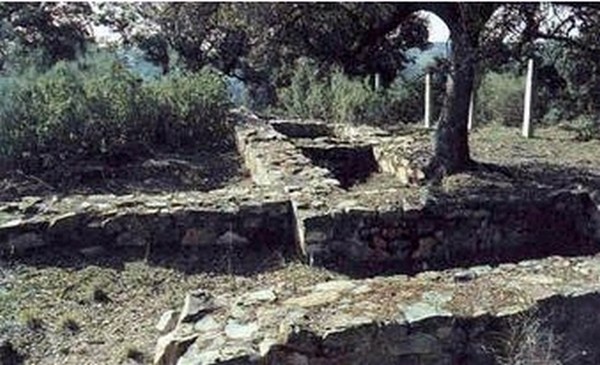 It has a basilical plan of 19 x 13 m, with three naves separted by rectangular supports and two opposed apses that connect on the southern side with another extended building, also with a double apse that contained an oval baptismal font. There was also a lateral portico in the northern side. It seems it was further used after the Arab invasion. 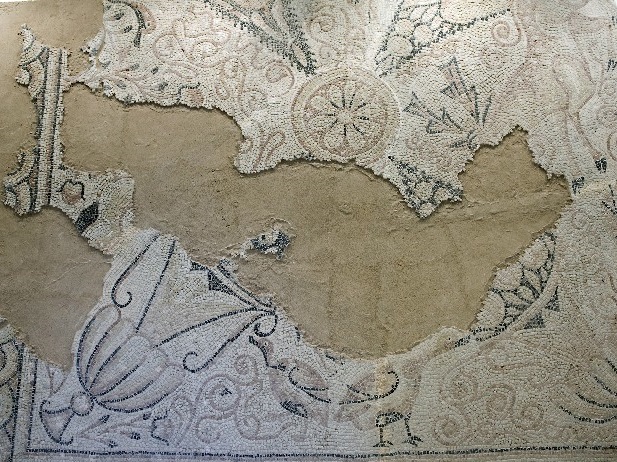 Very similar to Torrello’s with a basilical plan with three naves and a square apse with two small lateral compartments. Here also the most interesting thing are the mosaics, very naturalist and fanciful, with drawings of flowers, plants and animals. Part of those have been preserved in the basilic an specially in the Museum of Mahón. 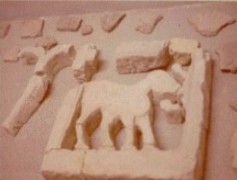 Excavated in 1905 in Alcúdia de Elche, it has also been considered as a sinagogue of the 4th century. It consists of an apse nave of 11 x 8 m facing from east to west and paved with mosaics in blue, white, pink and yellow. Almost the whole decoration of the nave, divided by friezes in three decorative sections, is geometrical and floral with Greek inscriptions. 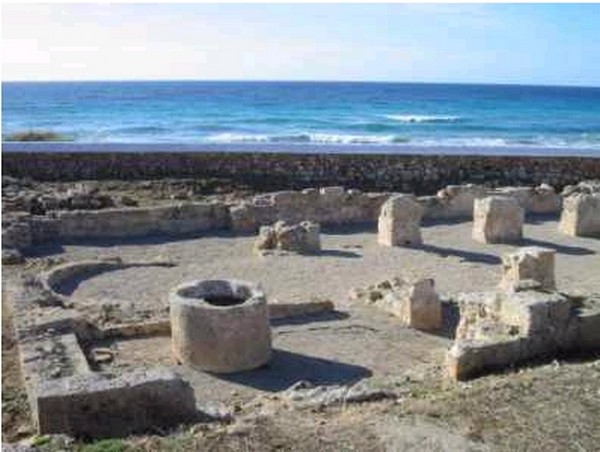 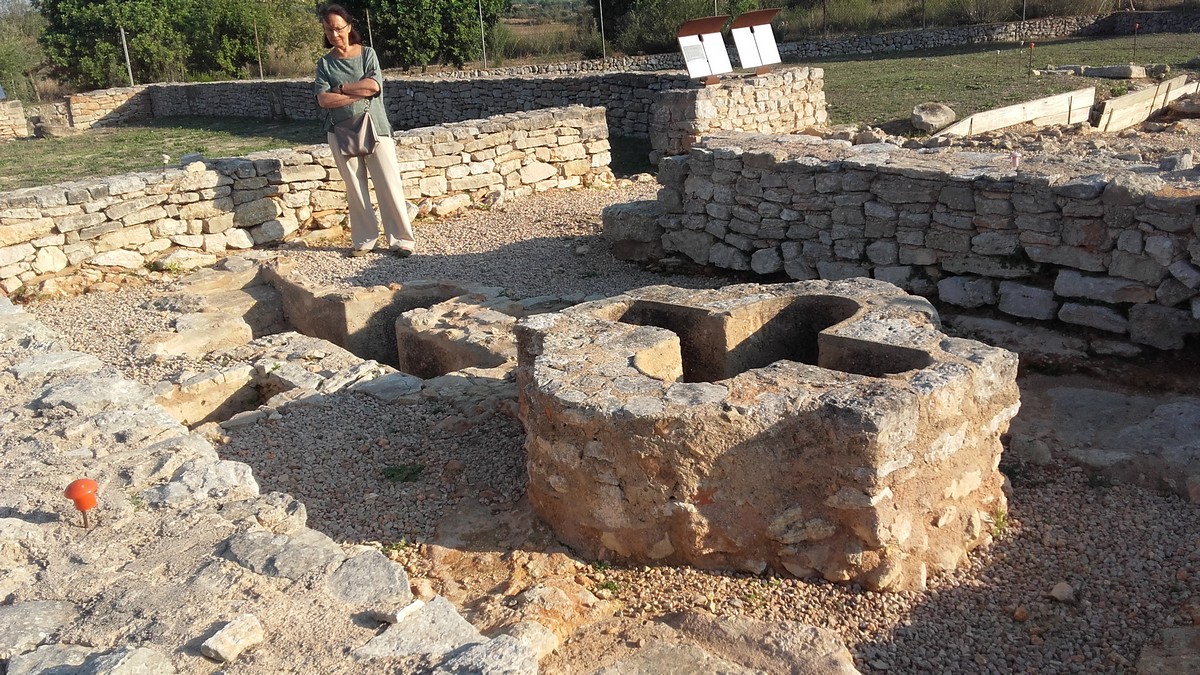 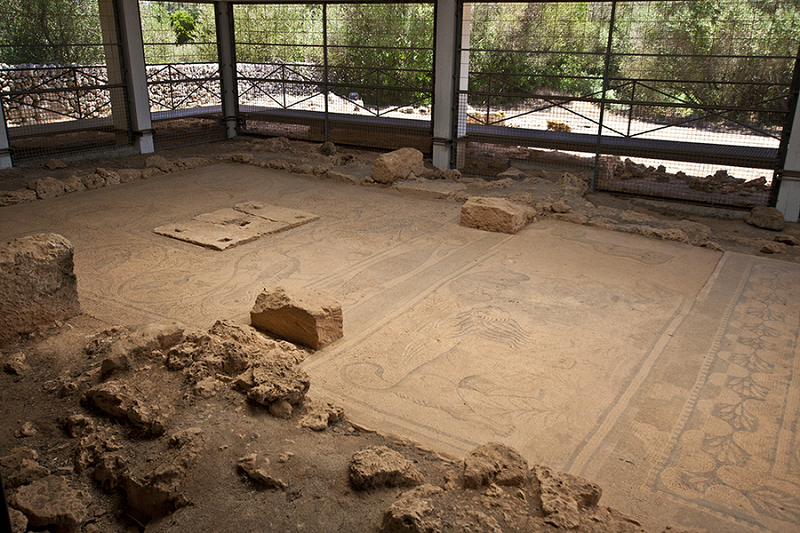 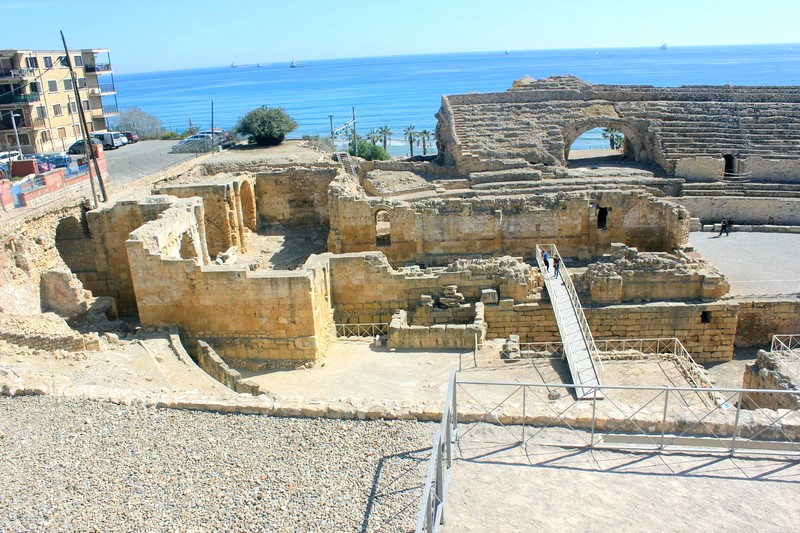 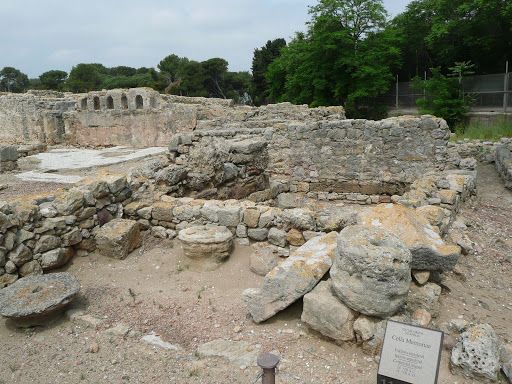 Within the rests of an ancient Roman villa, we find those of a basilical construction with two naves, with an apse with semicircular shape internally and rectangular outside, that leaves two chambers between them. It has not been posible to determine whether it is an Early Christian basilic or an old building of Roman times reutilised later. 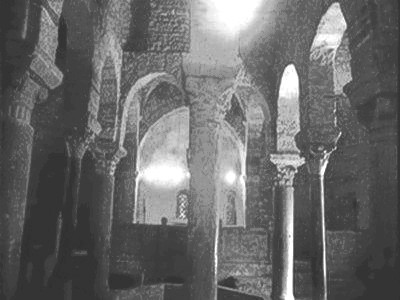 Tarrasa, the ancient Egara, was episcopal see in the Visigothic period, between 450 and 711. This ensemble of three churches, the cathedral dedicated to Virgin Mary, the baptistry to St. Michael and the parrish church to St. Peter, was traditional with the bishoprics of that period so, although they have been built upon rests of previous constructions and partly rebuilt in the Romanesque period, they are considered to belong to the period when it was a bishopric.