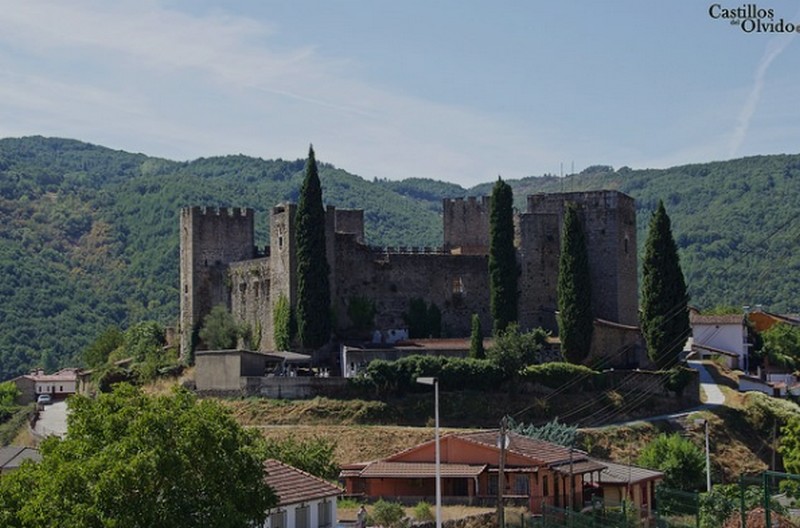 Origin in the 13th century, the present Castle was built between the 14th and the 15th century and has been very well restored in the 20th century. Surrounded by a stunning moat, it is formed by wall paintings which connect plant quadrangular and circular towers, notably that of the Honoring, with different buildings inside, with the door between two hubs, which would have a drawbridge to save the pit. Now houses an interpretation centre dedicated to the middle ages. 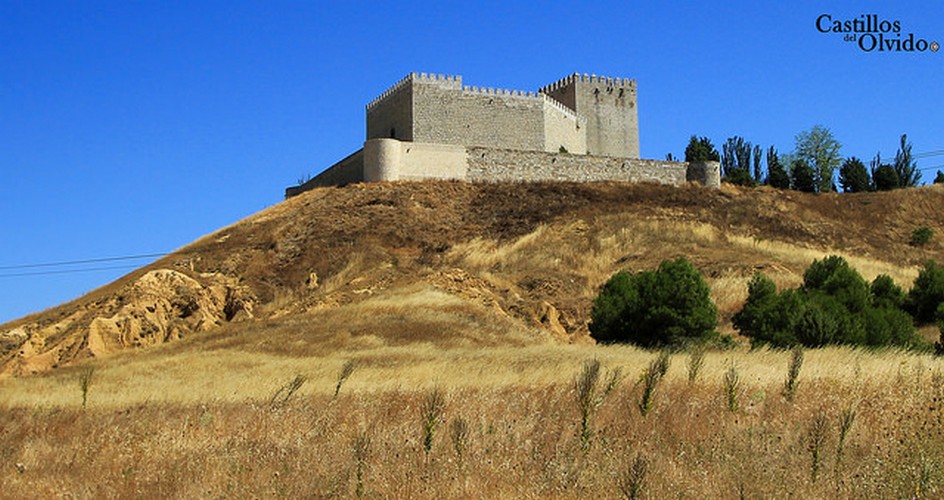 Reconquered at the end of the IX century, its castle, of which there are very few remains, was the seat of the County of Monzón that the count García Fernández integrates in the County of Castilla towards the 990. The current castle located in a different place from the previous one and built on another existing at least since the twelfth century, dates from the middle of the 14th century and is composed of an outdoor enclosure surrounding a trapezoidal construction attached to a large square tower of earlier date. Subject of a great historical activity from its foundation until the war of the Communities, it currently belongs to the Diputación de Palencia having been during a period Parador Nacional de Turismo, today in a state of abandonment. 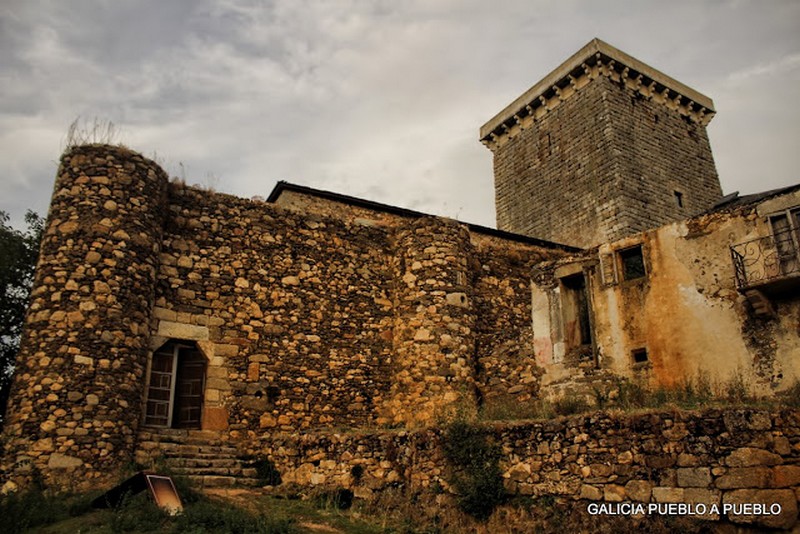 Also known by the locals as Torre del Homenaje, the original fortress was built between the 12th and 13th centuries. During the uprisings of the Irmandiños suffered major damage and was rebuilt in the late sixteenth century. It had a wide circular wall marked with towers, and the tower of Homenaje, as well as other dependencies, of which only the tower of Homenaje stands, of square plan and 18 meters of height, as well as some remains of cubes and walls. Refurbished by the City Council, since 2001 it houses an interactive museum about the castle and its history. 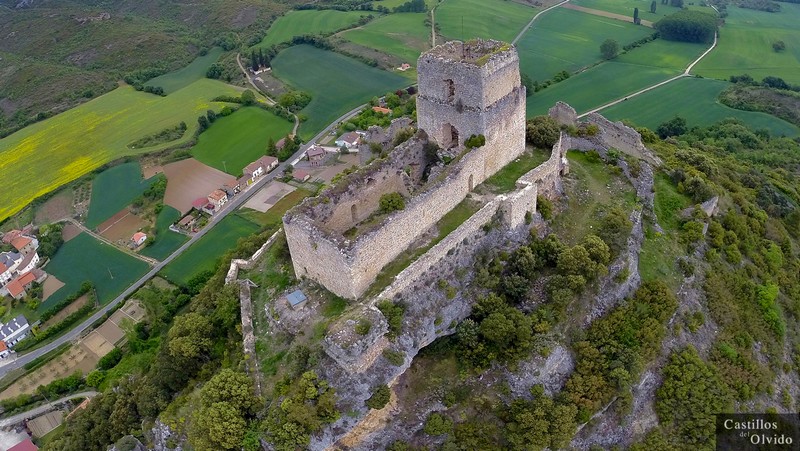 Located in a magnificent strategic location, on the border line between Navarra and Castile, initially built in the early medieval period at a point occupied by the Romans, its first historical references are from the 13th century as one of the rebellious fortresses against Sancho IV of Castile. Impregnable  on three of the four sides, the current fortress consists of a tower, a one-storey annex building and four concentric wall lines built at various times between the 11th and 15th centuries. At the beginning of this century, two restoration and enhancement campaigns have been carried out. 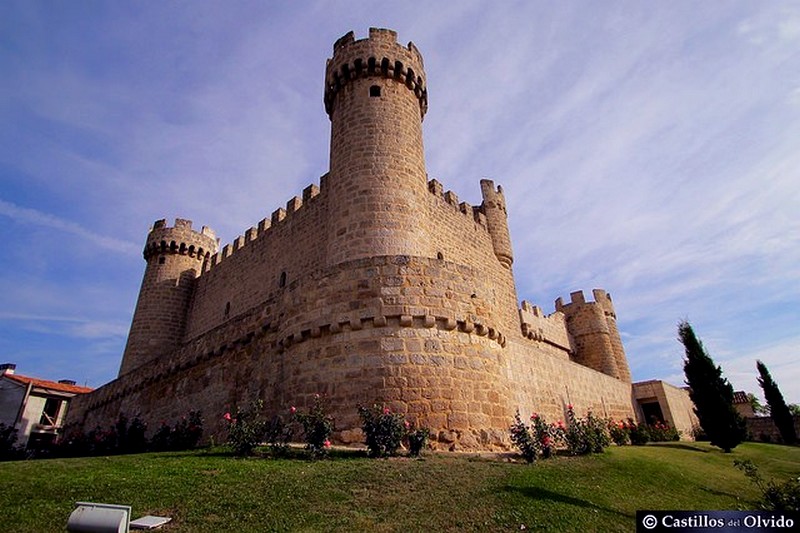 It is one of the castle – palace that the Castilian nobles constructed in the middle of the 15th century taking advantage of the problems that the monarchy was crossing. Of walls worked in stone, it has rectangular form with cylindrical towers in the corners, divided in two parts one was the court of weapon while other one was dedicated to the lordly residence; all this surrounded by an exterior wall of which only some remains remain. Very damaged in the War of the Independence, in the 20th century it has been restored and destined to headquarters for celebration of events. 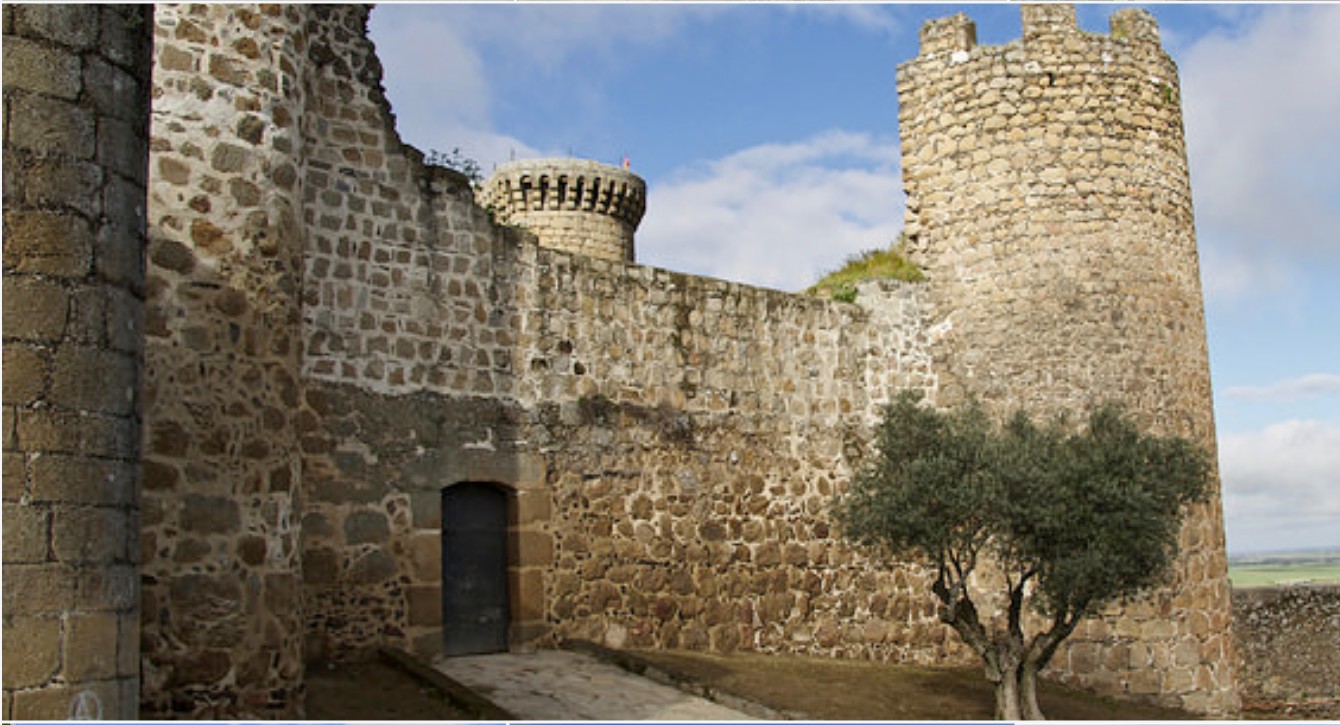 Located on a hill, possibly on a previous Roman construction, the Casillo de Oropesa is made up of two very different castles, one of Arab origin from the XII-XIII centuries, with a rectangular floor plan with four towers at the corners, and another built on the XIV after a transfer by Enrique II of the castle and all its surroundings to García Álvarez de Toledo, also rectangular, with towers at the corners and a large central square. Stresses the imposing tower of honor, four floors and a crenellated terrace. 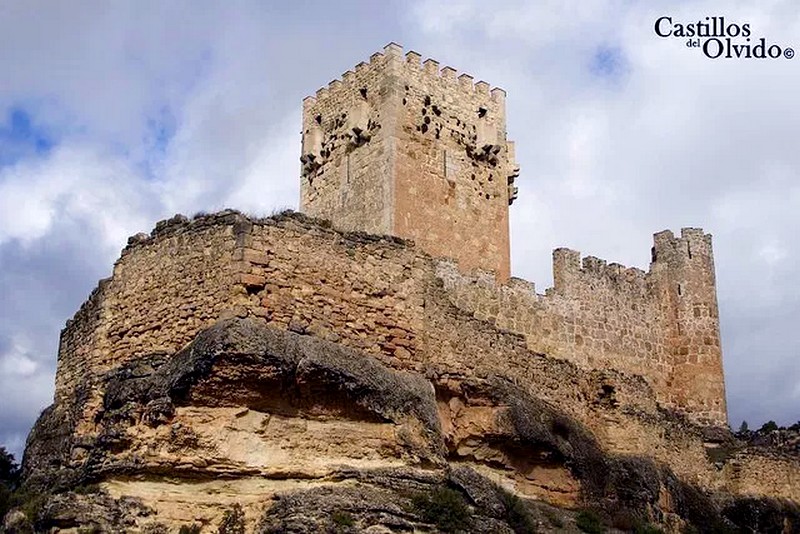 Built by Alfonso III after the conquest of Cuenca within a defensive chain created in its environment, of Arab origin its current state corresponds to a Renaissance reconstruction, in the fifteenth century. Trapezoidal plant, is located on a rock and built in sillarejo with ashlars in the corners, formed by three concentric walled enclosures and accesses not aligned, the central being an imposing keep. The outer enclosure conserves the remains of two cubes and in the central one there are other three. 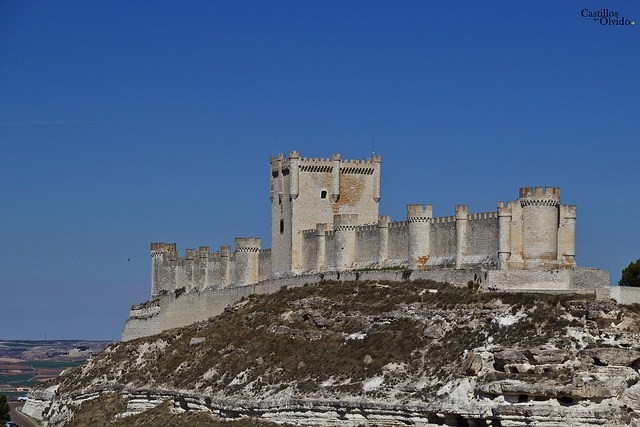 Placed on a strength that existed from the 10th century conquered by Almanzor in the year 983 and turned to the Castilian domain in 1013. Of long and narrow tracing on a hill, the current castle was constructed, as different so many people, in the middle of the 15th century, though an exterior wall of the S XIth. It has the only door of access, in the this side, flanked by circular towers. The interior enclosure is formed by a series of linens that join his 28 crenellated buckets, with the great tower of the honoring in his center. 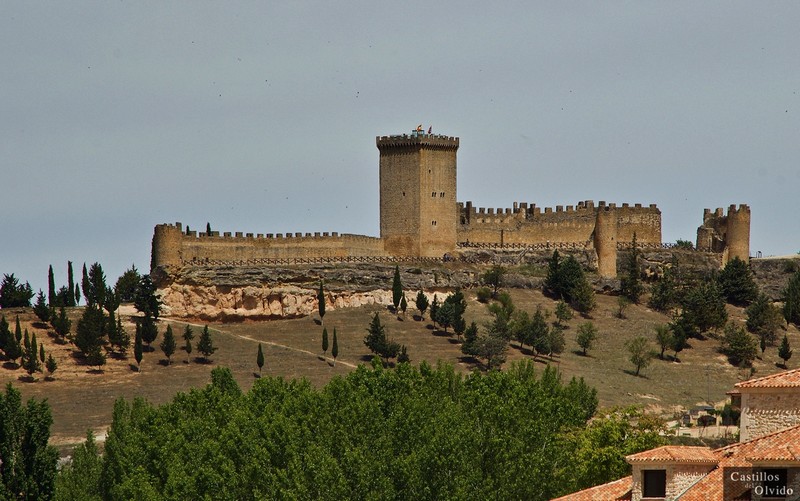 Fortress built between a hill and a river in the second half of the fifteenth century on a previous one from the time of repopulation of the area, from which some remains have been found. Its plant, flattened and perfectly broken to the shape of the Peña de Aranda on which it sits. The complex, which linked to the walls of the town, highlights the great keep, which can be visited, ground floor and three floors. Despite its abandonment since the seventeenth century, it has been preserved in good condition and recently restored, includes a center of interpretation of border castles. 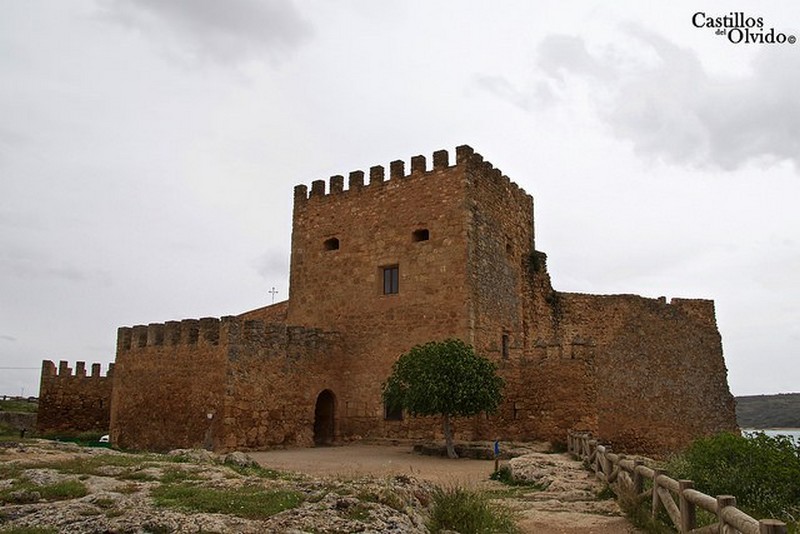 Reconquered from the Muslims in 1198, it belonged to the military order of St. John in 1215. Built in masonry and Ashlar stone, outside is a medieval access road, the shrine and a moat. Accessed by a gate to the courtyard of the Castle, where there are various dependencies, the 12th century Church and a cistern. There are three towers in its walls, more a watchtower and the tower of homaje, square three-storey, where they would be dependencies of the Lord of the Castle. 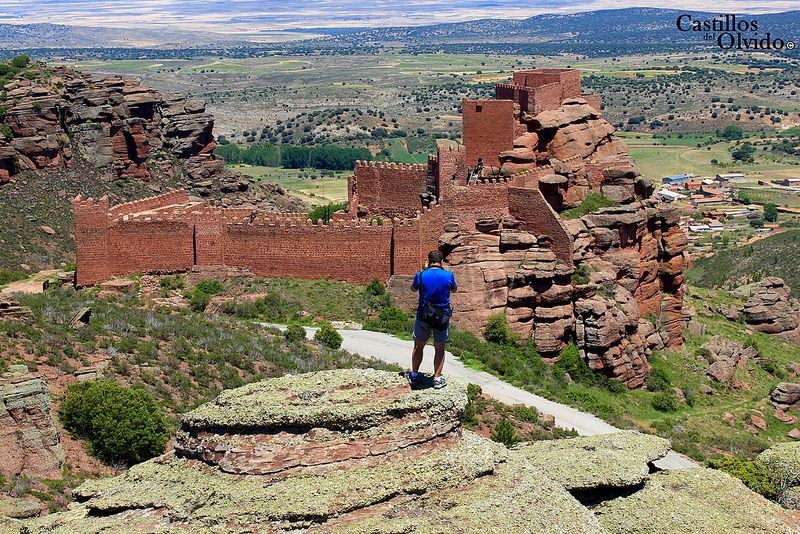 Placed in the border between Castilla and Aragon, on a rocky formation lived from the Age of Bronze, The current strength, which corresponds to a reform of the 14th century, is formed by three concentric enclosures that they agree on outcrops of red sandstones, which were partially bad and modified to improve the defense, material also used in the construction of the walls of this strength. It has been restored widely it does a little time and relies on a museum that he gathers replies of many archaeological pieces gathered in the excavations. 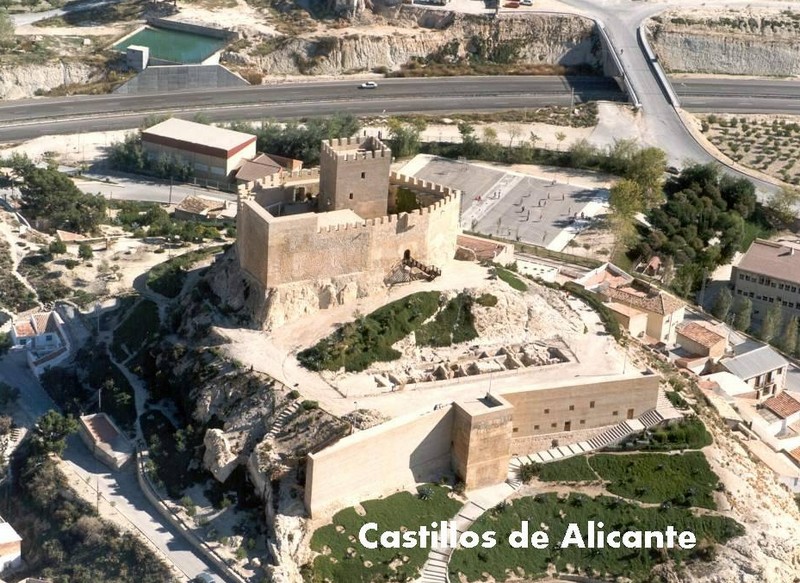 Castle of eminently defensive and strategic function, it was constructed by the Muslims at the end of the 12th century or beginning of the XIIIth. Conquered by the Castilians in 1244, in 1305 it happened to depend on the Kingdom of Valencia. The exterior wall formed by two linens of masonry, with central tower and buckets in the ends, has form polygonal, crenellated and with an parapet that crosses all his interior, in which there exists a great square tower of two floors. From the 18th century it had deteriorated seriously, but it has been restored between 1974 and 1982. 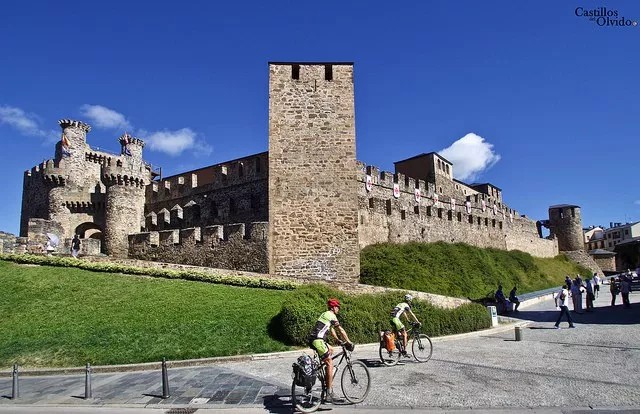 Built by the Templars in 1187, it seems that on a Celtic fort occupied later by Romans and Visigoths. It suffered multiple avatars over several centuries, being the object of royal donations to military orders and noblemen until it was taken to Rodigo Osorio militarily by the Catholic Monarchs in 1486. ??Polygonally, it preserves constructions of the 12th century along with other which belong to the reform of the Catholic Monarchs, as the magnificent gateway between two towers. At present in its new rooms it offers the exhibition “Templum Libri”, large collection of facsimiles of illuminated codices.

Considered one of the first fortifications of the Valladolid school of the fifteenth century, built at a time of weakness of the monarchy before the power of the nobles, on an earlier castle of the fourteenth century. It has a square floor plan with the homage tower at an angle and three doors defended by cubes, which surrounds the courtyard. The entire building was surrounded at the end of the fifteenth century by a barbican with cubes in the corners and moat, now disappeared. After passing through several owners in the last 200 years, the castle has now become the property of the University of Valladolid. It is partially restored and can be visited. 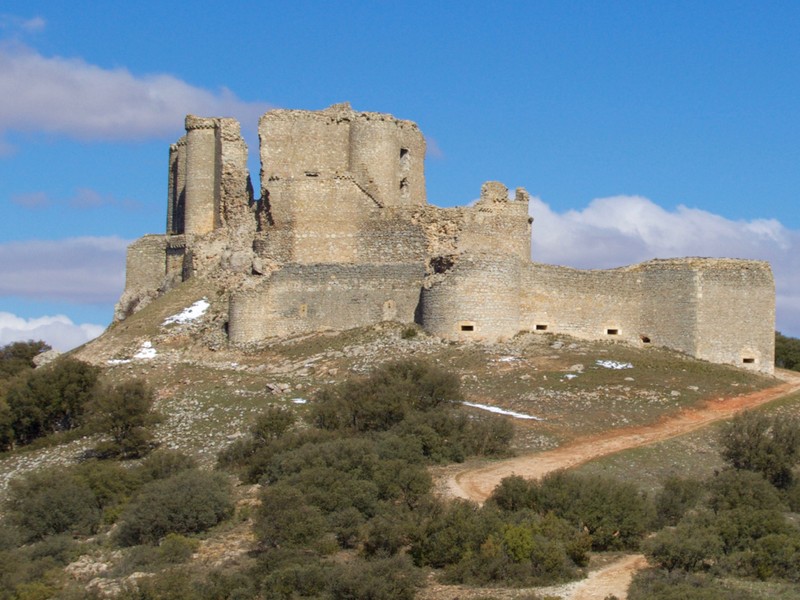 Rebuilt between the 14th and 15th centuries in the Sierra Jarameña on an earlier Andalusian fortification, taken by the Order of Santiago in 1177 who built the first Christian castle. In a state of ruin, it seems that its restoration will begin. Formed by three enclosures, the most modern the exterior, with six cubes distributed by the two interiors, of which the remains of five are conserved, currently conserves although in bad condition the walled enclosure, the tower of the homage, the central courtyard with cistern, cellars and stables.

In spite of having being constructed in the middle of the 15th century, in which the majority of the strengths were of the type castle – palace, in this case we meet a castle created to defend the territories of his owner and to control the step along the bridge on the river Congosto. Of hexagonal plant, a walk of round crosses the whole wall, with a wall separating the court of weapon of the rest, a great tower of four floors and rectangular plant and another building of the same height and with form of D constructed years later. The set suffered big destructions during the war of the Independence and it is being restored at present. 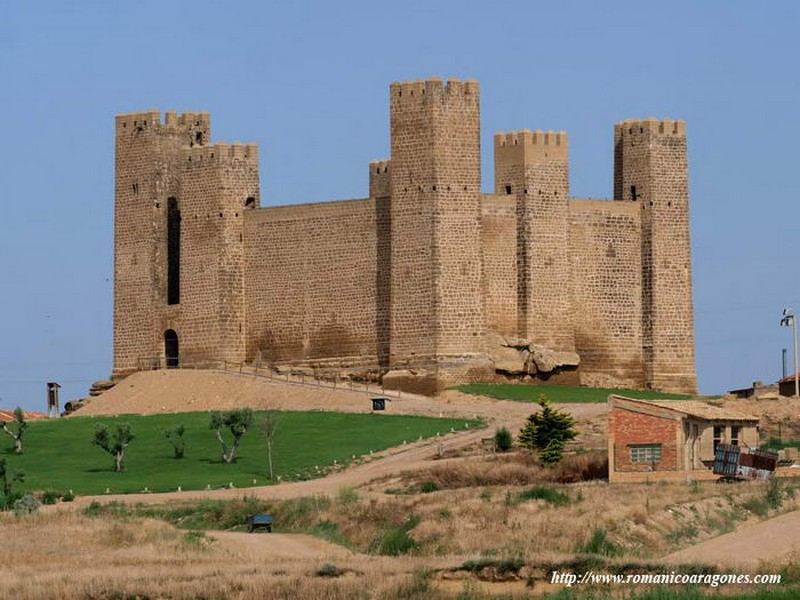 Founded by Alfonso I the Battler in 1125 on a previous Arab castle, it was greatly modified in 1215 after its conquest by Sancho the Fort of Navarre. Its floor plan is an almost perfect rectangle, measuring 33 x 25m, of which seven majestic towers stand out, two of which form the access in turn to the interior of the enclosure. In its interior there is a small chapel in the form of a cube, which on the outside is only recognized by two large semicolumns attached to the right of a simple cover. 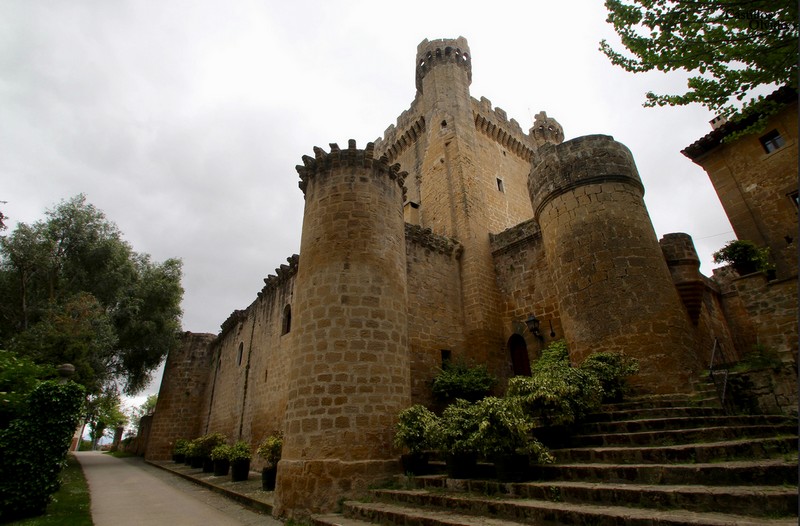 Sajazarra was strengthened between the XIIth and XIIIth century At the end of The 13th century there existed a primitive tower that was replaced with the castle / palace that still remains in the second half of the 15th century on the villa having transformed in dominion of the Velasco. It is constructed in cut stone, with an exterior rectangular enclosure, round buckets in the corners and flanking the door of access, and a defensive spur in the East. With the tower of the honoring in the center of the rectangle, of it plants also rectangular, with towers octogonales in his corners, crowned with matacanes and battlements. 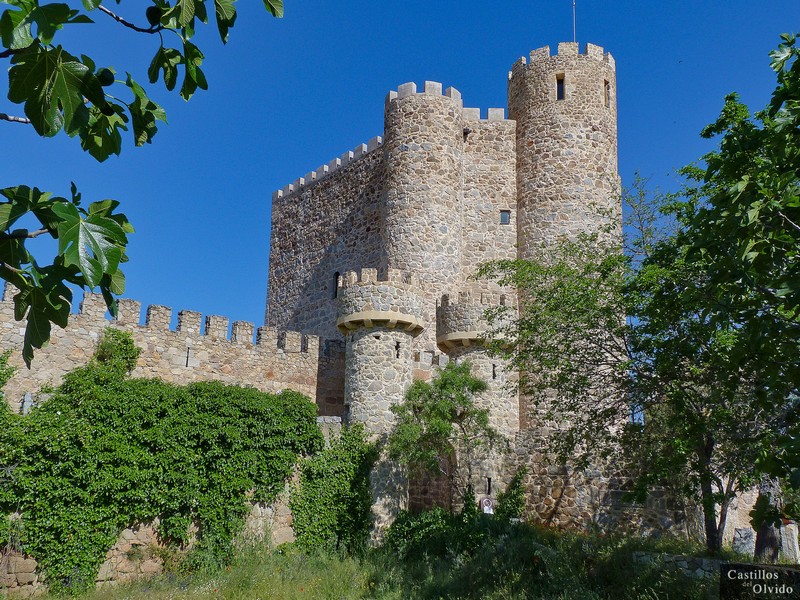 There is news of this castle since the twelfth century, although the current one was finished in the fifteenth century. Surrounded by a 4m high barbacan, it has a square plan with three circular cubes, a pentagonal homage tower, of great height and an albarrana tower. Its courtyard, which overlooks the various outbuildings, among which the tower of the homenage and the chapel stand out. Fully restored in 2007, it currently belongs to the Castillo de Coracera Foundation, is open to visitors and is dedicated to the organization of events. 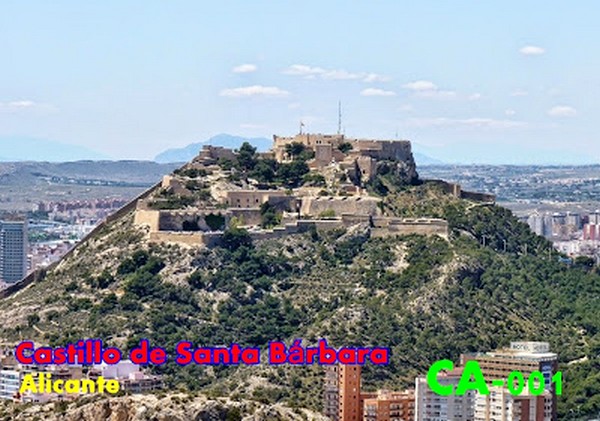