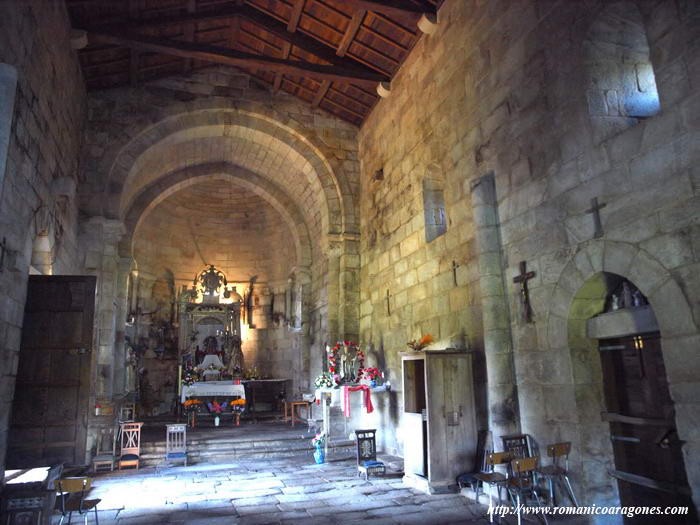 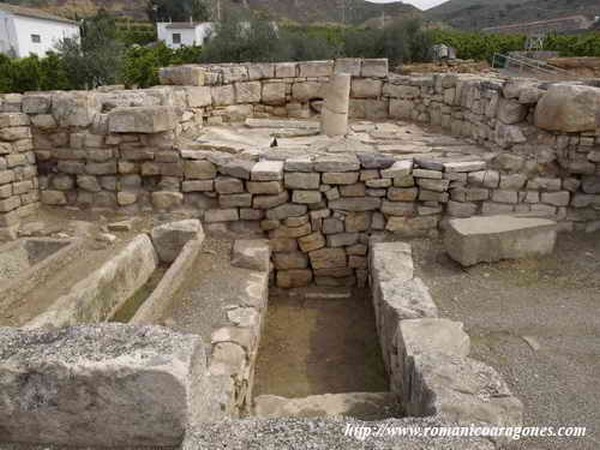 As part of a larger site, two Roman villas and a Paleochristian basilica are superimposed, the oldest known in Aragon, which was modified and reused in the sixth century Visigoth. It has three naves separated by arcades and a single semicircular apse interiorly, but with a flat front, with an exterior baptistery in front of the head. Magnificent mosaics of the Roman villas and different Visigothic elements of the 6th century are preserved, such as a chancel and a magnificent chrismon. 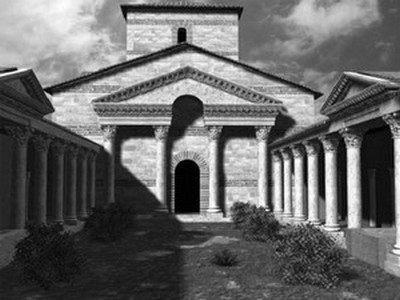 Located within a Late Roman villa, it belonged to the Prefect of the East in times of Theodosius and it is possibly the first Christian church known in Spain. It has a large lobby, an uncovered atrium fringed with two covered galleries supported upon columns, a cruciform church inscribed in a square and a four lobed mausoleum attached.

The remnants of this construction were found among those within a Roman villa, with a rectangular plan with two opposed apses, horseshoe shaped, one that contained a tomb, at the north, another one at the south and a third one, much smaller on the eastern wall with unknown purpose, as a continuation of a small corridor between the nave and the northern apse. 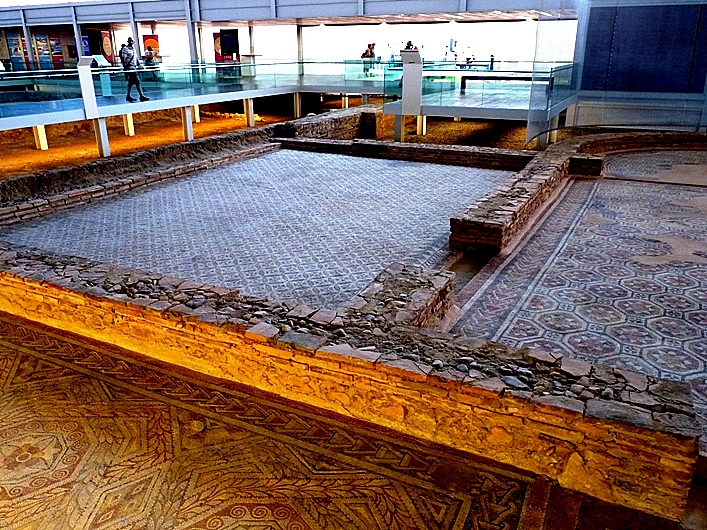 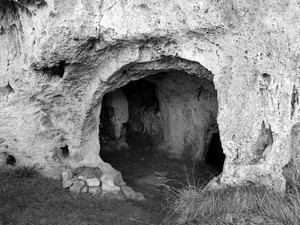 Hermitage ensemble created by utilizing three existing caves in El Tobazo, one of them was a cave church formed by a rectangular apse and a square nave with access through a horseshoe arch gate located in the western end of the northern side. One of the other caves might have been used for dwelling purposes and the other one for burials. 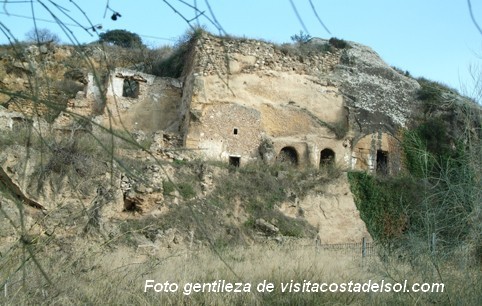 Cave ensemble excavated on a rocky headland. It consists of two rectangular caves not connected with each other, in which the western side was closed by masonry walls. The larger one, oriented towards east, must have been the church, with a single nave covered with a barrel vault, with a semi circular arch surrounding the apse and two small lateral compartments. The other cave, much smaller, could have been a hermit cave. 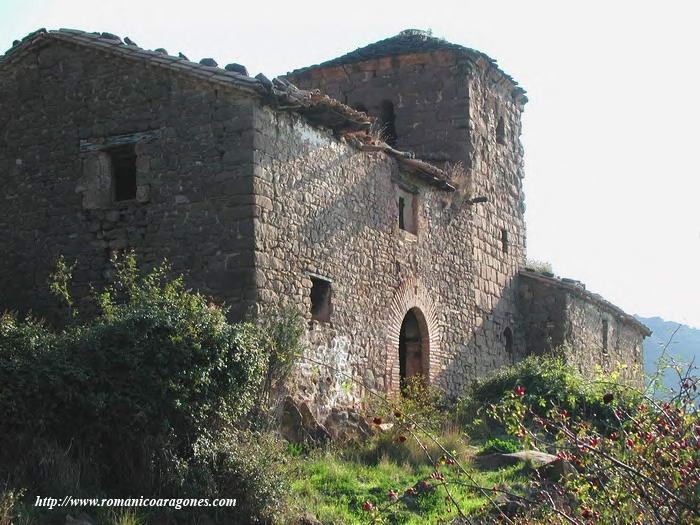 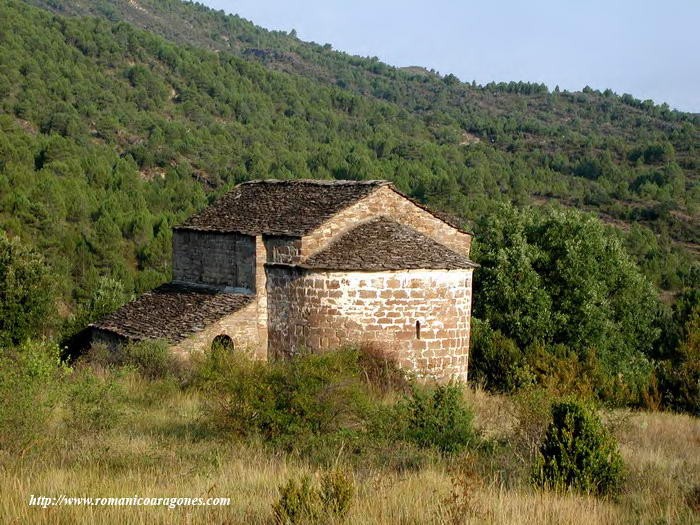 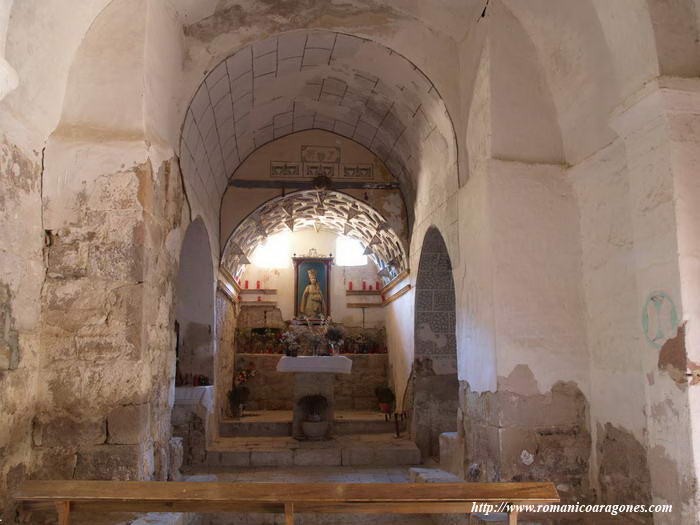 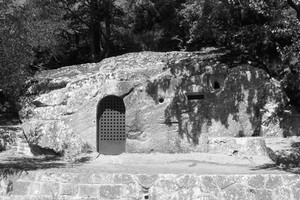 Small hermitage carved on the rock that consists of a nave and a rectangular apse separated by a triumphal semicircular arch. On account of its features it may have been a Visigothic hermitage from the period of St. Millán de la Cogolla or maybe one of the multiple hermitage centres created in the valley of Valderredible during the resettlement. 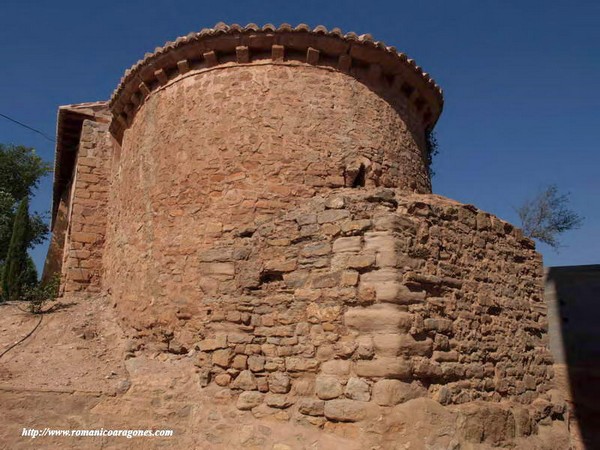 This chapel, rectangular in shape and semicircular, is one of the few temples of Romanesque origin in the province of Teruel and the only construction that remains complete of the dependences of the old castle. It was probably built as a chapel of the fortress, later to play the role of parish. The castle of Camañas was one of those that Alfonso II of Aragon delivered to the Order of the Holy Redeemer in 1174, with the purpose of repopulating. 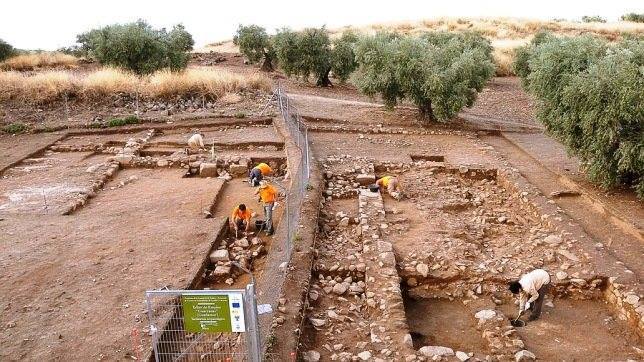